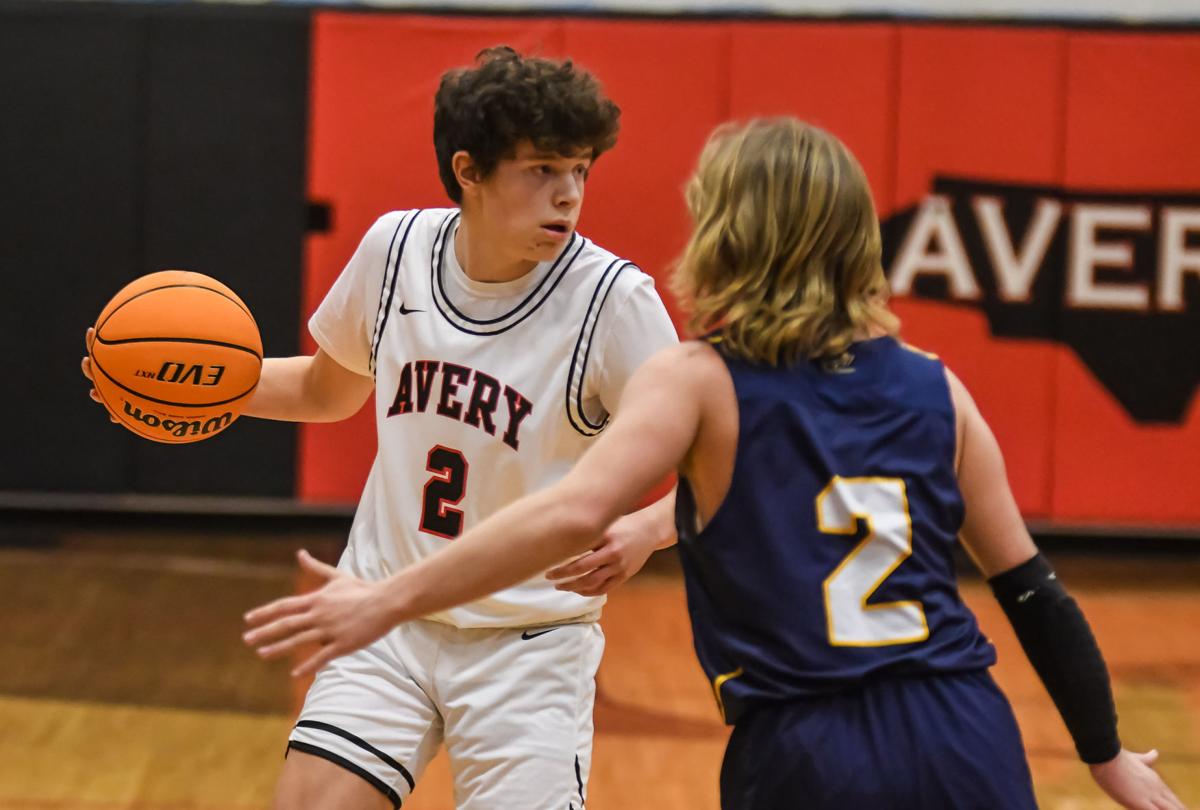 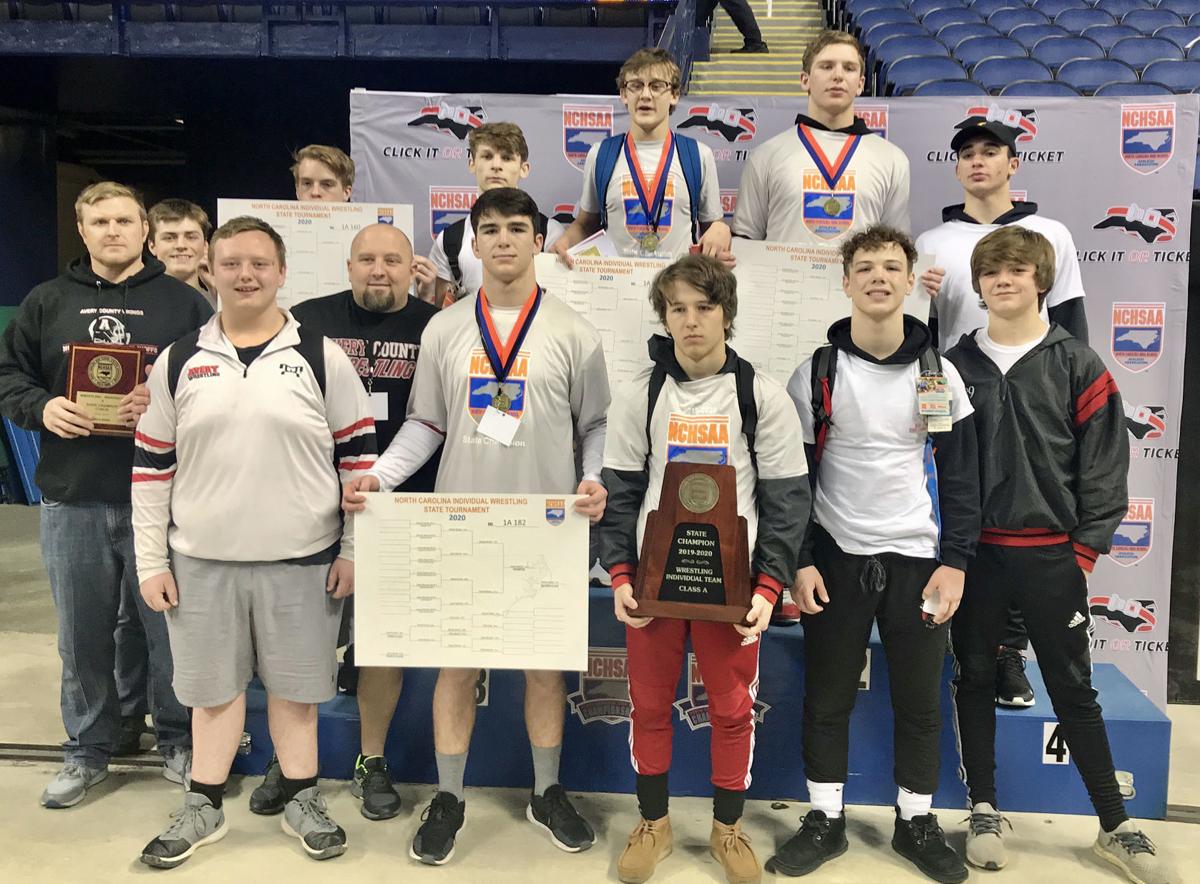 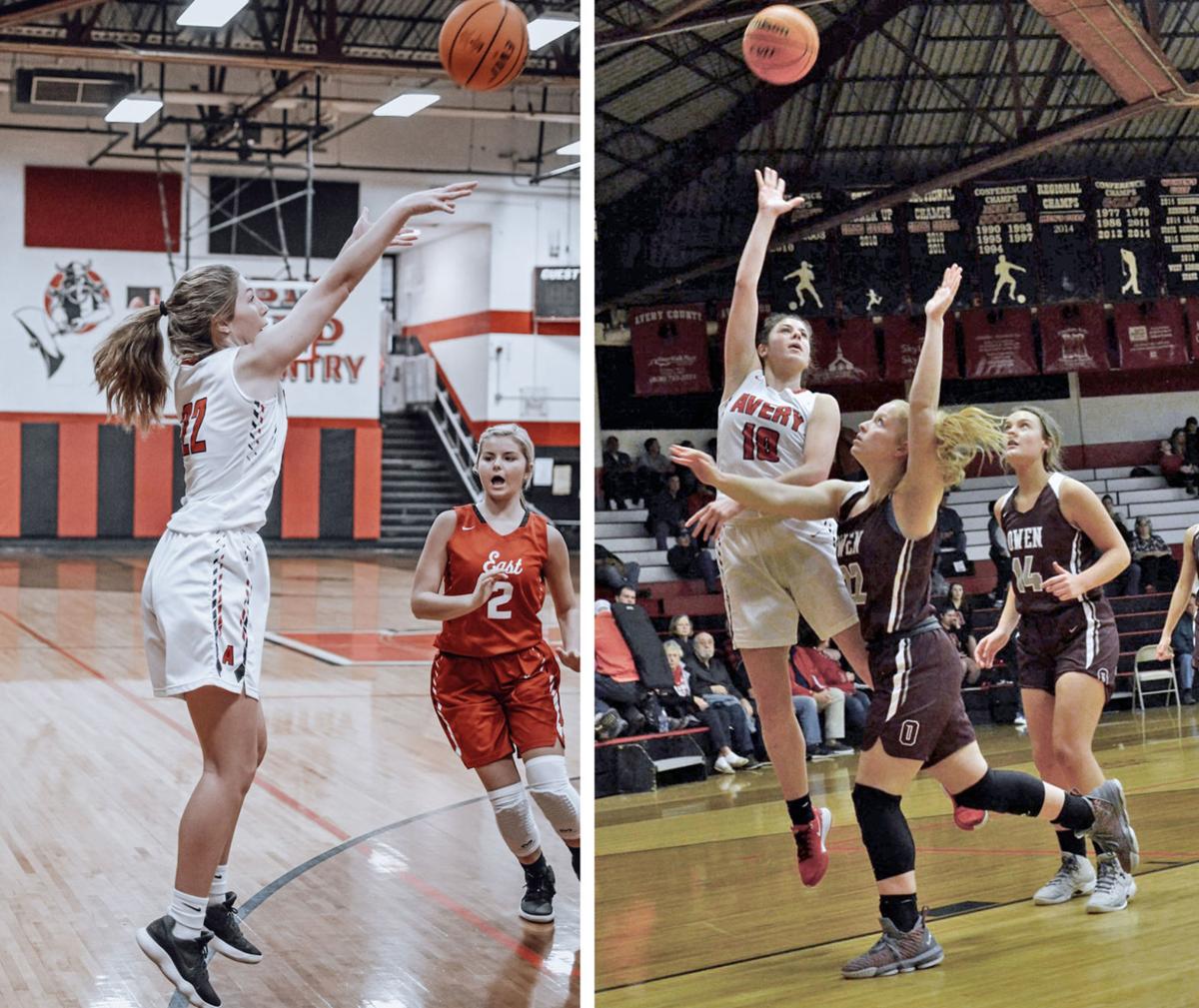 Reagan Hughes (left) and Tiffany Brocco (right) were named to the All-Western Highlands Conference girls basketball team. Brocco was also selected to participate in the Midwest/West 1A All-Star Game on March 21.

Reagan Hughes (left) and Tiffany Brocco (right) were named to the All-Western Highlands Conference girls basketball team. Brocco was also selected to participate in the Midwest/West 1A All-Star Game on March 21.

NEWLAND — Avery’s winter sports garnered a number of accolades for the 2019-20 season, including numerous Western Highlands Conference awards to go with a pair of state championships during the season.

AHS boys and girls basketball combined for a total of three student-athletes named to All-WHC teams, while 11 Avery wrestlers were named to the All-Conference team to go with WHC Coach of the Year Matthew Dunn and Conference Wrestler of the Year Lucas Andrews.

On the girls’ side, Avery senior forward Tiffany Brocco and junior Reagan Hughes were tabbed All-Western Highlands Conference by the league’s coaches. Brocco has also been selected to represent Avery in the annual West/Midwest 1A Girls All-Star Game to take place at Cherokee High School on March 21.

The remaining ladies All-WHC team members include the following:

After many personnel changes a year ago, Mike Pettine’s defense aims for big steps in 2020