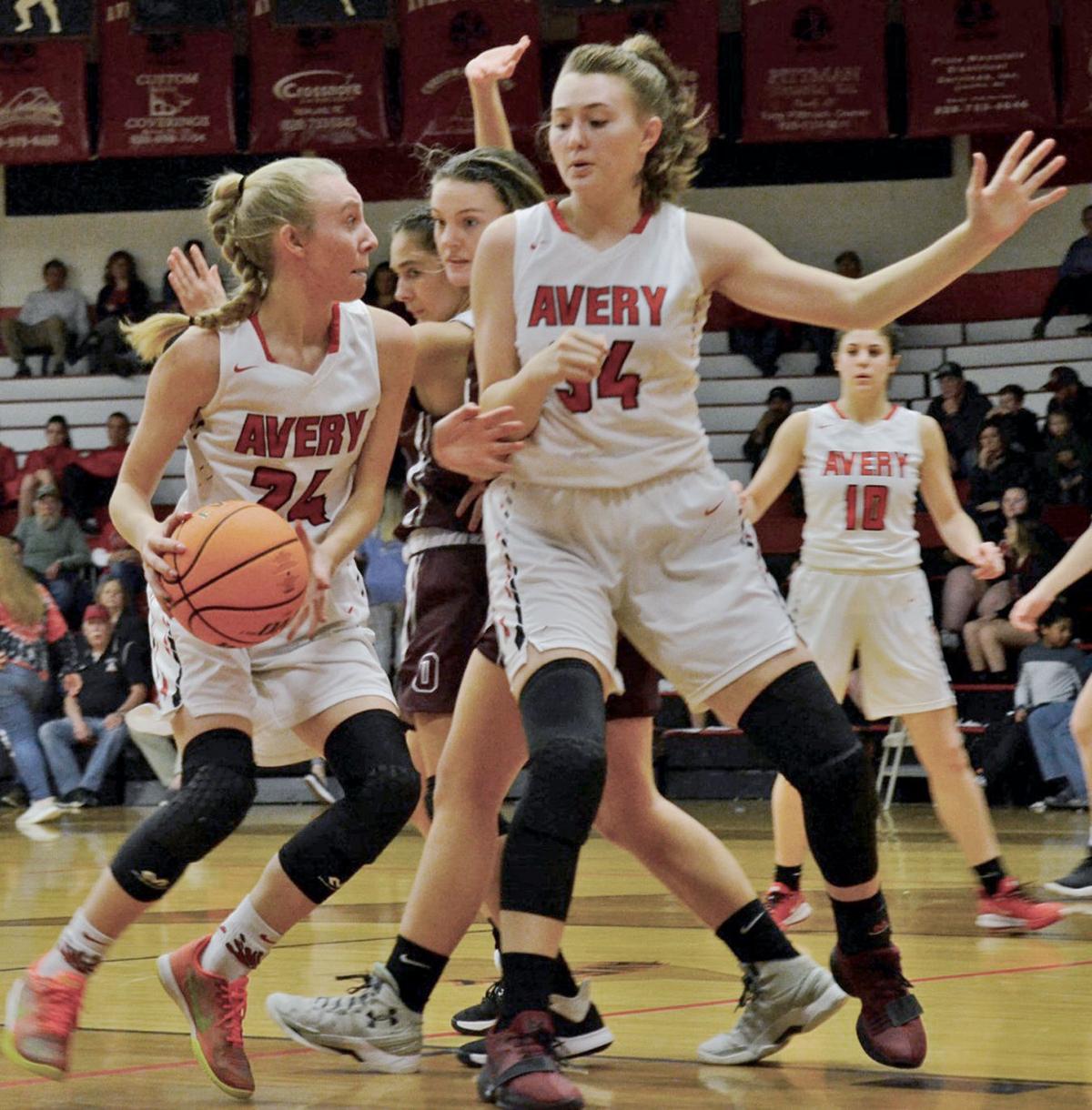 Alexis Stines uses a screen by teammate Addie Beck to make a move to the basket in Avery’s home matchup last week against Owen. 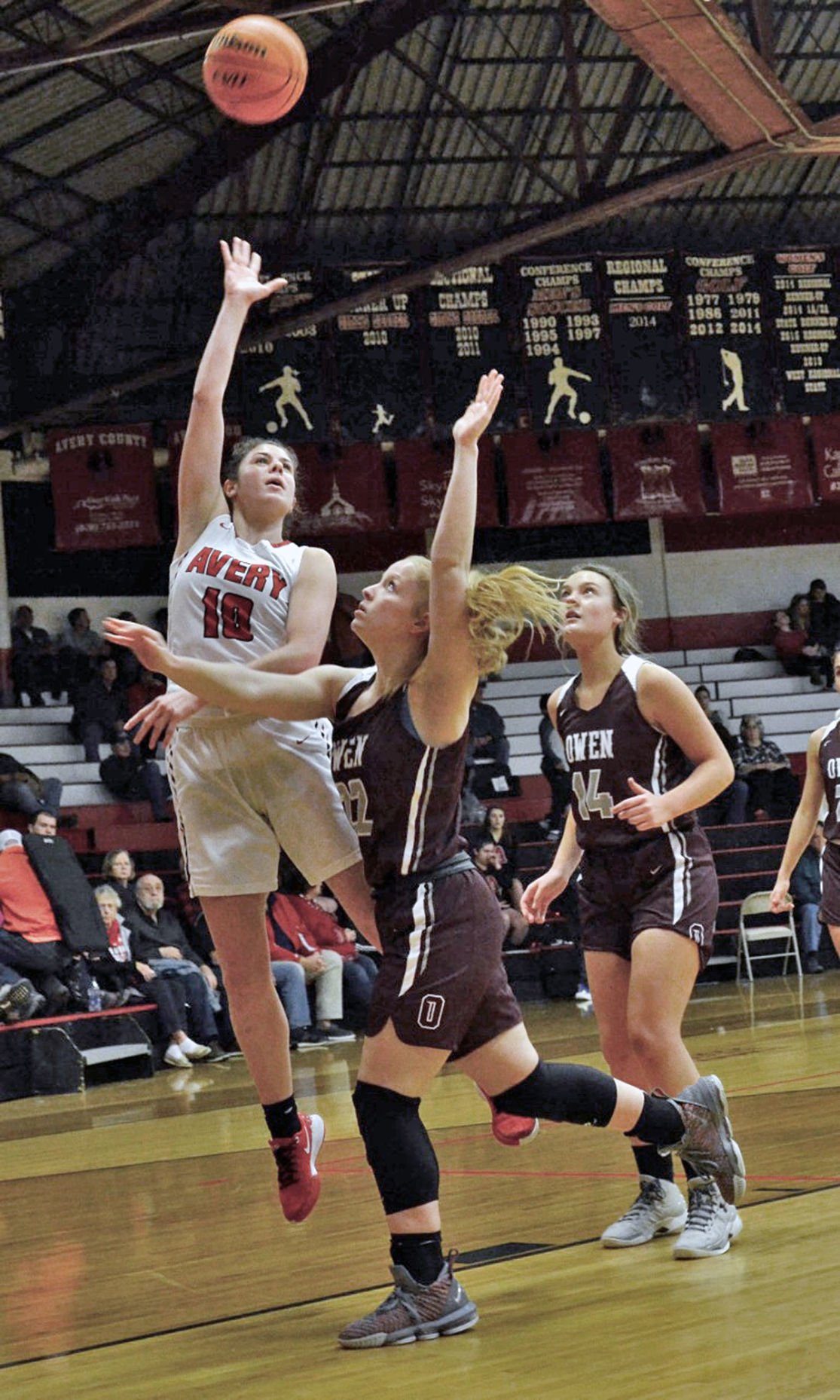 Senior Tiffany Brocco lifts a shot to the basket during Avery's varsity girls conference basketball game against Owen on February 5. 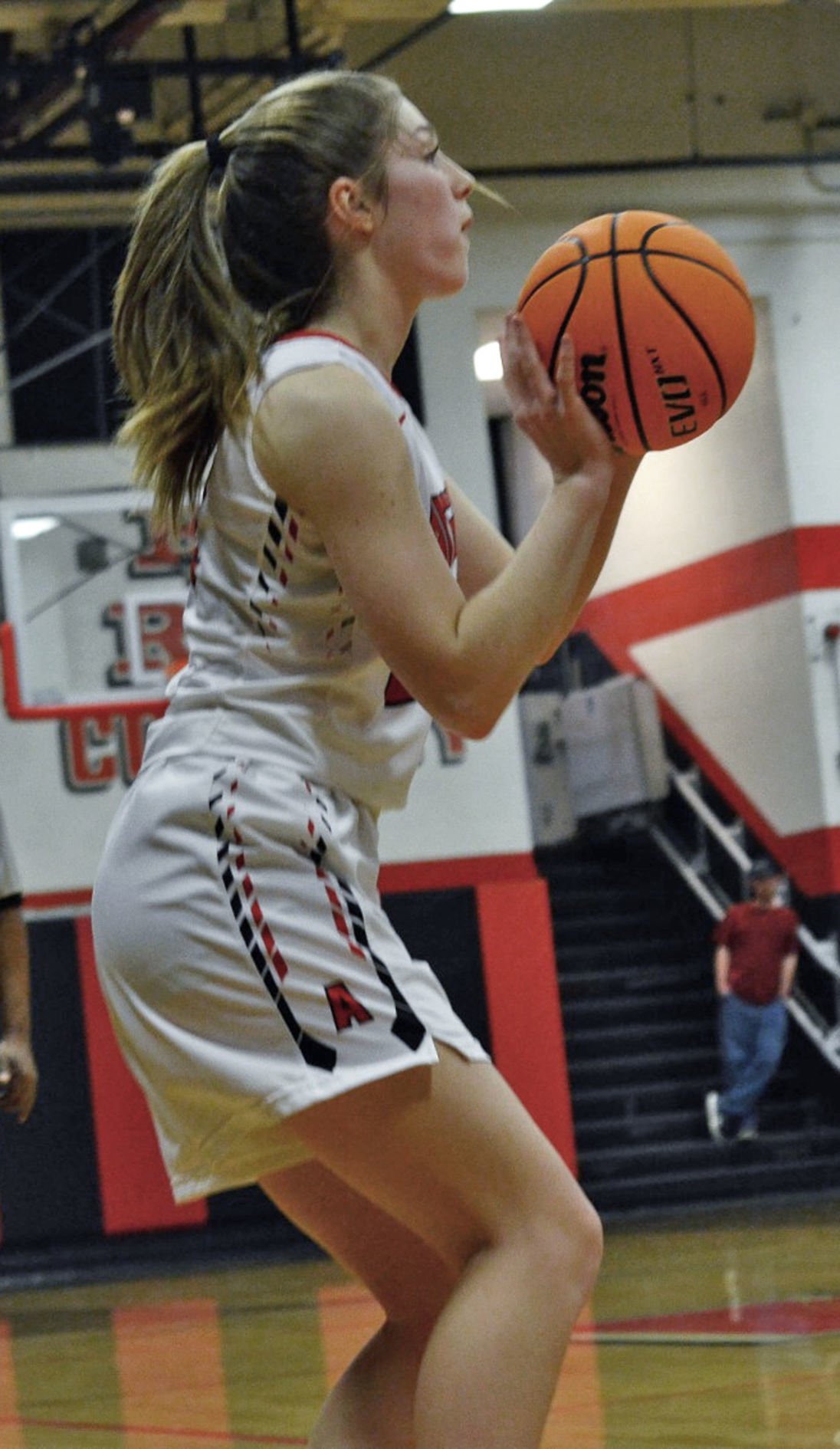 Reagan Hughes sets up for a jump shot in Avery girls varsity basketball against Owen in Viking Gym on Wednesday, Feb. 5.

Alexis Stines uses a screen by teammate Addie Beck to make a move to the basket in Avery’s home matchup last week against Owen.

Senior Tiffany Brocco lifts a shot to the basket during Avery's varsity girls conference basketball game against Owen on February 5.

Reagan Hughes sets up for a jump shot in Avery girls varsity basketball against Owen in Viking Gym on Wednesday, Feb. 5.

NEWLAND — Earlier in the conference season, the Avery Lady Vikings varsity basketball team jumped out to a double-digit second-half lead and held on to earn a 48-44 win in Swannanoa, one of the club’s three conference wins on the season.

In the rematch between the schools, Owen looked for payback in Viking Gym and used a second half rally fueled by free throws to upend the Big Red by a 47-40 final score on Wednesday, Feb. 5.

Both teams started favorably from the opening tip, with Avery holding on to a scant 10-9 margin at the end of eight minutes of play. The Lady Vikings established its inside presence with a pair of baskets in the frame by sophomore Addie Beck, a basket from Reagan Hughes and a three-pointer from Cora Lee Hollifield. Owen countered with a pair of Miriam King field goals.

As the second quarter unfolded Owen managed to regain the lead at 21-20 by the halftime intermission by connecting on 6-of-8 free throws in the period. Emma Larios scored all six of her first-half points in the quarter while Avery found offense from senior Tiffany Brocco, who scored three points in the frame and was complemented by three more from Beck.

Avery’s defense continued to force Owen into low-percentage shot opportunities, but the Lady Vikings also struggled to maintain possession of the basketball. Beck scored a pair of baskets from the interior, while a Brocco basket and an Emma Wise free throw accounted for the remainder of Avery’s output for the quarter. Owen’s E. Larios, who was the bane of the Avery defense in the first game in Buncombe County between the schools, managed one basket in the frame and a pair of free throws to reach double-figures by the end of the third stanza and help the Warlassies grab a narrow 32-27 lead.

In the final eight minutes of the contest Owen went ice cold shooting the basketball, failing to score a single basket in the entire quarter. Nevertheless, the Warlassies took advantage of Avery’s propensity to foul on defense to make waves at the charity stripe. Owen shot 20 free throws in the fourth quarter alone, making 15 of them. A 6-0 scoring margin early in the fourth quarter gave the Warlassies a double-digit lead and just enough padding to withstand any Avery comeback.

Hollifield and Hughes each scored four points in the final stanza for the Big Red, with baskets from Hannah Crosby and Alexis Stines, but Avery could pull no closer than five points in the closing moments of the game.

Beck led all Avery scorers with 11 points, with nine from Hollifield and six points apiece from Hughes and Brocco. Owen’s Emma Larios led all scorers with 24 points, including 11 points on free throws in the fourth quarter. No other Warlassie scored more than six points for the game.

On Feb. 10, the Lady Vikings hosted Mitchell in a game that was postponed on Feb. 7 due to weather. The game served as Senior Night, as Avery players Hannah Crosby, Lila Cantrell, Brooke Ingram and Tiffany Brocco were recognized for the contribution to the Avery program.

ACHS was also scheduled to play host to the Polk Lady Wolverines on Tuesday, Feb. 11, to close out the regular-season schedule before next week’s Western Highlands Conference Tournament. A report on both games can be found in next week’s edition of The AJT.

Clemson will reportedly pay Wyoming $1.1 million to buy out of 2021 game