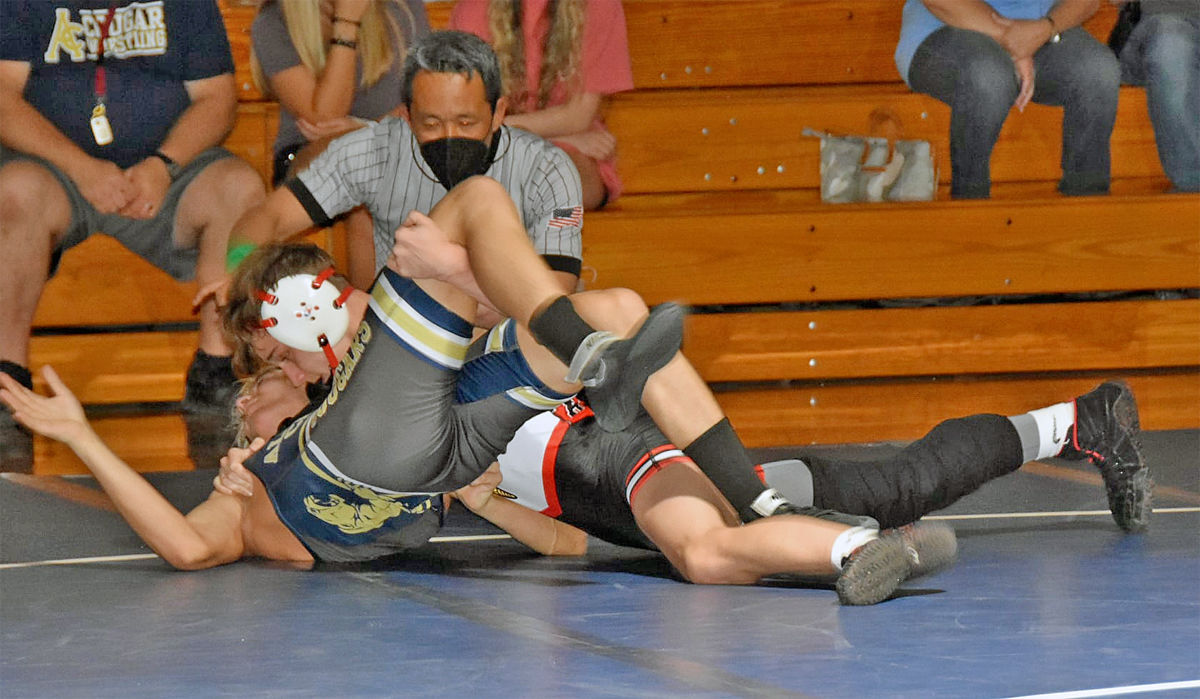 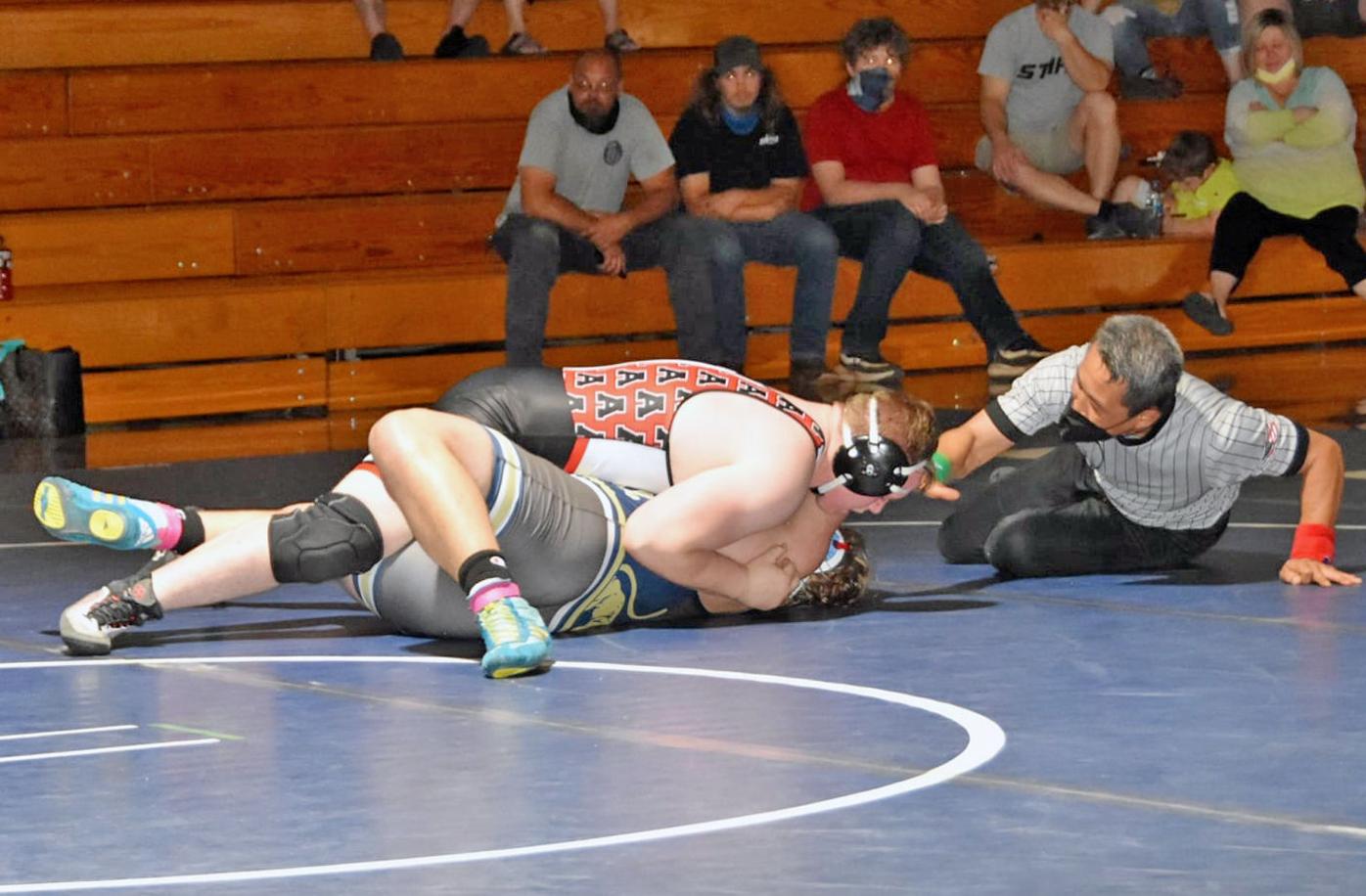 Zach Vance won a pair of matches this week by pinfall, including a win at Alexander Central over Thomas Cline at the 220-pound weight class.

Zach Vance won a pair of matches this week by pinfall, including a win at Alexander Central over Thomas Cline at the 220-pound weight class.

The defending state-champion Avery Vikings wrestling team picked up where it left off at the end of the 2020 season, dominating a pair of dual meets last week to open its 2021 season.

NEWLAND — The Vikings were scheduled to travel to Moravian Falls to take on Wilkes Central to open its season on Wednesday, April 28, but the game site was switched to Viking Gym early in the week, allowing the Avery faithful to cheer on their home team. Although numbers of attendees are still limited due to state executive orders in response to COVID-19, the group of fans on hand were vociferous and supportive of the Big Red, as the Vikings rolled to a dominant victory.

Avery surrendered only two bouts over the entire match. One of which was a loss via forfeit at 113 pounds, while the team’s other victory came by way of fall at 195 pounds by the Eagles’ Isai Hernandez. Otherwise, Avery earned points in all remaining bouts by forfeit or fall.

TAYLORSVILLE — Avery made its first road trip of the season on Friday, April 30, when it met the Cougars of Alexander Central in a dual. The Cougars provided a little sterner competition for the Big Red, but Avery still emerged victorious by a wide margin.

Avery surrendered a forfeit to Alexander Central at 106 pounds, but immediately gained the points back when Turja won via forfeit at 113 pounds. Avery teammate Jordan also received a forfeit win at 120 pounds.

In Reece’s first match of the regular season, he captured a pin over A-Central’s Christian McGaliard in 1:54, while teammate Shell won by pin at 132 pounds in 52 seconds over Adam Icard. Hayes earned a forfeit win at 138 pounds, with Cable earning a hard-fought win by second-period pinfall at 3:49. Adams showed determination as he was dominant in his bout over A-Central’s Matthew Dooley, eventually earning the pin with just nine seconds remaining in the third period.

Parker remained unbeaten for the season with a pinfall victory in 29 seconds over the Cougars’ Elijah Peal, while Towe did Parker one second better, pinning A-Central opponent Gavin Hoskins in 28 seconds for six points.

In the 182-pound class, Hartzog wrestled a back-and-forth affair with Alexander Central’s Riley Fortner, coming up on the short end of a narrow 10-8 decision, while Noah Medders of A-Central earned a third-period win by fall against Avery’s Dakota Hoilman. At 220 pounds, Vance earned a win by pinfall in the final second of the second period, and teammate Andrews made quick work of opponent Furquan Maynard, winning by fall in 59 seconds.

Avery returns to the mat this week with a pair of matches at Viking Gym. On Tuesday, May 4, Avery participates in a tri-match with North Wilkes and Ashe County, while on Friday, May 7, the Big Red opens Western Highlands Conference action by hosting conference foe Mountain Heritage.