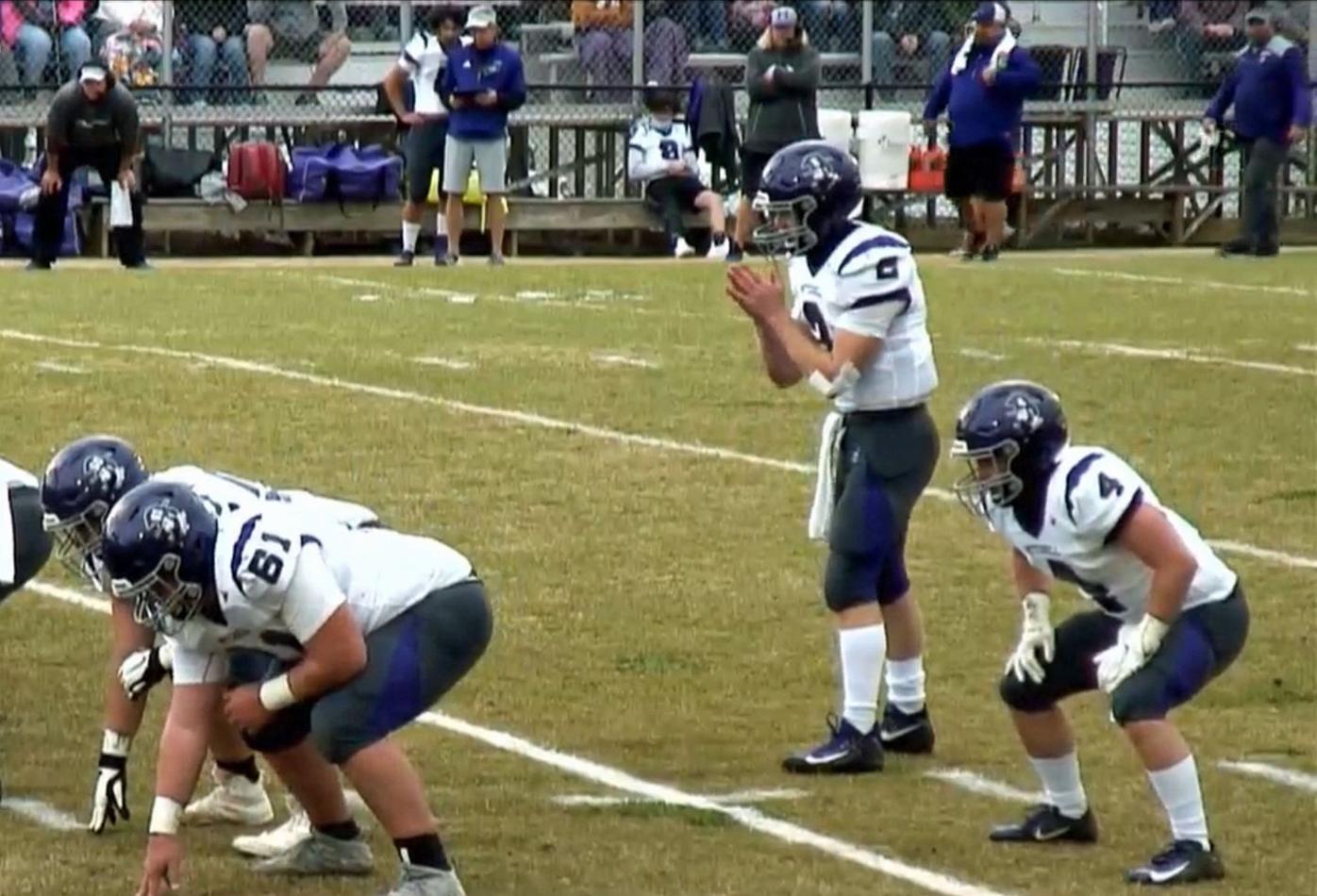 Mitchell quarterback Ty Turbyfill and running back Tanner Duncan prepare for the snap in the Mountaineers’ second-round state playoff game at Robbinsville on April 23. 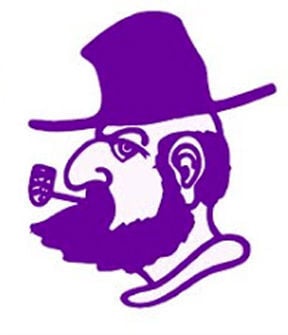 Mitchell quarterback Ty Turbyfill and running back Tanner Duncan prepare for the snap in the Mountaineers’ second-round state playoff game at Robbinsville on April 23.

ROBBINSVILLE — In a matchup between a pair of unbeaten squads and conference regular-season champions, a handful of plays made the difference in the outcome of Mitchell’s second round 1A state football playoff game on Friday, April 23, at Big Oak Stadium against the defending state champion Robbinsville Knights.

The contest was a struggle for supremacy at the line of scrimmage between a pair of talented front lines, but RHS took advantage of several chunk yardage plays on offense and limited the MHS attack to its lowest output of the season en route to a hard-earned 28-20 win.

Mitchell mustered only 268 yards in total offense for the game, while Robbinsville’s run-dominant offense gained 430 yards of total offense in the win.

After forcing Robbinsville to punt with its opening possession of the game, Mitchell’s offense went to work with an impressive scoring drive, taking more than 10 plays to matriculate the ball 70 yards, with Ty Sparks finding the end zone on a jet sweep around the left side from seven yards out. Cole Woodard tacked on the extra point to stake the visitors to a 7-0 lead with 1:38 to play in the first quarter.

Beginning its ensuing series from its own 20-yard line, Robbinsville regrouped and used nine plays to drive 80 yards to answer the MHS score. Relying heavily throughout the season on the senior tandem of quarterback Nathan Collins and running back Lex Hooper, it was freshman fullback Kage Williams who came up who was uncaged by RHS head coach Dee Walsh on the drive, as Williams burst through a seam and rumbled 42 yards into Mitchell territory before a Collins 7-yard touchdown run, with a Cody Cline extra point tying the game at 7-7 with 10:32 remaining in the first half.

Mitchell’s most significant mistake of the opening two quarters occurred on its next offensive series, as a deep Turbyfill pass was intercepted by Dasan Gross and returned into Mitchell territory. Four plays following the pick, Williams got free on a run again, this time rumbling 30 yards to the end zone. Cline’s PAT gave RHS a 14-7 lead, an advantage that the Knights would not relinquish for the remainder of the game.

Following an exchange of punts, Mitchell regained possession with two minutes to play before halftime, and the offense went to work. Riding the arm of its sophomore quarterback Turbyfill, the signal caller made amends for the previous error by throwing a pair of pinpoint strikes to quickly move the Mountaineers into scoring territory. Running back Tanner Duncan finished the drive that elapsed just more than 90 seconds of time, scoring on a 3-yard run. Woodard’s extra point try following the score was blocked, however, leaving the Mountaineers with a slim one-point deficit at 14-13 entering halftime.

Defenses bowed their respective necks to open the second half, as Mitchell could only generate one first down over the course of its first two possessions of the third quarter, while Robbinsville was held to a three-and-out on its first series.

With its second attempt on offense, however, the Knights were led in their crusade for points by its senior signal caller Collins, who called his own number and broke loose from containment for a 51-yard run to the Mitchell 2-yard line. From there Collins finished the drive with a 1-yard sneak across the goal line to give the home team a 21-13 advantage with 4:11 to play in the third quarter.

Mitchell found the sledding tough against the RHS defense, having to punt for a third consecutive possession to open the half, but the MHS defense showed it wasn’t an afterthought by forcing the Knights’ first turnover on its ensuing possession, when Hooper was stripped of the football and the Mountaineers recovered the loose pigskin. As the third quarter rolled into the final stanza, Mitchell could not cash in on the RHS mistake, failing to convert on a fourth-down play to give the ball over to the Knights.

Holding a one-possession lead and the outcome of the game remaining in doubt, Collins made the play of the night, as he again called his own number for a carry, darted through several tackles and outraced the defense 78 yards to the end zone to the delight of the Robbinsville faithful. Cline’s PAT extended the Knights lead to 28-13 with 10:08 to play in the game.

In typical fashion, the Mountaineers demonstrated the moxie and never-say-die mentality that has been indicative of the team during the coaching tenure of head coach Travise Pitman. MHS quickly moved downfield following the latest RHS score, taking just six plays to maneuver 58 yards, with Turbyfill scoring on a 2-yard run. Woodard’s PAT drew the Mountaineers back within one possession at 28-20 with 6:40 to play.

Momentum swung even greater into the favor of the visitors when fullback Williams fumbled on the second play of Robbinsville’s ensuing drive, as Mitchell recovered inside the RHS 40-yard line, poised to possibly tie the game. Faced with a fourth-down decision, Mitchell rolled the dice and completed a pass from Turbyfill to Arrington for an apparent first down inside the Robbinsville 10-yard line, but an offensive holding penalty negated the gain. An incomplete pass on the replay of fourth down gave possession back to the Knights, who gained three first downs and ran out the remaining 4:20 off the clock to clinch the team’s 23rd consecutive win dating back to 2019, advancing to host conference rival Murphy in the 1A Western Regional championship game.

Collins completed 4-of-5 passing, but did most of his damage with his legs, gaining 175 yards on 12 carries with three touchdowns.

Duncan led the Mountaineers with 67 rushing yards in the game, while Turbyfill completed 12-of-20 passes for 173 yards. Carter Hoyle led the MHS defense with seven tackles, with six tackles from teammate Xander Gardner and five tackles each from Gabe Brandt and Mason Bullis.

Mitchell finishes its spring season with a 7-1 overall record.