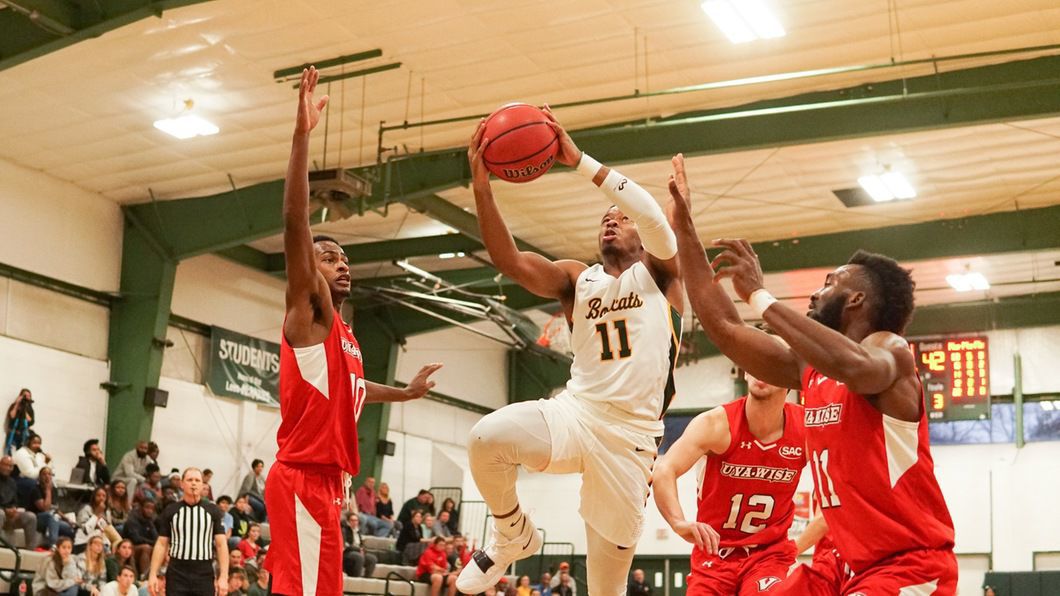 Timon Jones netted 10 points off the bench in Lees-McRae's win over Eastern Nazarene at Williams Gym on Nov. 27. 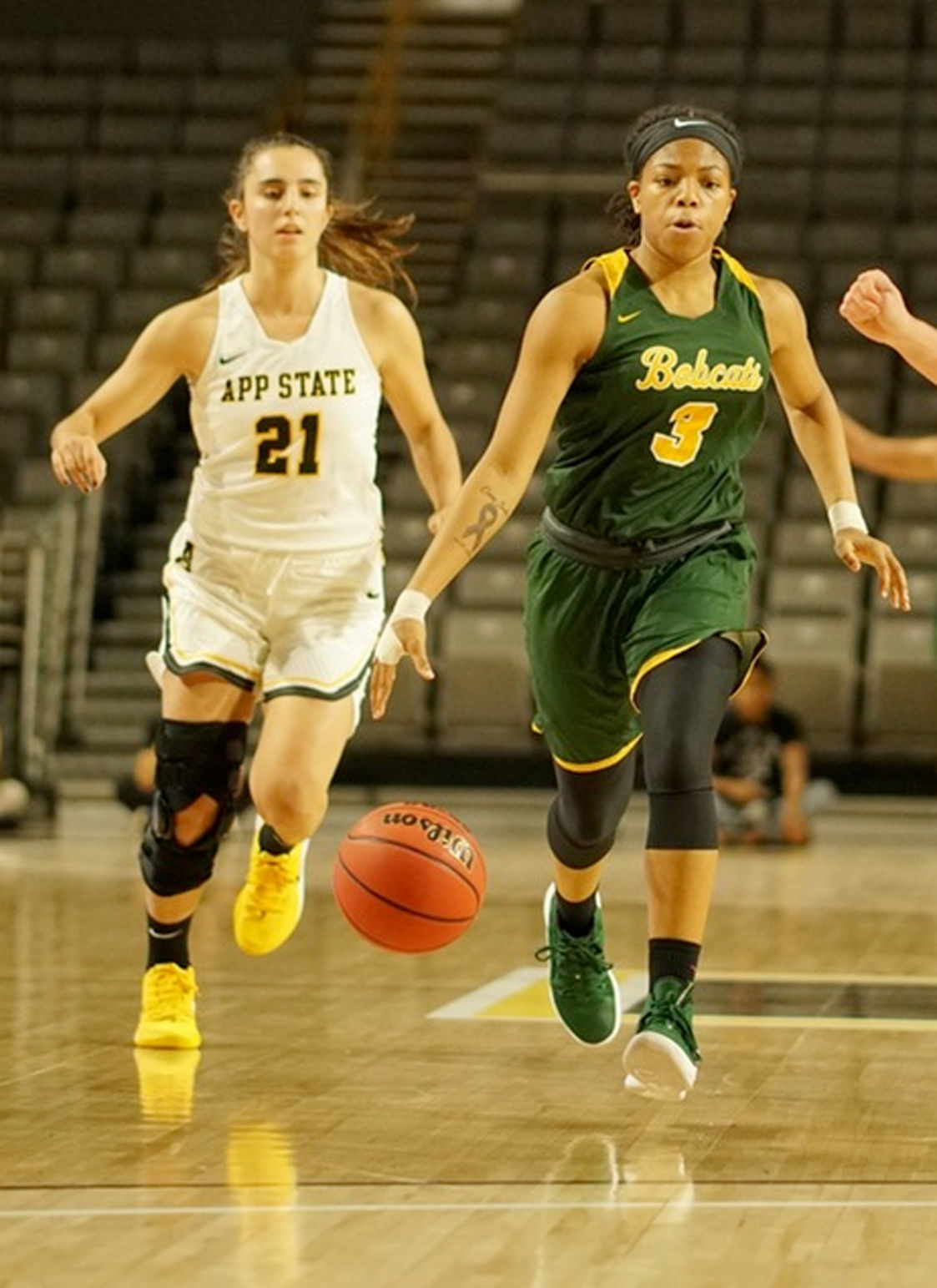 Timon Jones netted 10 points off the bench in Lees-McRae's win over Eastern Nazarene at Williams Gym on Nov. 27.

Bobcats basketball runs win streak to four in a row

BANNER ELK — The Lees-McRae College men's basketball team picked up a third straight victory on Wednesday, Nov. 27, as it defeated Eastern Nazarene College, led by former LMC head coach Scott Polsgrove, by a score of 89-68 at Williams Gymnasium. With the win, the Bobcats improved to 5-1 this season.

The first 20 minutes of action were pretty competitive between the Lions and Bobcats. Lees-McRae was led by the duo of Kamil Williams and Quay Kimble who combined for 23 points. Despite the efforts of those two and the rest of the Bobcats, the Lions turned to their interior offense to score, as they netted 20 points in the paint in the first half. After 20 minutes of action, the Bobcats held a 37-29 lead after Williams buried a three-pointer at the buzzer to give his team the momentum going to the halftime break.

Individually, Lees-McRae was led by Kimble with 21 points, four rebounds, four assists and five steals. Williams finished with 15 points, including a perfect 8-for-8 from the free throw line. Rounding out the individual performances for the Bobcats was Timon Jones who netted a career-high 10 points off the bench on 4-for-5 shooting from the field.

Former Avery High School standout Jacob Waldroop started at guard for the Lions and logged 31 minutes, pulling down four rebounds with a pair of assists.

The Bobcats got off to a slow start as Limestone built an early lead. Lees-McRae were able to recover from their cold shooting and take their first lead of the game at 10-8. From there, they pushed their lead to as many as 11 on two occasions in the first half before Limestone battled back to close the gap. Jerick Haynes poured in 13 first half points and the Bobcats led at the break, 36-35.

The contest continued to be a back and forth affair in the second half. Both teams quickly found themselves in the bonus and going to the charity stripe early and often. Ultimately, the game was decided late when missed opportunities on offense for the Saints led to Bobcat points and eventually the victory.

Lees-McRae was led on the day by Jerick Haynes who finished with 26 points on 11-of-17 shooting. Kimble and Williams were also in double figures with 13 and 11 points, respectively.

The Bobcats will return to action Wednesday, Dec. 4, when they face King on the road. Tipoff from Bristol is scheduled for 7:30 p.m.

GAFFNEY, S.C. — The Lees-McRae College women's basketball team fell on the road at Limestone College by a score of 87-63 on Saturday, Nov. 30, in the team's first conference game of the season. With the loss, Lees-McRae's record moves to 3-6 on the 2019-20 campaign.

Lees-McRae and Limestone played competitively in the first two quarters of the contest. Limestone used a combination of slightly better shooting from beyond the arc and fast break offense to build a 40-31 lead over the Bobcats heading into the halftime break. The Saints knocked down seven three-pointers in the first half and added six fast break points that seemed to swing the momentum their way to build their advantage.

When the two teams returned to the court for the third quarter, the Bobcat offense started slowly. Thanks to this slow start, Limestone opened 23-point lead on the Bobcats with just under four minutes to go in the third quarter. Despite closing the gap some heading into the fourth quarter, the Bobcats ultimately could erase that Limestone lead as the Saints finished off the 87-63 victory.

Individually, the Bobcats were led by Destiny Johnson with team-highs in points (12) and assists (3). Four more Bobcats finished with at least eight points on the afternoon. Makayla Smith and Tiana Shuff scored nine and eight points, respectively, off the bench to go along eight-point efforts from starters Davinique Campbell and Karli Mason.

Lees-McRae will be back in action at 5:30 p.m. on Wednesday, Dec. 4, when it visits longtime rival King University for another Conference Carolinas contest.