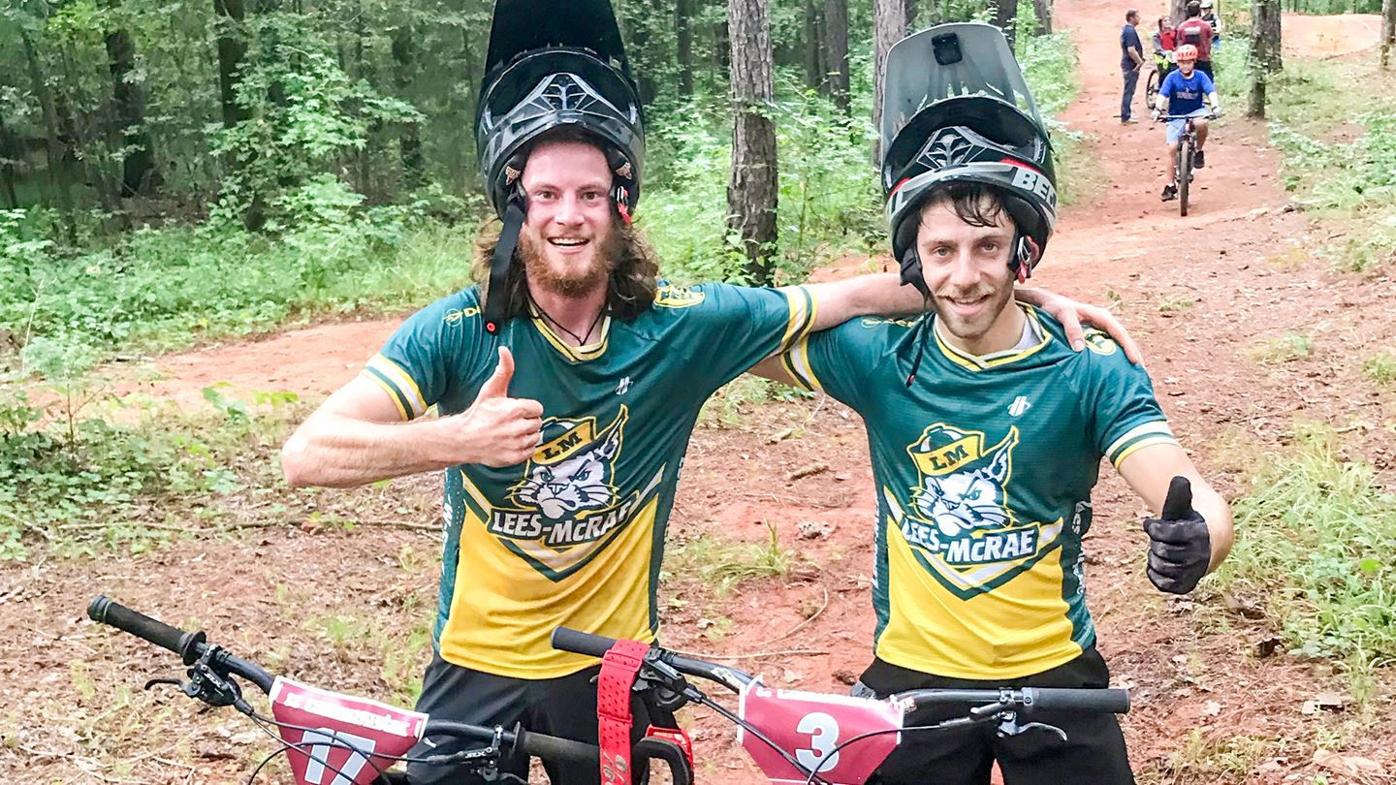 David Kahn and Andrew Strohmeyer competed at the Dual Slalom Men’s A and the Downhill Men’s A races at Auburn.

David Kahn and Andrew Strohmeyer competed at the Dual Slalom Men’s A and the Downhill Men’s A races at Auburn.

Before spending a little over a year and a half with Milligan, Devero was the co-offensive and co-defensive coordinator for the football program at Sedro Woolley High School in Washington. In addition to coaching on the gridiron, Devero also obtained his bachelor’s degree in Kinesiology.

“I am incredibly excited for the opportunity to work with the Lees-McRae student-athletes,” said Devero. “I would like to personally thank Jeff Merrill and Craig McPhail for putting their trust in me to help develop their student-athletes. I look forward to meeting every team on campus and to start creating plans that will make them better from day one.”

Devero played collegiate football at, a newcomer to the Conference Carolinas, UNC Pembroke in 2007, spent time in the arena football circuit from 2008-14, and got invited to participate in the NFL Regional Combine, held in Seattle, Washington, in 2014.

BANNER ELK – Alexa Todd (Vero Beach, Fla. / Vero Beach) and Taylor Barrineau (Iron Station, N.C. / East Lincoln) both scored second-half goals, while the Bobcats finished with an 11-3 edge in shots-on-goal, as the Lees-McRae women’s soccer team opened the 2021 season with a 2-1 victory over visiting Mars Hill in the non-conference action on Thursday, Sept. 2.

Lees-McRae and Mars Hill batted for the majority of the first 45 minutes with neither team breaking the deadlock. Freshman Kennedy Freeman (Kaysville, Utah / Mooresville) tallied two shots on target in the final two minutes of the first half to close out a stanza filled with scoring opportunities for the Bobcats.

Lees-McRae was aggressive out of the gates in the second half, tallying a shot in the first 21 seconds of action, and was rewarded when Barrineau scored on a header off an assist from freshman Gwen O’Brien (Newport, N.C. / Croatan).

The Bobcats extended the lead to 2-0, just more than a minute later, as Todd received a pass from Averee Andrews (Wake Forest, N.C. / Wakefield) and buried a shot past the Mars Hill goalkeeper.

Mars Hill tacked on a final marker in the 89th minute on an unlucky bounce off the foot of a Bobcat’s defender.

Four Lions tallied a shot in the contest, while Sarah Paiva tallied a game-high eight saves in net for Mars Hill.

Clayton State opened the contest with four shots in the first 11 minutes of action and was rewarded with the game’s opening goal in the 34th minute.

Lees-McRae responded with only eight minutes left to play in the first half with a goal by Oeksnevad on a header off a cross from Brown.

The Lakers reclaimed the lead just under five minutes into the second half.

The Bobcats battled for the remainder of the contest until Oeksnevad tallied his second marker with only four minutes left off an assist by freshman Watts to extend the game into extra time.

Lees-McRae had a couple of chances to break through in the overtime session but held off the Clayton State to earn the draw.

Lewis Green and Geo Rios scored for the Lakers.

BANNER ELK – Lees-McRae College Head Cycling Coach Tim Hall announced the hiring of Phillip Christmas as an assistant coach on Saturday, Aug. 28. Christmas comes to Banner Elk from Bowling Green, Ky., where he competed in mountain biking and road racing at Lindsey Wilson College, a rival in the SECCC conference, while also achieving his Bachelor’s degree in Biology.

“Phillip brings a lot of collegiate experience to the table having raced nationals multiple times, so he will relate well to our athletes striving to be their best,” said Hall. “He is a good communicator with a passion for helping others improve. I am eager to work alongside him to get out team back on the podium.”

Before coming to join the Lees-McRae coaching staff, Christmas served as a health environmentalist with the Barren River District Health Department and a water quality technician with the Warren County Water District in Bowling Green. In addition to his work within his degree field, Christmas also was the Head Mountain Bike Camp Instructor at the Leadership Academy, LLC in Nashville, Tenn. His main responsibilities included developing weekly event schedules, designing and leading skill activities, and overall communication with campers and parents.

“I am very excited to be a part of Lees-McRae’s Cycling Team,” said Christmas. “Working with highly motivated and talented cyclists is a passion of mine and I cannot wait to start training with everyone.”

AUBURN, Ala. – David Kahn tallied a pair of victories in the Dual Slalom Men’s A and the Downhill Men’s A races, while Andrew Strohmeyer won the STXC Men’s A race, to lead the Lees-McRae men’s cycling team at the season-opening competition at Auburn University.

Ian McDonald and freshman Mike Stocker crossed second and third respectively in the Cross Country Men’s A race to pace the Bobcats.

Andrew Strohmeyer won the STXC Men’s A race, while McDonald tallied his second podium finish with a second-place finish in the top STXC race of the weekend

Kahn followed up his performance in the dual slalom race by winning Downhill Men’s A race by a little over .60 seconds.

Freshman Jared Gollob and Jack Gilbert finished second and third respectively in the Dual Slalom Men’s B race, while freshman Cameron Locklear crossed second in the Cross Country Men’s B race and in the STXC Men’s B race.

Josh Foley posted a second-place finish in the Downhill Men’s B race, with Gollob crossing next with a third-place finish.

ESPN's College GameDay to be at Wisconsin-Notre Dame

Boise State dealing with rare issues running the ball and stopping the run: 'It's not the standard'