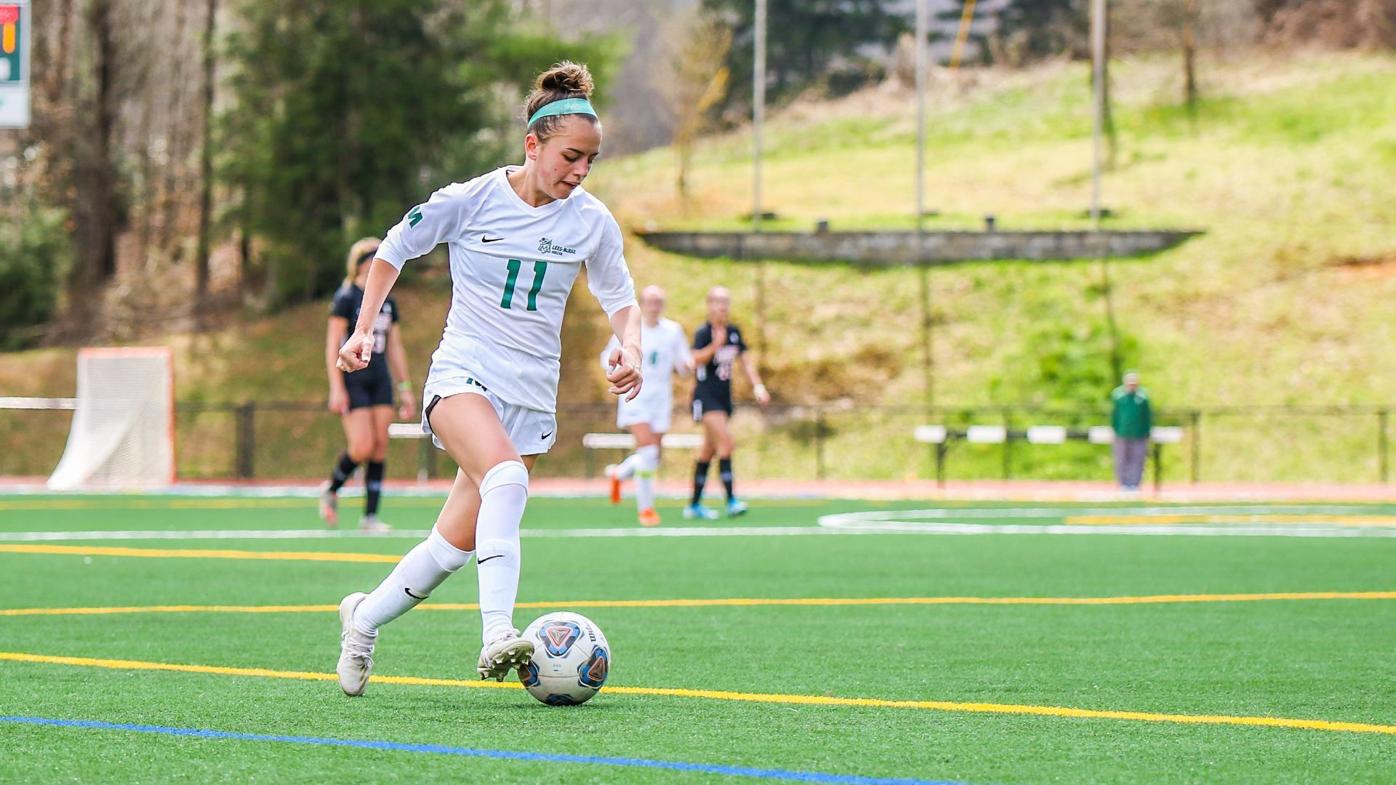 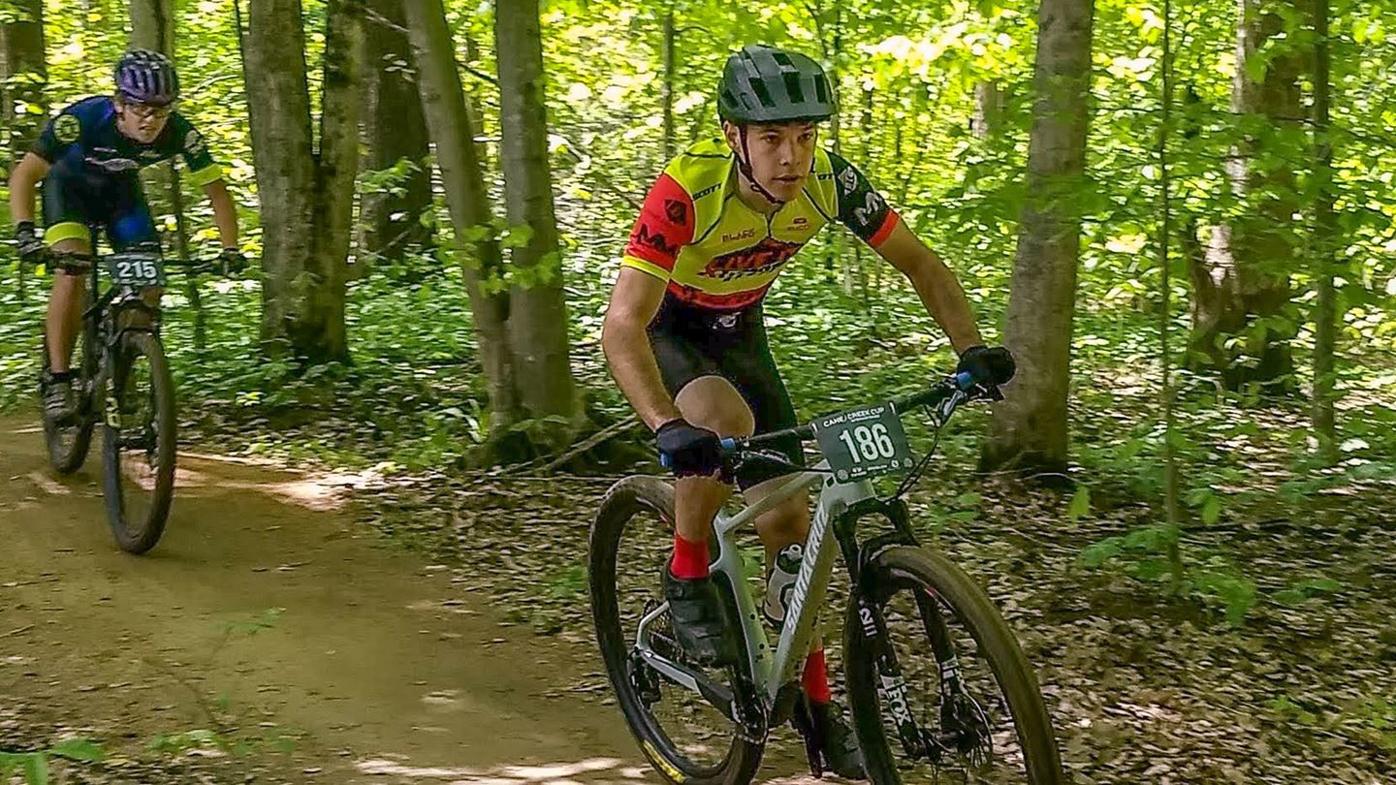 LMC cycling announced the signing of Cameron Locklear as part of its 2021 recruiting class on April 30.

LMC cycling announced the signing of Cameron Locklear as part of its 2021 recruiting class on April 30.

FLORENCE, S.C. – Top-seeded North Greenville (8-1-1) scored a goal in each of the two halves and held No. 4 Lees-McRae (5-4-1) to only three shots-on-goal en route to claiming a 2-0 victory in the Conference Carolinas Semifinals on April 30.

Lees-McRae had a pair of scoring chances early in the first half, off a corner kick in the 17th minute and a shot by Taylor Barrineau in the 18th minute, but failed to break through.

The Crusaders broke the deadlock in the 39th minute with an unassisted marker to claim the halftime edge.

North Greenville continued to pressure the Bobcats’ defense early in the second stanza, with six shots in the first eight minutes, and were rewarded with a second goal in the 53rd minute.

The Bobcats had its best scoring opportunity on a shot by Lexi Todd in the 60th minute and a penalty kick in the 63rd minute, but a pair of saves held the score at 2-0.

Hope Sanborn finished with a game-high six saves in net for Lees-McRae.

North Greenville held an 8-3 edge in shots-on-goal and a 6-2 advantage in corner kicks.

Joelle Chick and Victoria Valentine both scored for the Crusaders, while Maddie Schopp tallied three saves in net for North Greenville.

BANNER ELK – The Lees-McRae College cycling team, under head coach Tim Hall, announced the signing of Cameron Locklear (Huntersville, NC) on Friday, April 30, making him the 15th recruit to sign with the Bobcats during this recruiting cycle. Locklear joins eight other male cyclists who are set to join the program next fall.

Locklear comes to the mountains from Huntersville Academy where he was a part of the Trail Life USA for the last seven years, in addition to earning the Freedom Award. In addition to his experience with Trail Life USA, Locklear was also a member of the Lake Norman Composite team of the National Interscholastic Cycling Association (NICA) program. Locklear plans on studying business administration with a minor in coaching at Lees-McRae in the fall.

GREENVILLE, S.C. – Liam Flanagan won the Pro Category 1-2-3 race on April 24 to obtain the overall leader’s jersey and took second place in the same race on April 25 to win the overall six-race series to pace the Lees-McRae men’s and women’s cycling team as they closed out their 2020-21 racing season at the Hincapie Spring Series Road Race.

Flanagan raced to the victory in the Pro Category 1-2-3 race on April 24 to earn the overall leader’s jersey by overcoming the rain and the mid-40-degree temperatures throughout the entirety of the race.

Flanagan held onto the overall leader’s jersey for the final day, by crossing second in the Men’s Open Pro Category 1/2 race. The junior clinched the series by tallying two wins, a second-place, and a third-place this season.

Ash and Coach Hall closed out the weekend with a 13th-place finish in both the Men’s Open Category 3 and the Men’s Open 40+ Masters races, respectively.

“The Hincapie Spring Series was a great opportunity for our team, considering the collegiate season did not take place. We continued to train and prepare as hard as ever and at Hincapie we got to put our work to the test,” Hall said. “Our women Pro 1-2-3 riders held their own with quite a few to-10s in the series, especially Ava, who is showing she can compete with more experienced women. We are losing Dagny and Svetlana to graduation, but this experience as a freshman for Ava will pay dividends in the future.”

“We are especially proud of Liam and our men Pro 1-2-3 team for winning the overall jersey in the pro field,” Hall continued. “It was a great experience for our guys to get the jersey before the final day and then fight through the final race to keep it. Liam has developed into a rider who can either win from a breakaway or a field sprint. Winning the overall series is validation his work the past three years is paying off, and the guys supporting him have gained tremendous experience as well.”