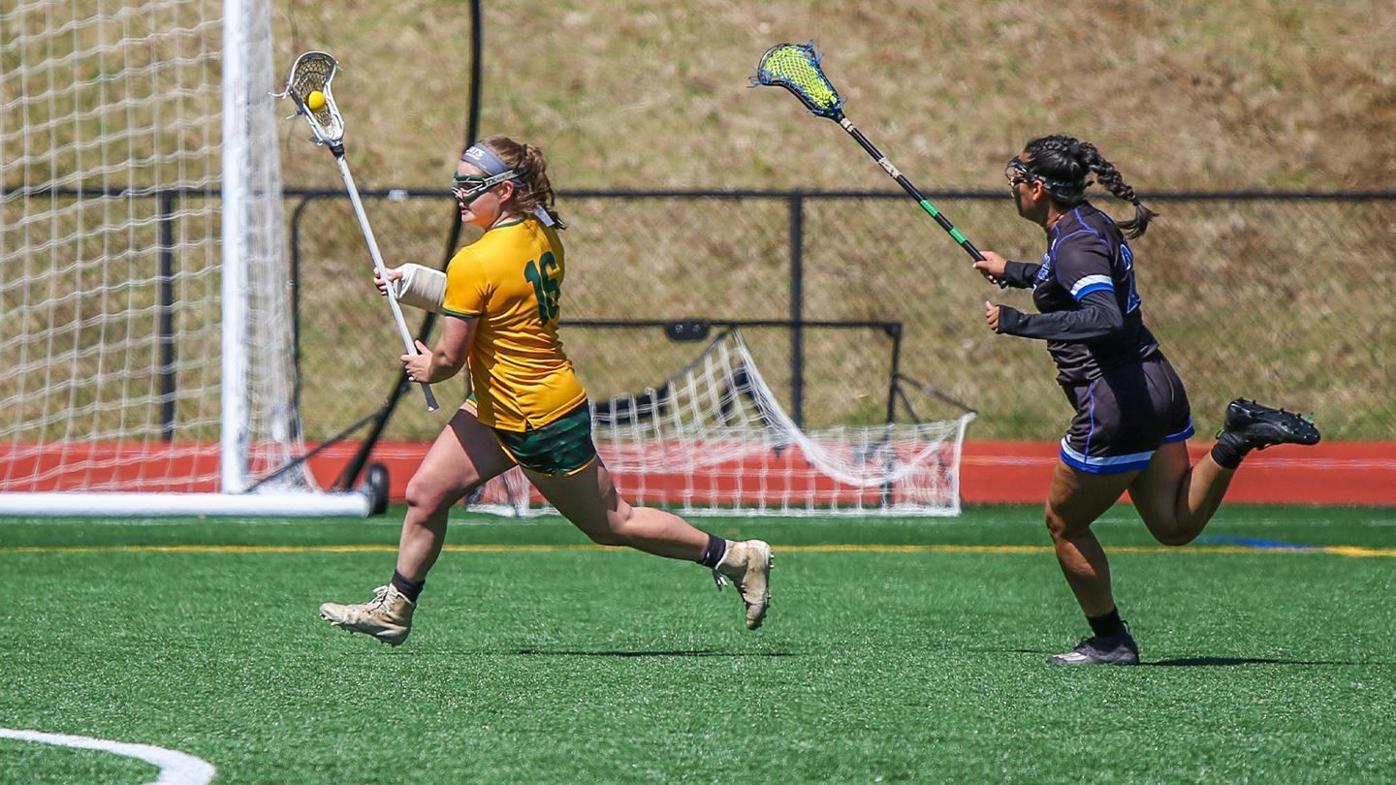 Kalbie Grassett received All-Conference Carolinas honors for her season performance in women’s lacrosse for the Bobcats.

Kalbie Grassett received All-Conference Carolinas honors for her season performance in women’s lacrosse for the Bobcats.

Grassett, a junior wildlife biology major, tallied a team-high 15 goals, an assist, 13 ground balls, and 15 draw controls this season. The junior scored a career-high six goals against Chowan on March 6 en route to earning the Conference Carolinas Offensive Player of the Week. She also ranks fourth in the conference with a 3.00 goals/game average this season.

The Bobcats finished with a 3-4 overall record (2-4 in conference play) before having their season cut short due to COVID-19 protocols.

Allen, a senior business administration major, closed out the regular season by winning her final five singles matches, including a comeback victory last Friday against Southern Wesleyan. In addition to battling each opponents’ No. 1 singles player, Allen teamed up with Nursharneem Shamsuddin to claim victory in seven of the 11 doubles matches this season, finishing with a 6-3 record in conference play. The senior went undefeated in singles matches against Mount Olive on April 9 and Belmont Abbey on April 10 to be named the Conference Carolinas Player of the Week on April 14.

BELMONT – Hannah Davies (Fleet, Hampshire, England/Montverde Academy) scored her first goal as a Bobcat off an assist by Lexi Todd (Vero Beach, Fla./Vero Beach) with just more than five minutes remaining in the first overtime session to lift No. 4 Lees-McRae to a 1-0 victory over host No. 5 Belmont Abbey to earn a spot in the Conference Carolinas Championship semifinals.

Lees-McRae nearly broke through early in the first half as Taylor Barrineau (Iron Station/East Lincoln) had a shot-on-goal in the sixth minute that was ultimately saved.

The Crusaders responded with their best scoring chance of the first half with a shot that hit crossbar in the 12th minute.

The Bobcats had one final opportunity by Pali Smith (Asheville/A.C. Reynolds) in the 36th minute, but the score remained 0-0 at the halftime whistle.

Both teams matched each stride-for-stride in the second half, with Belmont Abbey tallying a 6-3 edge in shots, but neither team found a way to break through as the game moved into an overtime session. The Bobcats finally broke through on a breakaway down the left side as Todd sent a simple cross to a streaking Davies who buried the shot into the bottom right corner to give the Bobcats the playoff victory.

Hope Sanborn (Monroe/Sun Valley) didn’t need to make a save to earn her first career postseason shutout. Lauryn Harding and Caroline Lauer finished with a combined three saves in net for Belmont Abbey.

The win is the Bobcats’ first postseason victory since the 2017 season in which they earned a spot in the Conference Carolinas championship game.

The Bobcats have earned a spot in the Conference Carolinas Championship Semifinals and will face No. 1 North Greenville at 11 a.m. on Friday, April 30.

Fraser, who also won the triple jump event at the indoor championships in February, won the event with a mark of 12.27 meters, which was .21 meters longer than the previous championship meet record and was a full meter longer than the second-place distance.

Augustin built off a strong preliminary round to cross second in the 100-meter hurdles with a time of 15.22.

Fraser and Augustin teamed up with Ny Laster and Sha’Dyma White to finish second in the 4x100-meter relay (48.10), which broke the school’s outdoor record by more than .50 seconds.

Betzer garnered all-conference honors for the second-consecutive day as she finished third in the 5,000-meter run with a time of 19:09.82.

After a strong showing in the preliminary rounds, Bargaineer finished second and earned all-conference honors in both the 110-meter hurdles (15.17) and in the 400-meter hurdles (56.65).

Zajicek crossed second in the 3,000-meter steeplechase with a time of 9:47.03 to earn all-conference honors, while Sims Jr. finished third in the 400-meter dash (48.94) to garner all-conference third-team honors.

Tristin Bertie crossed fourth in the 5,000-meter run with a time of 15:35.75, just nine seconds off the third-place time. Cooper Abernathy led the Bobcats in the field events on the second day, finishing sixth in the shot put with a mark of 12.80 meters. Silas Arendash also posted a sixth-place finish in the 1,500-meter run (4:09.34), while Corimonte Eatmon finished eighth in the 400-meter hurdles (1:19.09). Eatmon, Nickerson, Bargaineer, and Keith Holmes Jr. teamed up to cross sixth in the 4x100-meter relay with a time of 1:10.91.

The Bobcats will send select athletes to the Montreat Last Chance Meet on May 8.