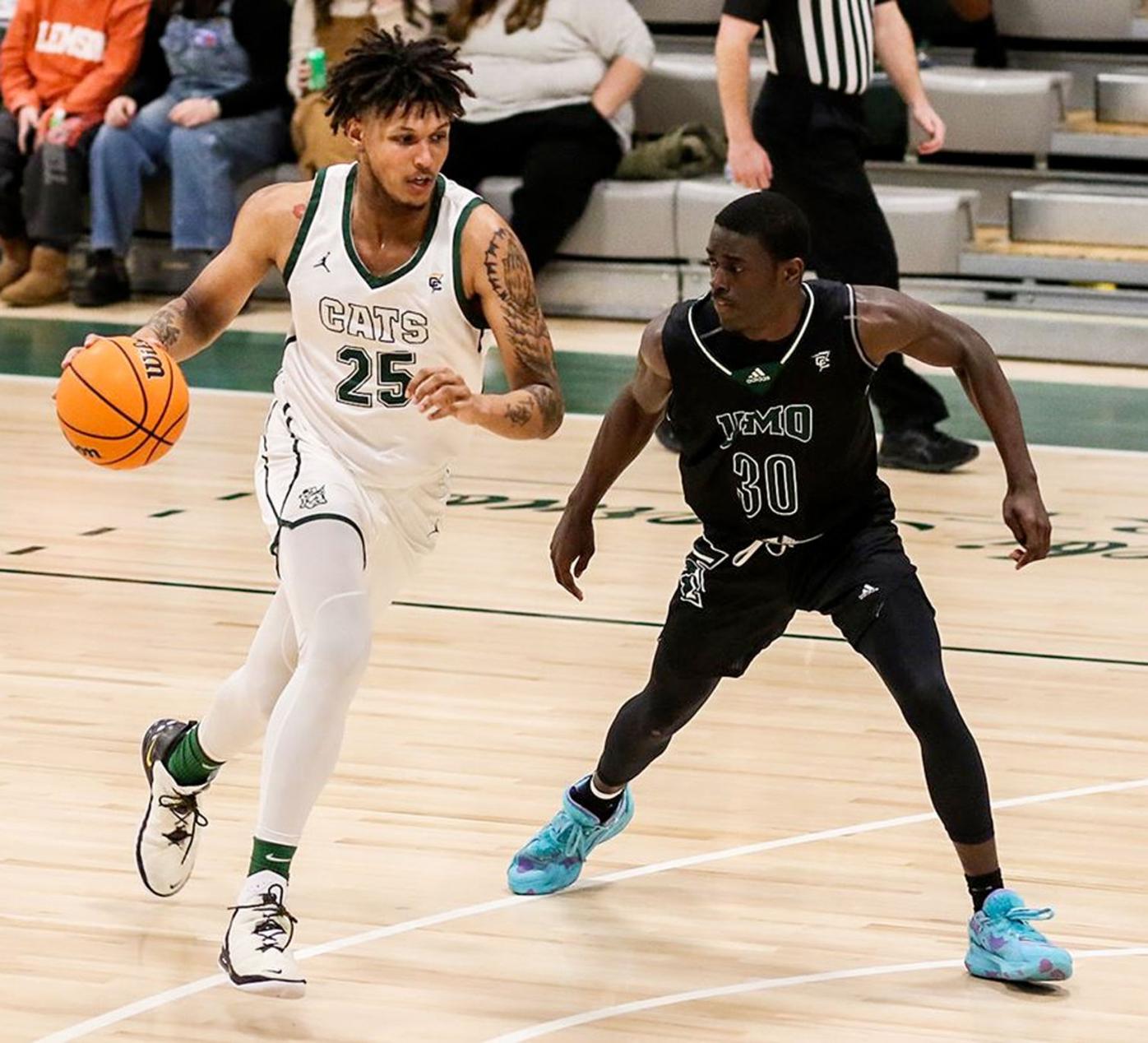 Drew Gardner finished with 19 points to become the 10th player in program history to reach the 1,000-career point plateau in a victory over Erskine.

Drew Gardner finished with 19 points to become the 10th player in program history to reach the 1,000-career point plateau in a victory over Erskine.

BANNER ELK – Drew Gardner finished with 19 points to become the 10th player in program history to reach the 1,000-career point plateau, while Malik McConnell chipped in a game-high 21 points, to lead the Lees-McRae men’s basketball team to an 85-75 win over Erskine in the team’s first action of the Spring semester last weekend at McNair & Debi Tornow Court.

Gardner shot 6-of-12 from the field and 6-of-6 from the free throw line, while McConnell was 12-of-14 from the charity stripe to go along with four assists.

Jaylin Stewart shot 5-of-7 from the field for 11 points off the bench, while Sidney Dollar scored eight points off a pair of fast break dunks and four rebounds.

Erskine sprinted out to an early lead by scoring 17 of the first 25 points, but the Bobcats responded by using a layup by London England to take a 26-25 lead.

Lees-McRae closed the half on a buzzer-beating layup by Dollar to claim a 40-36 lead at intermission.

Both teams traded baskets for the majority of the second, with neither team holding more than a five-point lead.

The Bobcats used an 8-0 run, fueled by a pair of three-point field goals by Timon Jones and Gardner, to shift momentum and take a 72-62 lead with four minutes left.

Lees-McRae finished 8-of-8 from the charity stripe down the stretch to clinch the conference win.

The Bobcats shot more than 50 percent from the field in the contest and held a 23-8 edge in points off turnovers.

Jaylen Prioleau and Jalen Edwards both scored in double figures to lead the Flying Fleet.

KANSAS CITY, Mo. – United Soccer Coaches announced the 2021 Team Ethics and Sportsmanship Award recipients on Friday morning, which recognizes teams across the country for exhibiting fair play, sporting behavior, and adherence to the laws of the game, honoring the Lees-McRae women’s soccer program, under head coach Cally Morrill, with the Silver Award.

The Lees-McRae women’s soccer team was given only three yellow cards throughout the 2021 season in 17,310 minutes on the pitch. The Bobcats finished with an 11-4-2 record overall to clinch the fourth seed in the Conference Carolinas postseason tournament.

Wells enters her third season in Banner Elk and will take over the leadership role on the women’s team after finishing with a .500 individual record last season. Ivanova, who comes to Lees-McRae from Nova Zagoara, Bulgaria, and Yang, who joins the Bobcats from Lima, Peru, are both poised to have breakout seasons in their first year with the program.

Lees-McRae will open the 2022 season on Sunday, Jan. 23, as they visit NCAA Division I UNC Asheville at noon. For the full schedule, click to lmcbobcats.com.

'It's almost like a call home': Arizona makes inroads in recruiting Polynesian players