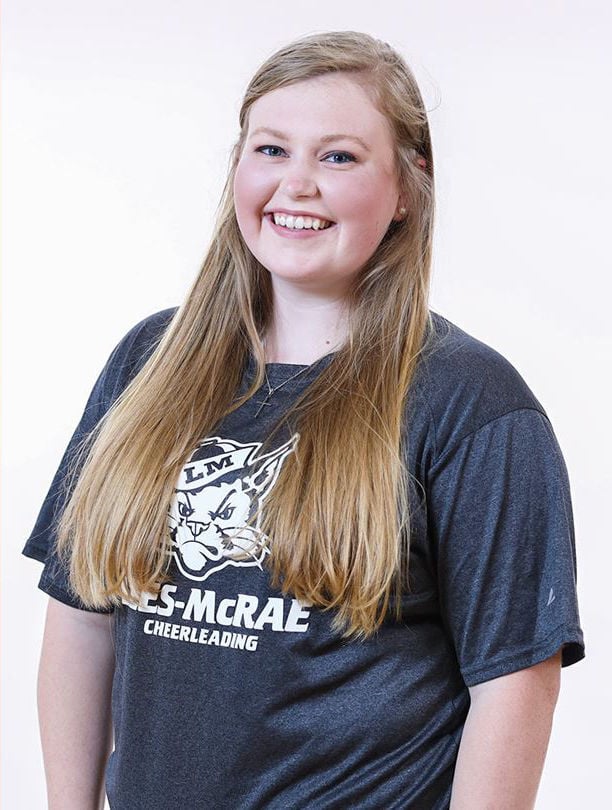 BANNER ELK – Lees-McRae College Head Cheerleading Coach Sally Wimberley announced the hiring of Madeline Horne as an assistant coach on January 4. Horne, who graduated in May with her Bachelor’s degree in Psychology, was a former three-year member of the Bobcats’ cheerleading squad, earning team captain status during her final year.

“I am thrilled to have Madeline join our program as an assistant coach,” said Wimberley. “Her lifetime of competitive dance experience, along with her three years on the team, will make her uniquely qualified for this position. I am excited to see continued program growth with Madeline’s leadership and passion for the sport.”

In addition to becoming a team captain during her final season in Banner Elk, Horne was the 2018 Rookie of the Year and claimed a departmental CATSPY award. The former Program Director at the Linville YMCA, Horne will bring leadership to the program’s coaching staff as she was the vice president of the Order of the Tower at Lees-McRae as well as an award-winning resident life officer during her senior year.

“I am very excited to begin working with the cheerleading team again,” said Horne. “My time as a Lees-McRae cheerleader was nothing short of phenomenal. I look forward to being part of the staff as I work to continue to provide a positive and welcoming environment for current and incoming Bobcat cheerleaders.”

Cycling adds Mariana Rinaldo as rider for the 2021-22 season

BANNER ELK – The Lees-McRae College cycling team, under head coach Tim Hall, announced the signing of Mariana Rinaldo (Baldwinsville, NY) on Dec. 31, making her the eighth recruit that has signed with the Bobcats during this recruiting cycle.

Rinaldo, who joins the Bobcats from C.W. Baker High School, comes to Banner Elk as a 10-time New York State Road Champion and two-time Cyclocross Champion in her age group. In addition to her accomplishments on the bike, Rinaldo participated in the Ride for Missing and Exploited Children in each of the previous two years.

“I chose Lees-McRae, not only for the amazing campus that will be optimal for training as well as learning, but also because of the ideals of the coaching staff that resonated with me as an athlete,” said Rinaldo.

Rinaldo interns to join the Psychology program with a minor in Criminal Justice.

KANSAS CITY, Mo. – The Lees-McRae College men’s soccer team, under head coach Shane Calvert, was recognized on Jan. 14 by the United Soccer Coaches for being named one of their annual Team Academic Award recipients. The Bobcats posted a 3.25 cumulative GPA for the 2019-20 academic year to become one of the 890 soccer team (334 men, 556 women) to achieve this honor.

“The men’s soccer staff are proud of the academic achievements from the team this past year,” said Calvert. “Winning the United Soccer Coaches Team Academic Award is a goal that we set and take seriously. This is now the fourth season in a row that we have received this reward that shows the players success in the classroom. Winning this award would not be possible without the outstanding professors, support staff and resources that Lees-McRae offers ours students. We are lucky to be a part of such a special place.”

This honor recognizes the men’s soccer program, who tallied seven players on the prestigious Division II Athletic Directors Association Academic Achievement Award recipients list, for their outstanding work in the classroom. Lees-McRae joins Belmont Abbey, Chowan, King and North Greenville as members of the Conference Carolinas to be recognized for having at least one team earn this academic honor.

For teams to qualify for this academic achievement, they must have a cumulative GPA higher than 3.0 or higher on a 4.0 scale.