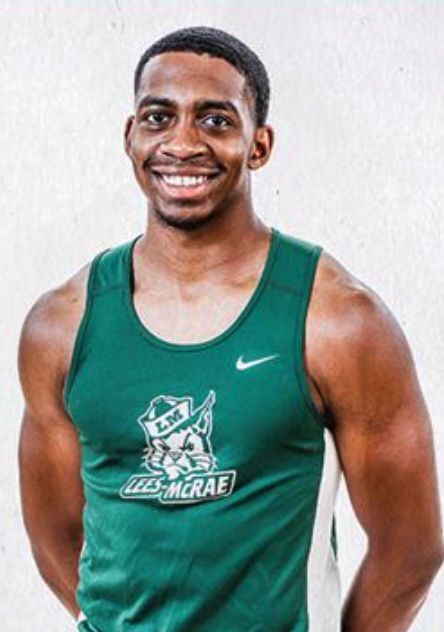 AUSTIN, Texas – The 2020-21 Academic All-District® Division II Men’s and Women’s Track & Field/Cross Country Teams, selected by CoSIDA, were announced on July 15, recognizing the nation’s top student-athletes from each division for their combined performances on the track and in the classroom, honoring Lees-McRae junior Brian Sims Jr. as a member of the First-Team All-District®.

Sims Jr., who participated for both the Lees-McRae men’s basketball and men’s track & field programs during the Spring 2021 semester, posted an impressive 4.0 GPA as a History major. Sims Jr. finished third in the 400-meter dash at the Conference Carolinas Outdoor Track & Field Championships to garner all-conference honors, while also running a leg of the 4x400-meter relay team that also finished third. In addition to his success on the track, Sims Jr. also played in seven games for the men’s basketball program, tallying 22 points and three assists.

LEXINGTON, Ky. – The Lees-McRae College women’s volleyball program, under head coach Abigail King, was recognized on July 19 by the United States Marine Corps (USMC) and American Volleyball Coaches Association (AVCA) for being one of their annual Team Academic Award recipients. The Bobcats posted a 3.33 cumulative GPA during the 2020-21 season to become one of the 1,275 teams who earned this academic honor.

“I am so proud of these girls for what they have accomplished in the classroom this past year,” said King. “In a year full of uncertainty, and in an entirely different way of learning, they persevered and prospered as a result.”

This honor recognizes the women’s volleyball program, who earned this academic honor last season as well and finished with 13 different student-athletes being named to the Conference Carolinas Presidential Honor Roll, for their outstanding efforts in the classroom. Lees-McRae finished with an 8-6 record during the Spring 2021 season, including a 6-2 record in the Williams Gymnasium.

The award, which initiated in the 1992-93 academic year, honors volleyball teams that maintain a year-long GPA of 3.30 on a 4.0 scale or 4.10 on a 5.0 scale. Lees-McRae joins Barton, Belmont Abbey, Emmanuel, Francis Marion, King, Mount Olive, North Greenville, and UNC Pembroke as Conference Carolinas members to claim the academic honor.