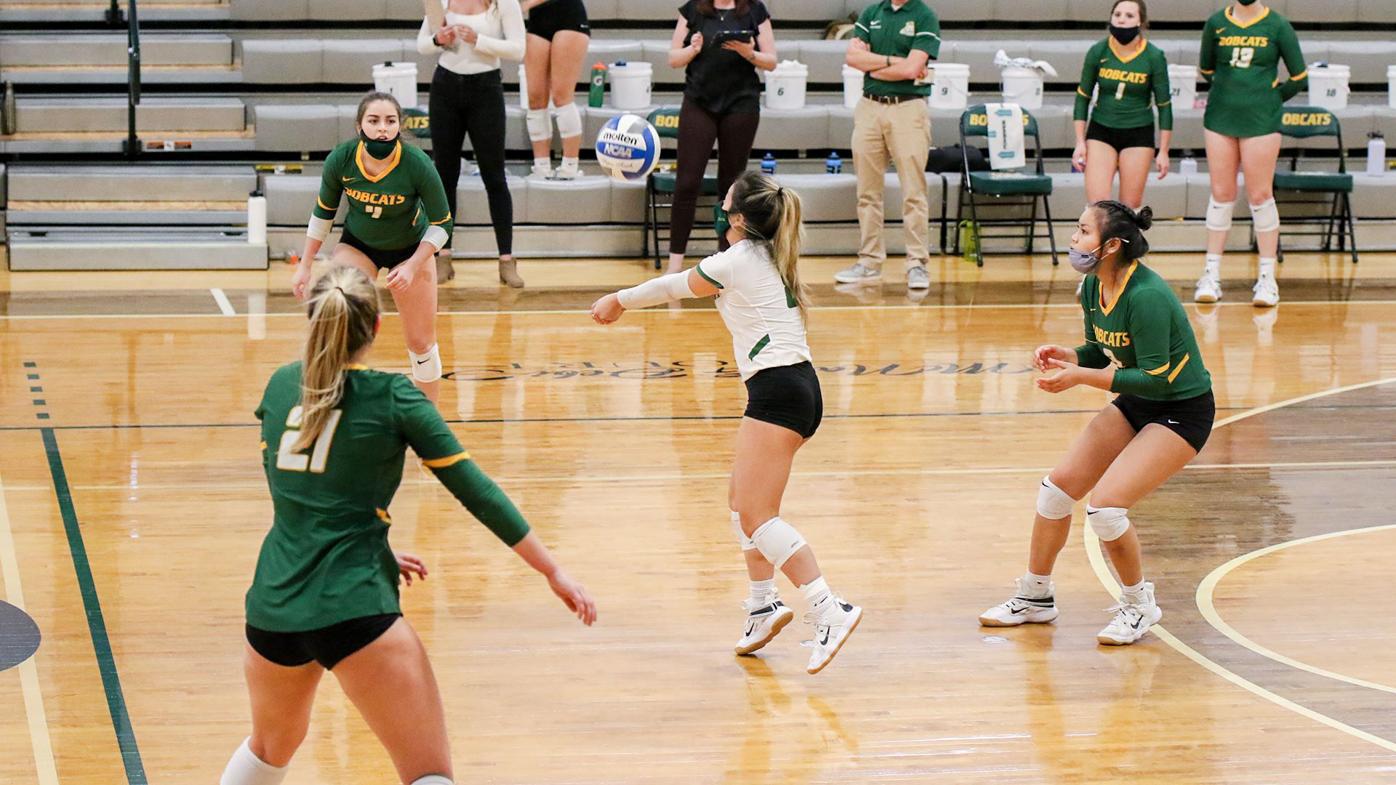 To be considered, a student-athlete must have a cumulative grade-point average of 3.25 or higher. In addition, the nominees for the award must have been named all-conference in their sport and also chosen academic all-conference.

Layde, who became the program’s first-ever champion at last year’s championship meet, won conference titles on each of the three days of the Conference Carolinas Championships this season to earn first-team all-conference honors and broke the school’s 200 free records by leading off for the 800-free relay winning team. The senior helped lead the Bobcats to a third-place finish at the championship meet.

BANNER ELK – The Lees-McRae men’s tennis team won all seven matches (two doubles and five singles competitions) that they competed in en route to posting a 6-1 victory over visiting North Greenville in the team’s home opener on March 30 at C.D. Chesley Tennis Courts.

Jofre Tura-Campalans and Landon Church teamed up to claim a 6-3 victory in the #1 double match, before Miodrag Popovic and Hanqing Wang clinched a 6-3 win in the #2 doubles competition.

The Bobcats will travel to “Battle for the Blue Ridge Cup” rival King at noon on Wednesday, April 7.

BANNER ELK, N.C. – With his three solo blocks, senior Ethan Gardner is now the program’s all-time leader with 62 career solo blocks in his four-year career, but his record-breaking performance was not enough as visiting King clinched the straight-set 25-21, 25-23, 25-15 victory over the host Bobcats in the team’s final regular-season home contest on April 1.

Lees-McRae matched King point-for-point in the opening set until the Tornado tallied four consecutive points and held onto the advantage for a 25-21 win in set one.

The Bobcats responded early in the second set to shift momentum and held a 15-10 lead. King rallied to recapture the lead and use a final kill to clinch a 25-23 win in the second set. The Tornado claimed the conference victory with a 25-15 win in set three.

Lees-McRae held a slim 2-1 advantage in service aces, while King held a 46-24 edge in kills. Three Tornadoes finished with double-digit kills, led by Diego Marcano who finished with a game-high 15 kills. JT Deppe chipped in 32 kills and a team-high seven digs.

The Bobcats closes its regular season on April 6 as they visit King in a conference showdown.

BANNER ELK – King finished with a game-high 40 kills and held an 8-2 advantage in service aces to clinch a straight-set victory 25-18, 25-21, 25-22 over the host Bobcats in the non-conference action last week.

Hanna Steckler finished with a team-high eight kills to go along with three block assists.

The Tornado sprinted out of the gates by scoring eight of the first 10 points, with the Bobcats returning the favor with a 7-1 run to even the score at 9-9. King closed the first frame on a 9-2 run to clinch a 25-18 victory in set one. Lees-McRae held the momentum early in the second stanza and held a 17-15 lead late in the frame.

The Tornado held a slim 10-8 advantage in blocks and a 48-45 edge in digs. Hailee Blankenship finished with a game-high 11 kills to pace the Tornado. Julie Ward tallied nine kills and 13 digs, while Georgia Davis chipped in 19 assists

The Bobcats will close out the regular season on April 6 as they visit King in a “Battle for the Blue Ridge Cup” showdown.