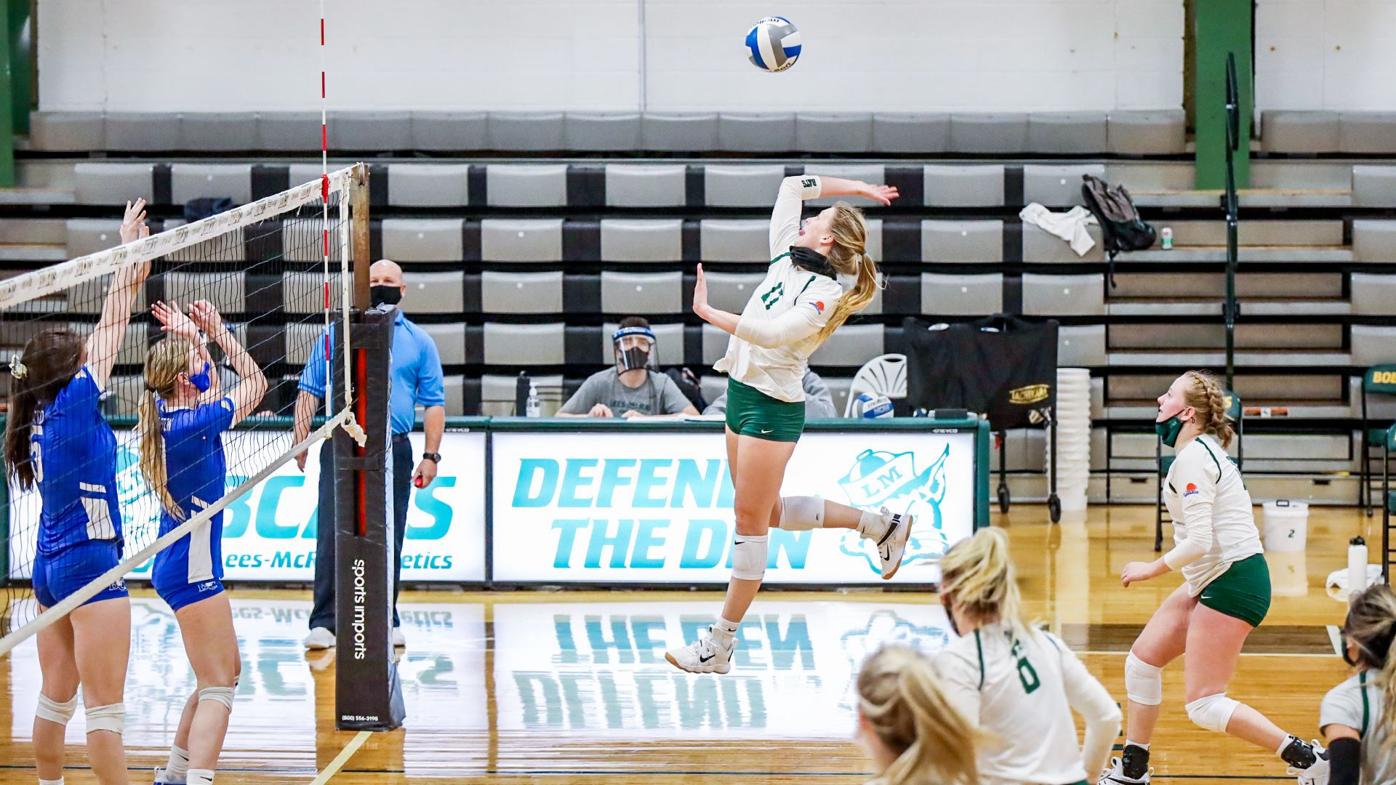 Gilreath, Moreno, and Ney combine for 41 kills to lift Women’s Volleyball past Emory & Henry in five

Gilreath finished with a team-high and season-high 19 kills to lead the Bobcats, while Moreno notched her first double-double of the season with 13 kills and 14 digs.

Allbaugh posted her fourth-consecutive double-double with 50 set assists and 14 digs.

Both teams traded runs for the majority of the first set until the Bobcats used a pair of kills by Hill to even the score at 27-27.

Lees-McRae utilized a pair of final miscues by the Wasps to clinch a 29-28 win in set one.

The Bobcats sprinted out of the gates in set two to claim an early 6-0 lead and closed the set with a pair of kills by Moreno, an ace by Adamson, and a final kill by Gilreath to claim a 25-21 win in the second frame.

Lees-McRae closed on an 11-3 run in the fifth set, fueled by a pair of aces by Xayavong and three kills by Ney, to claim a 15-9 win in the final set to clinch the non-conference win.

Both teams finished with eight aces, with the Wasps earning a slim 57-56 edge in kills.

Carley Williams finished with a game-high 21 kills to pace the Wasps, while Paige Halcrow chipped in 30 set assists.

BRISTOL, Tenn. – Maria Döring and Mady Rails finished third and fifth, respectively in the XC Women’s Collegiate A race, while Mike Stocker paced the men’s team with a sixth-place finish in the XC Men’s Collegiate A race, to lead the Lees-McRae men’s and women’s cycling programs on the final day of the ACCC/SECCC King University Mountain Bike Dual Conference Race on Sept. 12.

Döring closed out her successful weekend by crossing third in the XC Women’s Collegiate A race, followed closely by Rails who finished fifth. Zoe Eckman tallied a seventh-place finish in the A race, while Gabby Vides-Barry crossed 11th.

Stocker led the men’s cycling team by finishing sixth in the XC Men’s Collegiate A race on Sept. 12. Josh Foley and Chase VanDeursen were next two Bobcats to finish the race, crossing 12th and 13th, respectively.

The Bobcats will have a weekend to rest and recover, before returning to competition on Saturday, Sept. 25, at Lindsey Wilson College in Columbia, Ky.

BANNER ELK – Freshman Gray Smith (Pinehurst, N.C. / Pinecrest) and sophomore Nate Phillips (Kingston Springs, Tenn. / Fairview) both scored their first goals of the 2021 season, but it was not enough as visiting Tusculum scored two goals in each half to earn a 4-2 non-conference victory on Tate Field on Sept. 7.

Tusculum sprinted out of gates with a shot just five minutes into the contest and was rewarded by opening the game’s scoring in the eighth minute.

After a couple of scoring opportunities by the Bobcats over the next 16 minutes, the Pioneers extended its lead to 2-0 on a goal in the 24th minute.

Lees-McRae trimmed the deficit to 2-1 as Smith scored on a header off a free kick from Fletcher Dyson (Aylsham, Norfolk / Aylsham) with only 1:01 remaining in the first half.

The game took an interesting turn in the second half as Tusculum tallied three yellow cards in four minutes and pushed the lead back to 3-1 with a goal in the 59th minute.

After nearly 30 minutes of scoreless action, the Bobcats cut the led to one goal as Phillips took a shot that hit the crossbar, collected the loose ball, and pushed a shot past the Pioneer goalkeeper in the 87th minute. Tusculum used a miscue by the Lees-McRae defense to score only one second later on the opening kickoff and close out the game’s scoring.