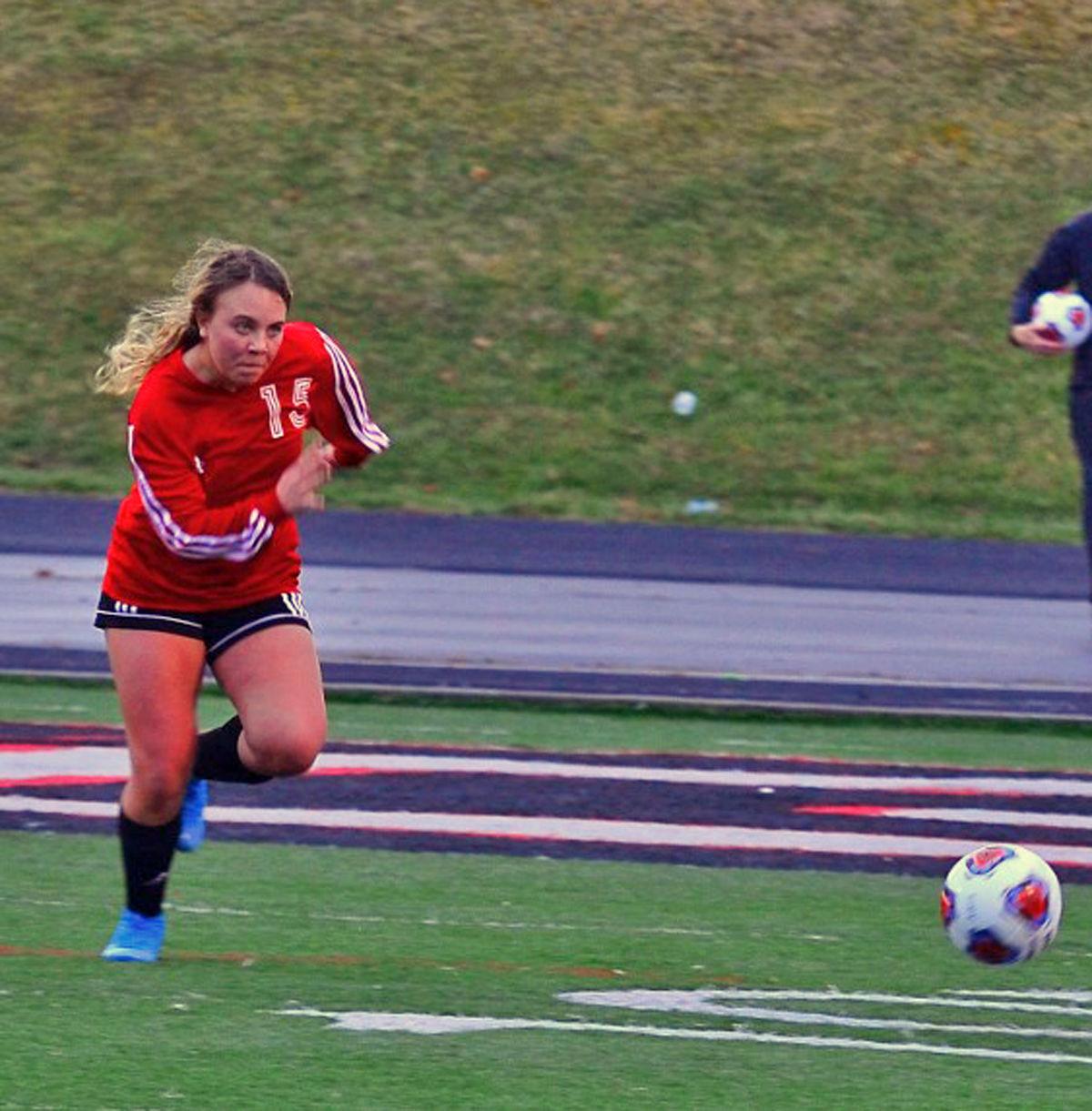 Freshman Ava Schmidinger scored the lone goal in the 79th minute of a 1-0 victory over West Wilkes last week at MacDonald Stadium. 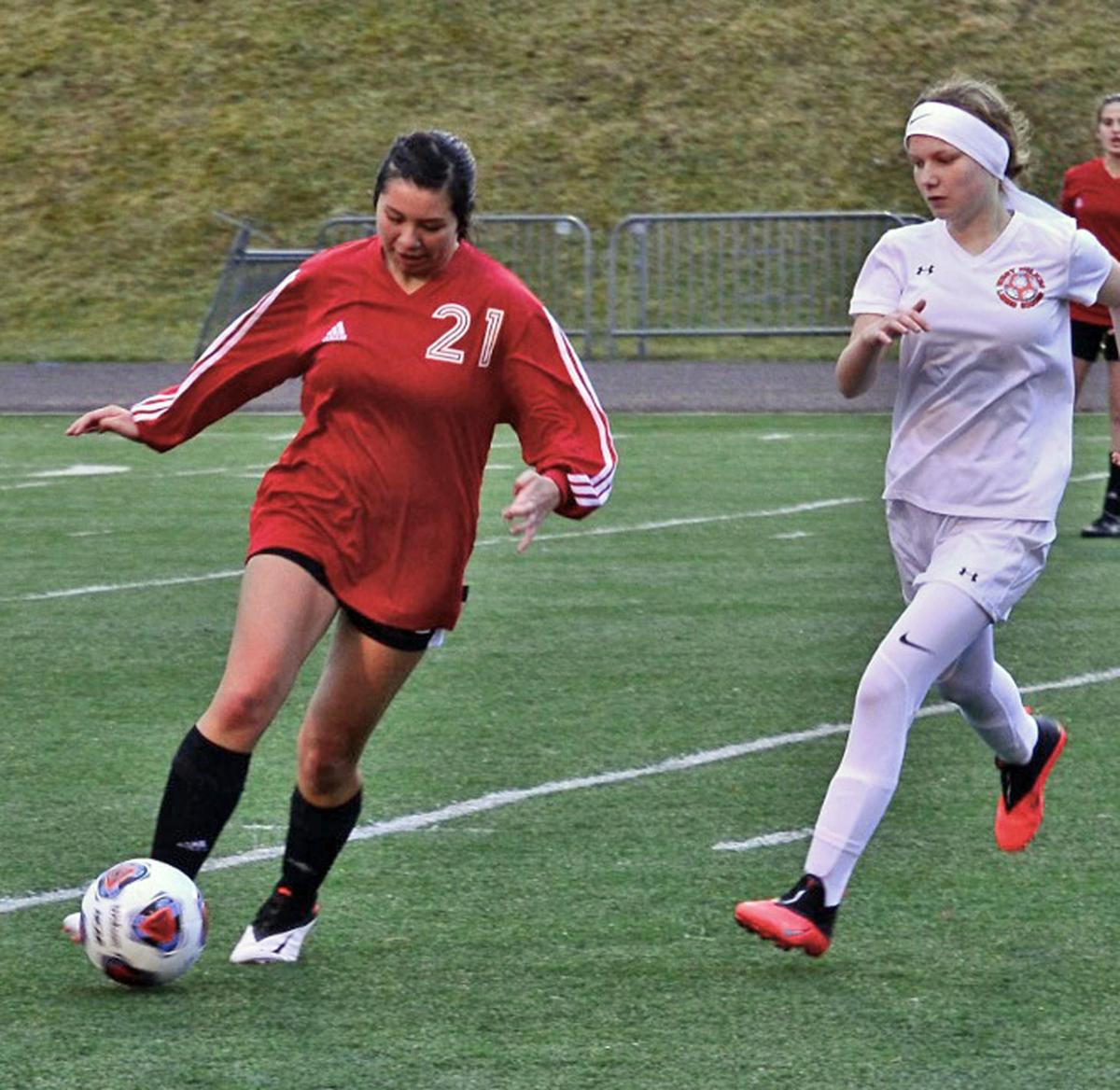 Avery’s Lily Perez controls the ball against a West Wilkes defender in a non-conference home soccer match on March 10 at MacDonald Stadium.

Freshman Ava Schmidinger scored the lone goal in the 79th minute of a 1-0 victory over West Wilkes last week at MacDonald Stadium.

Avery’s Lily Perez controls the ball against a West Wilkes defender in a non-conference home soccer match on March 10 at MacDonald Stadium.

NEWLAND — The Avery Lady Vikings soccer team was ready to take on Ashe at home on Friday, March 6, but the game was called for snow to be rescheduled for a later date.

The second match of the young season ended up being a rainy one against West Wilkes at home on Tuesday, March 10. The Lady Blackhawks arrived with a very small team due to a couple events which depleted their roster. Although they were short handed, and a young team, having graduated 10 seniors last spring, they managed to keep the Lady Vikings off the scoreboard. They were led by a strong keeper, and Avery’s touches were off, as were their shots.

Avery took 25 shots (15 on frame) before they got a shot to the back of the net. With about five minutes remaining in the match, the coaches, afraid the game would end in a scoreless tie, moved freshman Ava Schmidinger from defensive center mid to a forward position to beef up the attack on the Lady Blackhawks’ goal. Schmidinger, a very tenacious player, is also extremely fast with the ball on her foot. The move paid off as Schmidinger scored in the 79th minute, off an assist by fellow freshman Emree Hoilman.

The Lady Vikings coaches are still learning what their players can do, and trying to give as many as possible a chance to play in these early games. Avery played 18 different players of the 24 who dressed out for the match. Another player was out sick and a key starting defender was out of town for the week.

Avery was to be back in action on Thursday, March 12, at Ashe, if their field was dry enough. Ashe was proactive with the coronavirus situation, and before the NCHSAA called off athletics for two weeks, Ashe cancelled its game with Avery. The team was disappointed when it was told of the NCHSAA decision to cancel all athletics, matches and practice. The team had come together quickly and were looking forward to a great season.