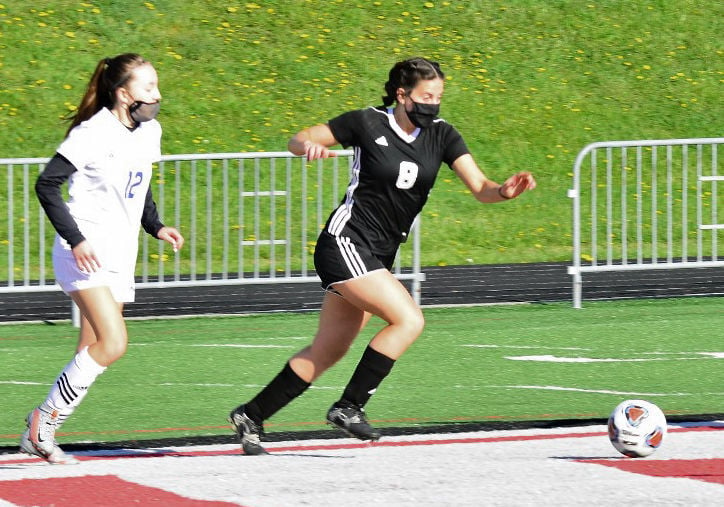 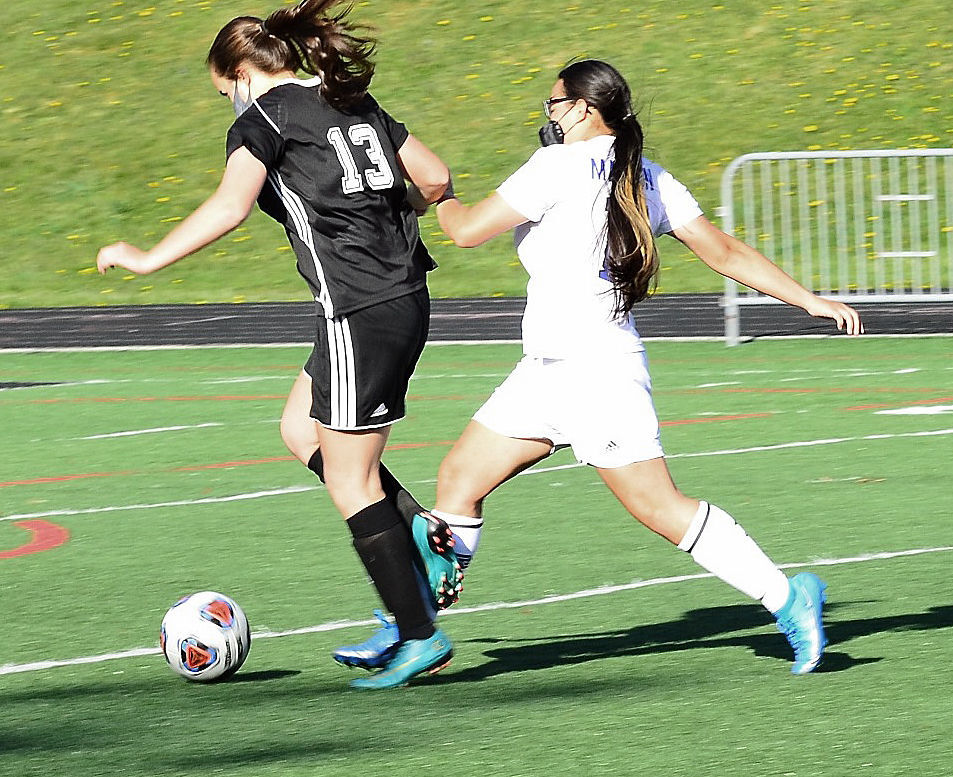 Emree Hoilman avoids the defense of a Madison player during a run against the Lady Patriots in a varsity girls soccer conference match last week. 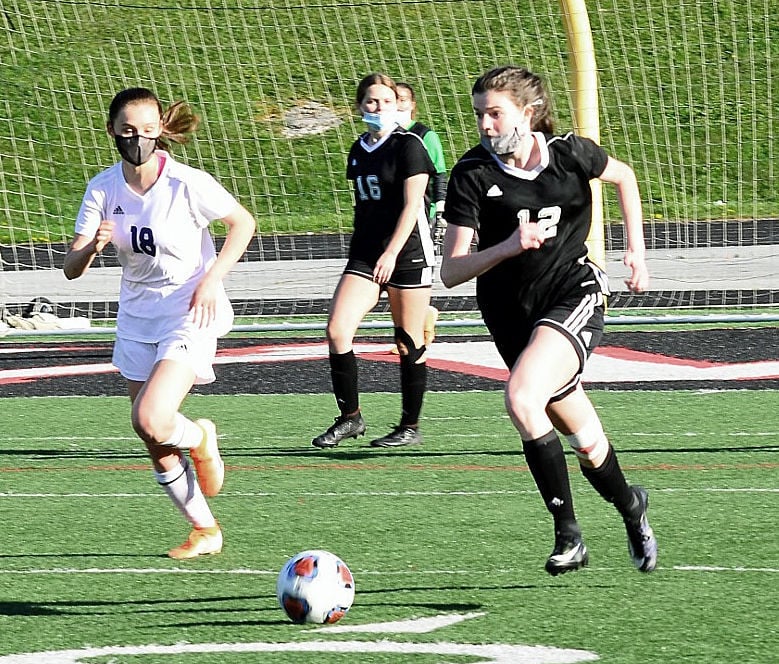 Carter Peterson advances a ball in soccer action against Madison at MacDonald Stadium. 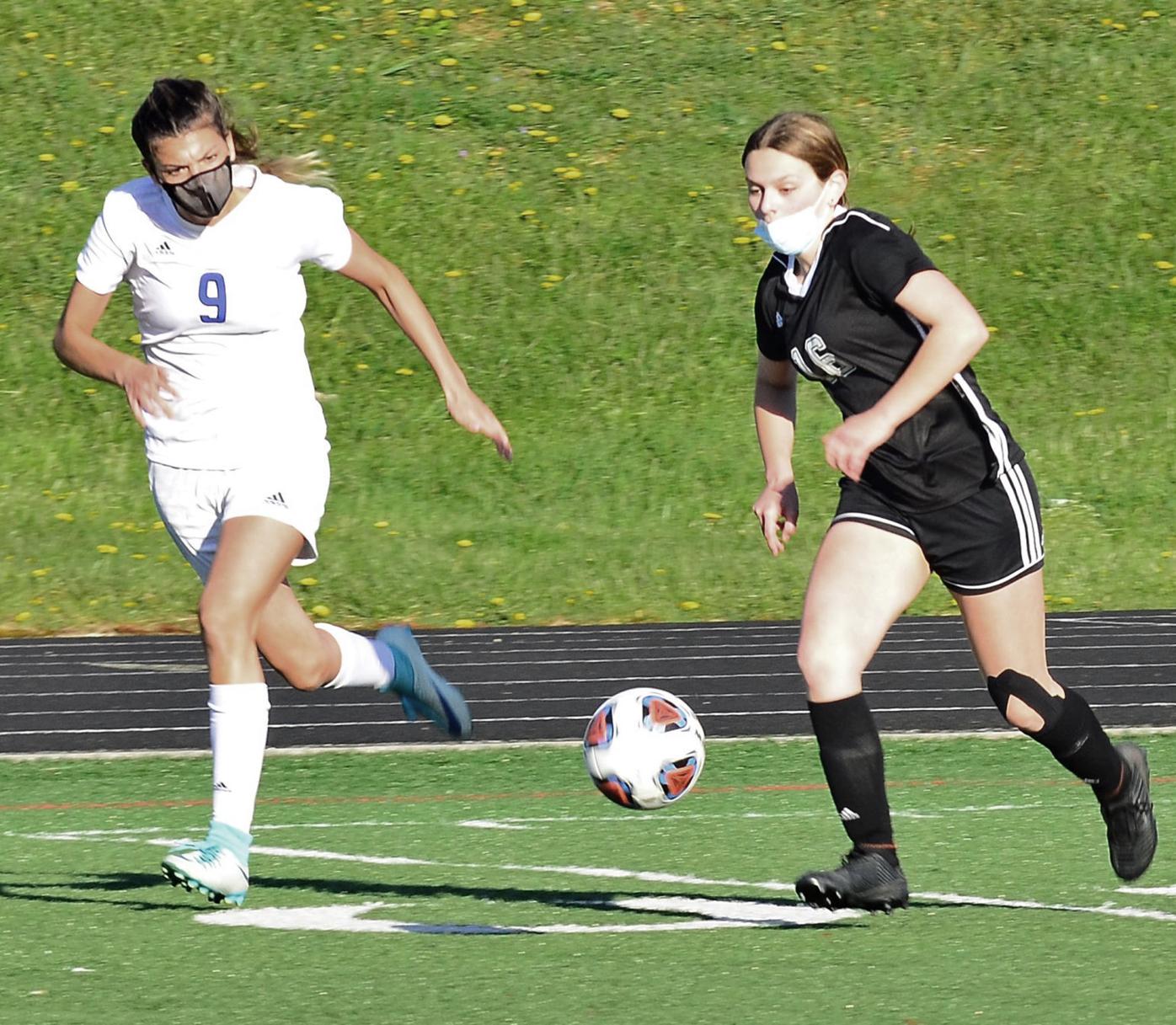 Tate Puckett looks to advance against a Lady Patriot defender. 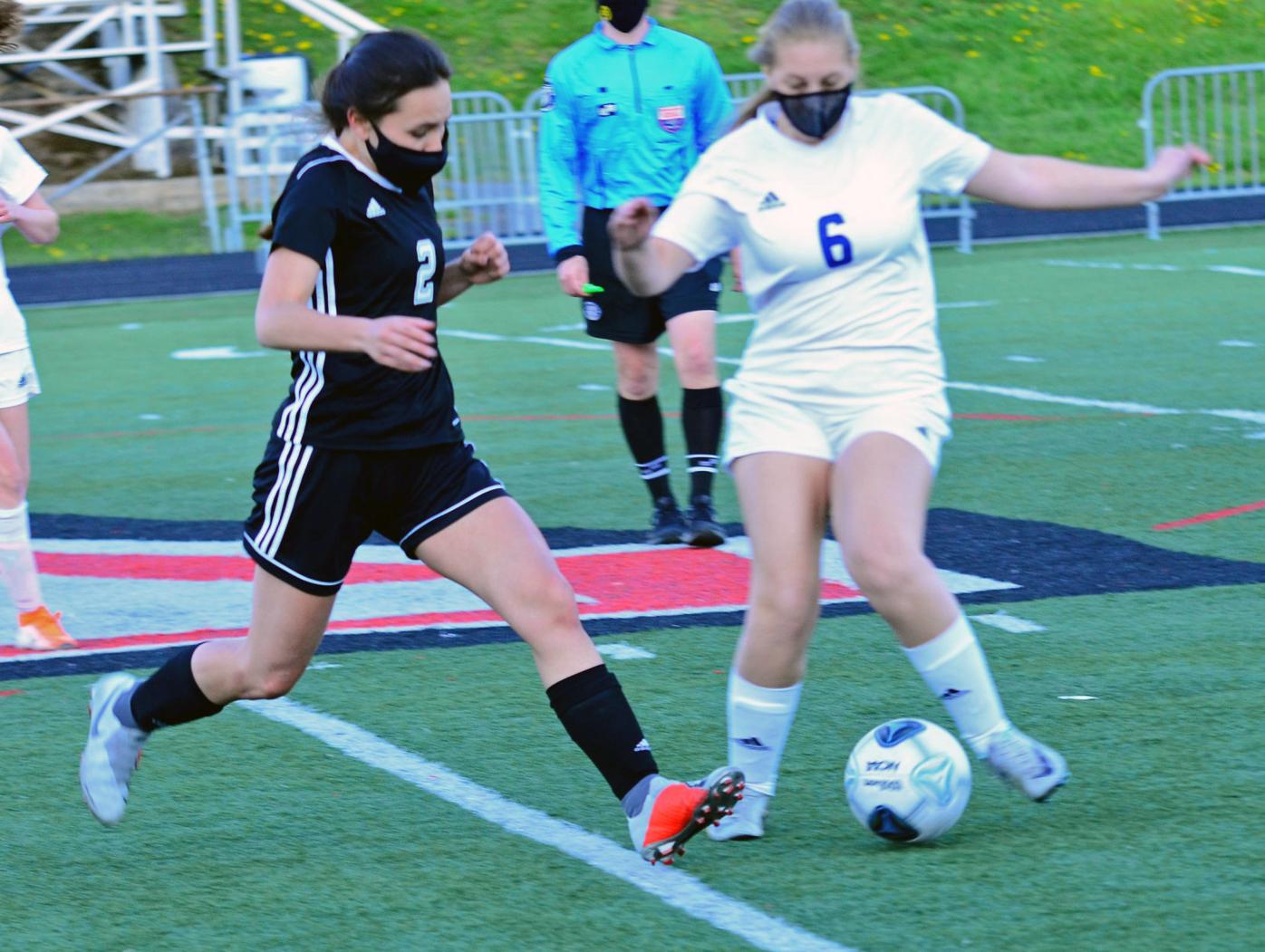 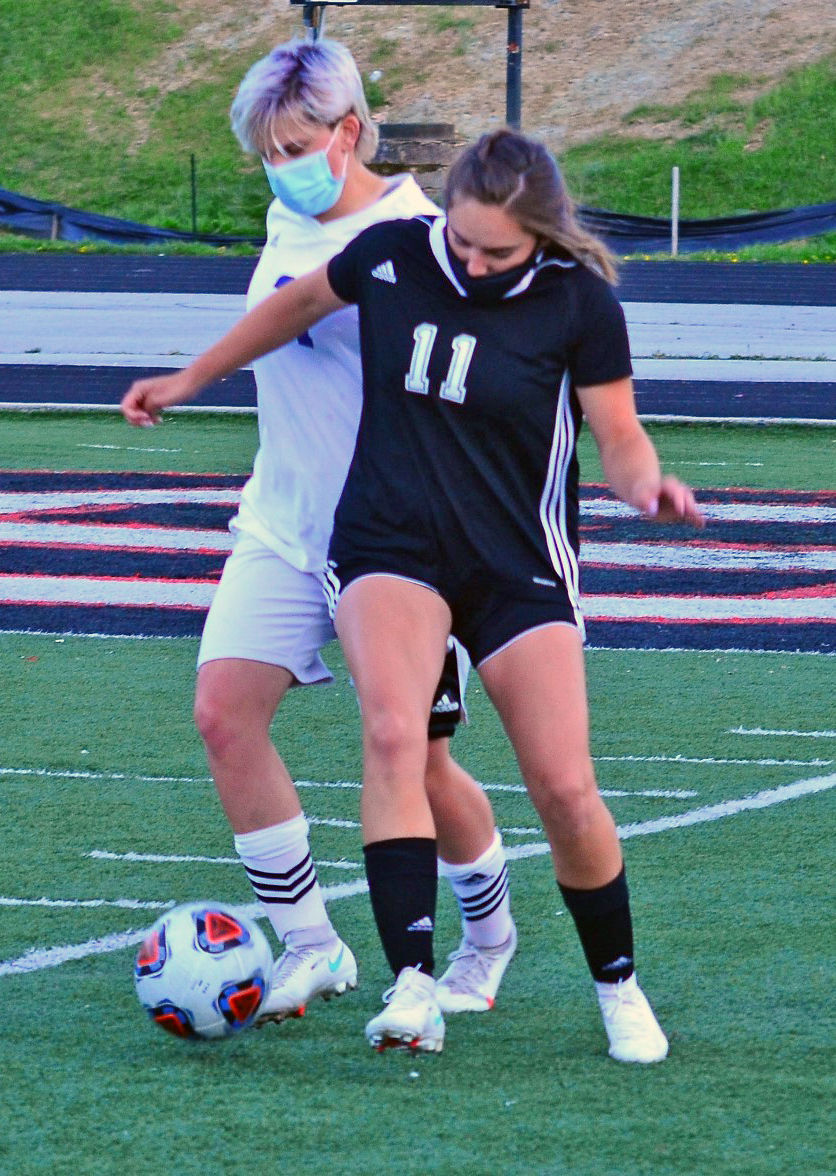 Emree Hoilman avoids the defense of a Madison player during a run against the Lady Patriots in a varsity girls soccer conference match last week.

Carter Peterson advances a ball in soccer action against Madison at MacDonald Stadium.

Tate Puckett looks to advance against a Lady Patriot defender.

NEWLAND — The Lady Vikings hosted the Lady Patriots on a breezy, dry evening in MacDonald Stadium. The Lady Patriots had climbed to the top of the conference ladder, with their only loss coming against Polk earlier in the season. Polk and Owen are tied for second.

Avery went into the matchup knowing they had played evenly with Madison the first time out for the first half of the game. This time, Madison outplayed Avery in the first half, scoring two goals. Both goals were off a secondary shot.

In the 16th minute, a Madison player took a shot on goal and Rachel Morrow was able to save the long shot from going out of bounds and work it in from the weak side of the goal. The second goal came off the foot of Joanna Cady, after a free kick on goal. Cady got the ball during confusion in front of the goal and put it into the net, helping the Lady Patriots take a 2-0 halftime lead.

COLUMBUS — Avery was back on the road for its second game of the week, making the two-hour bus trek to Columbus and Polk High School. This is Polk’s last year in the Western Highlands Conference, and the last soccer road trip to Polk for the foreseeable future. Avery was glad to be playing at Polk, even though it was extremely blustery. The temperature was about 15 degrees warmer than at home, where it had been lightly snowing when the team left Newland.

It took 29 minutes before either team scored, with the wind playing havoc with the ball. Avery was the first to find the back of the net when sophomore Emma Wise sent a ball to junior Marisol Guzman. Guzman dribbled toward the goal and the keeper advanced. Guzman lifted a shot over the keeper and into the goal for a 1-0 Avery lead. Seven minutes later, however, Polk’s Scout Harmon won a short goal kick and sent the ball to Caelan Gaul who was able to shoot and score. Neither team scored for the remainder o the first 40 minutes, with the halftime score knotted at 1-1.

Although Madison is atop the WHC standings, Avery coaches feel like Polk is the better team. The coaches were excited about how well the first half went and how well the team coped with the elements. The second half started off much like the first, with the Lady Vikings and the Lady Wolverines battling back and forth for the ball. In the 51st minute, the team of Harmon and Gaul switched roles for a second goal. Gaul sent a hard shot which keeper Abby Miller stopped but as she hit the ground the ball popped loose. Before Miller could collect the ball, Harmon tapped it in. Eight minutes later, Belen Akers got a pass and was one-on-one with the keeper scoring to increase Polk’s lead to 3-1. Avery’s players went into a slight slump at that point and four minutes later, Harmon was able to get another goal, this time assisted by Madison Gettings, in the 63rd minute. Avery didn’t give up, however, and for the final 17 minutes of the game Avery kept Polk from scoring again but was unable to cut into Polk’s advantage for the remainder of the match.

Polk kept keeper Miller busy, recording six saves in each half. The Polk keeper only had two saves on the evening.

This week Avery travels to Owen for a game on Monday, April 26, then plays the final game of the season at home on Wednesday, April 28, where the Lady Vikings program will honor its five seniors, all of whom have played for Avery all four years. Game time is 6 p.m.