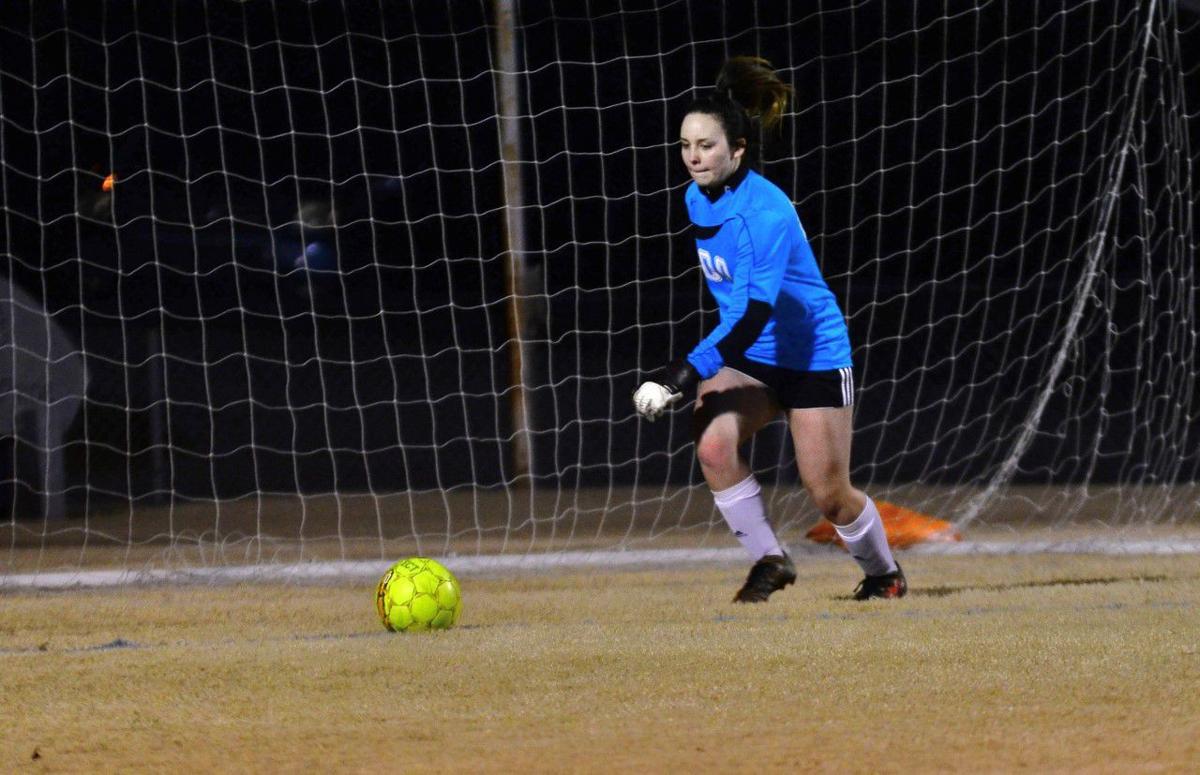 Avery senior goalkeeper Hannah Ruth Crosby produced a clean sheet in her season opener in the net for the Lady Vikings, turning away every North Wilkes shot attempt in the Big Red’s season opener in Hays last week. 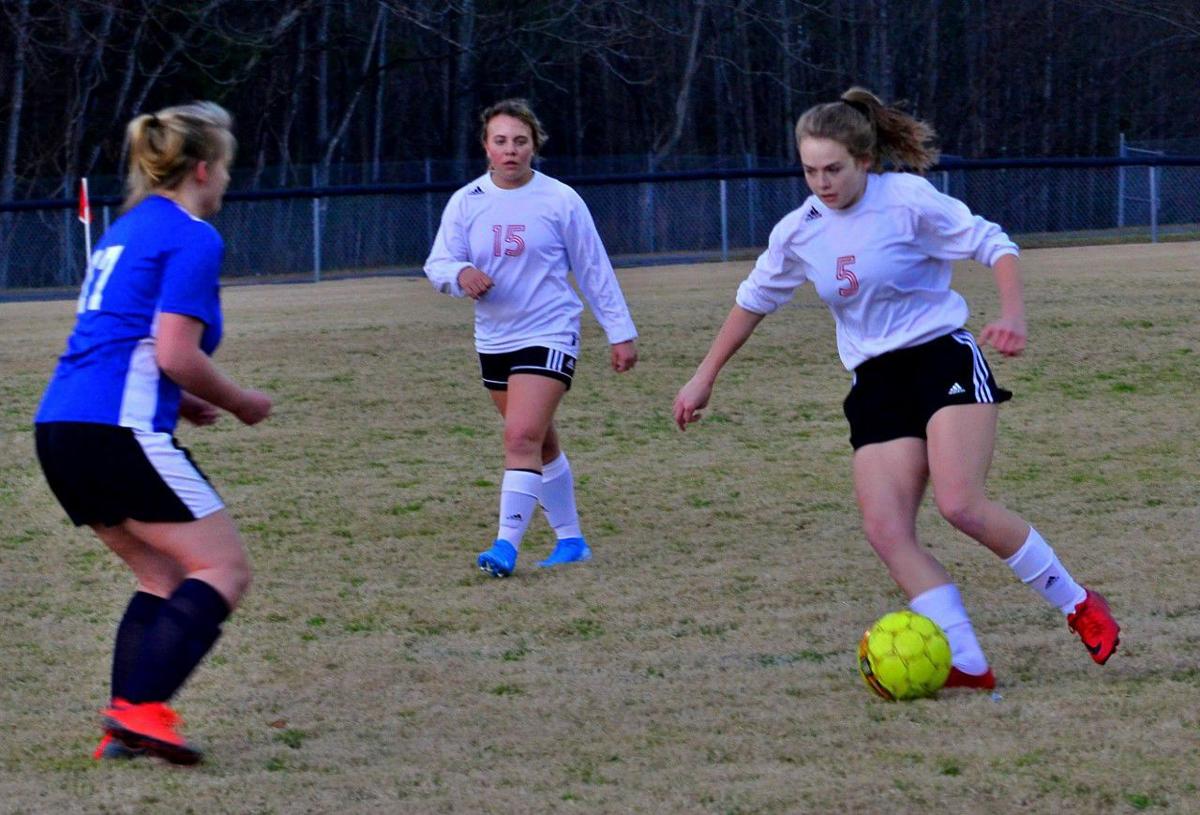 Avery senior goalkeeper Hannah Ruth Crosby produced a clean sheet in her season opener in the net for the Lady Vikings, turning away every North Wilkes shot attempt in the Big Red’s season opener in Hays last week.

HAYS — The Lady Vikings Soccer season begins as most do, with limited outdoor practice. In the first full week of practice, school was only in season three days, and one of those days, practice was called due to icy cold rain. In spite of this, the Lady Vikings boarded the bus for North Wilkes on Monday, March 2, with optimism and determination.

Returning seniors Hannah Ruth Crosby and Tiffany Brocco were joined by Madison Stamey, who had not played her junior year. Six freshmen joined the team this year.

The Lady Vikings dominated from the beginning of the game. As usual, the defense was solid, but for the first time in several years, the midfield was led by a strong foot. This gave the rest of the field more options and players who had previously been used to beef up the midfield could now play more offensively.

Three different players scored off of two assists. The coaches were very pleased with the effort shown in the first game, especially after so few practices, and none with the whole team as several players had been playing basketball at the start of the season. Head Coach Missy Lyons returns for her third season and is assisted by her son, Austin Lyons and Serena Smith.

The Lady Vikings of Avery got on the scoreboard twice in the first half. The first goal of the new season was off the foot of sophomore Allie Lindecamp. Junior forward Elvia Aparicio possessed the ball in front of the goal and sent it off to the right side to Lindecamp, who was also playing forward. Lindecamp sent the ball to the far post, getting it behind the keeper. Four minutes later, in the 16th minute, Aparicio got a goal of her own. Emree Hoilman, playing in the midfield, got the ball to Aparicio, who popped it up and although the keeper got her fingers on it, she was not able to stop the ball. The score was 2–0 in Avery’s favor at halftime.

The Vikings in blue stepped up their game in the second half, but the Vikings in red continued to work the ball and got nine more shots. Three were either wide or over the goal, one was stopped by the crossbar and a North Wilkes field player made a dramatic save on one shot. Finally, after several attempts to work through North’s defense right in front of the goal, junior Reagan Hughes was able to get the ball in the back of the net in the 74th minute.

Avery’s keeper Crosby was a key factor in the victory. Although the Avery defense limited North Wilkes to eight shots on frame, none went in thanks to the skilled performance of Crosby. Her punts also got the ball to midfield, so the Avery could start their offense there.

The home Ashe game has not yet been rescheduled. Game times are varied and the overall schedule is subject to change. Check the schedule often on MaxPreps.com for the up-to-date schedule.

After many personnel changes a year ago, Mike Pettine’s defense aims for big steps in 2020