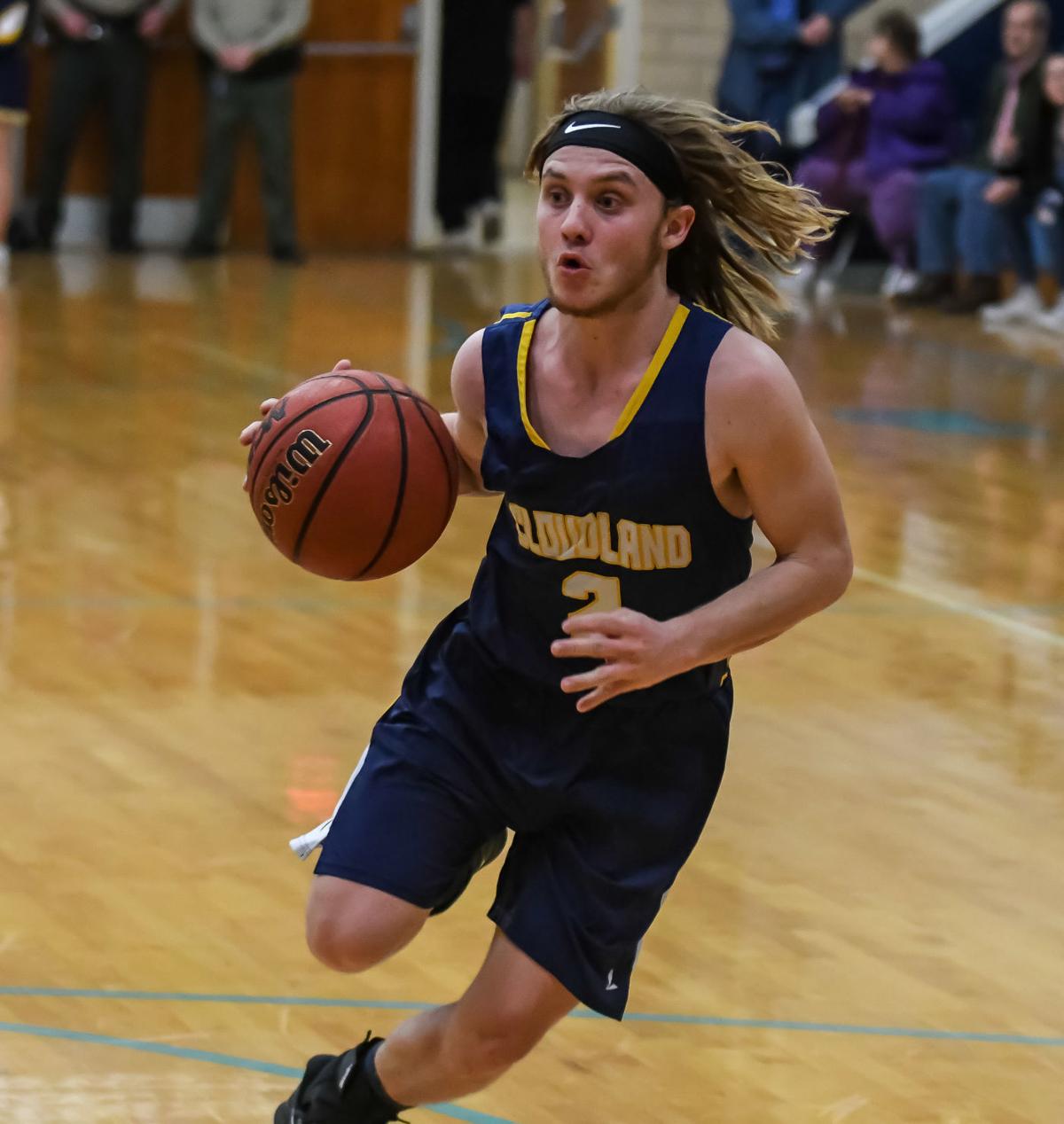 Conner Birchfield drives to the basket in action at Hampton last week. 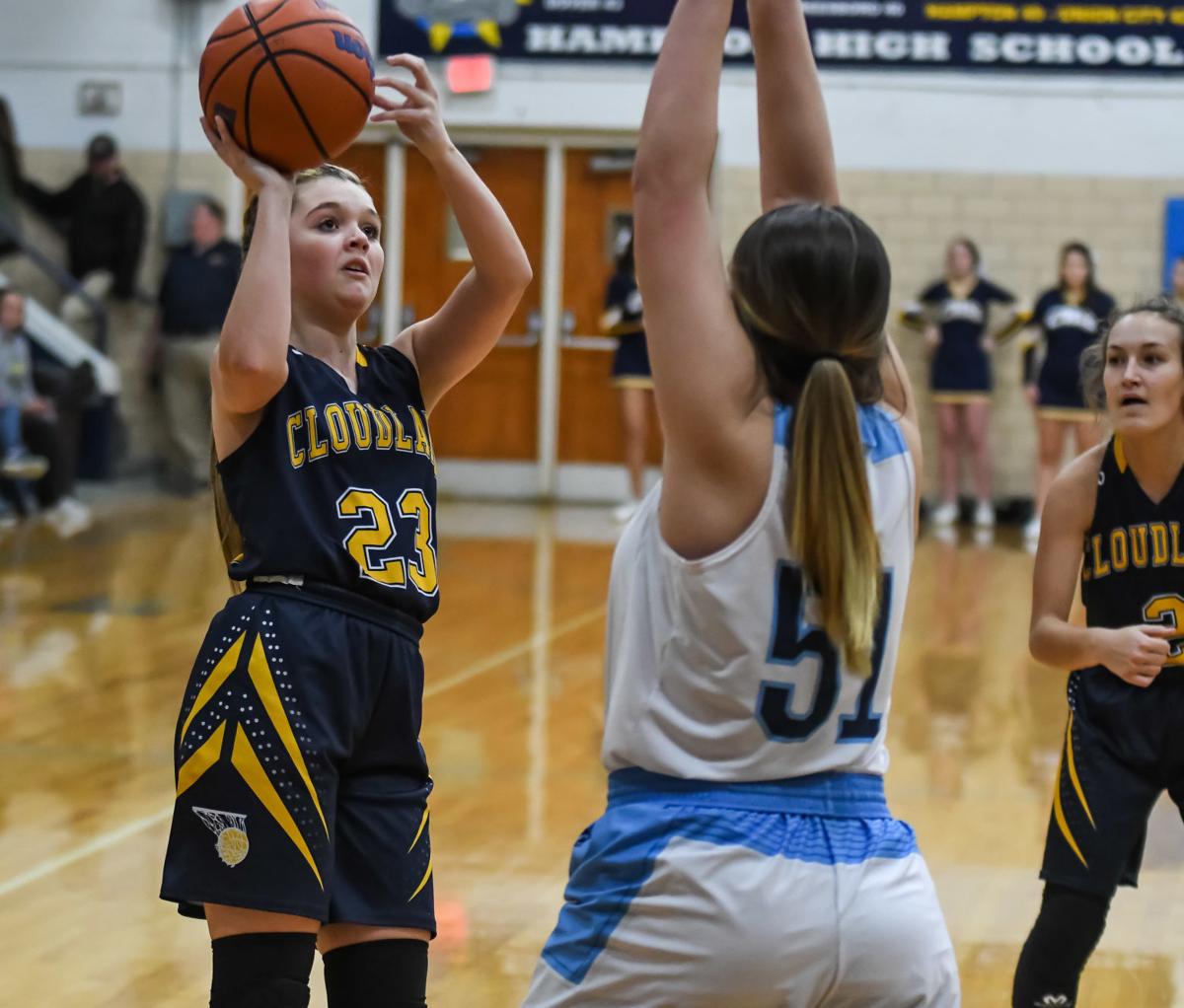 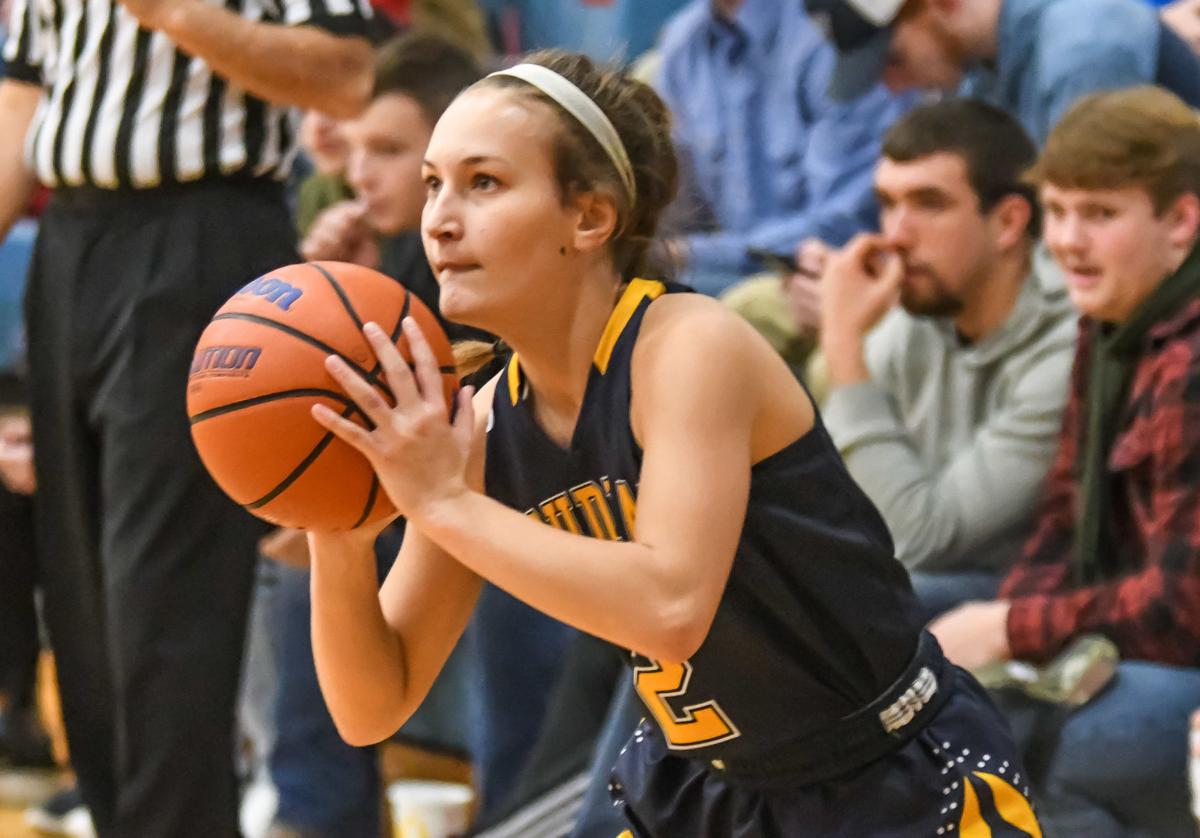 Heaven Caraway takes aim for a jumper in Cloudland basketball's matchup against Hampton.

Conner Birchfield drives to the basket in action at Hampton last week.

Heaven Caraway takes aim for a jumper in Cloudland basketball's matchup against Hampton.

The Cloudland girls basketball program had a pair of dominant wins, while the boys’ basketball team split its weekly slate of games.

The Lady ‘Landers rolled to a 58-18 victory over non-conference foe Providence and a 56-25 win over county rival Hampton in a District 1-A clash. On the boys’ side, Cloudland dispatched Providence in a 67-46 win, but dropped a 65-38 decision at Hampton.

The Lady ‘Landers used an early run and was never challenged against the Lady Knights.

Cloudland captured a 15-2 lead in the first quarter and held Providence to just a free throw in the second quarter to push the lead to 32-3 at the break.

From there, CHS coasted to the win.

Gracie Freeman led Cloudland with 11 points. Jasmine Birchfield and Kenzie Birchfield each recorded 10 points. Heaven Caraway had five points for the Cloudland cause.

A strong Cloudland run at the end of the first quarter proved to be the difference at Hampton.

After a back-and-forth battle in the early minutes, Cloudland ended the first quarter on a 14-4 run to take a double-digit lead into the second quarter. The Lady ‘Landers continued the run to open the second by outscoring Hampton 12-2.

From that point, it was all Cloudland as the Lady ‘Landers limited Hampton to just eight second-half points.

Freeman had a strong showing as she tallied 19 points to lead all scorers. Caraway recorded nine points, while J. Birchfield scored seven points.

The ‘Landers took control in the second quarter and never looked back.

The teams played to a 13-13 draw in the first eight minutes, Cloudland outscored Providence 24-11 in the second quarter to take control. In the second half, Cloudland wasn’t really threatened as they rolled to the win.

Cloudland was unable to keep pace with a torrid Hampton offensive attack.

In the early going, Cloudland kept with the Bulldogs by tying the game at 5-5 midway through the first quarter, but a quick Hampton run to the end the frame gave HHS an 18-11 lead.

Cloudland stayed within striking distance through the second quarter, but a Hampton run at the end of the half pushed the CHS deficit to 10 points. The ‘Landers continued to battle, but was unable to make a dent in the Hampton lead during the second half.