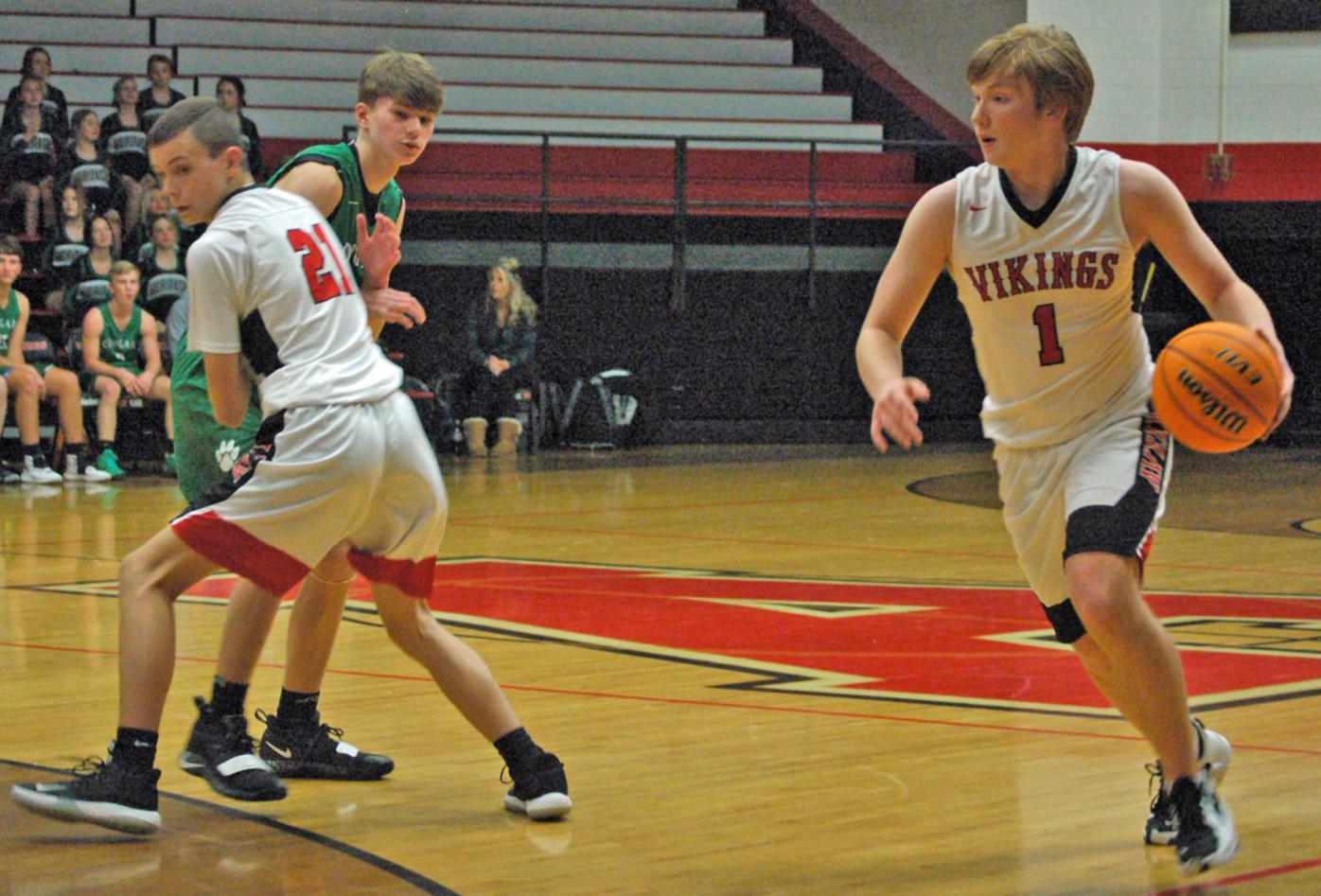 Weston Woody dribbles off a screen from teammate Braydon Johnson to set up a scoring opportunity against Mountain Heritage. 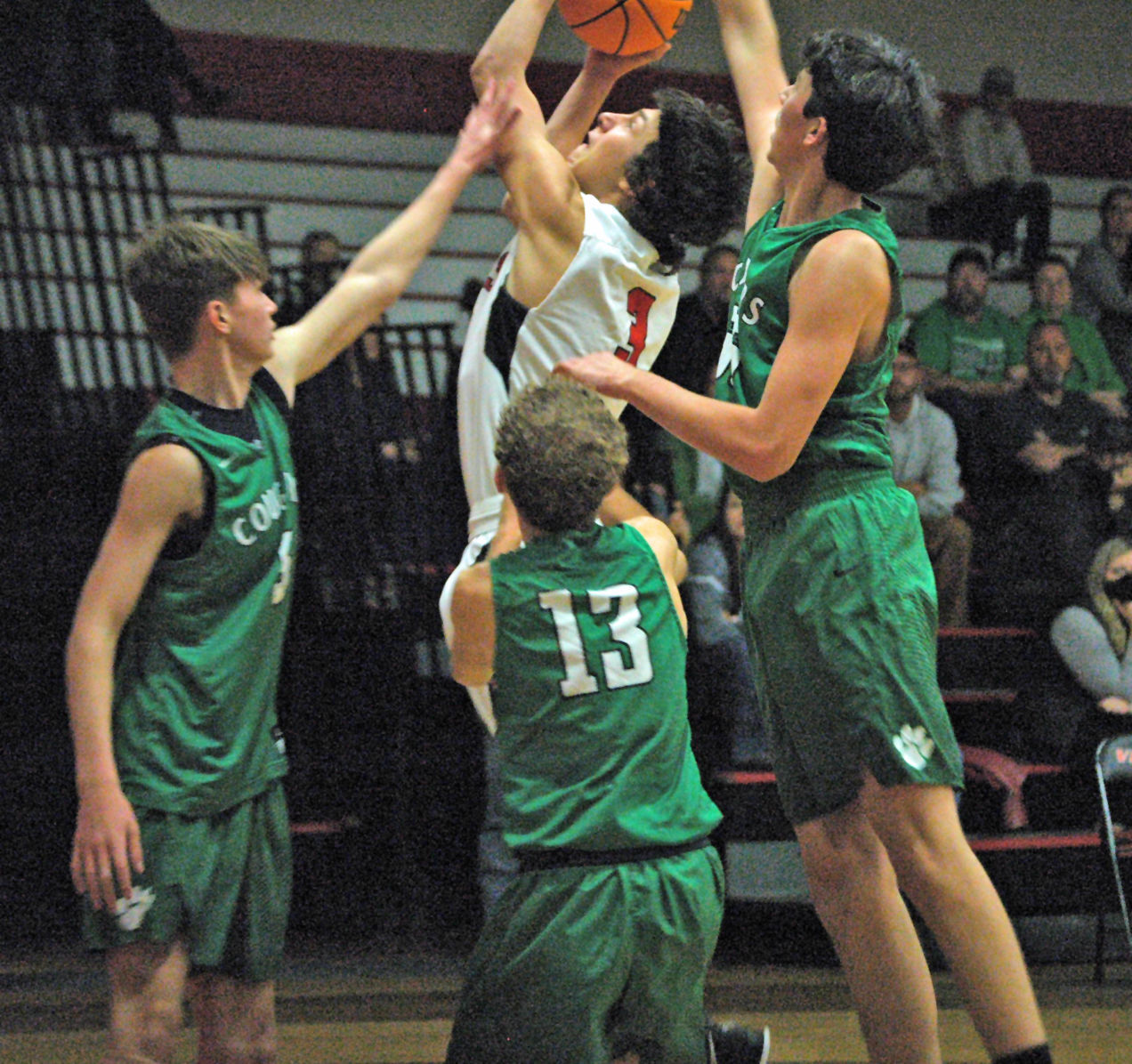 Weston Woody dribbles off a screen from teammate Braydon Johnson to set up a scoring opportunity against Mountain Heritage.

The two teams played a narrowly contested first quarter, as the Vikings held a narrow 10-9 advantage following seven minutes of play. Weston Woody sank a pair of three-pointers in the quarter, with baskets from Avery teammates Brooks Berry and Silas Garceau.

In the second quarter, the Cougars defense tightened its clamp on the Avery attack, as Woody and Berry scored baskets for the Big Red, but Mountain Heritage countered with an offensive flurry, scoring inside with a frontcourt height advantage to build a 22-16 lead at halftime.

Returning for the third quarter, Mountain Heritage came out firing, as it opened the stanza with a 6-1 scoring run to open its lead to double figures at 28-17. The Vikings refused to fold up its tent, however, as head coach John Gage’s club scratched back into the game.

A Landon Harmon basket, along with a three-pointer from Garceau, helped spark an 8-0 Vikings scoring run to cut the Cougars’ lead to 28-25 with two minutes to play in the period.

Mountain Heritage refused to give up its lead, however, finishing the quarter by outscoring Avery 5-3 to take a 33-27 lead after three periods.

Over the final seven minutes on Tommy Burleson Court, the Mountain Heritage frontline duo of Max and Mav Gilly stepped up in the paint, scoring a combined eight points to pace the Cougars.

Defending its home court, the Vikings would not go away in the opening minutes of the final period, drawing to within 36-30 with four minutes remaining. Harmon and Garceau each scored field goals in the quarter, but the remainder of the Avery offense was unable to get into high gear to draw closer, as Mountain Heritage converted on 6-of-8 free throws in the closing minutes of the matchup to secure a 48-34 victory.

Avery was scheduled this week for a road matchup at Owen on Jan. 11, while hosting Mitchell on Friday, Jan. 14.