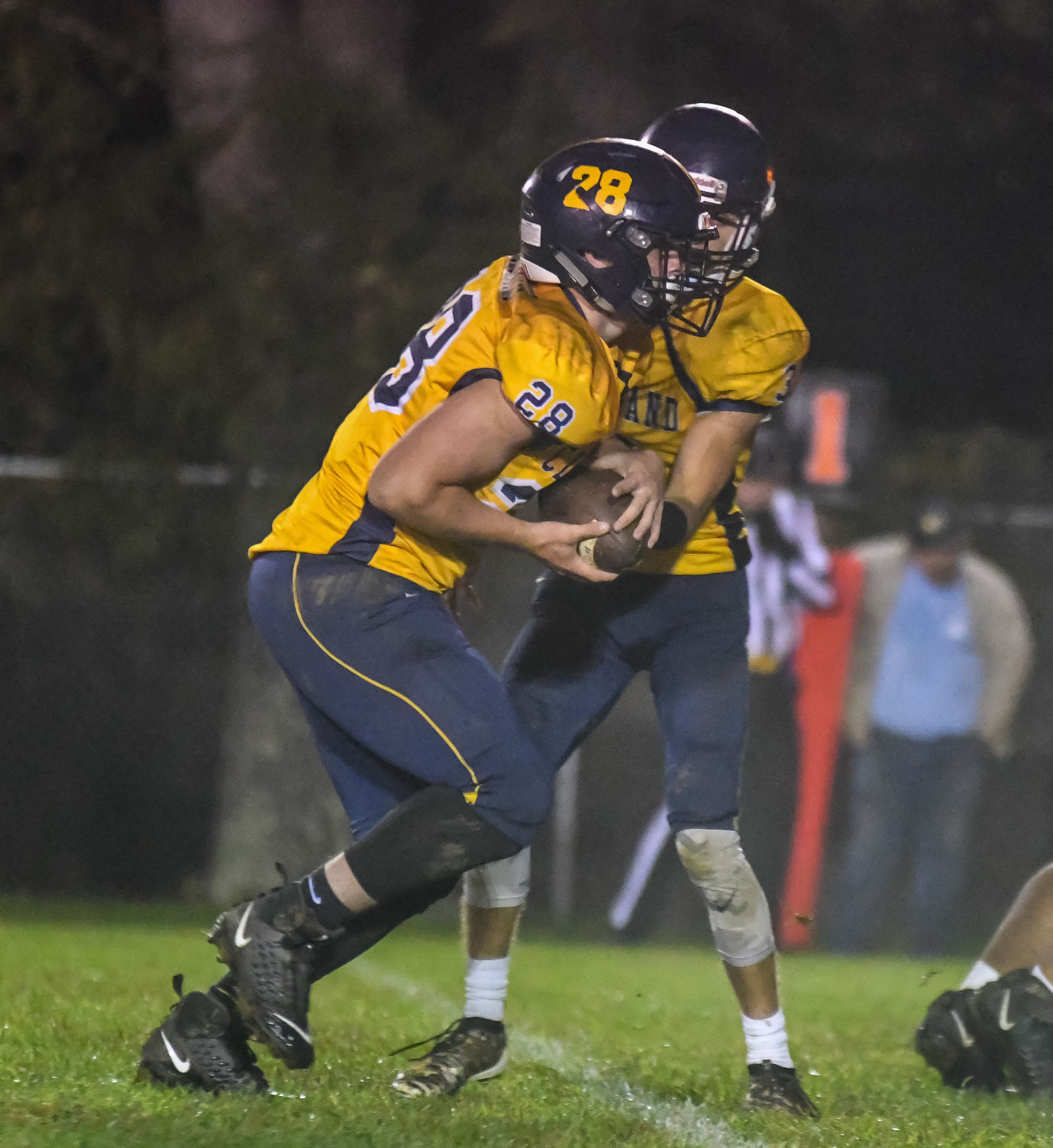 Cloudland running back Elijah Blair attacks the Unaka defensive line. Blair scored a touchdown in a 48-6 'Landers win on Oct. 2 in Roan Mountain. 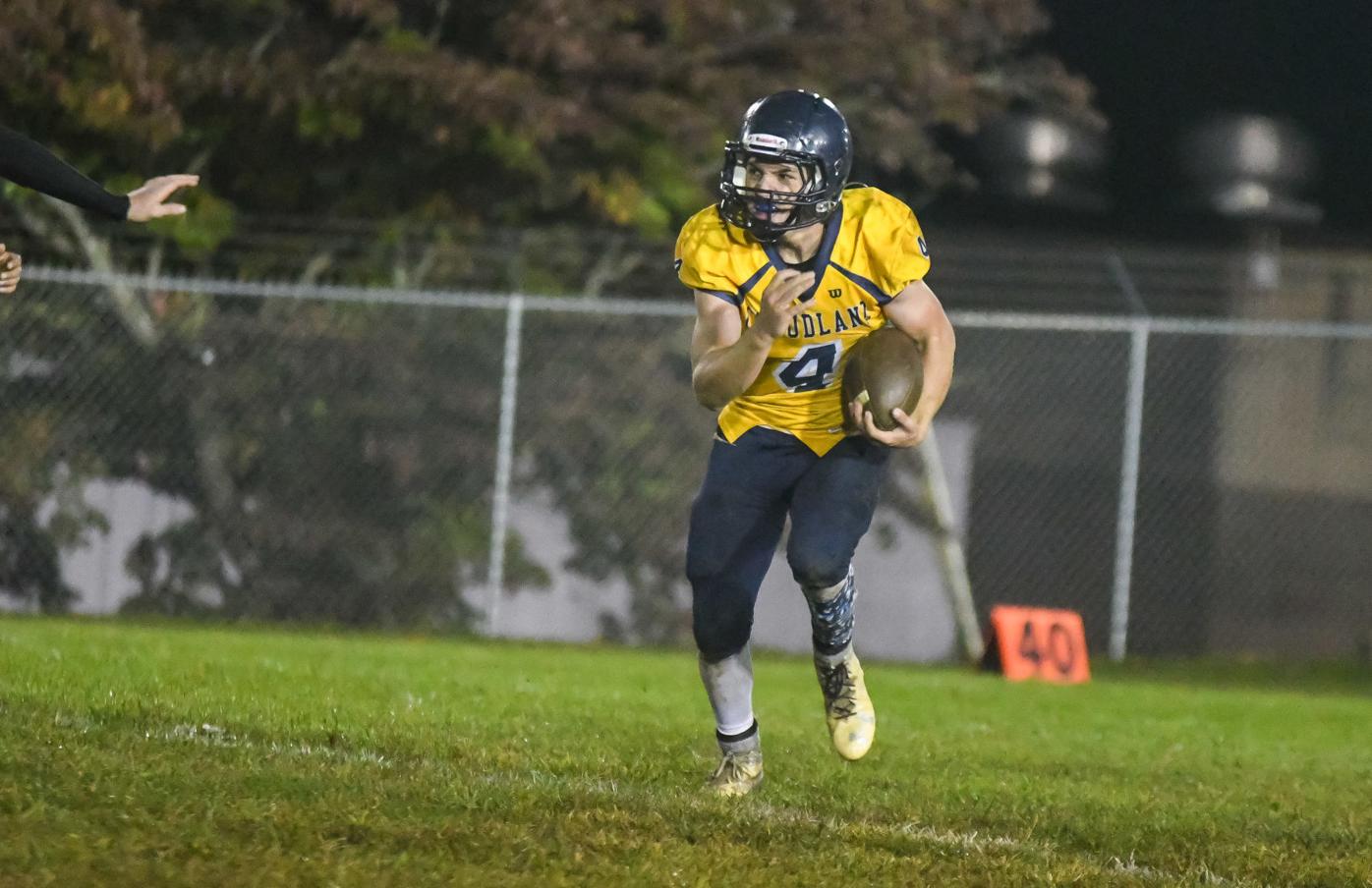 Cloudland running back Elijah Blair attacks the Unaka defensive line. Blair scored a touchdown in a 48-6 'Landers win on Oct. 2 in Roan Mountain.

ROAN MOUNTAIN, Tenn. — Cloudland took control of its own destiny by virtue of a crucial victory at home over Unaka.

The ‘Landers took control early in the Region 1-A championship chase with a 48-6 victory at Orr Field in a county clash. With the win, Cloudland clinched at least a share of the conference title, and can earn the title outright with a victory at Jellico in a pair of weeks.

At the outset, it was a back-and-forth battle. After Cloudland quickly marched into Ranger territory, Devin Ramsey pounced on a ‘Landers fumble. Landon Ramsey and the Unaka offense found its footing, and Landon connected with Devin Ramsey on a 24-yard touchdown pass to draw first blood and take a 6-0 lead midway through the opening stanza.

The ‘Landers responded and found its stride with its rushing attack, as Seth Birchfield put Cloudland in the lead with a three-yard touchdown run and subsequent two-point conversion run, helping CHS take an 8-6 lead after one quarter.

Unaka looked to answer and regain the lead, but it saw an eight-play, 63-yard drive come up empty in the second quarter. Cloudland seized momentum as it went back to the ground on a drive that covered 74 yards — including a five-yard touchdown jaunt by Birchfield.

After Unaka was forced to punt, the ‘Landers added to the lead with a 22-yard scurry from Birchfield. CHS took a 32-6 lead into the halftime locker room once Gage McKinney scored on a one-yard run and added the two-point conversion in the closing minute of the second period.

The Cloudland defense stepped up on a third-quarter Unaka drive inside ‘Landers territory to force a turnover on downs, but the UHS defense in turn forced a Cloudland punt. The clubs traded possessions throughout the period, until Caleb Sluder broke loose on a 36-yard scamper for Cloudland.

In the final 12 minutes, Cloudland capped the scoring with an Elijah Blair one-yard run to the end zone.

The ‘Landers were led offensively by Birchfield, who ran for 240 yards on 27 carries, while Sluder ended the game with 185 yards on 12 carries. McKinney added 11 rushes for 57 yards in the win.

Cloudland travels to Hampton this Friday, Oct. 9, for its second matchup of the season with the Bulldogs. Kickoff is slated for 7:30 p.m. from Campbell Stadium.