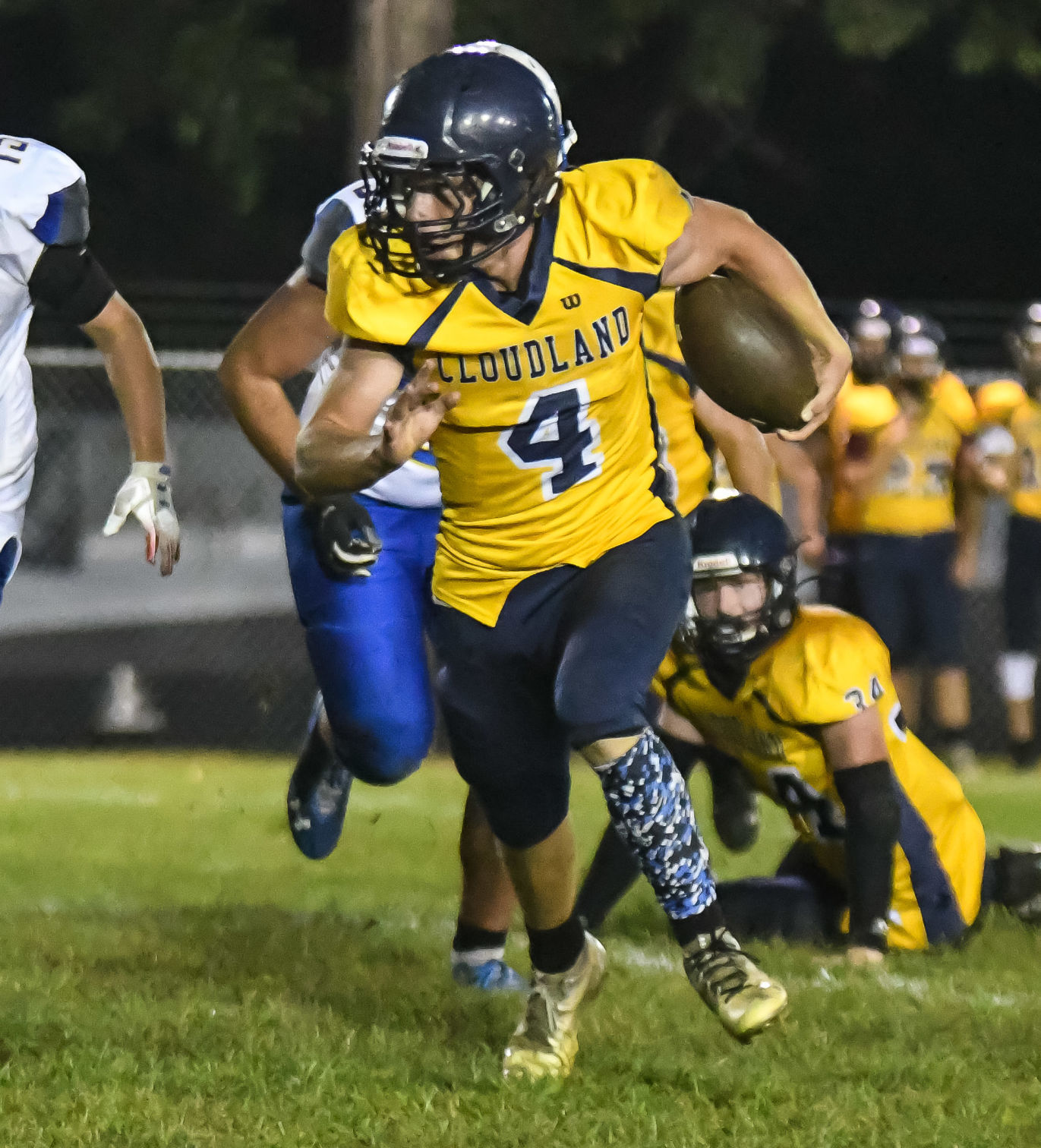 Seth Birchfield finds open space for a big gain. The running back had 190 rushing yards in 42-14 win at Sunbright last week. 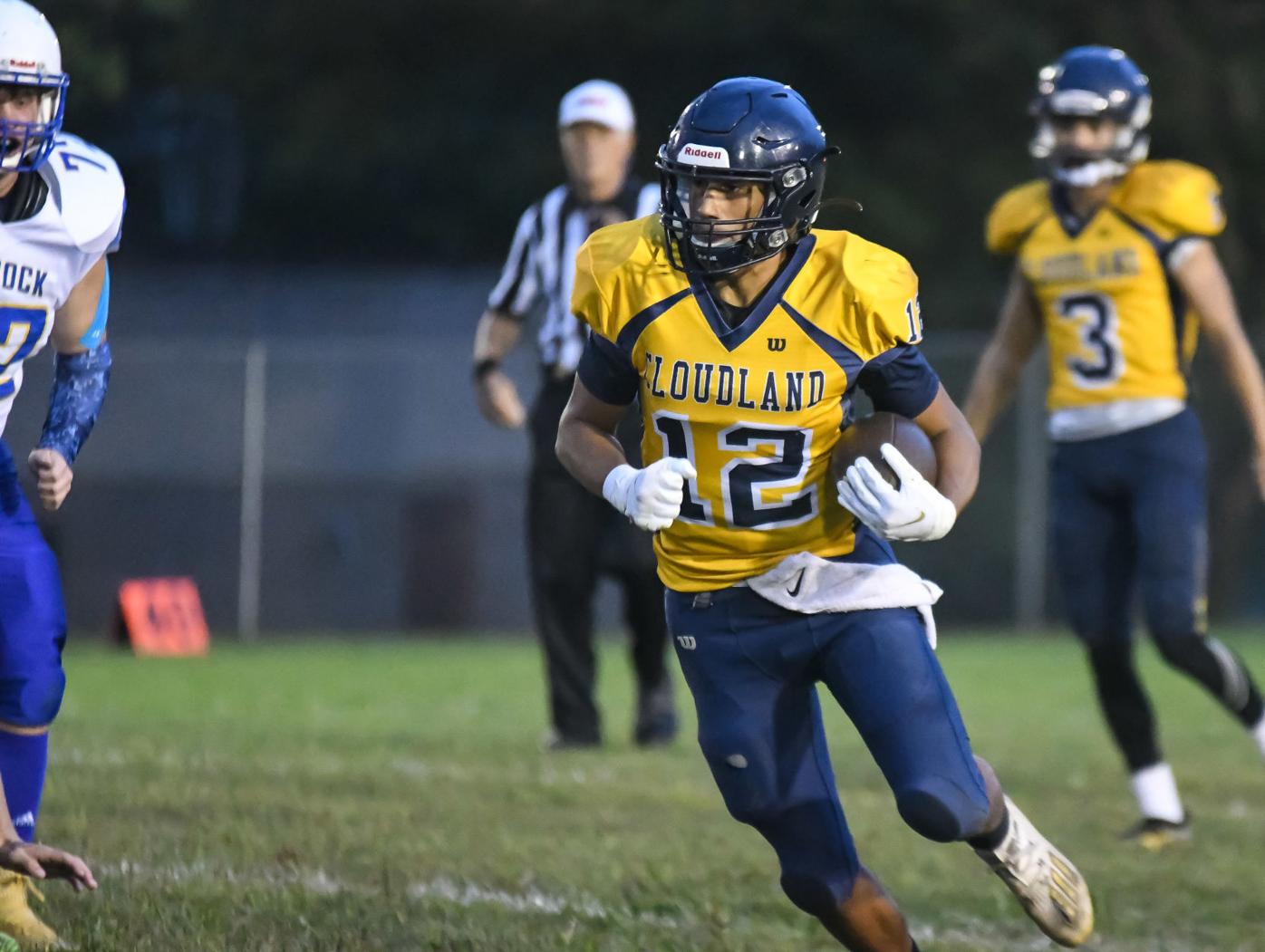 Gage McKinney ran for 85 yards and a touchdown in Cloudland's road victory last week at Sunbright.

Seth Birchfield finds open space for a big gain. The running back had 190 rushing yards in 42-14 win at Sunbright last week.

Gage McKinney ran for 85 yards and a touchdown in Cloudland's road victory last week at Sunbright.

SUNBRIGHT — Cloudland had relatively smooth sailing in its win on Friday, Sept. 25, at Sunbright, as the ‘Landers rolled to a 42-14 win to improve to 3-2 for the season.

In the early going, it was all ‘Landers. After Sunbright fumbled the opening kickoff, CHS took advantage as Seth Birchfield capped off a quick drive with a three-yard touchdown run. Bentley GIlbert added the PAT to give Cloudland a 7-0 lead.

Birchfield made his presence known defensively on the ensuing SHS drive, as he picked off a Tigers pass. The turnover led to a 29-yard pitch-and-catch from Chase Shell to Gilbert to give CHS a 13-0 lead after one quarter of play despite an Elijah Blair interception late in the first quarter.

As the second period ensued, Cloudland pushed its lead to 21-0 by halftime, as Birchfield scored on a two-yard run and Caleb Sluder added a two-point conversion.

In the third quarter, the ‘Landers offense geared up into overdrive. Sluder scored on a nine-yard run to open the second half scoring. Birchfield found the end zone once again later in the quarter when he scored on a short touchdown run, giving Cloudland a commanding 34-0 lead entering the final 12 minutes of play.

Sunbright added a pair of touchdowns in the final quarter against a number of ‘Landers younger reserves, while Cloudland capped the scoring as Gage McKinney scored on a four-yard scurry to account for the final margin.

Shell finished the game with 47 rushing yards and 33 passing yards. As a team, the ‘Landers racked up 420 yards in total offense.

Want to take the measure of the 2020 Huskers on Saturday? Look no further than the trenches