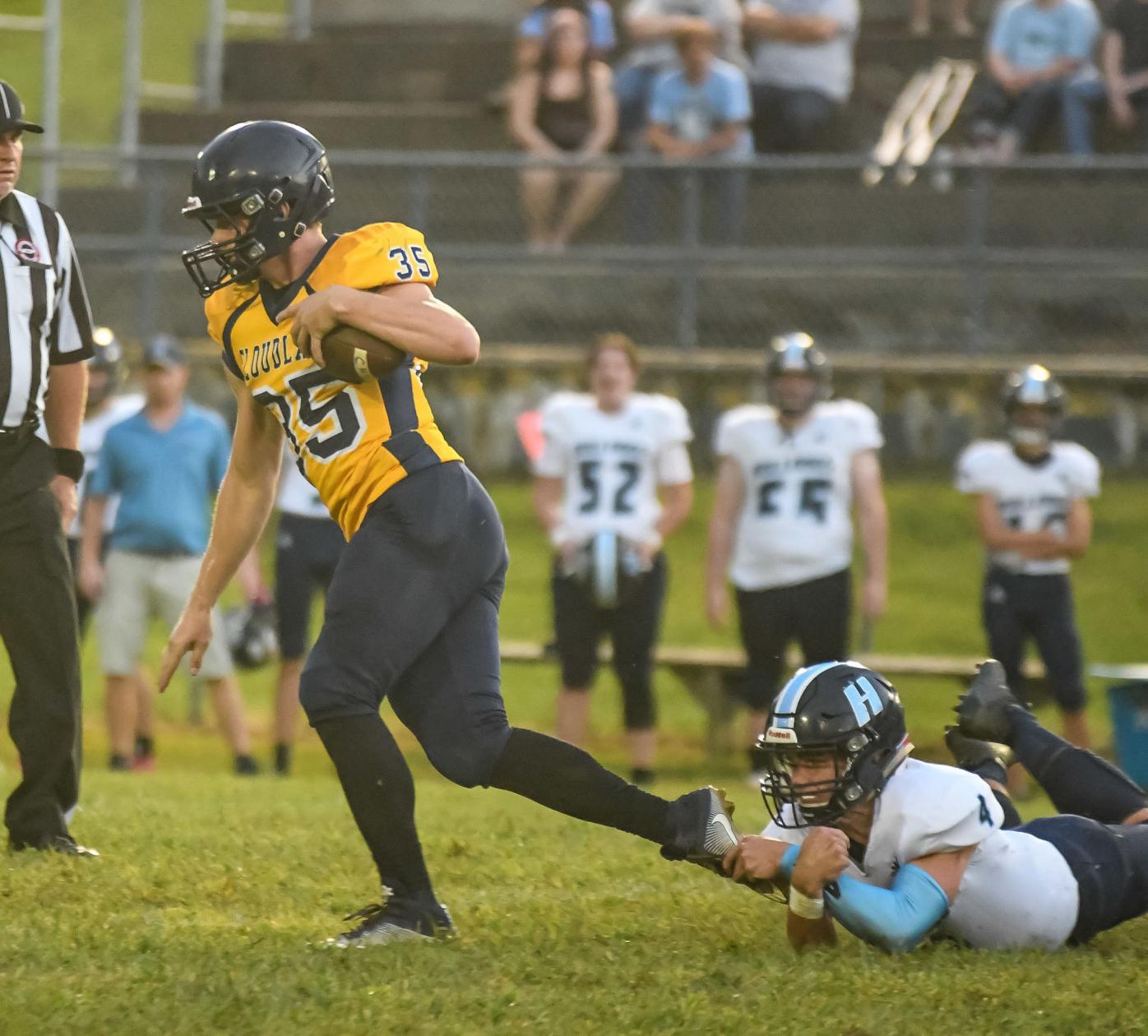 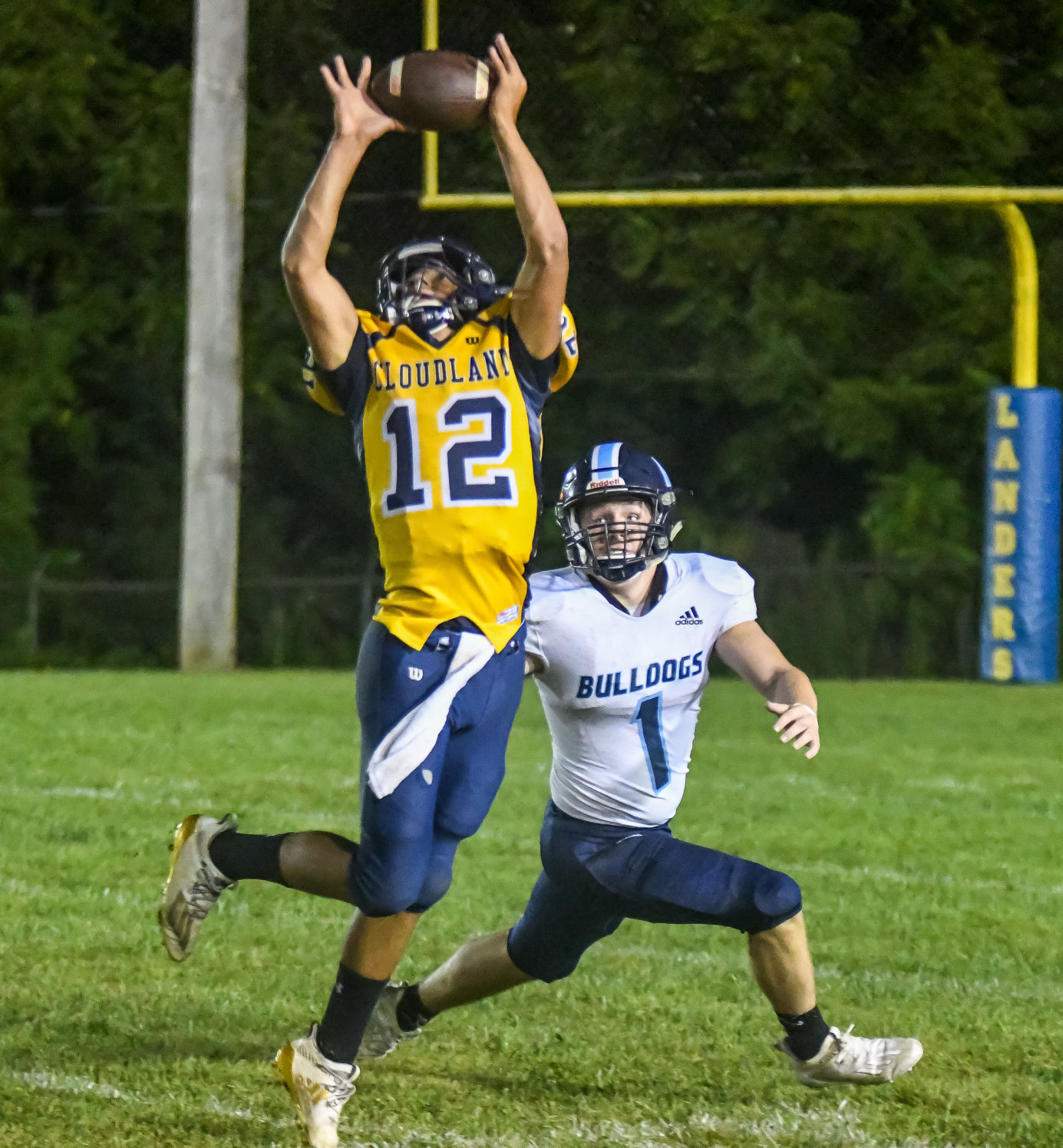 Gage McKinney picks off a Bulldog pass during last week’s rivalry football game between Cloudland and Hampton at Orr Field.

Gage McKinney picks off a Bulldog pass during last week’s rivalry football game between Cloudland and Hampton at Orr Field.

ROAN MOUNTAIN, Tenn. — Despite a hard-fought effort, the Cloudland football team came up short on Sept. 11.

The ‘Landers saw Hampton pull away late to take a 34-12 victory on Senior Night at Orr Field in non-conference action. Cloudland falls to 1-2 on the year.

In the opening minutes, the Bulldogs took momentum after forcing a three-and-out and then scored on a 38-yard run to take a 7-0 lead.

The ‘Landers, however, settled down on the next offensive drive and got on the board as Caleb Sluder scored on a 67-yard run as CHS pulled within a point midway through the opening quarter.

Hampton added a score late in the first quarter to take a 14-6 advantage.

The ‘Landers defense rose to the occasion early in the second quarter as Sluder picked up a Hampton fumble and rumbled to the HHS 5-yard line, setting CHS up in prime territory. A couple of plays later, Cloudland was back on the board with a short touchdown from Seth Birchfield. The two-point conversion was unsuccessful.

The Bulldogs added to its lead in the final minute of the second quarter with a 10-yard run from Jonathan Greenwell. Hampton led 21-12 at the break.

In the third quarter, Cloudland’s defense regained the momentum in a hurry.

Gage McKinney intercepted a Bulldog pass to set CHS up at midfield. However, the ‘Lander offense was unable to get anything going before being forced to punt.

The Bulldogs scored late in the quarter to push the lead out. Cloudland continued to battle but was unable to get a rally going in the final 12 minutes.

Sluder led the way with 84 yards on four carries for Cloudland, while Seth Birchfield had 17 carries. Defensively, Elijah Blair and Birchfield had nine and seven tackles, respectively.

Hampton’s Conor Jones had 18 carries for 159 yards, while Aiden Vines had 15 carries for 115 yards. Both scored two touchdowns in the game.

Cloudland is set to return to action on Friday, Sept. 18, as Hancock County will visit Orr Field. Kickoff is set for 7:30 p.m.

When Big Ten football does return ... 10 Huskers who have fans buzzing

Despite strong offensive start, Packers know drops have resulted in ‘a lot of yards left out on the field’