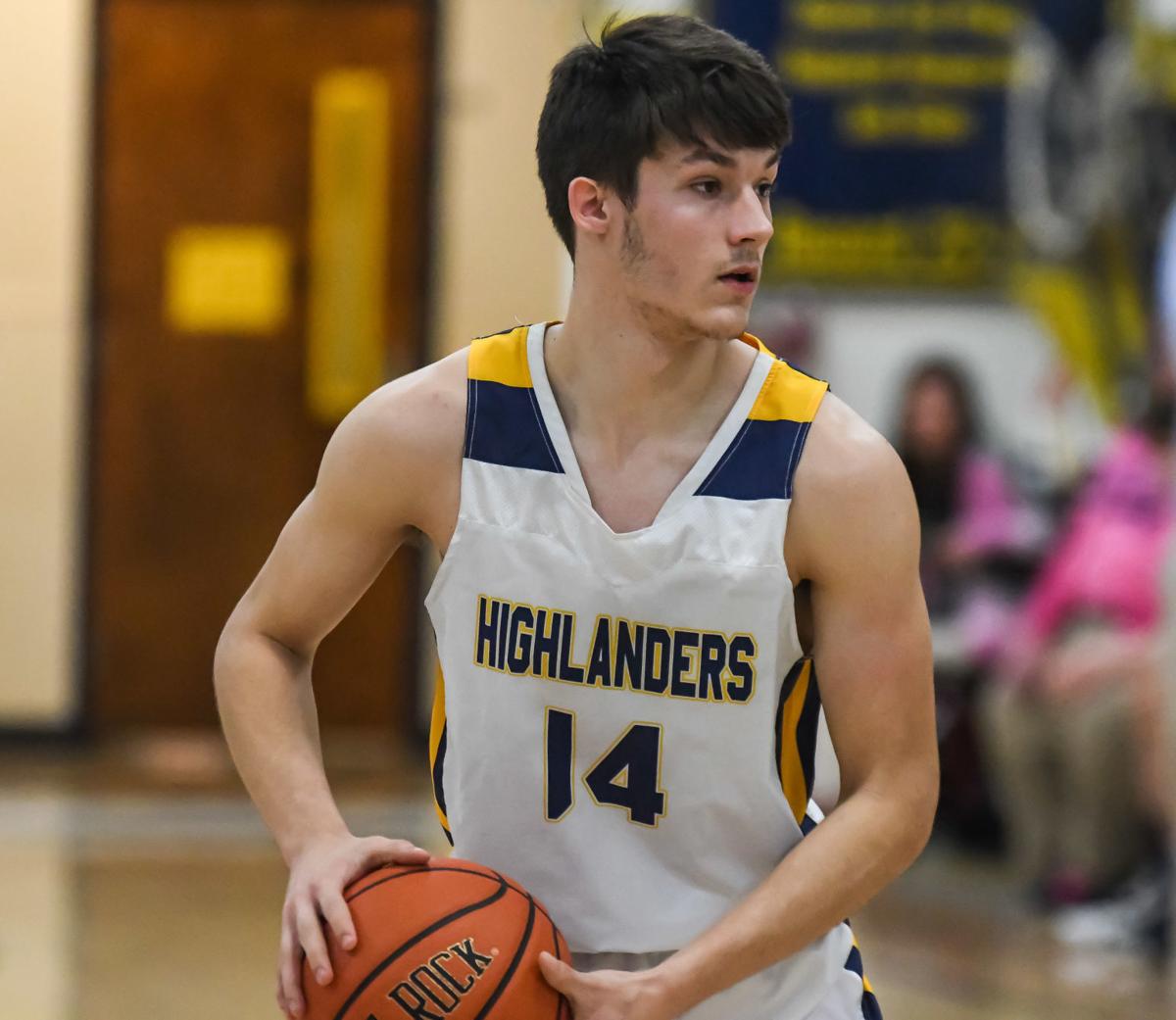 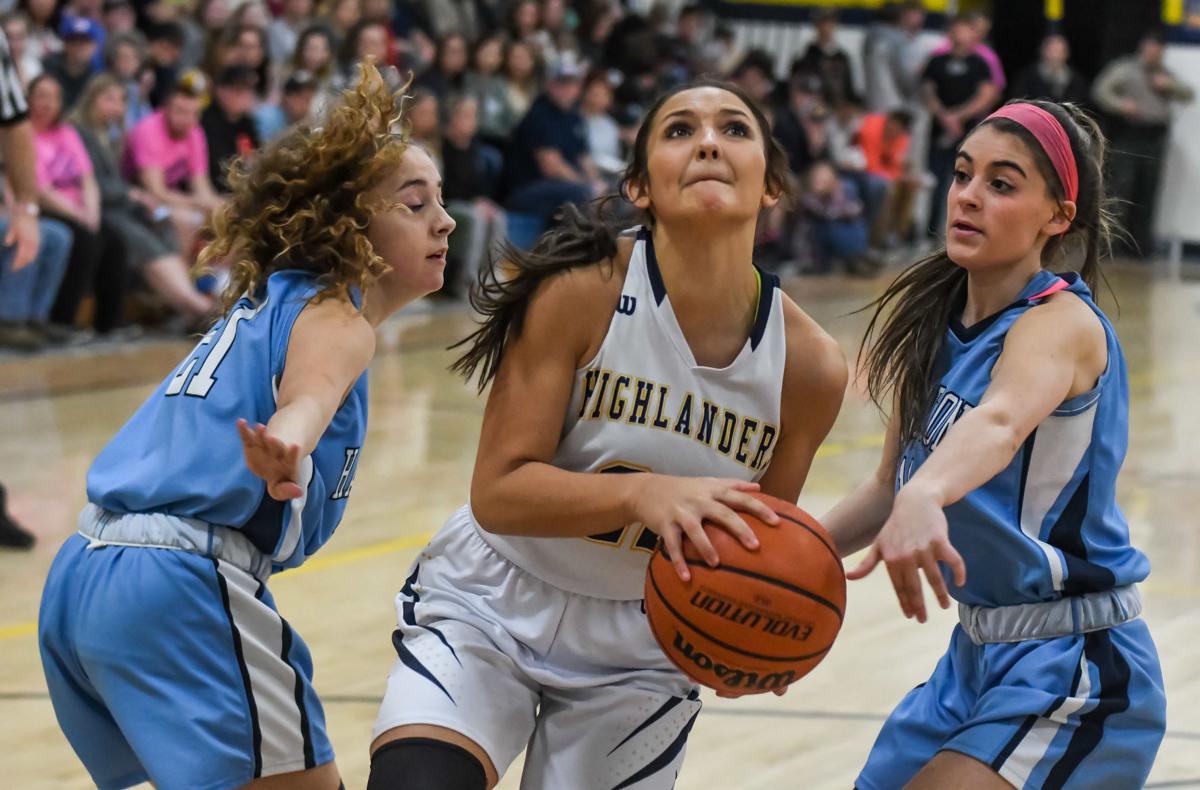 Jasmine Birchfield drives through a pair of defenders to the basket. 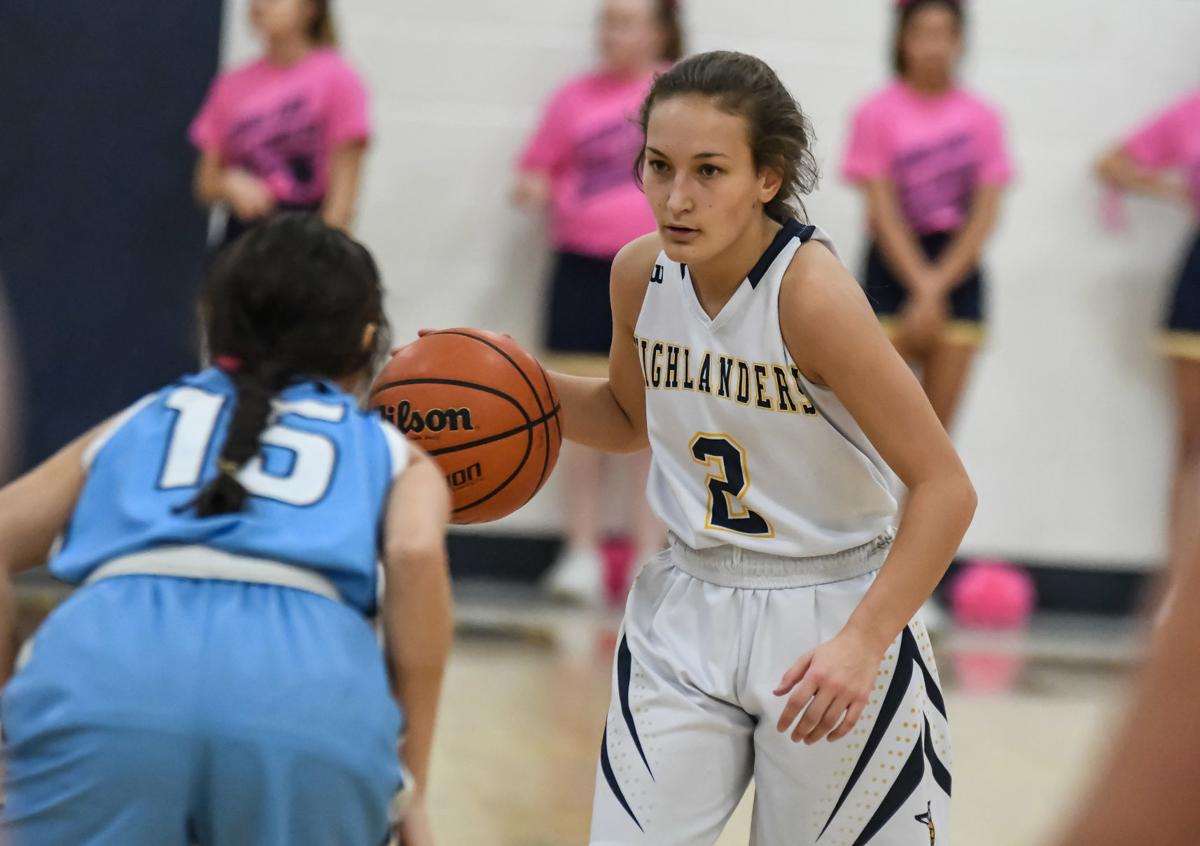 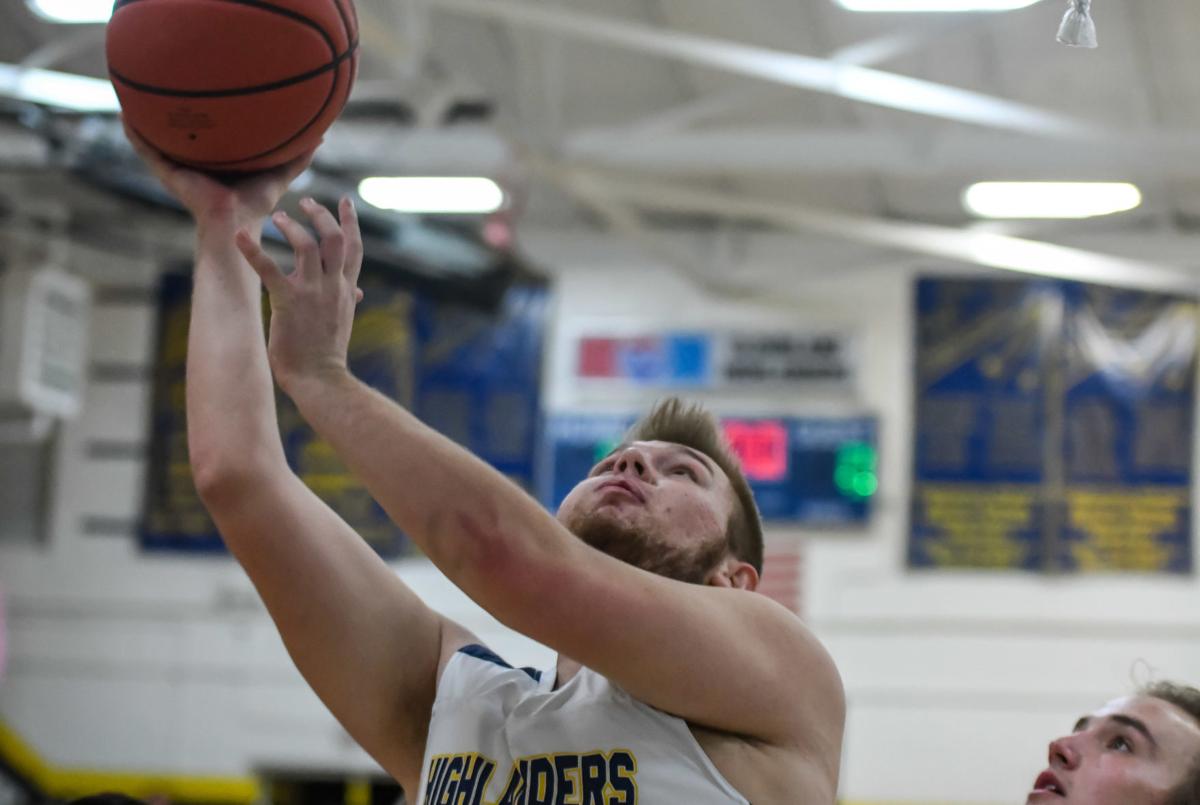 Jasmine Birchfield drives through a pair of defenders to the basket.

The Cloudland basketball programs wrapped up the regular season with a trio of games on the week.

Both teams are set to open the District 1-A Tournament the weekend of Feb. 16.

The Lady ‘Landers and Lady Longhorns had a classic back-and-forth battle in Mountain City.

Cloudland was able to pull out to a three-point lead after the first eight minutes, but Johnson County outscored CHS by six points in the second quarter to take a 23-20 advantage into the half.

The ‘Landers worked overtime to take a non-conference road win in Mountain City.

CHS, who led 13-9 at the end of the first quarter, was able to keep ahead of the Longhorns in the second quarter. The third quarter saw the teams battle by trading shots, and Cloudland held onto a one-point lead at the end of the quarter.

The teams continued to trade shots in the fourth quarter, but neither team was able to pull away. Cloudland took control in the extra period and never looked back.

The Lady ‘Landers saw the defense steal the show.

Cloudland limited and frustrated the Lady Bulldogs all night. CHS led 17-5 at the end of the first quarter, and then used an 11-2 run to take a 28-10 lead into the half.

After a quick Hampton run closed the gap, Cloudland responded with a run of its own to leave no doubt. The Lady ‘Landers didn’t give up a point to Hampton in the final eight minutes.

Freeman had 19 points, while J. Birchfield and Kenzie Birchfield scored nine points in the win. Benfield added eight points to the Cloudland cause.

The ‘Landers saw a late rally come up short against the rival Bulldogs.

Cloudland, who trailed 15-13 at the end of the first quarter, saw Hampton take an 11-point lead at the half and extend the margin to 16 points going to the fourth.

The ‘Landers, however, scored 11 of the first 14 points in the final quarter to trim the lead and kept using runs to trim away at the Hampton lead. CHS pulled within four points with the ball in the final minute, but was unable to get any closer.

The Lady ‘Landers hit the cruise button in Erwin.

Cloudland took a 21-9 first-quarter lead and turned the pressure up to extend the margin to 37-19.

From there, the CHS defense allowed just eight points in the second half to cruise to the win.

Despite a hard-fought effort, Cloudland was unable to rally in the final non conference game of the season.

The ‘Landers trailed 19-6 in the first quarter, and was unable to make a run the rest of the way against the Blue Devils.

Blair scored 14 points to lead the Blue and Gold, while Gilbert and Hu. Shell had nine and six points, respectively.