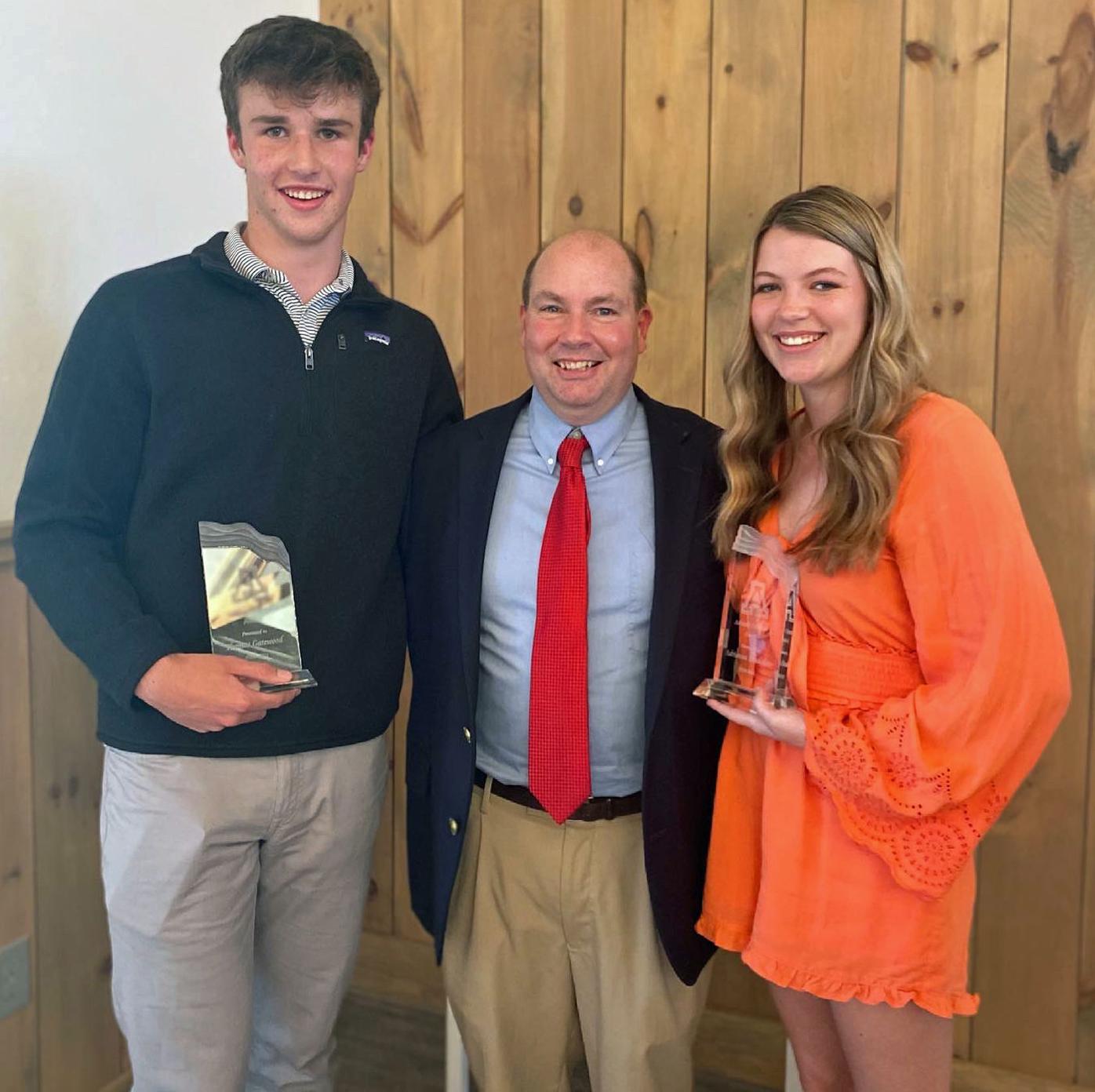 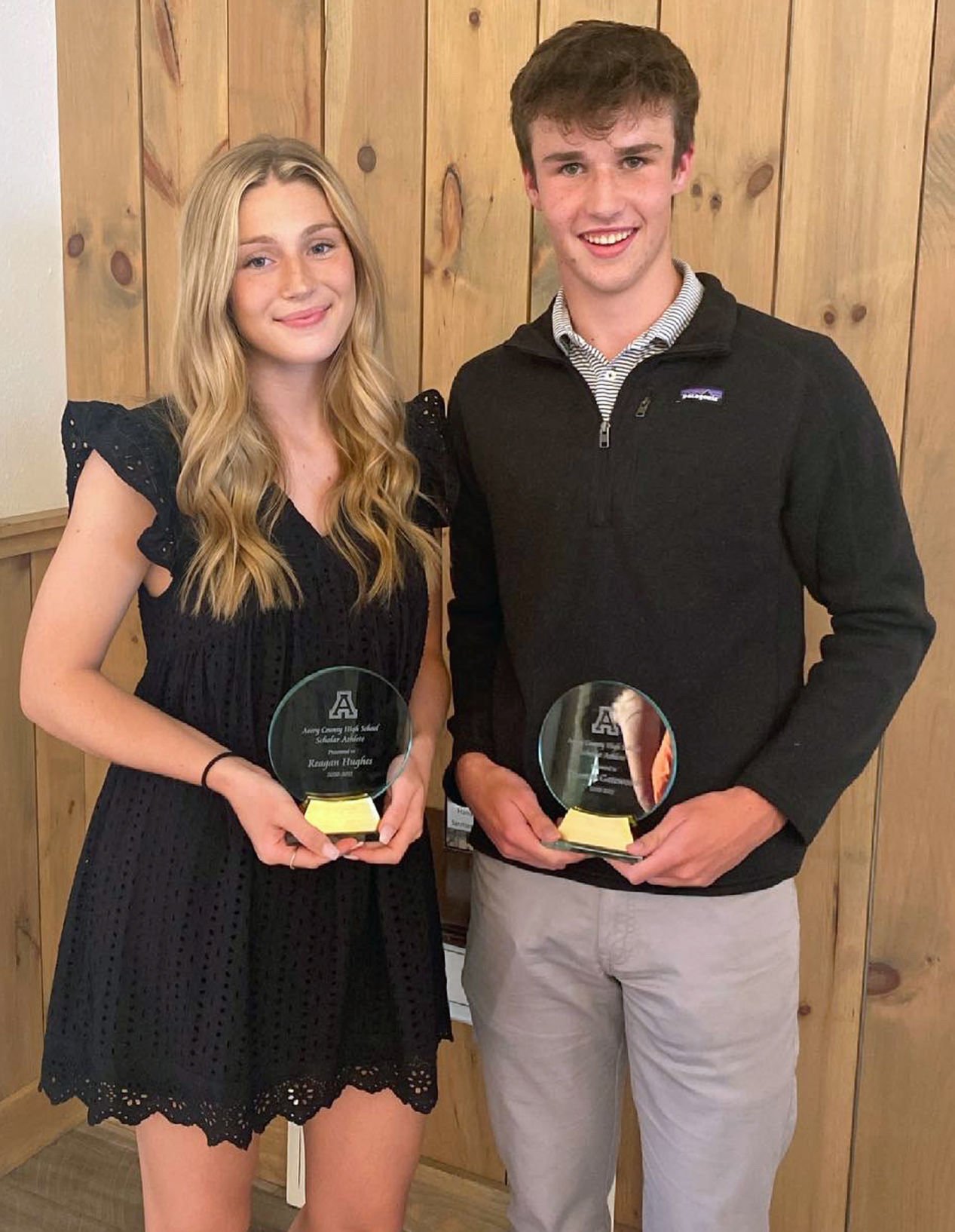 Avery senior student-athletes Reagan Hughes and Thomas Gatewood received the Male and Female AHS Scholar-Athlete of the Year Awards during the Avery High School Athletic Banquet on Thursday, May 6. 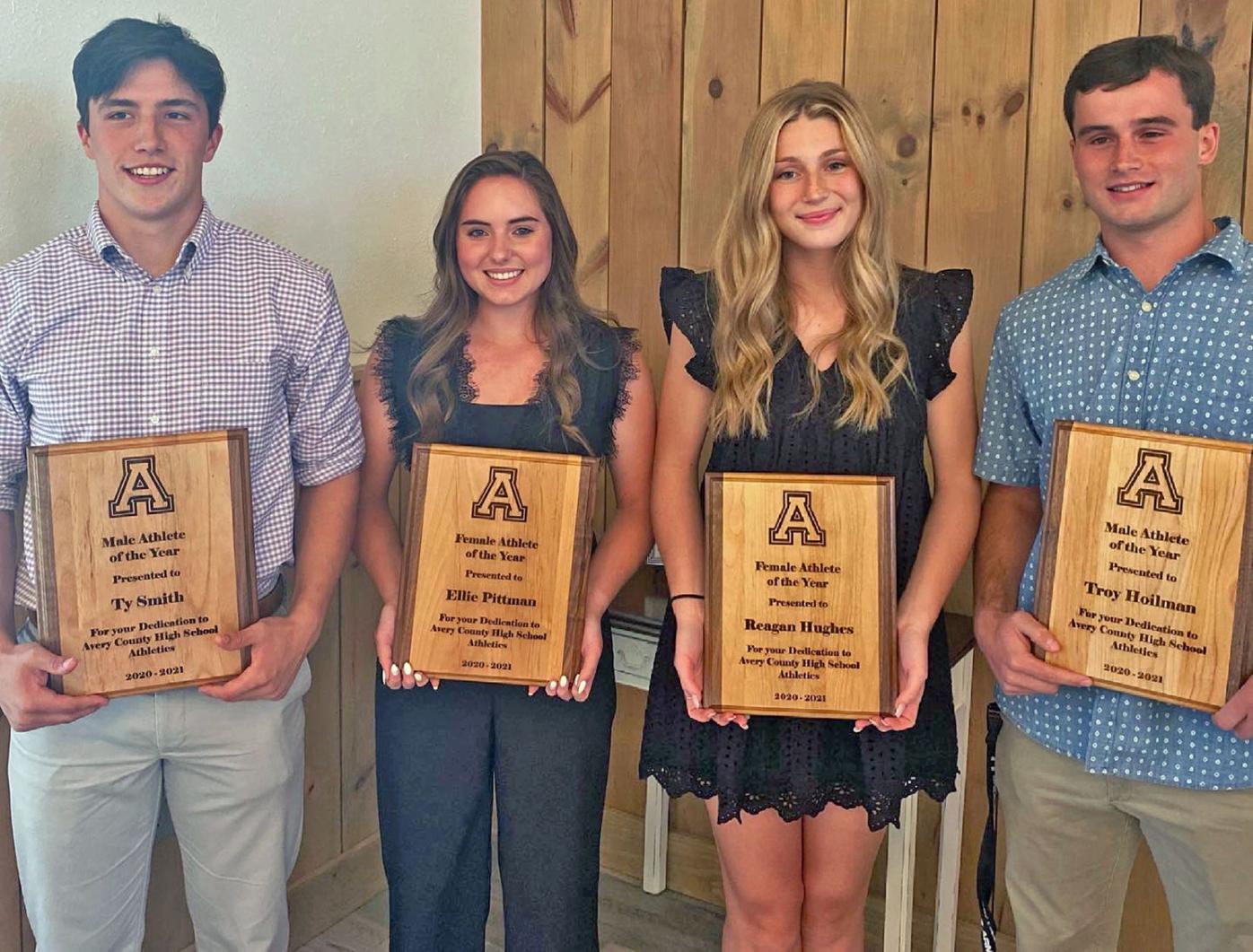 Avery senior student-athletes Reagan Hughes and Thomas Gatewood received the Male and Female AHS Scholar-Athlete of the Year Awards during the Avery High School Athletic Banquet on Thursday, May 6.

NEWLAND — Avery’s best and brightest student-athletes were recognized on Thursday, May 6, at the Avery Extension Office Community Building, as numerous students received awards for their performances on the athletic field or court as well as in the classroom.

“We had a really good group of students this year, and the coaches had a hard time when they voted on these awards,” ACHS Athletic Director Jay Smith said. “Our athletes for the most part have been our best students throughout the year When the coaches got together to vote, we had a couple of ties in the vote in awards, and the coaches felt that in those cases both students were truly worthy of the awards.”

“The boosters have always been great about getting things started and putting together the event for us. It’s a real group effort,” Smith added.

More than 25 Avery athletes earned All-Western Highlands Conference recognition, while a number of Vikings received the most coveted awards during the evening.

Additional awards for excellence in the classroom were doled out, as the program recognized its Male and Female Scholar-Athletes of the Year, with the awards presented to Gatewood and Reagan Hughes, respectively. Hughes and Ellie Pittman were honored as co-recipients of the ACHS Female Athlete of the Year Award, while fellow seniors Troy Hoilman and Ty Smith were recognized as co-recipients of the ACHS Male Athlete of the Year Award.