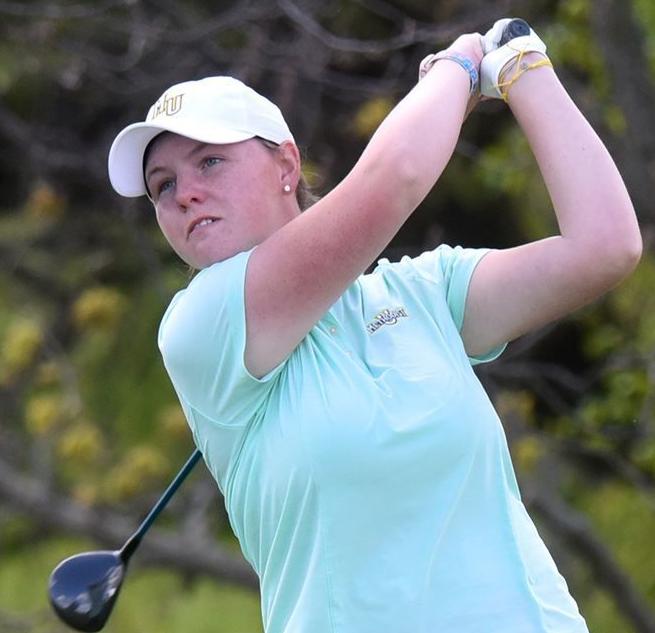 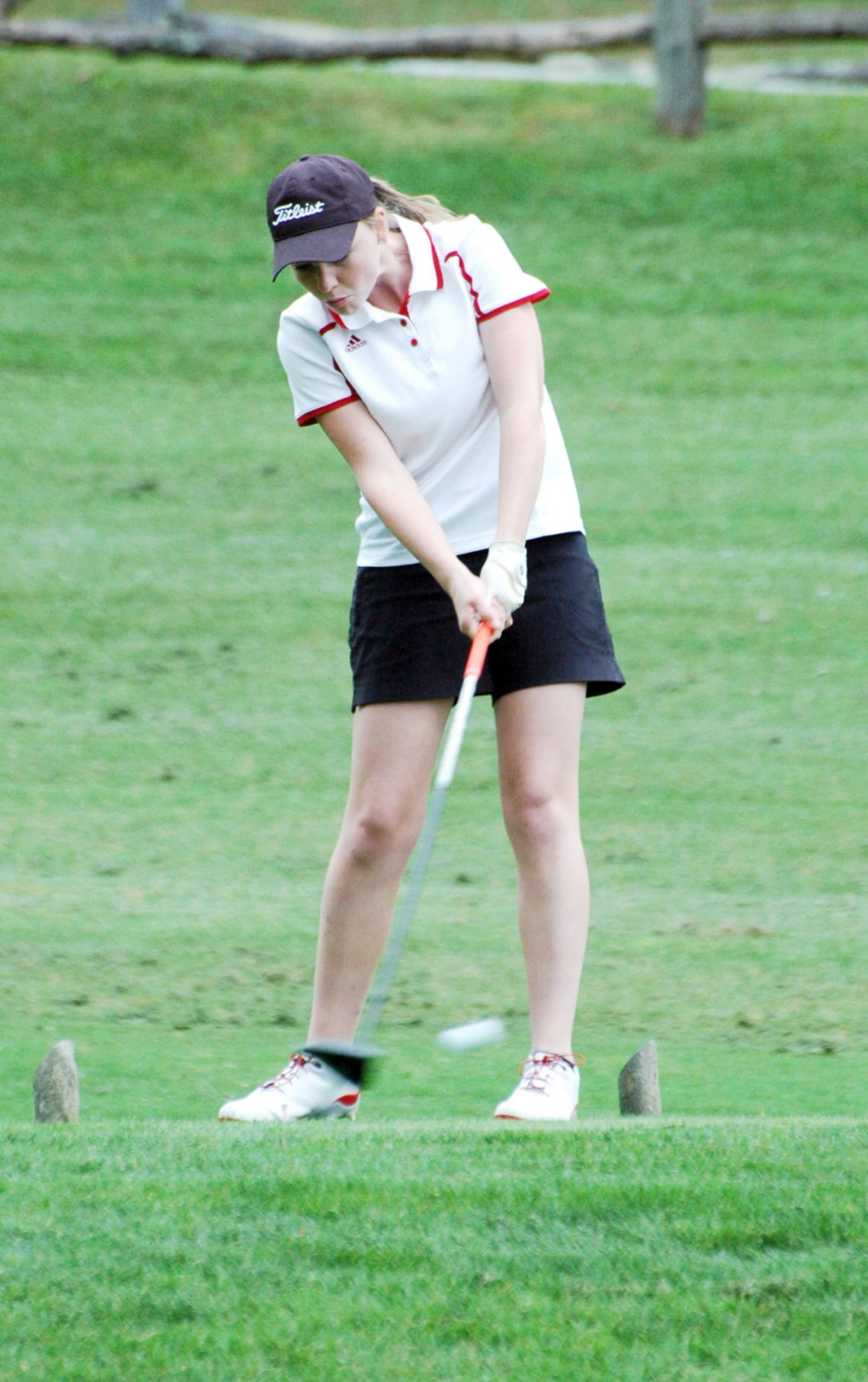 Paige Church during her prep career with the Avery Lady Vikings girls golf team. Church was part of the Methodist University women’s golf team that captured an NCAA Division III national championship last month in Michigan, and was named as an All-American player.

Paige Church during her prep career with the Avery Lady Vikings girls golf team. Church was part of the Methodist University women’s golf team that captured an NCAA Division III national championship last month in Michigan, and was named as an All-American player.

FAYETTEVILLE — Paige Church, 2016 Avery High School graduate and Lady Viking golfer, has continued to excel athletically and academically at the collegiate level, as Church recently earned an NCAA Division III national championship and was also named an All-American in women’s golf at Methodist University in Fayetteville.

Church, a senior, rose to the occasion when it counted the most as Methodist’s women’s golf team erased a four-shot deficit in the first six holes on May 14, and marching onward from there to capture the national title at the NCAA 2021 Division III Women’s Golf Championship over 24 other teams at Forest Akers West Golf Course in East Lansing, Mich., from May 11 to 14.

The Monarchs, of the USA South Conference, had taken over second place from George Fox (Ore.) University with Day Two’s tournament-low round of 300, inching to within one stroke of leader Carnegie Mellon (Pa.) University (CMU). The Tartans extended that narrow margin to four strokes Thursday but were unable to hold off Methodist in Friday’s final round.

The deficit, down to a single stroke after three holes, was erased on No. 4, and tilted in Methodist’s favor on the par-4 No. 6 hole when the Monarchs played the hole in even par while CMU played it in 3 over.

That three-stroke advantage grew to as many as six before Methodist settled for a five-stroke victory and its 26th national title.

Methodist, CMU and George Fox, grouped together each of the four days of the tournament, headed out for the final round from hole No. 1.

A junior playing in her first collegiate season, MU’s Steingrimsen also saved the best for last, posting her low round of the event on Day 4. Her 2-over 74 was filled with 10 pars and included a front-nine birdie on No. 2 and then two more on the back on Nos. 10 and 15. Her third-place (tie) finish was two spots better than where she began her day on the individual leaderboard.

Drinkard, also a junior but a seasoned veteran at nationals, gained one spot in the final round to finish locked with Steingrimsen in third. Drinkard carded seven pars — six in a row on Hole Nos. 2-7 — to cross the turn at +2. She birdied the 10th for a good start to her back nine and eventually finished +2 across the final nine holes.

The low round of the day for Methodist came from Church (84-72-81-73—310, +22). The senior and former Avery Lady Viking golfer moved up eight spots to finish in a ninth-place tie with a final round 1-over 73. Her opening nine was just short of spectacular with three birdies and a 1-under score at the turn. Her second nine sailed along in the right direction with a birdie on the 10th followed by four straight pars. No. 15 brought a double bogey to her card but she responded with a birdie on the 16th before closing out her back half at +2.

Freshman Maggie Williams (89-74-76-79—318, +30), in her first national tournament, recovered nicely from a rough opening day. She climbed 76 spots up the leaderboard over the next two days then held serve on Day 4 to finish where the day began, tied for 21st place. The newcomer crossed the turn at +2 before encountering a few more challenges on the back nine on which she shot 5 over. She collected 10 pars in the round, as well as a birdie on No. 2.

Senior Abby Bloom (79-78-83-85—325, +37) found the final round to be her most challenging of the tournament. Though she earned seven pars in the round, a double on her opening hole was a tone-setter Bloom found difficult to come off of. She finished the tournament tied for 36th place.

Methodist’s round of 300 on Wednesday and 302 on Friday were the tournament’s low rounds.

CMU would also end nationals with a tournament-best 211 pars, ahead of Williams (Mass.) College (193) and Methodist (190). But Methodist was the top team in cutting strokes, registering 35 birdies in the tournament, seven more than Fox.

Fresh off the program’s 26th national championship, Drinkard was named a first team All-American and an All-Southeast Region player. The junior concluded the national tournament in a tie for third place on the individual leaderboard. She ended the 2020-21 season ranked No. 2 in the Golfstat.com D-III individual rankings.

Senior Paige Church was voted a second team All-American and joined Drinkard on the all-region squad. Church finished tied for ninth place at the national tournament, and is No. 7 in the Golfstat rankings.

Making her first appearance in a national tournament, in her first collegiate season, was Steingrimsen, who ended the tournament tied with Drinkard for third place. Steingrimsen found a place on the second team All-American list and was the third Monarch to be selected for the all-region team. She concluded the season at No. 11 in the Golfstat.com ranking system.

Methodist captured its 26th NCAA title on Friday, May 14, at the D-III women’s golf championship in East Lansing, Michigan. The Monarchs were in fourth place after the opening round of the four-day tournament, then claimed second place after days two and three. Trailing the leaders by four shots to open Friday’s final round the Monarchs erased the deficit by the sixth hole and went on to earn a five-shot victory over runner-up Carnegie-Mellon (Pa.) University.