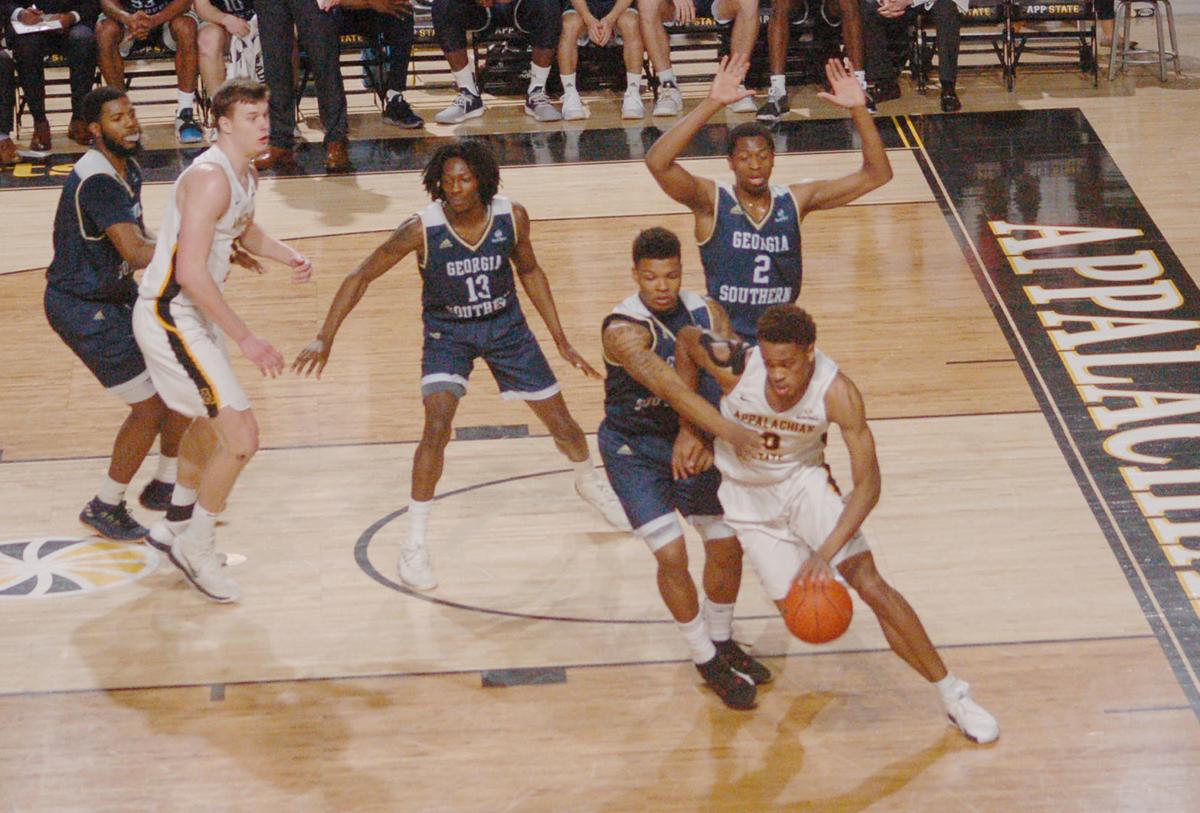 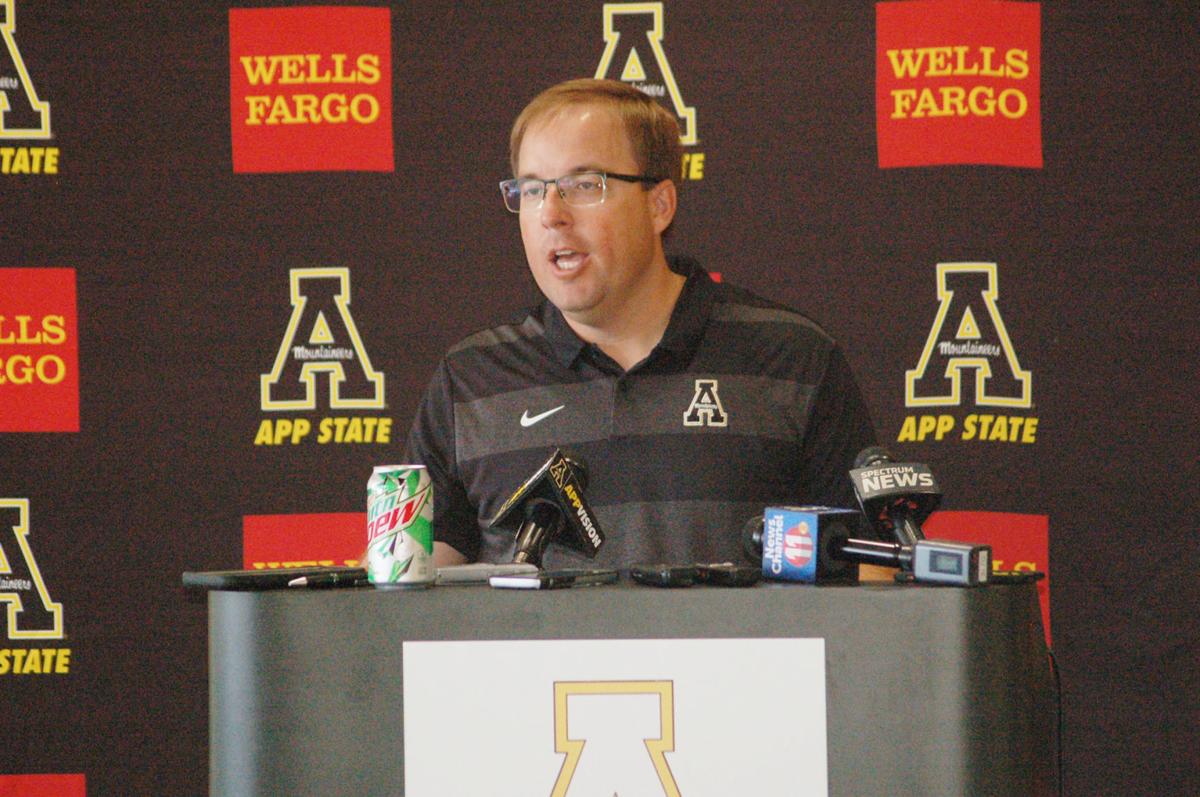 BOONE — New Appalachian State head football coach Eliah Drinkwitz is very aware of the success the Mountaineers have enjoyed over the past 30 years.

It’s up to him and the Mountaineers’ staff to lead the players to meet those expectations.

“I appreciate the foundation that coach Moore and coach Satterfield left in respect to the fact that it takes expectations to play for championships and win championships,” Drinkwitz said on Media Day at the Mark Ricks Center. “You embrace the target and you embrace the situation, but for us it’s about the difference from preference and performance. It’s not about how you prefer to do things. It’s about what’s going to help us have the best performance possible.”

Drinkwitz will have to meet those goals with some players who will not be available. Defensive lineman Nate Haskins and offensive linemen Luke Burnette have been “officially medically disqualified,” according to Drinkwitz, but said both players will still be allowed to stay and pursue a degree.

Drinkwitz said defensive back A.J. Beach was no longer on the team, but did not elaborate why. App State defensive lineman Chris Willis was lost for the season with a non-contact lower leg injury. As with Haskins and Burnette, the extent of Willis’ injury was not revealed.

Drinkwitz also delayed any announcement on the status of receiver Corey Sutton, who was arrested for possession of marijuana on a Boone traffic stop in June.

“We are still waiting for the judicial process and student conduct to play out,” Drinkwitz said of Sutton. “Once those two things have played out, then I’ll be able to make a decision based on the evidence or information that we have at that time. As soon as I (have) that information I’ll make an announcement regarding that situation.”

“We’ll start with media training and being in the spotlight,” Drinkwitz said, followed by an equipment check with their coaches. “We’ll follow up with academics, follow with a schedule for the next 19 days and exactly what we’re doing every single day.”

Drinkwitz said he was anxious to get started preparing for the Mountaineers’ season.

“We’re excited for fall camp,” Drinkwitz said. “It’s a common phrase for us, but it’s really a training camp. We’re exciting about beginning the process of training for everything that’s going to present itself this season. We’ve got a strong football team. We’ve got a great staff. The biggest challenge for us is to become an us unit, become the 2019 Mountaineers and that’s what we’re really focused on for the next three weeks.”

After the three weeks, the Mountaineers were concentrate on their first game, which is Aug. 31 at home against East Tennessee State.

“We’ll spend the next three weeks of training camp and lastly we’ll turn are attention to our first opponent,” Drinkwitz said.

App in the USA Today poll

NEW ORLEANS — The Sun Belt Conference has announced the men’s basketball schedule for the upcoming 2019-20 season.

All App State home games will tip at 7 p.m. on weeknights and 4 p.m. on weekends. App State opens conference play on the road in Alabama at South Alabama on Dec. 19 and Troy on Dec. 21.

The Mountaineers return to Boone for three straight contests on Jan. 2 versus Georgia State, Jan. 4 against Georgia Southern and Jan. 6 against Louisiana.

The Mountaineers head right back on the road for a pair of road games in Texas on Jan. 9 (at UT Arlington) and Jan. 11 (at Texas State), before returning to the Holmes Center to face Arkansas State (Jan. 16) and Little Rock (Jan. 18).

App State embarks on a three-game road trip, beginning at Coastal Carolina on Jan. 25. The Mountaineers also take on Arkansas State on Jan. 30 and Little Rock on Feb. 1.

Conference and regular season play concludes on March 3 with a contest at Louisiana-Monroe.