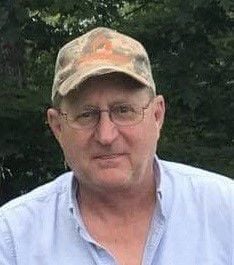 Wayne was born June 20, 1955 to the late Roy Sidney Smith and Kitty Elouise Smith. In addition to his parents, he was preceded in death by an infant sister.

Wayne is survived by a sister, Nancy Ramsey of Hudson, and a brother, Harry Smith of Banner Elk. He is also survived by a niece, Lou Anne (Neil) Annas of Granite Falls, a nephew, Jake (Robin) Ramsey of Hickory as well as long-time friends, Rick Hamby and family, Rick Gentry and family, Lisa Jones and Paul and Bobbie Smith.

Wayne had a servant’s heart and was always willing to help his family and friends. He loved being outdoors and was a master at the BBQ grill. He served as the maintenance manager for Holston Camp in Banner Elk for many years where he formed many long-lasting friendships.

Memorials in Wayne’s honor may be made to St. Jude’s Children’s Research Hospital.

Condolences may be made online at www.hamptonfuneralnc.com