RALEIGH — North Carolina will move into the second phase of its reopening strategy beginning at 5 p.m. on Friday, May 22, Governor Roy Cooper announced at press conference on May 20.

Under Phase Two, restaurants can open for dine-in customers at 50-percent capacity, while salons and barbers shops are also allowed to open with similar restrictions.

Gyms, bars, night clubs, playgrounds and indoor entertainment venues will remain closed under Phase Two, while mass gatherings of no more than 10 people indoors and 25 people outdoors are allowed.

Retail businesses are encouraged to limit customers inside the store to an emergency maximum occupancy, mark six feet of spacing in lines at point of sale and in other high-traffic areas for customers, conduct daily symptom screening of workers using a standard interview questionnaire of symptoms and perform frequent and routine environmental cleaning and disinfection of high-touch areas with an EPA-approved disinfectant for SARS-CoV-2.

Restaurants are to follow similar rules while limiting customers at tables so that no more than ten people shall be seated together at the same table (unless they are members of the same household). Restaurant establishments are also asked to ensure that customers sitting at a table are not within six feet of any customers sitting at another table.

Public health recommendations have been provided for worship services to practice enhanced social distancing and other cleaning and hygiene practices, according to Cooper's office.

"The mass gathering limit and other requirements of this Executive Order do not apply to worship, religious and spiritual gatherings, funeral ceremonies, wedding ceremonies and other activities constituting the exercise of First Amendment rights," according to state officials.

As part of phase two, Gov. Cooper has lifted the stay-at-home order, revised into a "safer at home" recommendation. However, the gradual reopening will be more modest than originally planned. The governor also encourages vulnerable populations to take extra precautions.

"While I am lifting the Stay At Home order, we are shifting to a Safer At Home recommendation. And that’s especially important for vulnerable people who are at risk for more severe illness," Cooper said.

Cooper added that since the state announced the beginning of Phase 1, officials have monitored trends and the state’s overall key indicators remain stable. NC Department of Health and Human Services Director Dr. Mandy Cohen said Phase 2 will likely last five weeks to give officials a longer period of time to continue to monitor key indicators.

North Carolina health officials report there have been a total of 20,122 lab-confirmed cases of the coronavirus in the state as of 11 a.m. on Wednesday, May 20, according to statistics posted from NCDHHS. The state also reports 702 virus-related deaths.

The Raleigh News & Observer newspaper reported that 726 individuals have died from the virus, with 20,261 cases statewide as of 5:30 p.m. on Wednesday, May 20.

A total of 277,603 tests had been completed by the N.C. State Laboratory of Public Health and reporting hospitals and commercial labs as of May 20, according to N.C. DHHS. The estimate of people who have recovered from the virus is 11,637, with the estimate provided each Monday by NCDHHS. NCDHHS estimates a median time to recovery of 14 days from the date of specimen collection for non-fatal COVID-19 cases who were not hospitalized, or if hospitalization status is unknown. The estimated median recovery time is 28 days from the date of specimen collection for hospitalized non-fatal COVID-19 cases.

According to Toe River Health District, which includes Avery County Health Department, 501 people in Avery County have been tested, with 452 negative results and 48 tests pending, as of 8 a.m. on Wednesday, May 20.

A total of 231 people have been tested in Mitchell County as of Wednesday, May 20, with 208 negative results, with 17 results pending. The county has reported six total positive tests for COVID-19, according to TRHD, with five cases having recovered. Yancey County reports 542 people have been tested, with 481 negative results, 51 results pending and 10 total positive cases of COVID-19 (eight have recovered, and two are active).

Statewide, Mecklenburg County has reported the most cases with 2,780. Wake County is reporting 1,307 and Durham County reports 1,084 cases. 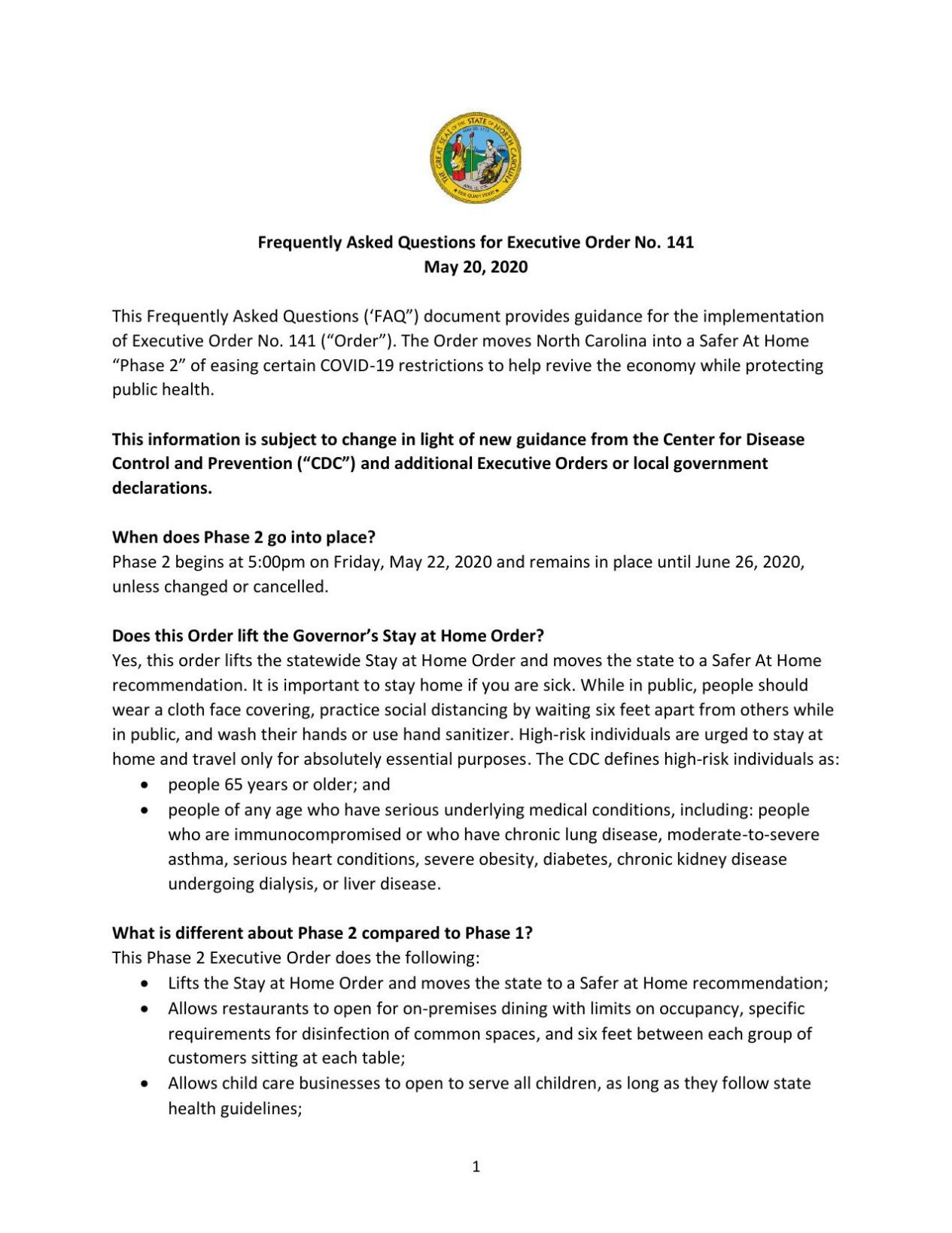