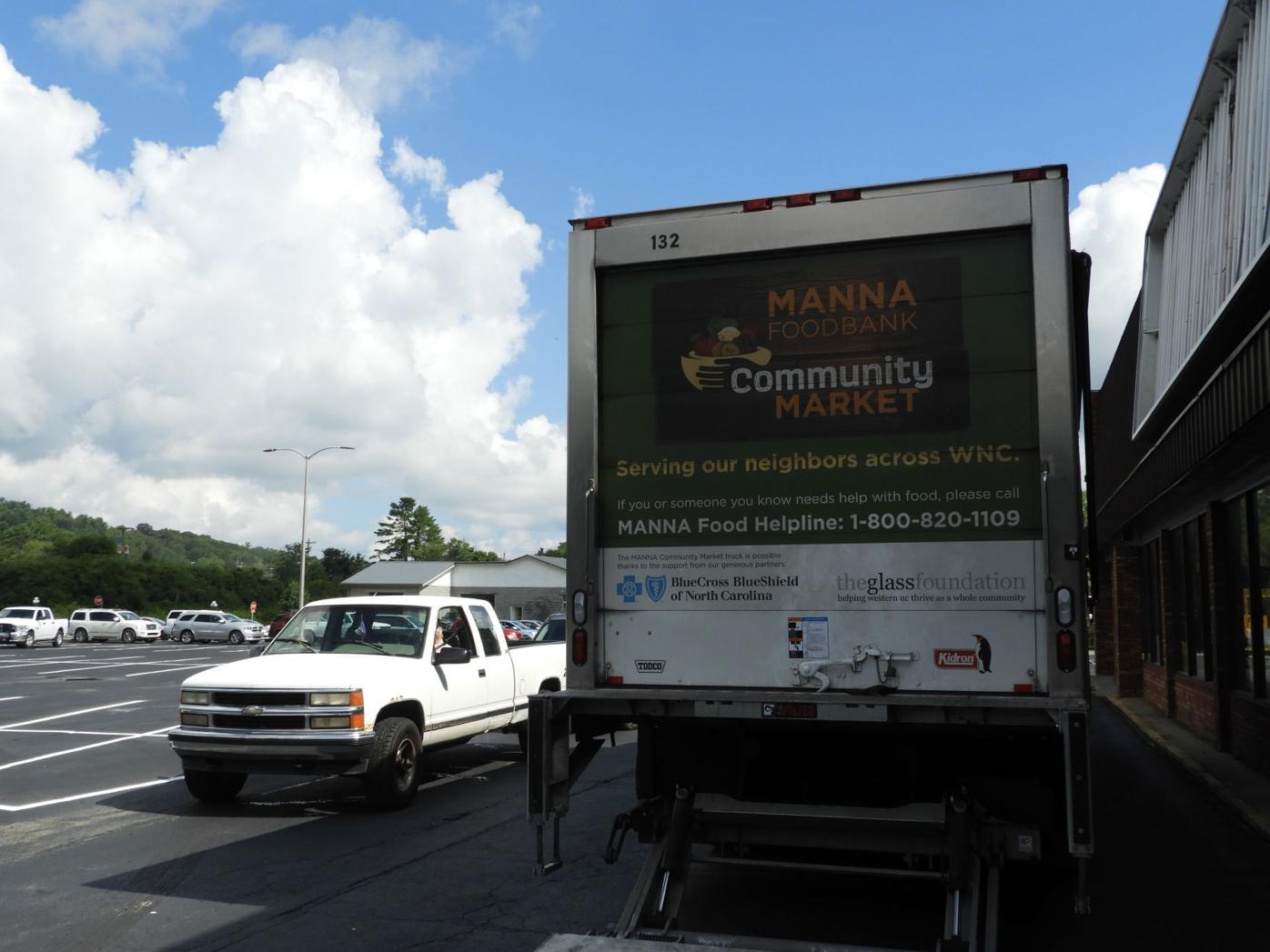 Since the parking lot at the old Lowe’s Foods property in Newland has been patched up, it has been used as the location for MANNA FoodBank’s monthly food distributions. 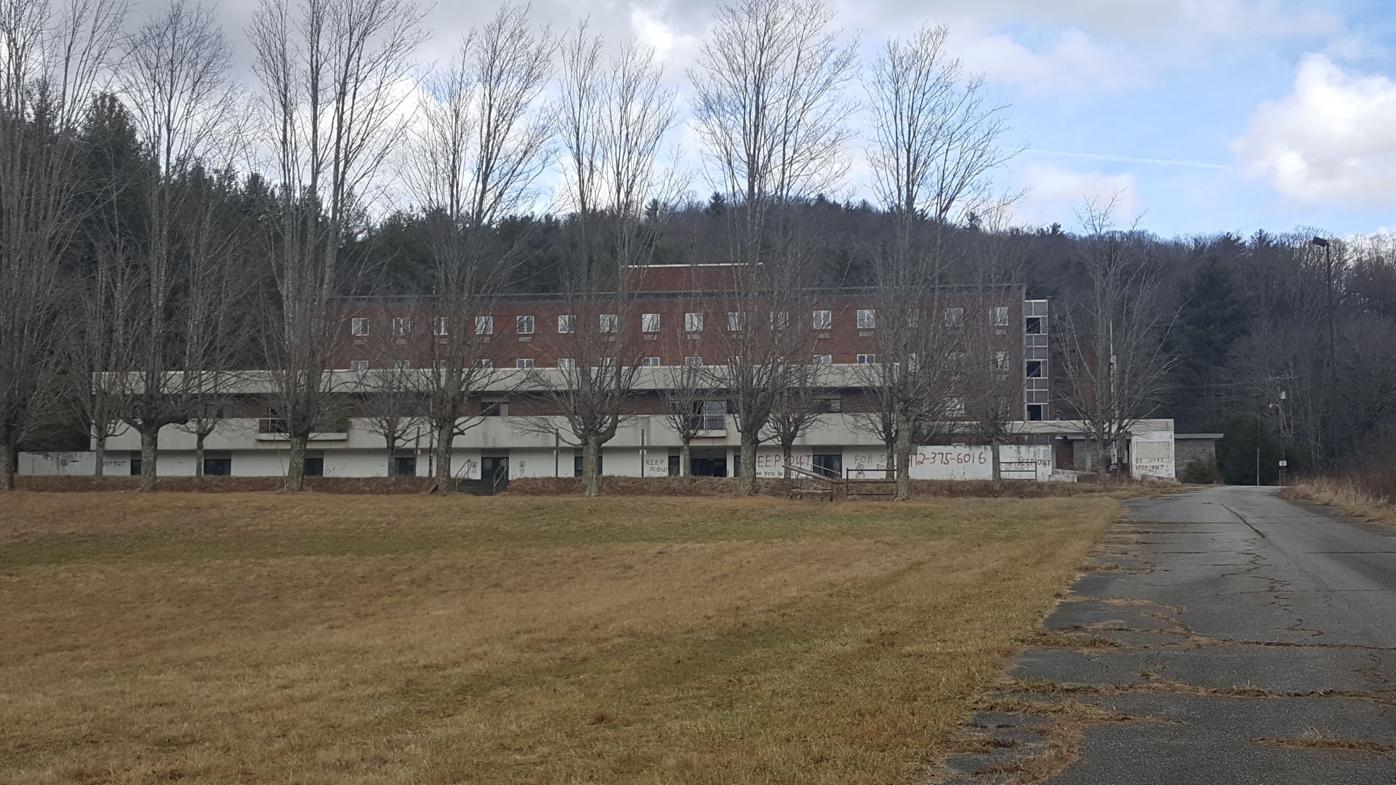 The old Cannon Hospital site on Hwy. 184 in Banner Elk, which has sat vacant since the new Cannon Memorial Hospital opened in Linville in 1999, is set to be torn down and replaced with a new multi-use development.

Since the parking lot at the old Lowe’s Foods property in Newland has been patched up, it has been used as the location for MANNA FoodBank’s monthly food distributions.

The old Cannon Hospital site on Hwy. 184 in Banner Elk, which has sat vacant since the new Cannon Memorial Hospital opened in Linville in 1999, is set to be torn down and replaced with a new multi-use development.

NEWLAND — As many residents may have noticed, the parking lot around the old Lowe’s Foods property off Ash Street has been patched up as its owner, Wooten Enterprises, is renewing efforts to make the site attractive to a potential buyer.

The site has sat vacant since Lowe’s Foods moved out of the space in April 2017, and with a Lowe’s grocery store at Tynecastle as well as two additional grocery chains serving residents in Avery County, the site has proved difficult to sell. According to the website of Wooten Enterprises, the plot is listed at a price of $1.55 million after having already been reduced three times from $1.8 million.

While many residents would like to see a new business move into the site, the Town of Newland and Avery County government can only do so much until a business puts pen to paper and signs a deal. For now, the local governments are tasked with making the site appear as attractive as possible.

“We’ve tried to keep in touch with several different organizations to let them know what properties are available in Newland to bring something in for the citizens,” Newland Town Manager Keith Hoilman said.

The approximately 40 acres of retail space appears strategically positioned within downtown Newland for any business that may move into the site to succeed. The property is located in close proximity to Newland Elementary School, with housing units and a public park nearby. Additionally, the town’s low crime rate and improving economic prospects may serve as added benefits to the future owner.

Avery County Manager Phillip Barrier said that the county has reached out to several businesses and grocery chains to inform them of the property’s availability, including Aldi, Food Lion, Piggly Wiggly, Save Mart, Fair Value, Tractor Supply Co. and others.

“We’ve been sending everything we can to everybody we can. Hopefully, we can get something in there,” Barrier said. “Especially if house sales keep going the way they’re going, we’re going to definitely need another place (for people to shop for groceries),” Barrier said.

The county has had some success with getting business representatives interested, but the process has not been able to get to the final stages. Barrier said that once businesses began seriously considering the property, they became dismayed with the town’s population number and the likelihood of competing with three established grocery chains, as well as with the amount of money needed to renovate the property.

“What you’re looking at is somebody coming in and investing $3 million and then you have to pay staff, pay insurance, keep the lights on, pay taxes and make a profit. It’s a lot more than just coming in and opening up a grocery chain,” Barrier said.

The price for the renovation includes the point of sale, installation of refrigeration, electrical work and remodeling, and that is just the initial investment. One option that has been floated around would be to level the building and start anew. That has been the solution for the old Cannon Memorial Hospital property in Banner Elk, which is owned by developer Steve Cuff, who purchased the property from Wooten Enterprises.

“Cuff has been before the Planning Board and has a preliminary approval for a project on that property that he received just within the last year, but he’s got some more things he has to do. He had a plan related to a hotel and some retail spaces,” Banner Elk Town Manager Rick Owen said.

Cuff is looking at having the old hospital property torn down, and the town is looking at helping facilitate the process. However, a similar solution is unlikely to be reached with the old Lowe’s Foods property, as Family Dollar remains a tenant at the site and is frequented by shoppers.

Additionally, the former Cardinal Insurance property located next to the Newland Town Hall has changed hands as well, but plans for the property have yet to be made. Rumors have circulated that among potential businesses to set stakes at the property is a chain fast food restaurant, but officials state that no such business has been confirmed for the site.

FDA pledges Covid-19 vaccine will be guided by science