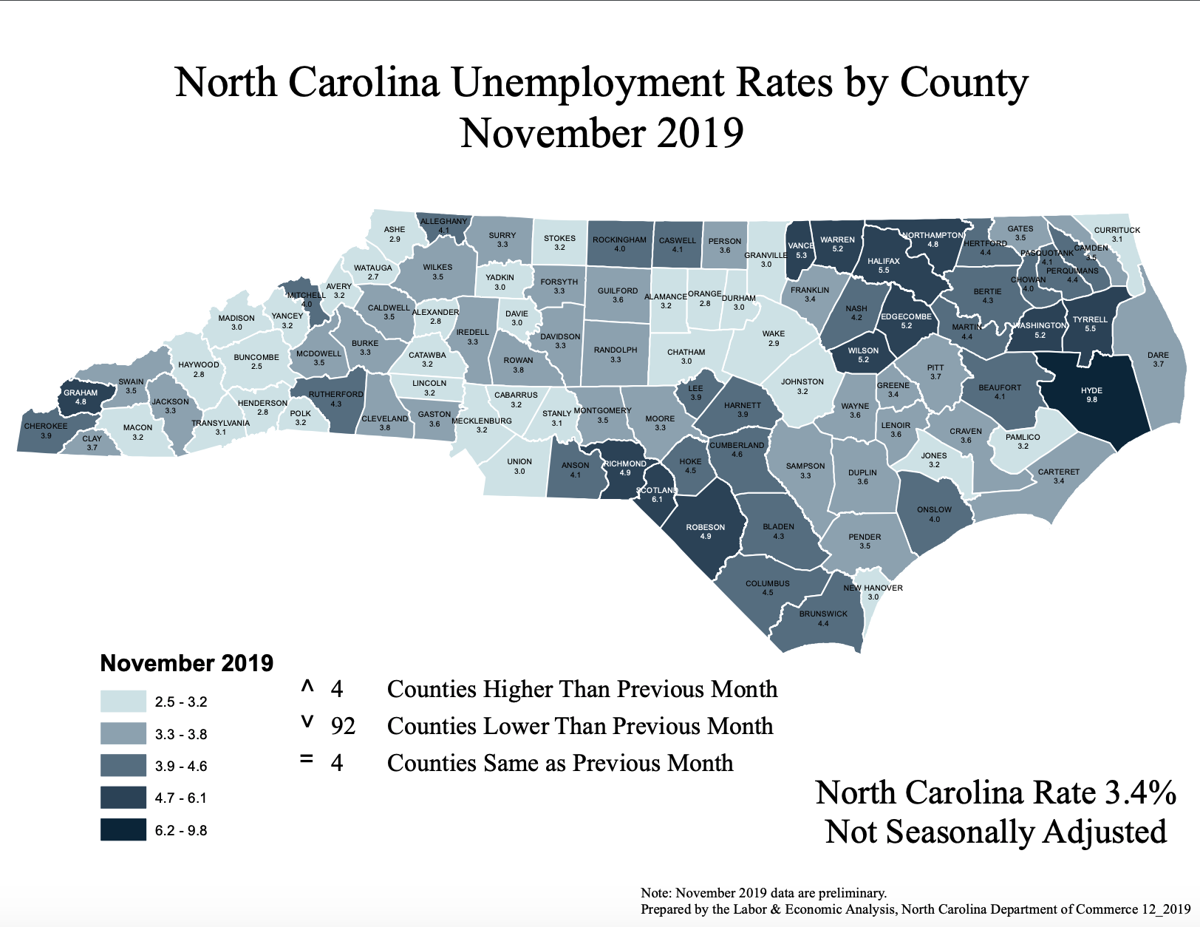 Unemployment rates by county in the state of North Carolina for November 2019 (not seasonally adjusted).

Unemployment rates by county in the state of North Carolina for November 2019 (not seasonally adjusted).

Of those 100 counties, 91 counties had rates of five percent or below, and nine counties had a rate between five and 10 percent.

NC Commerce notes that that employment estimates are subject to large seasonal patterns; therefore, it is advisable to focus on over-the-year changes in the not-seasonally adjusted estimates.

All figures courtesy North Carolina Department of Commerce and the U.S. Bureau of Labor Statistics.

5 ways to cut your plastic waste

Bernie Sanders is rising in the polls. Here's why