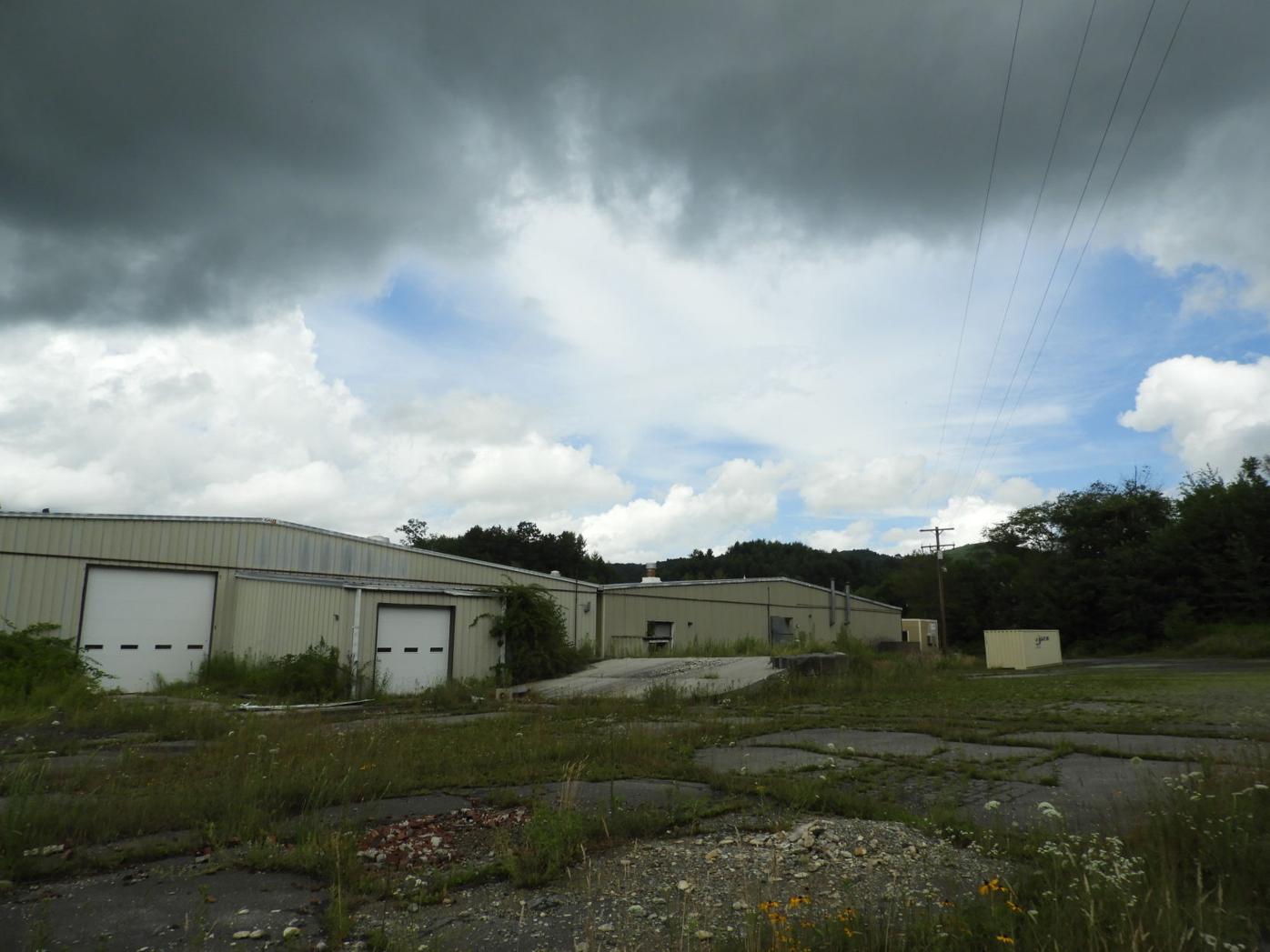 Clouds hanging over the former site of the TRW/IRC manufacturing plant have already begun to part as Structall Building Systems announced recent progress it has made with moving into the area. 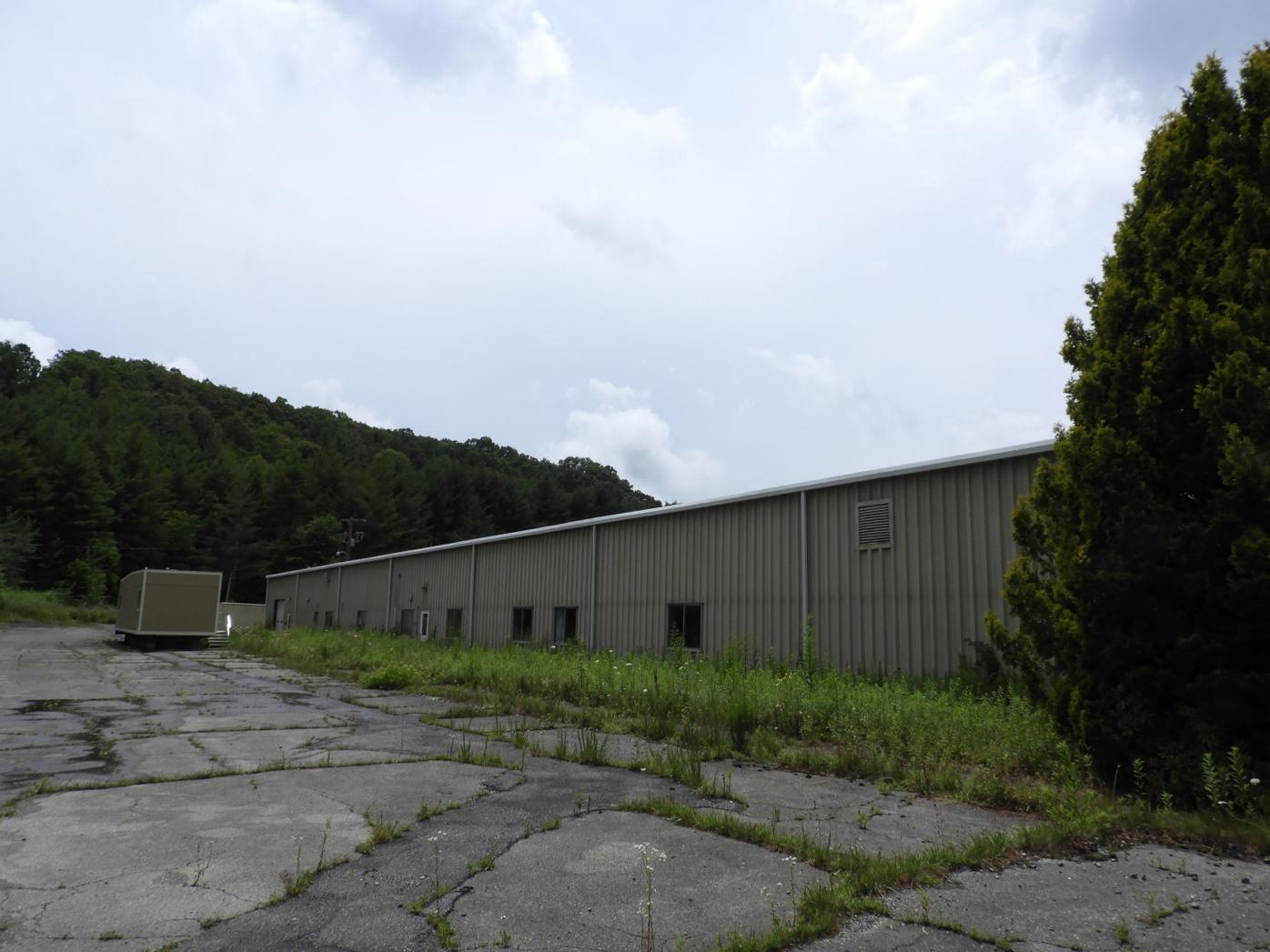 Structall Inc. has set up temporary storage and office space outside of its Newland facility. 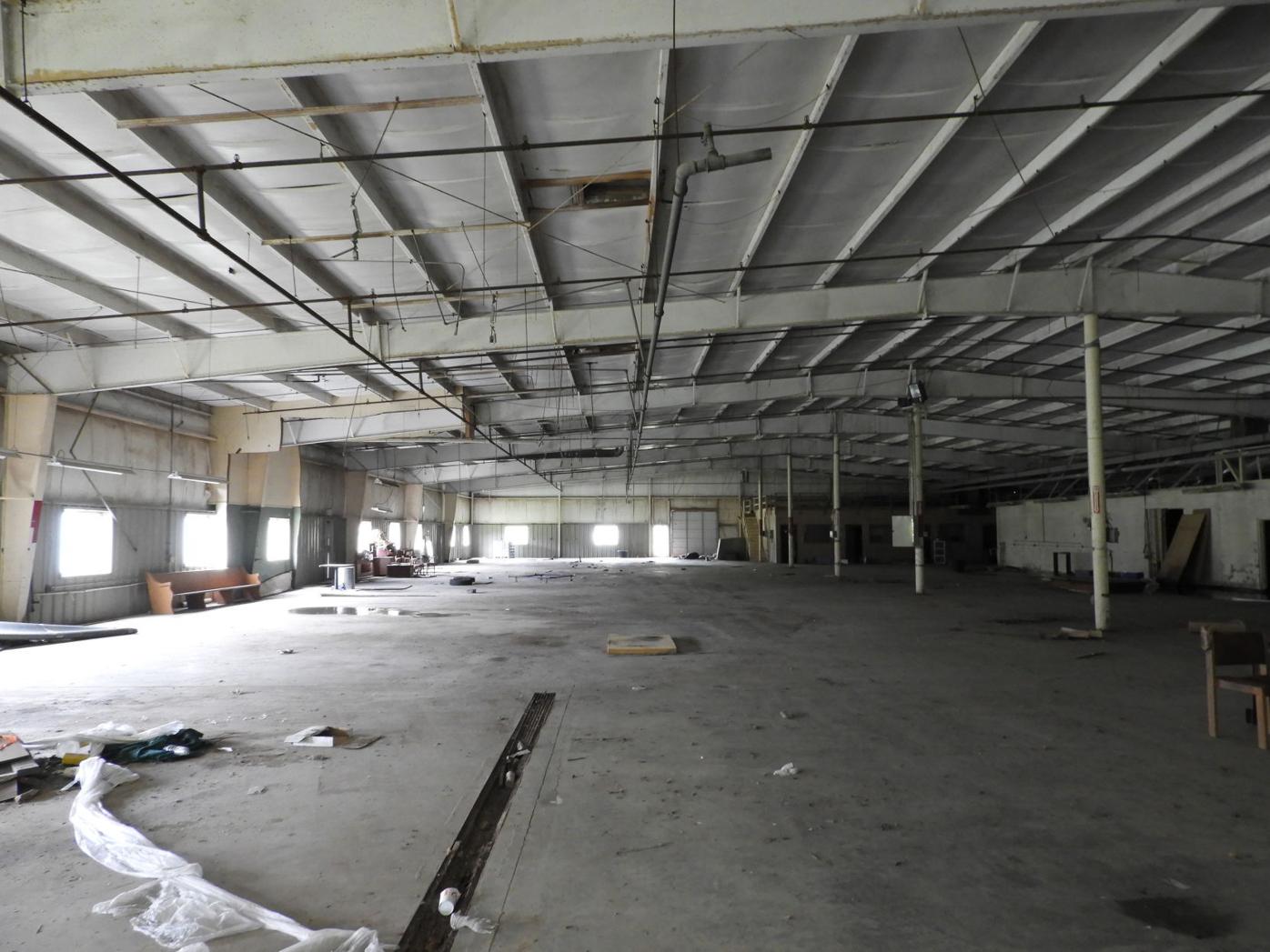 The inside of the facility reveals ample space for a manufacturer to move in. However, Structall will have its work cut out, as the site has sat empty for more than a decade. 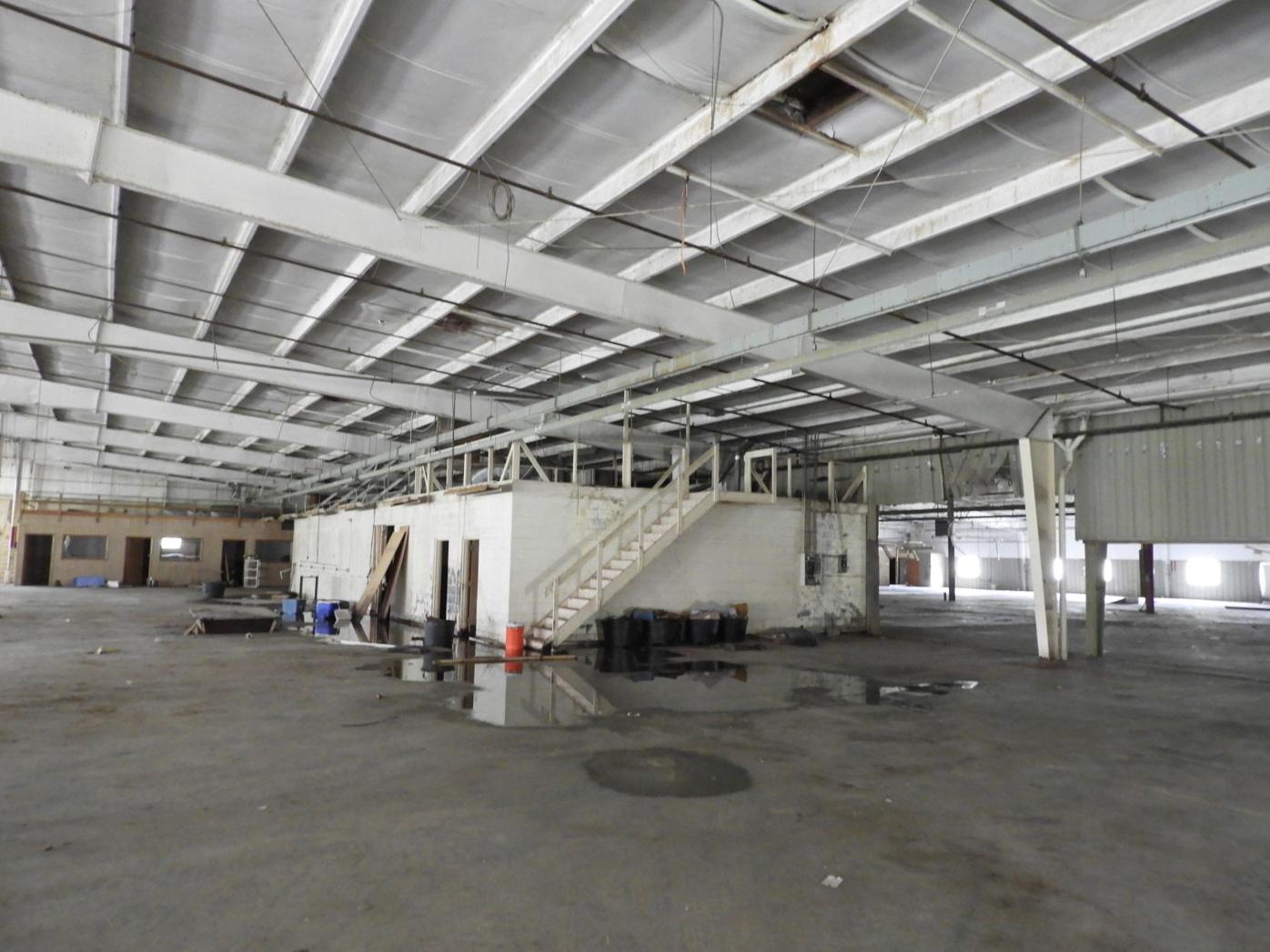 Another view of the inside of the abandoned manufacturing plant reveals that water is able to leak into the facility. 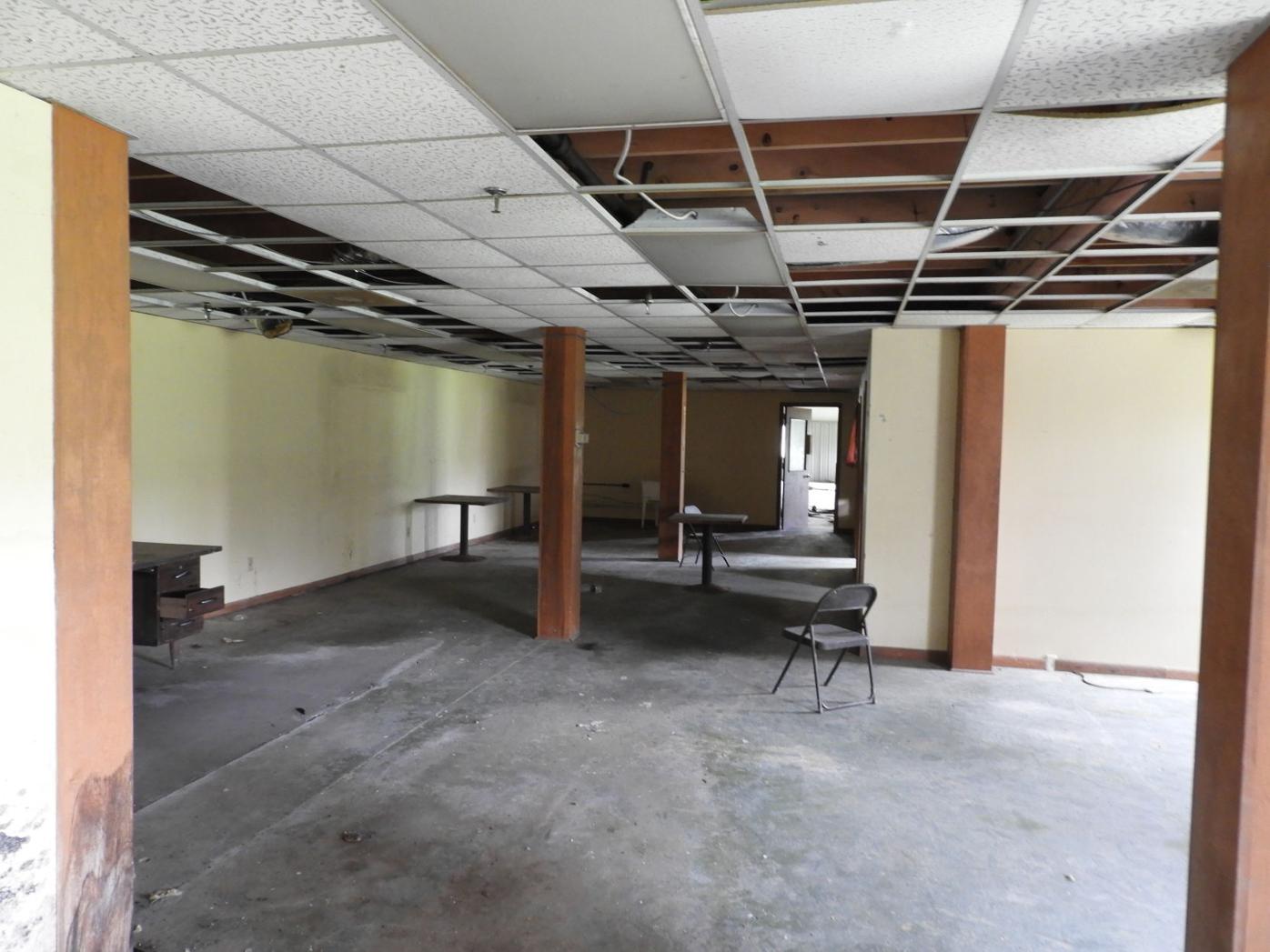 Dilapidated office space inside the facility reveals potential for the business to renovate and host a retail area or showroom for customers to have a hands-on experience with the company’s products.

Clouds hanging over the former site of the TRW/IRC manufacturing plant have already begun to part as Structall Building Systems announced recent progress it has made with moving into the area.

Structall Inc. has set up temporary storage and office space outside of its Newland facility.

The inside of the facility reveals ample space for a manufacturer to move in. However, Structall will have its work cut out, as the site has sat empty for more than a decade.

Another view of the inside of the abandoned manufacturing plant reveals that water is able to leak into the facility.

Dilapidated office space inside the facility reveals potential for the business to renovate and host a retail area or showroom for customers to have a hands-on experience with the company’s products.

NEWLAND — In October 2017, Structall Building Systems purchased the former home of the TRW/IRC manufacturing facility, which has sat abandoned off of N.C. 181 for more than a decade. However, the company has recently made progress with moving into what it expects to be an important distribution and manufacturing center for its East Coast operations.

“We’re excited to finally be making some actual progress,” Structall’s Director for Strategy and Culture Victoria Bowman said. “It’s been a little bit of a stop-and-go pattern. That’s for sure. We’re looking forward to actually moving.”

Structall Inc. is based in Oldsmar, Fla., and specializes in the manufacturing of a complete line of structural insulated panels, which can be used for residential and industrial applications. The company’s flagship product is the energy-efficient Snap-and-Lock Panel that are designed for increased efficiency in the building process.

The company has distribution centers in a number of locations in proximity to the Gulf Coast, including Lakeland, Fla., San Antonio, Texas and St. Gabriel, La. However, when the company was looking to expand its East Coast operations, Bowman said that her family, who owns and operates the business, decided to settle on familiar territory, a place where Bowman said that her family has vacationed since she was six years old.

“My husband (Jon Bowman), who runs our main Oldsmar production facility, actually went to Appalachian State. So the area itself just had all this personal appeal to us and some really solid history,” Bowman said.

Aside from Avery County’s fondness, Bowman said that the Newland location also made since for the company financially, since it offers the potential for the company to better serve its customer base on the East Coast.

“The market for us overall is massive. We have in a 250-mile radius from Newland, specifically, an opportunity to capture over $4 million worth of revenue from that customer base. We have always thought having an actual branch to be able to service that market appropriately would help us make a massive impact there, because currently that market is strictly serviced from our facilities here in Florida,” Bowman said.

In order to make the Newland facility a reality, Bowman’s father, Structall President Steve Meyerson, assigned her the task of moving the company forward with its East Coast expansion, an experience that Bowman said has been a pleasant one, considering the interactions she has had with community members, such as Mountain Community Bank’s Hallie Willis.

“I have never experienced that level of customer service in my life. She is a gem, and really responsible for helping us reignite this flame of development,” Bowman said. “Everybody from the county and town has been so welcoming. It’s such a different experience for us, because our community here in Oldsmar is just so large now.”

Bowman said that when she first laid eyes on the abandoned Newland facility, she described it as a “scene from ‘The Walking Dead.’” In a previous article with The AJT, Meyerson estimated that the company may have to invest as much as $500,000 in improvements at the site before it is operational.

The company originally purchased the site from Avery 181 Development Company Inc. for $750,000, which was more than $244,000 than the listed tax value on the Avery County GIS Website. Nevertheless, Bowman said that facility exhibits great promise and growth potential not only for the company, but for the community itself.

“In terms of what we do from a manufacturing standpoint, square footage is king, and we are busting at the seems here in Oldsmar and in Lakeland. We just don’t have the room for this kind of expansion,” Bowman said.

The company’s long-term vision for the facility includes the addition of approximately 30 full-time positions with competitive salaries at the site once the manufacturing facility is fully operational. However, Bowman said that the company’s manufacturing process is highly specialized and will take a solid million-dollar investment in equipment.

Initially, the company is planning to start manufacturing screen doors at the facility, which Bowman said the company is experiencing a high demand for. The next phase would then encompass what Bowman referred to as specialty cuts for building materials for modular rooms and housing packages.

“There we would probably need at least two very skilled carpenters, because that is a very specialized position,” Bowman said.

Throughout the company’s first phase at its Newland facility, it will be looking to hire eight full-time positions as the door shop gets up and running. However, Bowman said she would like to be “a little more aggressive” in hiring. The company will also provide opportunities for truck drivers, office workers and warehouse personnel as it seeks to serve West Virginia, Virginia, the Carolinas, Tennessee and Kentucky out of the facility.

Moreover, the facility will feature a retail space, or a showroom, so that customers can have a more hands-on approach with the company’s products and give contractors the opportunity to bring clients into the facility to allow them to see the finished product for themselves.

“I am also going to be looking for an additional field representative and inside sales to help create that motion for building out business, plus an office administrator to help man that retail experience and to hopefully start to get some of that foot traffic,” Bowman said.

While Bowman and the workers at Strucatall Inc. have a lot of work of ahead of them to get the facility up and running, she added that one of the main aspects of the job she is looking forward to is partnering with the community and the local educational institutions to help promote careers in the trades.

“I would love to be able to partner with the educational market to promote apprenticeships, internships or (training programs) right out school,” Bowman said. “I want to be a football booster. I want the banner up. I want to say ‘Go Vikings, man’ once they’re able to play again. But that’s the point. That’s why we purchased (next to the high school), to be woven into the fabric of the community versus just being here paying taxes.”

Structural Building Systems has contracted with McGill Engineering Consultants to help begin the contracting process with outside sources to perform repairs, demolitions and water and sewer instillation. In an ideal scenario, Bowman estimates that the Newland facility will be up and running by summer 2021.

See the truth about mail-in voting

Simon Cowell was her judge. Now, she's filling in for him

How Democrats could reshape the healthcare system