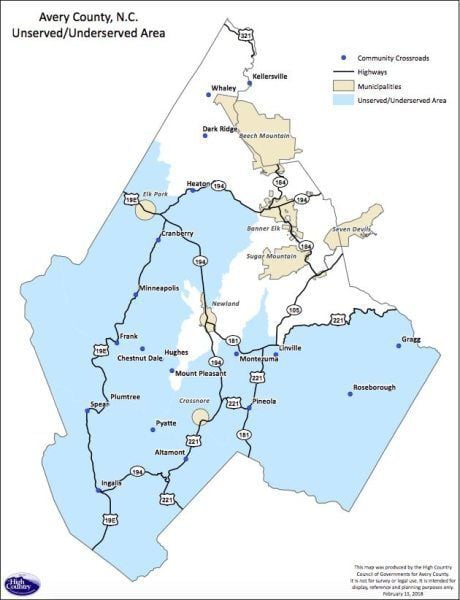 An internet coverage map provided by the High Country Council of Governments for Avery County reveals that the southern half of the county is largely underserved. 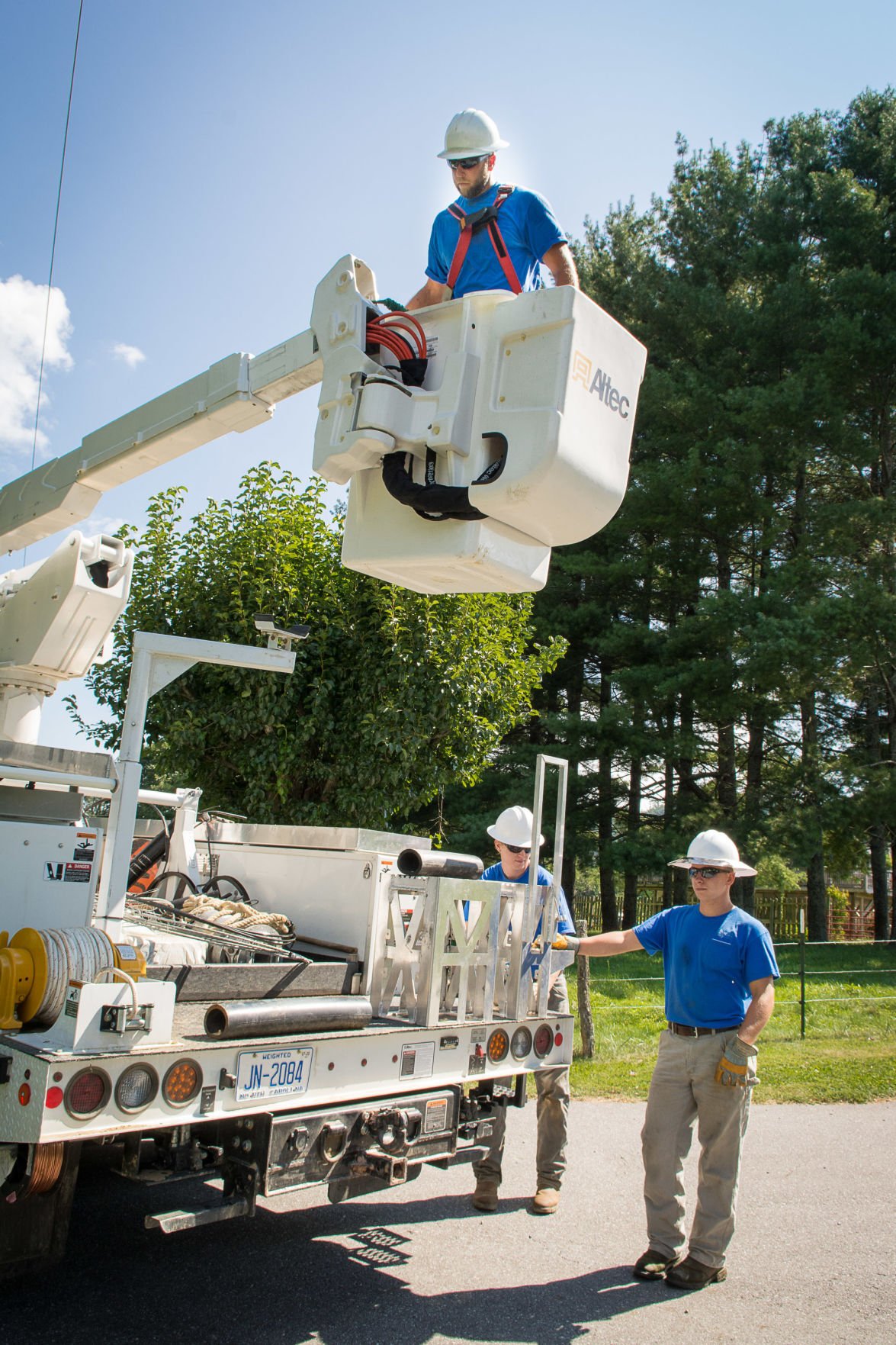 Skyline/Skybest has been working to improve broadband infrastructure between schools in the Avery County Schools system as part of improvements being made to the school system’s wide area network.

An internet coverage map provided by the High Country Council of Governments for Avery County reveals that the southern half of the county is largely underserved.

Skyline/Skybest has been working to improve broadband infrastructure between schools in the Avery County Schools system as part of improvements being made to the school system’s wide area network.

NEWLAND — Skyline/Skybest has completed its expansion of Avery County Schools’ wide area network, and the project will not only allow teachers, students and administrators to better access high speed internet but will also allow for the expansion of broadband infrastructure into underserved areas of the county.

The project established network connections across the school district by constructing fiber facilities. The company completed the project last week and turned over the finished product to the school system, according to ACS Executive Director of Human Resources Dennis Brown.

“All of our schools are now connected using (Skyline/Skybest) service. Prior to that it was managed by several different companies, of which they were one of the vendors. We brought it all under the umbrella of Skyline/Skybest, and at this point they just ensured that our wide area network services continue within the district,” Brown said.

The new and improved wide area network service provides increased bandwidth, opportunities for growth capabilities and bringing the service under one vendor, which allows the school system to better troubleshoot and access support for problems as they arise.

The funding for the project was provided through the Federal Communication Commission’s E-Rate program, which makes telecommunications and information services more affordable for schools and libraries. The E-Rate program provided the school system with 80 percent of the total cost of the project, while the district covered the remaining 20 percent.

The expanded network is currently in use by staff and administrators, and students will begin utilizing the improved service once the new school year begins on August 17.

“This also now puts Skyline/Skybest into other communities in Avery County, which down the road may provide options for other areas that have not been served in the past to have access to (Skyline/Skybest) services,” Brown said.

Brown added that it will take time for the company to move its services out into underserved communities in a commercial manner, but it is a goal that the company is pursuing. The expansion will also help the school system address issues related to online learning during school closures due to weather.

In order to connect the aforementioned areas to the existing broadband infrastructure, local private and for-profit entities will most likely need to collaborate in order to access grant funding to begin future projects, since there is little economic incentive in rural areas for companies to lay expensive broadband lines outright.

The county is still waiting for a response on whether or not it will receive an Appalachian Regional Commission grant for broadband expansion, which, if approved, will be used to install infrastructure around the Crossnore area and into the southern part of the county. The county had previously used funds from the federal and state grant partnership program to install internet cables around the Linville Falls area.

“We have had meetings with Skyline/Skybest, who are building fiber into every school and they are looking to expand that. It will be a slow go, but they hope they can do it soon. We’re also pursuing efforts to get broadband into our underserved populations, especially for our school students. Remote learning has to be the norm going into the school system,” County Manager Phillip Barrier said.

One way local residents from unserved or underserved communities can assist in this effort is to reach out to SkyLine/SkyBest if they would be interested in subscribing to fiber-based services in their communities. They are encouraged to click to www.SkyBest.com/NewFiberCommunity to register their interest.

Experts doubt vaccine will be ready by Election Day