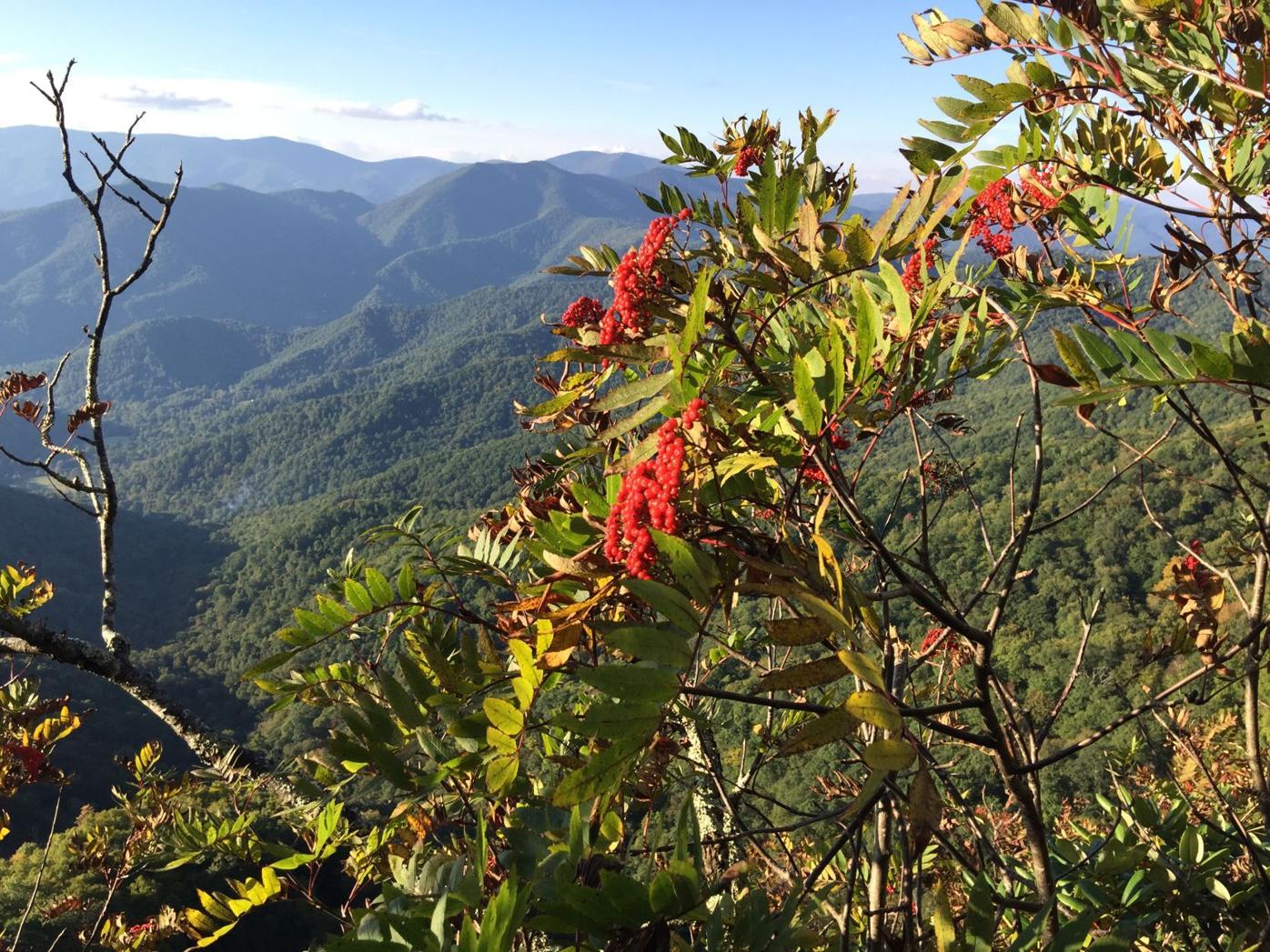 Some of the beauty of the foliage within Roan Highlands. Southern Appalachian Highlands Conservancy has announced a letter of intent signed to accept a 7,500-acre portion of the region for conservation. 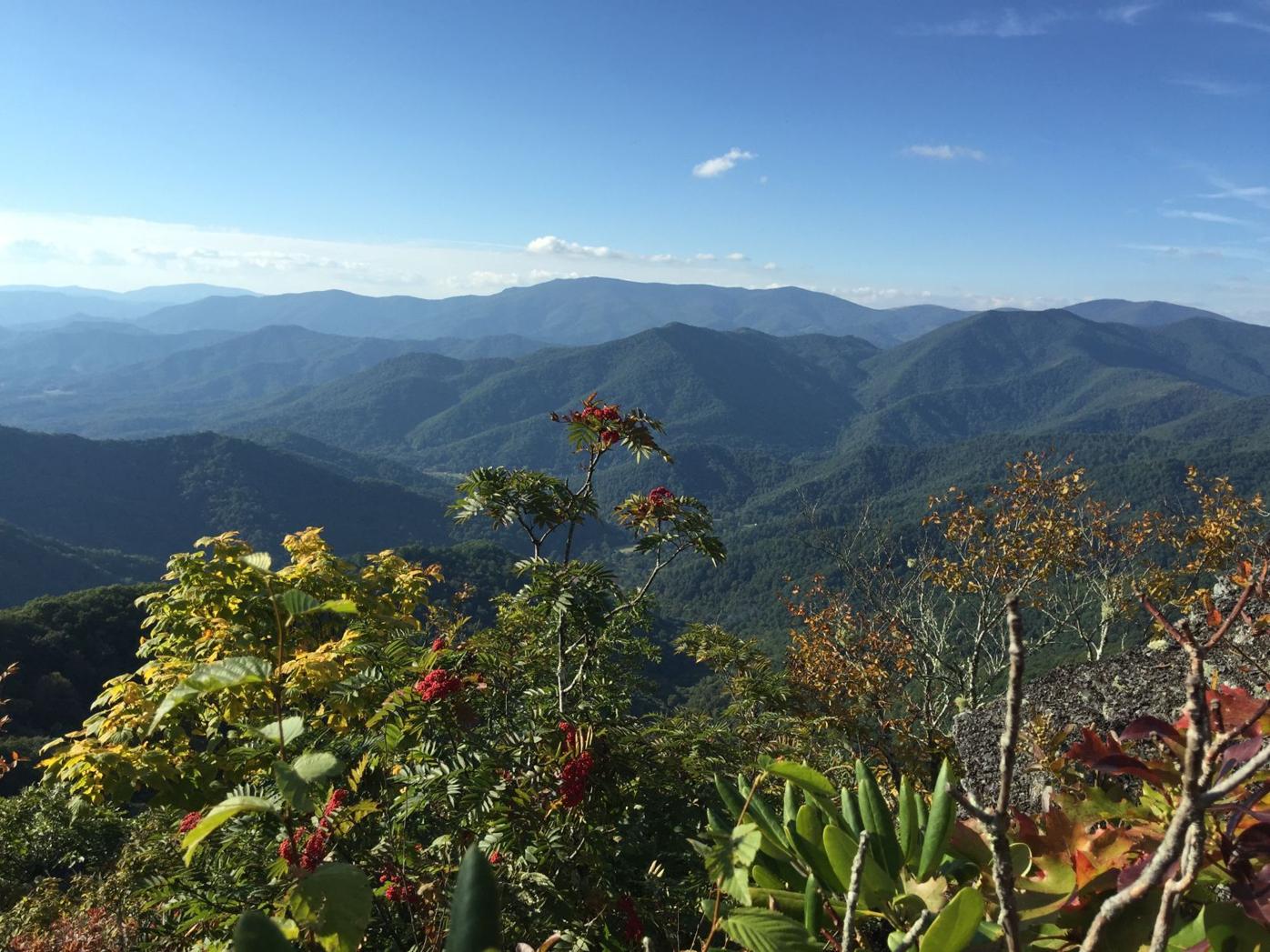 A picturesque view of some of the 7,500 acres of land to be conserved by SAHC following the signing of a letter of intent last week regarding the property. 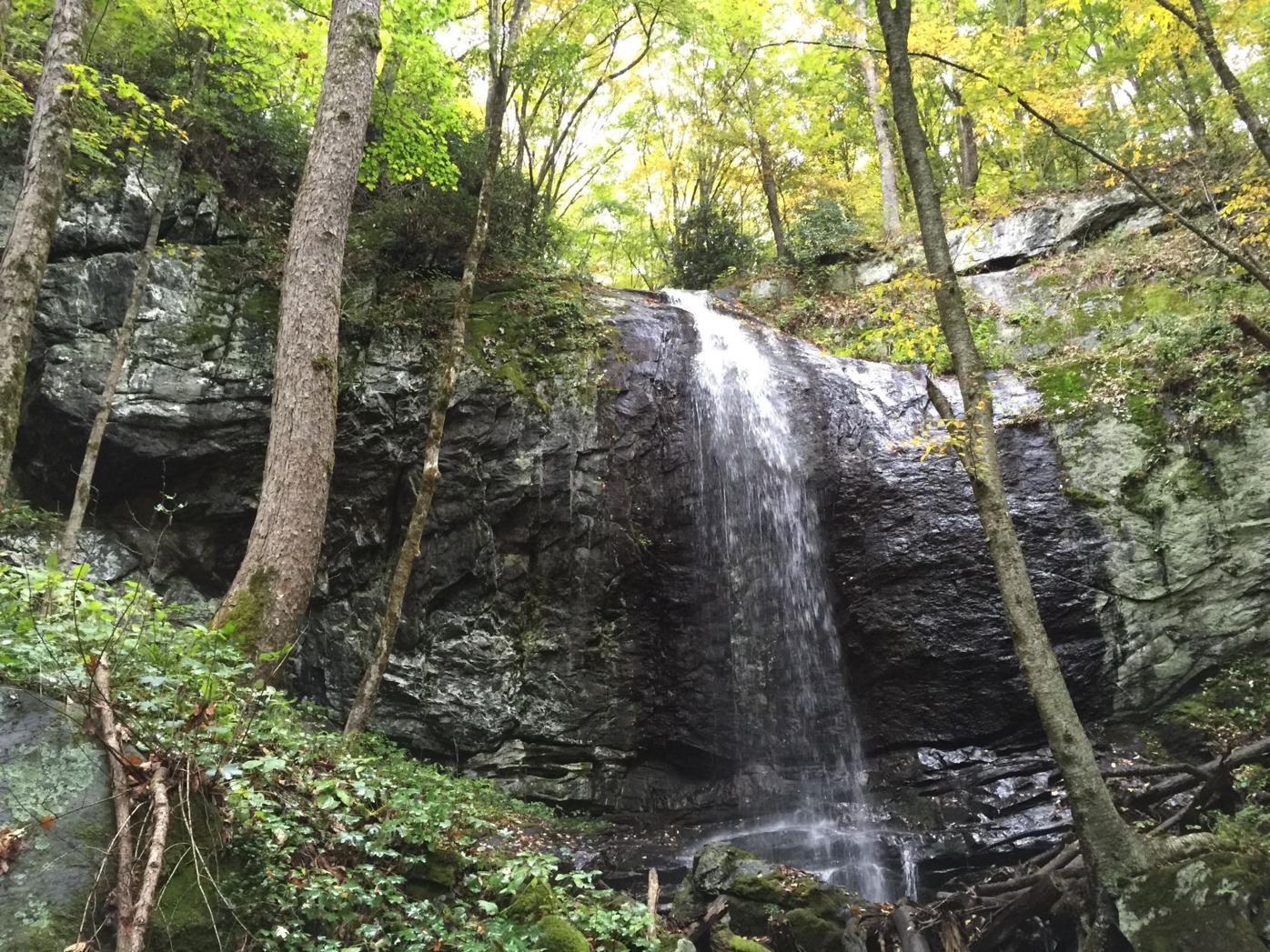 Waterfalls and other natural landscapes in the Roan Highlands region bordering Avery and Mitchell counties will be under the umbrella of conservation from Southern Appalachian Highlands Conservancy following a signed letter of intent donating the property last week.

Some of the beauty of the foliage within Roan Highlands. Southern Appalachian Highlands Conservancy has announced a letter of intent signed to accept a 7,500-acre portion of the region for conservation.

A picturesque view of some of the 7,500 acres of land to be conserved by SAHC following the signing of a letter of intent last week regarding the property.

Waterfalls and other natural landscapes in the Roan Highlands region bordering Avery and Mitchell counties will be under the umbrella of conservation from Southern Appalachian Highlands Conservancy following a signed letter of intent donating the property last week.

ASHEVILLE — Southern Appalachian Highlands Conservancy (SAHC) announced last week that it has signed a letter of intent to accept the donation of approximately 7,500 acres of land in the Roan Highlands landscape from a conservation philanthropist. The tract lies within the southern end of the planning boundary of the Yellow Mountain State Natural Area, a special conservation area designated by the NC General Assembly in 2008 to protect the exceptional natural features found there.

Epic Games CEO Tim Sweeney is identified as donor of the property, keeping rare plant and animal habitat and prized natural features from development. The donation is the largest in the conservancy’s 47-year history and one of the biggest ever made to a land trust in the state.

The donation consists of dozens of separate-but-contiguous land holdings rising to 5,300’ in elevation straddling the border of Avery and Mitchell counties in Western North Carolina. It supports numerous threatened and endangered plant and animal species and features some of the most extraordinary scenery in the eastern U.S. The property includes the largest American Chestnut restoration project in the country, extensive boulder fields, rich coves, old growth forests, six waterfalls, and a system of rare heath-balds.

Transfer of the gift is expected to be completed in the next year. SAHC will own the land and manage it as a nature preserve. SAHC staff will continue ongoing use of the land for scientific study in collaboration with the donor. SAHC intends to host guided hikes on the property after the transfer is completed and a management plan has been finalized.

“This is the largest single gift in SAHC’s history, and the largest gift of land to a land trust that I’m aware of,” said Carl Silverstein, executive director of the land trust. “As we watch so much of our region get carved into subdivisions, strategic acquisition of large parcels of land is increasingly important — and increasingly hard to accomplish. In twenty years this gift might be one of the few sites in Western North Carolina that still looks like it looked one hundred years ago, or one thousand years ago.”

“These parcels include some of the most sought-after conservation acres in the eastern United States, including over 100 miles of pristine creeks and streams. We really are honored to be entrusted with the responsibility to steward this vast mountain complex,” Silverstein added.

Even before his first acquisition here in 2012, longtime SAHC member Sweeney envisioned assembling these parcels into a unified block of land with the intention of conserving the entire mountain ecosystem. With this gift the philanthropist’s dream has become a reality for the benefit of future generations.

“This project is a conservationist’s dream come true,” said SAHC Roan Stewardship Director Marquette Crockett. “Pristine roadless land that has not been timbered over is almost impossible to find in the Southern Appalachians in 2021, but this assemblage contains so much that we value, from old growth forests to high-elevation open areas in an undisturbed condition. My phone will ring off the hook from biologists who want to visit and study this unparalleled preserve. We look forward to welcoming them to the mountain.”

SAHC Senior Advisor Jay Leutze is excited about the benefits the donated land will provide for surrounding communities. “I can’t wait to take local scout troops and church groups on hikes here and to invite school kids out to learn about how healthy forests clean our drinking water for free and how migratory songbirds fly between the Roan Highlands and Central America each year,” Leutze said. “This property is the back yard for a lot of people who treasure it for the clear air and scenic views it provides. In a world that is constantly changing our commitment is to keep this place functioning as a healthy ecosystem forever.”

The Greater Roan Highlands landscape is a 60,000-acre complex of summits and ridgelines tracing the North Carolina-Tennessee border in the north and stretching southward to the outskirts of Spruce Pine, NC. The Appalachian Trail crosses a series of grassy balds along the northern peaks of the area. The area has drawn scientists from around the world since the 1700’s when word of its botanical riches reached European explorers. The landscape supports over 1,500 native plant species making it a global hotspot for biodiversity. More than 20,000 acres in the north of the landscape is open to the public and owned by the US Forest Service. Additional conservation acreage is owned and managed by Southern Appalachian Highlands Conservancy, The Nature Conservancy, and the State of North Carolina.

SAHC was created as a land trust in 1974 with the initial goal of protecting the fragile grassy balds of the Roan Highlands and creating a route for the Appalachian Trail. Prior to this announcement the organization had preserved more than 78,000 acres of unique plant and animal habitat, clean water, farmland and scenic beauty in the mountains of North Carolina and Tennessee. SAHC is headquartered in Asheville, N.C. at 372 Merrimon Avenue.

Avlon: As with all things Trump, this isn't what it seems

Bucket brigade forms to save a stranded orca