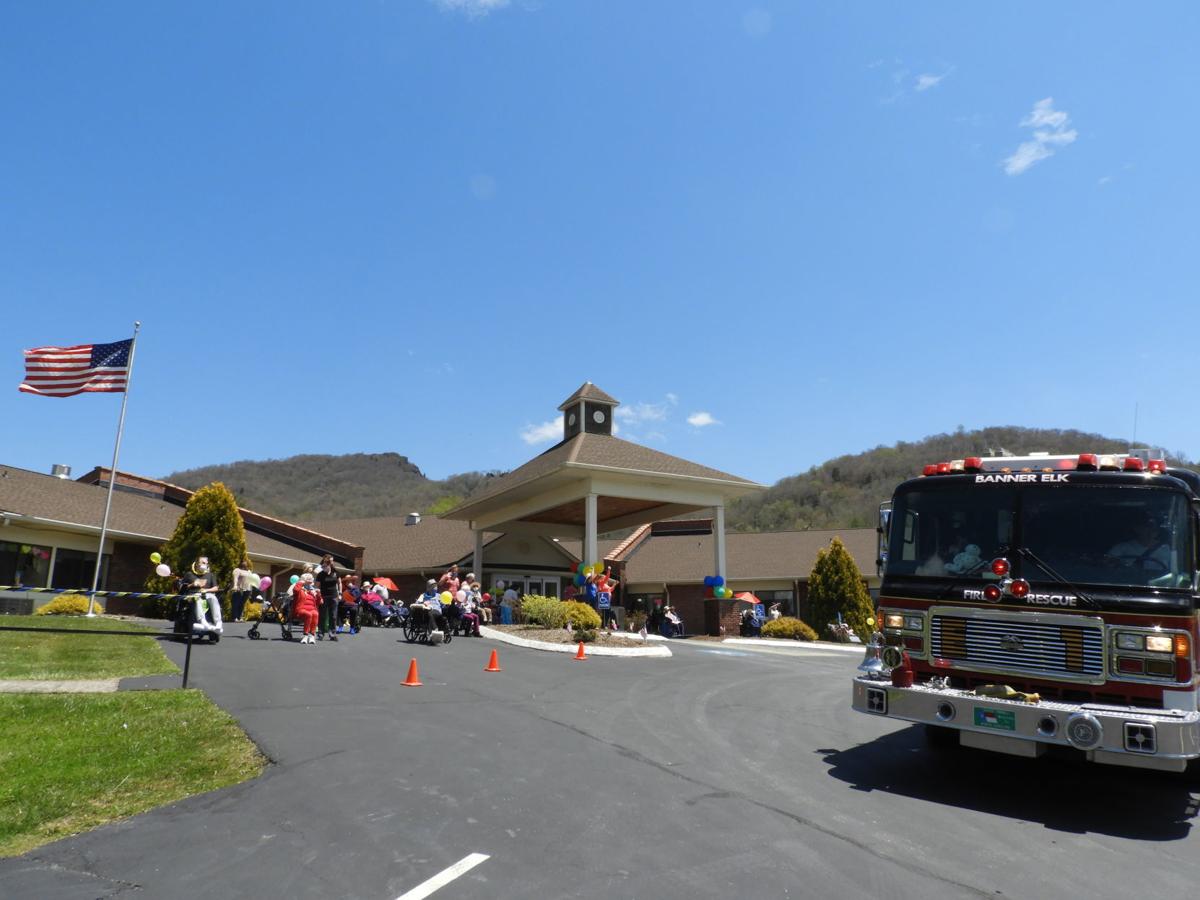 Life Care residents sit outside on a warm, sunny day while a parade of vehicles, including a fire engine from the Banner Elk Volunteer Fire and Rescue, passes by the nursing home to show support for the residents. 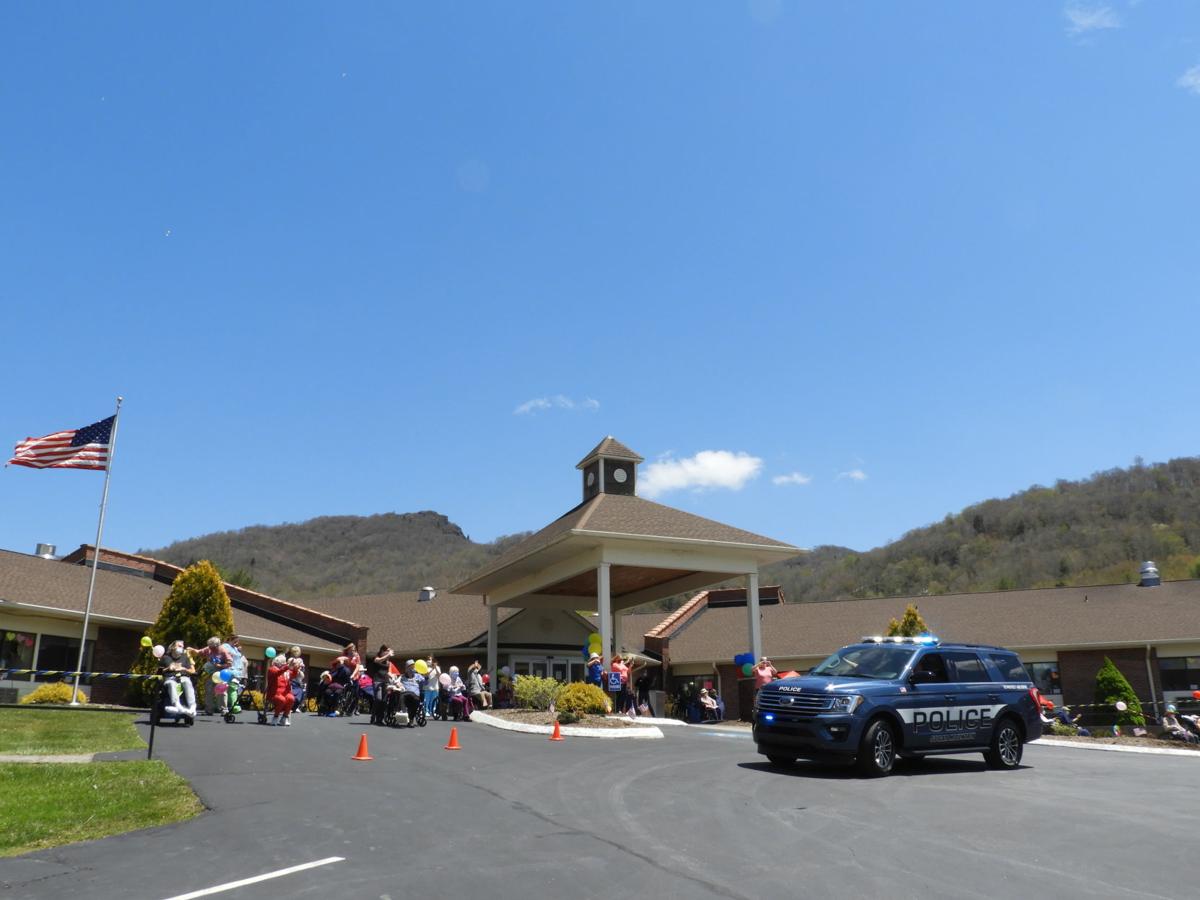 A police vehicle from the Sugar Mountain Police Department passes by Life Care Center residents during a community parade in show of support for the residents on Friday, May 15.

Life Care residents sit outside on a warm, sunny day while a parade of vehicles, including a fire engine from the Banner Elk Volunteer Fire and Rescue, passes by the nursing home to show support for the residents.

A police vehicle from the Sugar Mountain Police Department passes by Life Care Center residents during a community parade in show of support for the residents on Friday, May 15.

BANNER ELK — The community came out to show support for the staff and residents at Life Care of Banner Elk on Friday, May 15, as a parade of vehicles drove by the center to brighten the spirits of the nursing home residents.

The weather was a perfect 70 degrees and sunny as residents watched from outside the facility as vehicles from the Banner Elk Police Department, Banner Elk Volunteer Fire and Rescue, EMS and a bevy of other individuals in their cars drove by to wave and cheer for the Life Care residents.

The moment was a welcomed relief for the residents who have had to abide by social distancing and health policies that have prevented family members from visiting them at the facility.

Life Care of BE Business Development Director Aubrie Bunton said that like all nursing homes, the facility has been following guidance from the Centers for Disease Control in order to protect the residents.

Bunton said the idea to host a parade started as a way for the residents to get out and see their families, but the idea soon blossomed into a full-fledged parade that involved the community as a whole. The center’s director of nursing began calling the Sheriff’s Office, the fire departments and others as different organizations came on board.

“Everyone loved it,” Bunton said. “All the staff said that as soon as it started they started crying, because it’s just emotional and it’s nice to see everyone so happy. They said people’s faces lit up when they saw their family members. There was one cute little resident and she was waving so much with her right hand she said, ‘I got tired, I had to switch to my left hand.’”

Bunton also mentioned that the family members participating in the parade enjoyed the event just as much as those watching it.

“They really appreciated it. It’s been hard because of these rules we’ve had to put in place, but they’ve been so understanding. They were thanking us constantly. They thanked us for protecting their family members and keeping them safe and healthy. A lot of them have really understood why we have these restrictions. They were really appreciative even though they just got to see their family members for a little bit,” Bunton said.

While the parade may be over, family members of the residents have been continuing to come up with creative ways to offer support and stay in communication with their loved ones.

“[At] any time people can come to the window and see their family member. We even had one family member who brought a little band to the window to play for their loved one,” Bunton said. “We’re staying positive. Our top priority is the resident and the health of the resident. That’s why we like to do these fun things for them and make a positive impact on the community.”