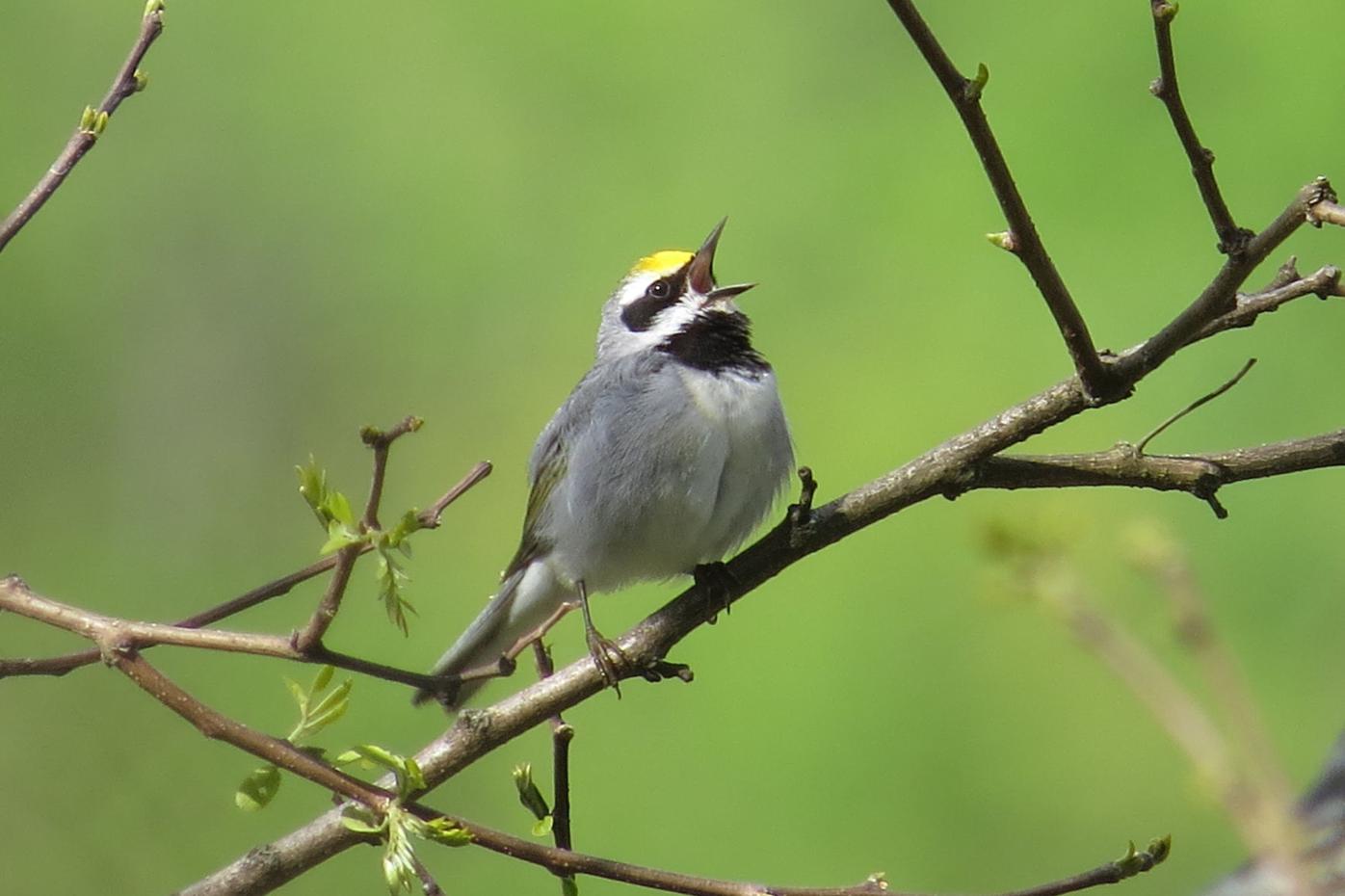 Found in locations in the High Country such as Grandfather Mountain, the blackburnian warbler is one of the many species of birds experiencing population decline in the region. 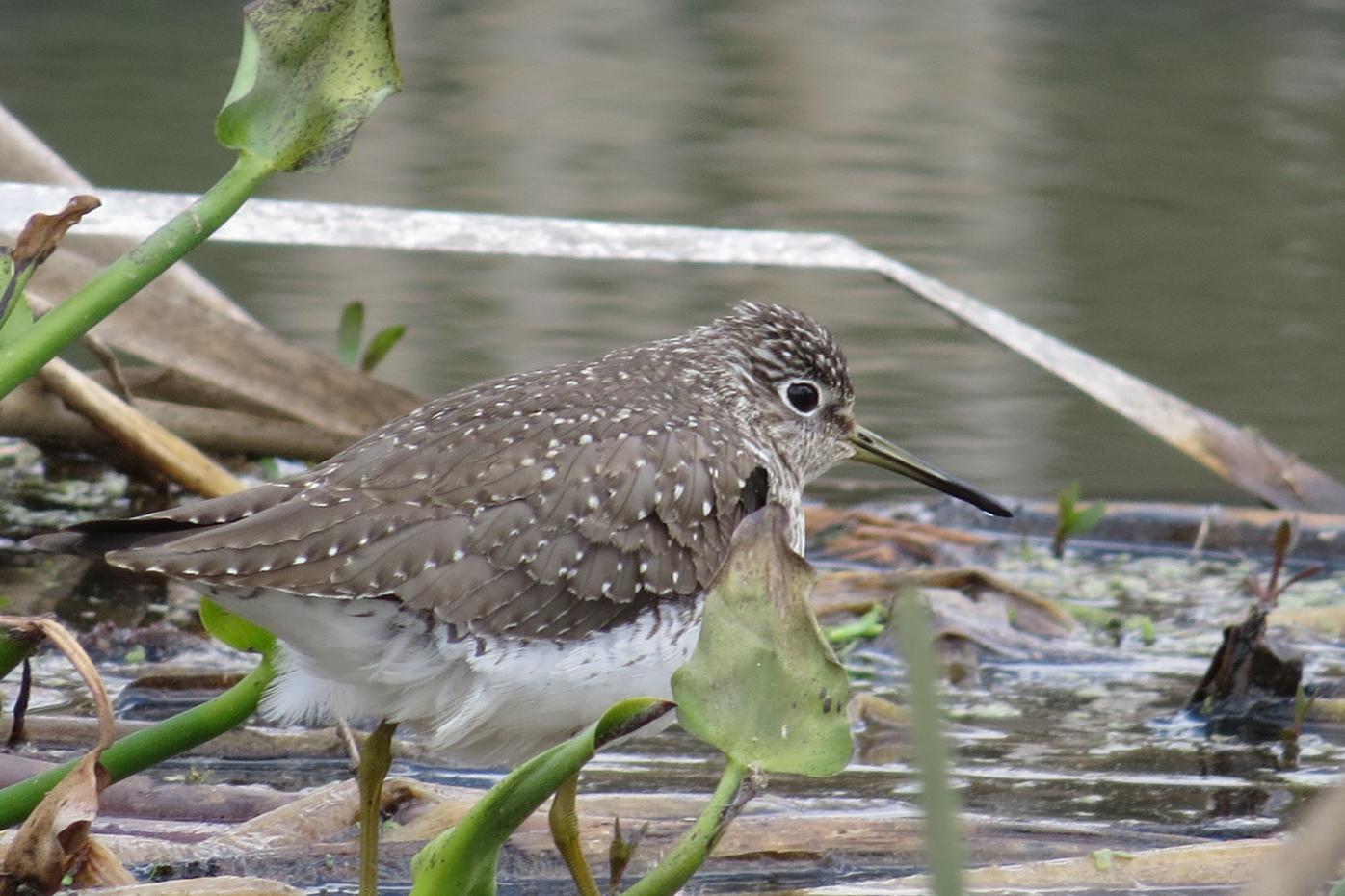 Despite its name, the solitary sandpiper can live far from the beaches here in the High Country. This small bird forages for food in small freshwater wetlands which can be threatened by development.

Found in locations in the High Country such as Grandfather Mountain, the blackburnian warbler is one of the many species of birds experiencing population decline in the region.

Despite its name, the solitary sandpiper can live far from the beaches here in the High Country. This small bird forages for food in small freshwater wetlands which can be threatened by development.

Both of the birds from North Carolina, which were declared extinct, have been practically extinct for a very long time, according to Guy McGrane from the High Country Audubon Society. There are few living people who have seen either bird, and neither species was native to the mountains of North Carolina.

McGrane said that both species were heavily dependent on wetlands in the southeastern coastal plain and were “climax species,” which means they were birds which fulfilled very narrow niches in the environment. Both birds were vulnerable to logging, which completely changed their homes in just a few dozen years.

While the ivory-billed woodpecker and Bachman’s warbler haven’t been seen in the state in a long time, McGrane said many other native species such as the blackburnian warbler, winter wren, ovenbird, yellow-billed cuckoo, among many others, are all threatened as well.

The good news, McGrane said, is that backyard songbirds are doing well. These species, which people have grown up with, such as cardinals, blue jays, chickadees and others, have adapted well to changes brought about by people.

McGrane said birds play an important role in the ecosystem, including protecting trees from pests and depositing seeds across long distances. To protect them, McGrane said that preserving land and keeping landscapes as natural as possible are ways that people can feed back to the systems that support humans.

Bird researchers are also concerned with the threat of habitat loss. Adrianna Nelson, a senior at App State, said that “habitat loss is probably the number one reason for species decline, not even just for birds but for other things as well.”

Nelson has been birding since she was nine years old, and is now studying biology with a concentration in ecology and is completing an honors thesis studying bird behavior. In 2020, she was named the American Birders Association’s Young Birder of the Year, a competition which includes rigorous field notes of bird watching as well as a project to teach one’s community about birds.

According to Nelson, the now-extinct ivory-billed woodpecker’s habitat was degraded until it reached just a small region far south of North Carolina, and the Bachman’s warbler also struggled under habitat loss.

To be considered extinct, Nelson said that many decades have to pass in which there are no sightings, photos, specimens or really any evidence to prove the bird still exists.

Nelson described the impact of bird population decline on the larger environment to Rivet’s Hypothesis, which is often used by conservationists.

“Compare it to a plane. If you lose a screw on a plane, you know the whole plane is probably not going to crash. But if you start losing 10, 20, 50 screws on a plane ... Well, things might start getting kind of hairy,” Nelson said in explaining the hypothesis.

The same is true with ecosystems, she said. If one species is lost another might be able to fill the gap, however, when many species are lost it can lead to ecosystem collapse.

“Without increased conservation efforts, I think more species will be lost in the future,” Nelson said.

According to Nelson, people can play a role in conservation, whether it is cleaning out bird feeders to make sure no disease spreads between birds or buying bird-friendly products, such as the Smithsonian’s bird-friendly coffee sourced from farms using a combination of foliage cover, tree height and biodiversity to provide quality habitat for birds and other wildlife.

Additionally, birding helps foster a love of birds and the drive to conserve natural landscapes to help birds, and right now Nelson said that bird watching is becoming one of the most popular American pastimes.

To learn more about local opportunities to bird watch, visit the High Country Audubon Society by clicking to highcountryaudubon.org/.

Beyond star ratings: 10 things consumers should look for in product reviews