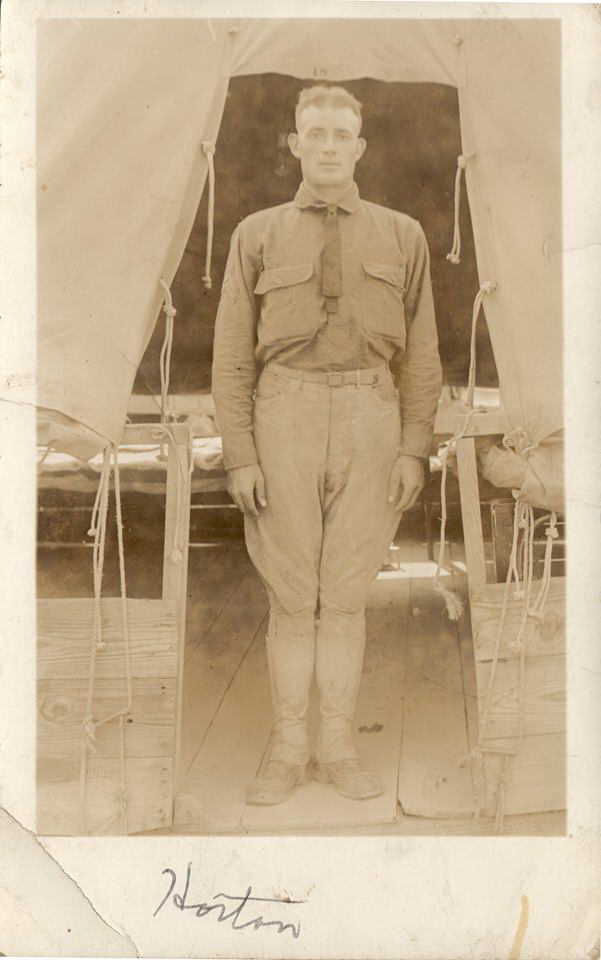 Horton Cooper, longtime educator and author of our only complete Avery County history. 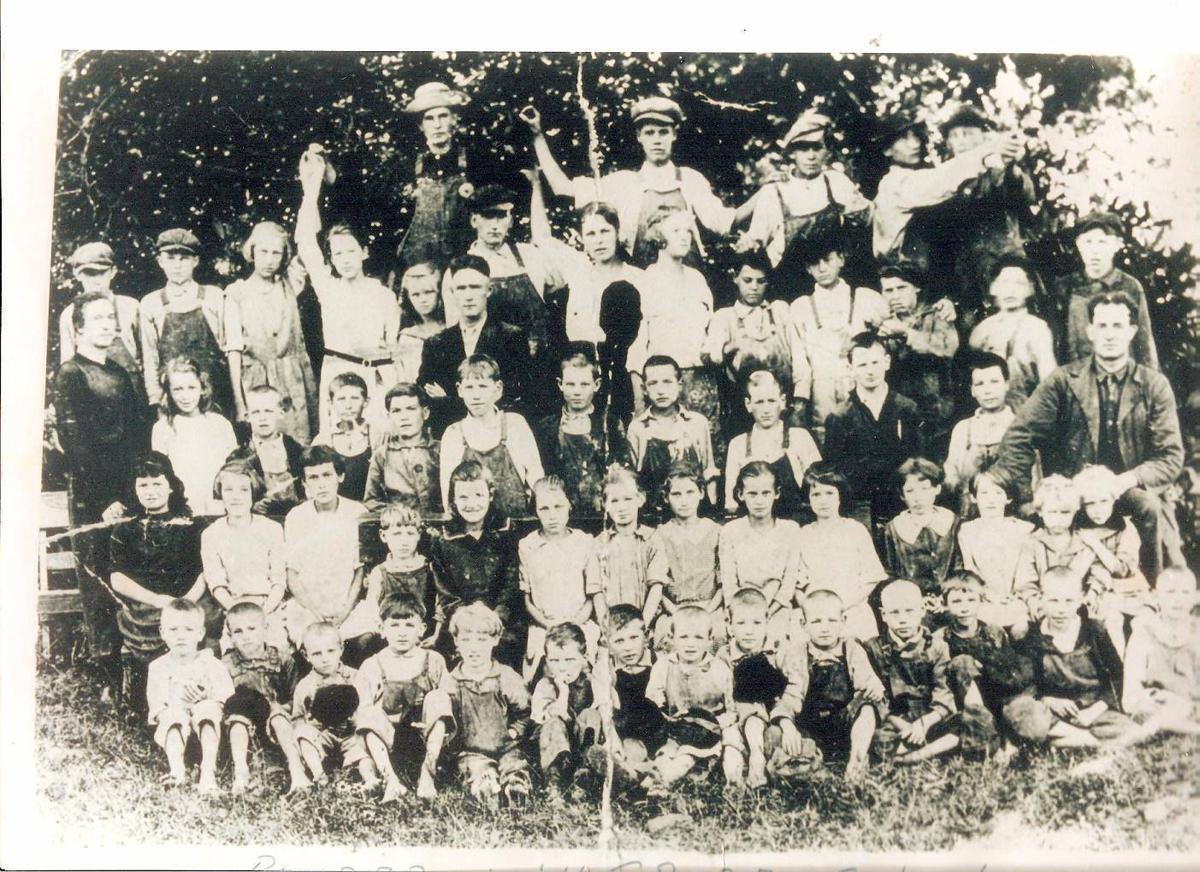 Horton Cooper, on right, and the students of the Powdermill School. 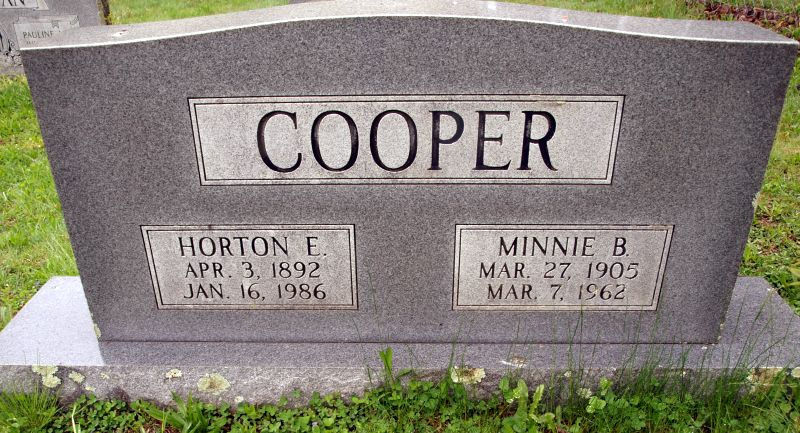 Horton Cooper, longtime educator and author of our only complete Avery County history.

Horton Cooper, on right, and the students of the Powdermill School.

In our timeline study, we are up to the year 1964. While there are many events that occurred that year, one stands above the others. In 1964, Horton Cooper released his updated “History of Avery County, North Carolina.” In just 100 pages, Cooper tells the world the story of the people who call Avery County home.

Cooper was born on April 3, 1892, in a log cabin near the Frank community. Of course, it would have been Mitchell County at the time. He attended local schools, then Catawba College, and on June 23, 1918, enlisted in the US Army. He was 25 years old at the time and working as a stock man at the Tinker Roller Bearing Company in Canton, Ohio. Cooper was selected to attend officer’s training school, and earned his second lieutenant’s commission, but the November 1919 armistice led to the commission not being issued. Cooper returned to civilian life, married Minnie Bentley, and began teaching in local schools.

For 55 years, Cooper taught in a range of locales, from a one-room structure to his office as principal of the schools at Whaley and Minneapolis. He also served as postmaster in Frank, as a magistrate and justice of the peace, and taught Sunday school. He wrote many articles and four books: “A History of Avery County” (ca. 1936), “History of Avery County” (1964), “North Carolina Mountain Folklore and Miscellany” (1972) and “The X-Ray of English.”

Cooper’s 1964 “History of Avery County,” the one with which most people are familiar, is a revision of an earlier work. The earlier book, bound with green paper and brown binding, sold for $1.50 and was written at the request of Mrs. Bonnie Ford of Penland, Mitchell County.

Half of Cooper’s book focuses on events before the formation of Avery County. He talks of early land grants, the march of the Overmountain Men in 1780, Indian relics, the Cranberry Iron Mines, early post offices, churches and schools. “To make this History of Avery County more complete, it has been necessary to draw back the curtains of the past for glimpses of counties of which Avery was once a part. This is especially true as relating to Mitchell and Yancey Counties,” he writes in the introduction.

For the remainder of the book, Cooper switches back and forth between those who predated Avery County, like George Crossnore, to the people who made Avery County what it is today: the Sloops, Edgar Tufts, Edwin C. Guy, Arizona Hughes, Hugh Morton, Uncle Joe Hartley, and many others. Cooper then dives into lists of men and women who served as soldiers in the World Wars, Korea and members of various boards, like the Selective Service, sheriffs, Tax Collectors, County Commissioners, representatives in the General Assembly, post offices with postmasters, and former post offices. There is also a brief place names history as well.

Cooper’s “History of Avery County” provides some wonderful details but does not always have themed or chronological chapters. Chapter 10 starts with men like George Crossnore, who might have operated the first store in the area, proceeds to Hattie Parks Wright and the Sloops, and then spends quite a bit of time discussing mining, dairies, farming, flowers, trees, sawmills and a few other topics. The dates in this chapter range from the late 1700s (George Crossnore applied for land grants on the Linville River in 1793, but that date is not in Cooper’s book), to March 1942, when a “big snow” hit the area.

“Someone has said that history is prophecy looking backward,” Cooper wrote in his introduction. “History is more than a record of past events; it is the story of man’s progress as applied to a given area.” For Horton, that given area was Avery County.

Why is Cooper’s “History of Avery County” important 56 years after it was first released? To date, it is the only complete history of Avery County to be published. The volume is held by at least 48 university libraries, from Appalachian State in Boone, all the way to Stanford University in California. It can also be found in numerous local and regional North Carolina collections across our state. It has been reprinted at least twice and can be found on Amazon and in used bookstores. When people are looking for information on our county, this is often the book to which they turn.

While Cooper did an admirable job, the book has challenges. It has no index, so people wanting to look up just a person or place will need to read the entire book. There are also no notes, nor a bibliography. We don’t know where Cooper retrieved much of his information. Any historian worth his salt in the 21st century is going to provide those details for us. Not only does it lend a degree of credibility to the work, but it also allows the reader to go find the source, possibly discovering details the author chose not to include, but which may be important to the reader.

It is probably time for a new history of Avery County to be written. While Cooper was witness to all of Avery County’s history during his lifetime (he died in January 1986 and is buried at the Green Buchanan Cemetery), new research avenues allow us to dig more deeply than ever before, discovering events and people those earlier histories don’t mention. And this new history needs to be well documented, giving future researchers a jumping-off point for their own projects. Our descendants deserve this much.