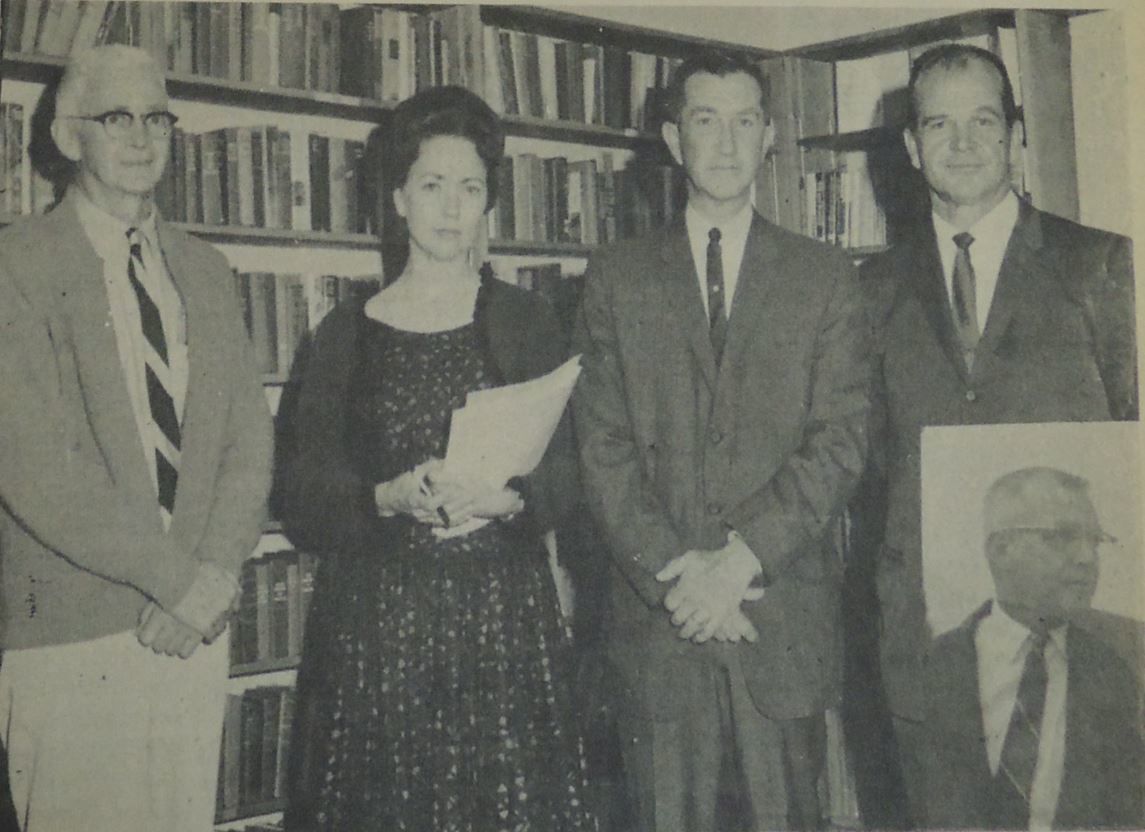 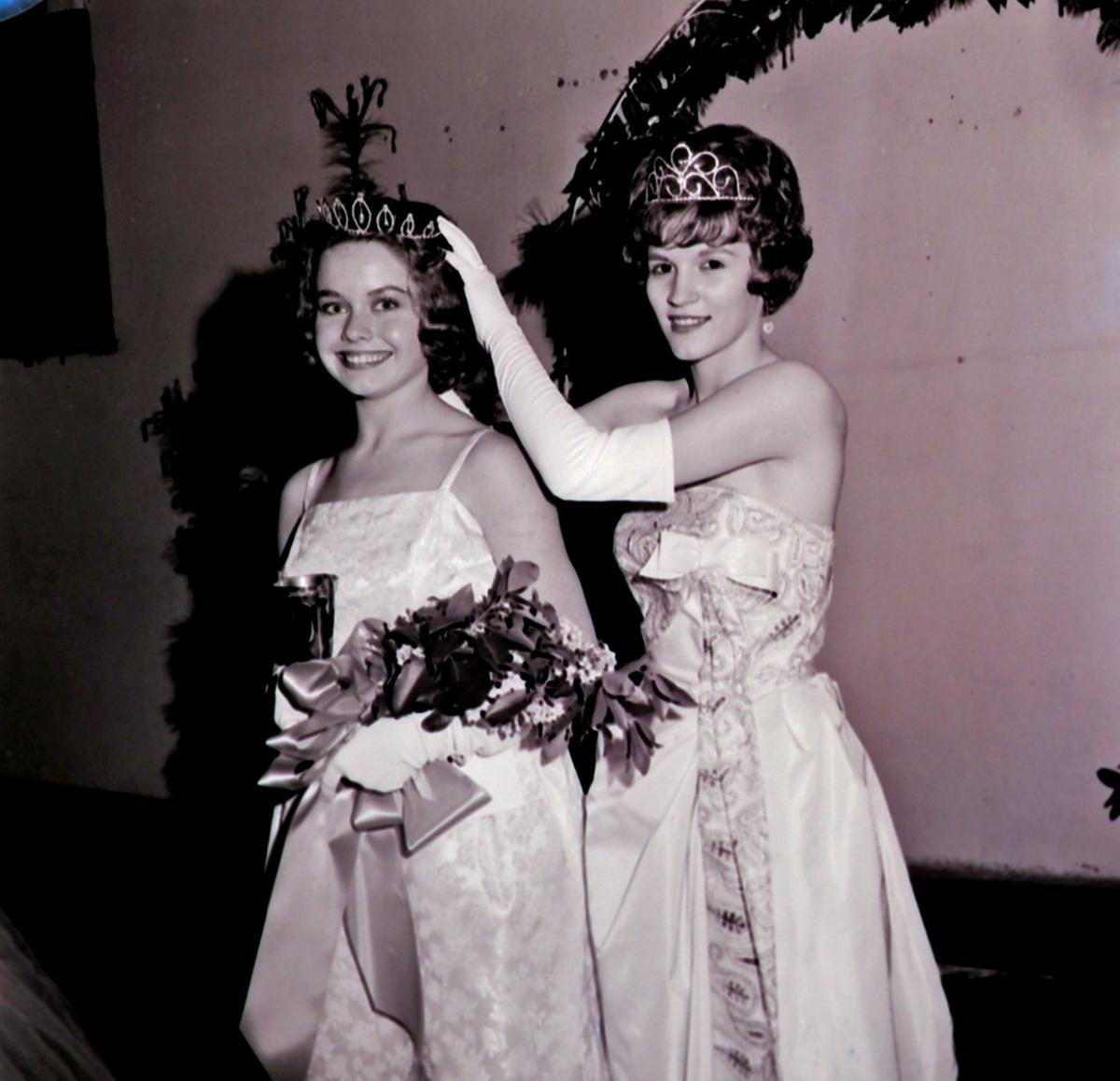 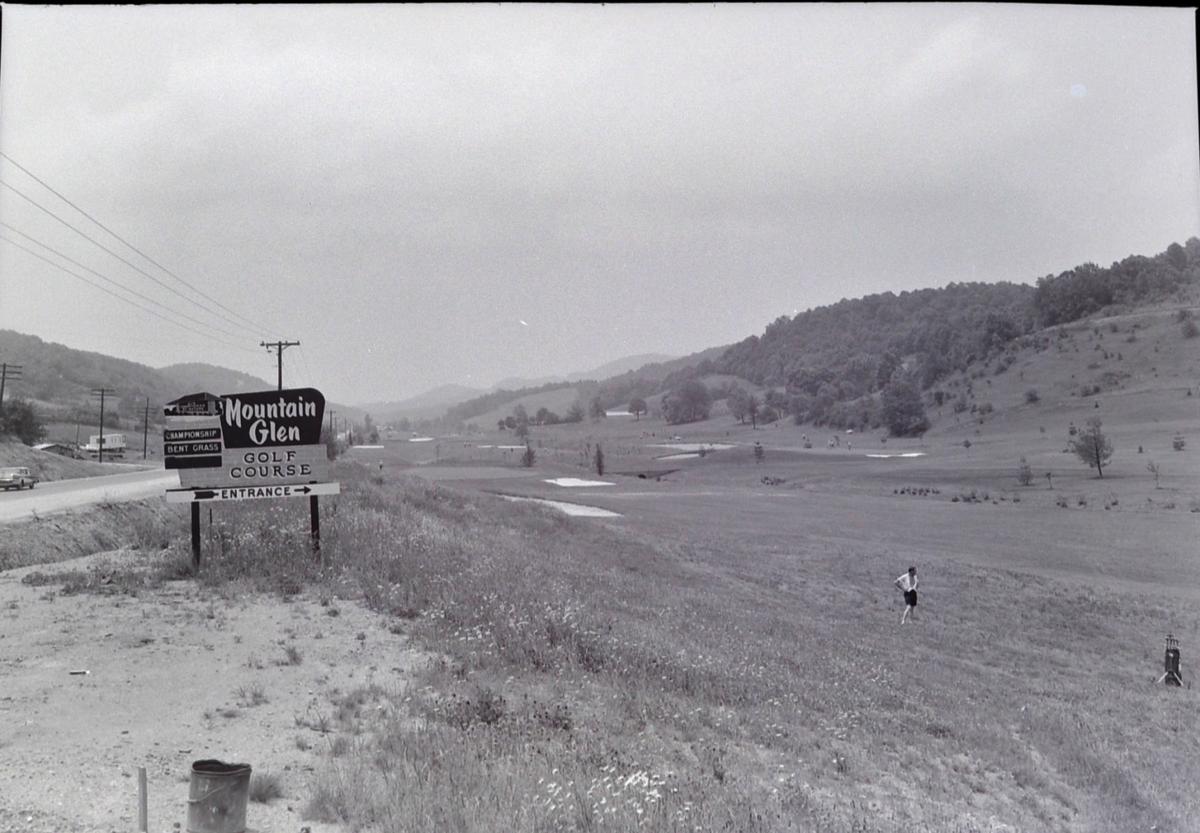 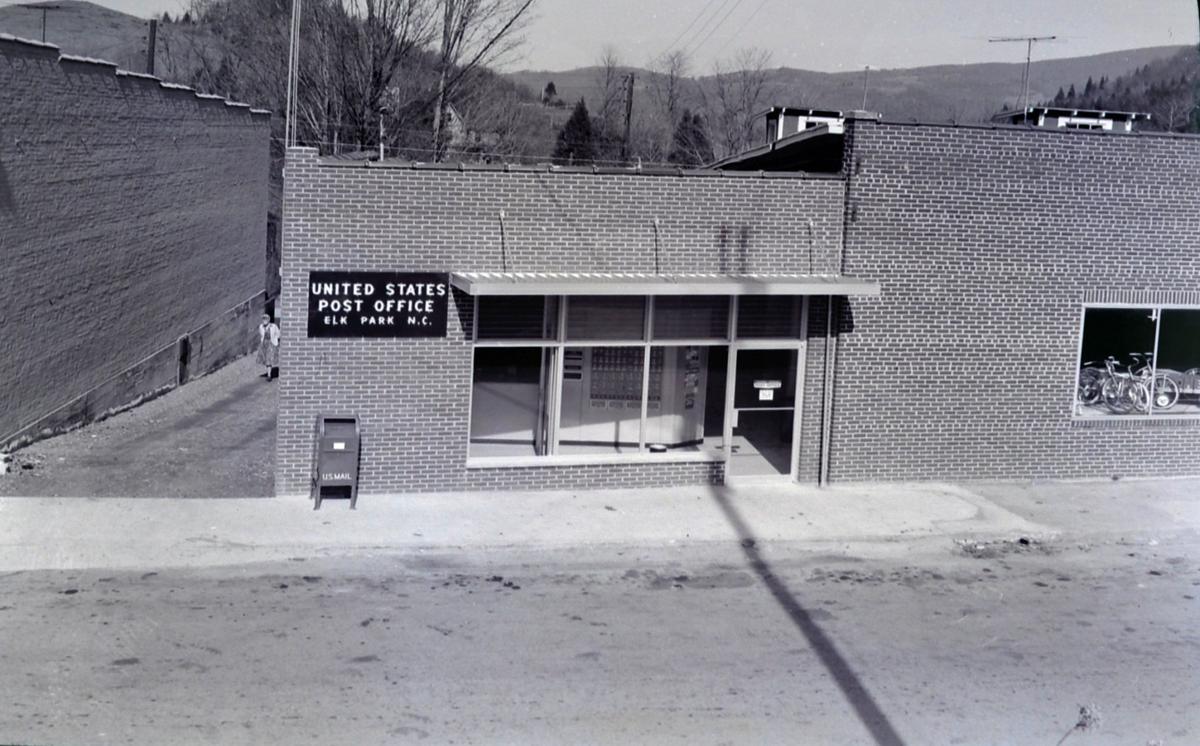 The current Elk Park Post Office was completed in 1964. 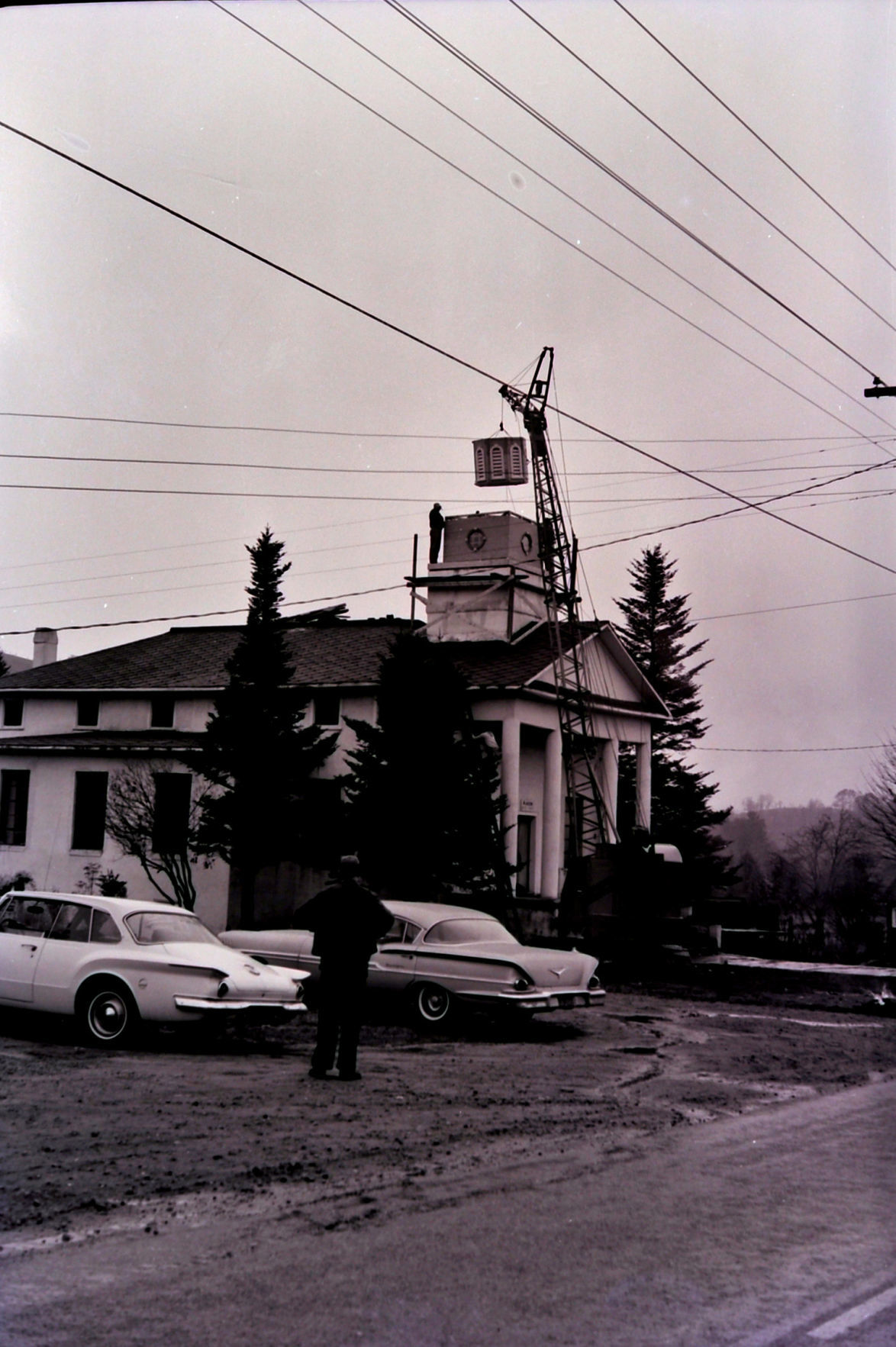 Aaron Baptist Church in Montezuma received its steeple in 1964.

The current Elk Park Post Office was completed in 1964.

Aaron Baptist Church in Montezuma received its steeple in 1964.

Like most years, 1964 found local residents greeting the new year with a snow storm. Seven-plus inches were reported in the county, with 5,400 people without power, and local schools were closed.

Avery County’s Chamber of Commerce gained its 700th member in January. The newest member was Carlos Calhoun, who owned an auto body shop. The Johnson City Press believed it was “some kind of record... highest per capita chamber membership in the nation.”

At the end of January, a public meeting at the courthouse in Newland concerning changes at the Edgar Tufts Memorial Association drew more than 750 people. Many were concerned that the hospital was going broke. Several staff members had left over the course of the past year, and it was rumored that Dr. Lawson Tate, Chief of Staff, was also planning to leave. A recent audit showed that while there was $400,000 in outstanding bills, the hospital was financially in good shape.

Elk Park’s new post office building on Main Street, still in use in 2020, was dedicated on February 23. George Nesbitt was the master of ceremonies and 200 guests were present. Among those was Congressman Basil L. Whitener.

It continued to snow in Avery County. In mid-February, school superintendent Kenneth Anderson stated that up until that point, schools had been closed 24 days. The school system was planning to implement six-day school weeks to catch up.

Newland Presbyterian Church held its first service in the new building in March. It had taken almost a year to construct the new church. A special dedication service was held on June 14

In mid-March, water began filling the 40-acre Grandfather Lake. The area was one of two residential communities planned by Hugh Morton. Morton had a home by the lake, as did Oklahoma Pipeline builder John Williams and North Carolina Governor Luther Hodges.

Aaron Baptist Church dedicated its new steeple and chimes at a special service on May 17. The service was followed by a dinner on the grounds.

Former state representative William R. Fields passed away in Elk Park in May. Fields represented Avery County in the General Assembly from 1947 until 1953.

The worst automobile accident in Avery County history (at least up until 1964) occurred on June 6, near the intersection of Highway 194 and Spanish Oak Road, called the New Cross Community. Two cars collided, killing four and injuring two others. The four who died were Kent Wiseman, Shirley Wiseman, Harvey Clark and Tammy Wiseman. Randy Wiseman died a few days later.

Frances Banner was crowned Miss Mountain Laurel of 1964, on June 6, at the Newland School Gymnasium.

In mid-June, six convicts working on a road crew in the Hughes community overpowered their two guards, tied them with three other prisoners, and escaped. The six were armed with a pistol and rifle taken with the guard. By June 18, all six had been recaptured.

The 40th annual Singing on the Mountain was held on June 28, with Gov. Terry Sanford in attendance.

In July, Mountain Glen Golf Course’s first nine holes opened to members and their guests on the Fourth; the Newland F.F.A. took second place at state in Ritual and Parliamentary Procedure; the new Shady Lawn Motel in Newland opened on July 10; Horton Cooper’s “History of Avery County” was released the week of July 23; Fred Taylor, former Newland Alderman and co-owner of Greene and Taylor Nursery, passed away on July 29.

A $15,000 FAA grant was approved to help complete the Avery Airstrip in the Green Valley/Ingalls community in August.

In October, an exhibit on the development of agriculture, industry, education and recreation in Avery County, prepared by the Worker’s Council, won first place in the Community Development exhibits at the North Carolina State Fair; in Banner Elk, work was proceeding on the Glove Factory.

In national events, President Johnson declared a War on Poverty on January 8; on January 11, the US Surgeon General reported that smoking might be hazardous to one’s health; the 24th Amendment to the U.S. Constitution was ratified on January 23, outlawing the poll tax; the Beatles arrived in New York on February 7, and appeared on “The Ed Sullivan Show” on February 9; on May 2, the first large-scale demonstrations against the Vietnam War took place in New York and San Francisco; in July, President Johnson signed the Civil Rights Act of 1964 into law, abolishing racial segregation; race riots in Philadelphia in August led to 774 arrests; in October, the St. Louis Cardinals defeated the New York Yankees to win the World Series.

Those born in 1964 include actor Nicholas Cage; former First Lady Michelle Obama; and chef Bobby Flay. Those who died in 1964 include novelist Flannery O’Connor and U.S. President Herbert Hoover.