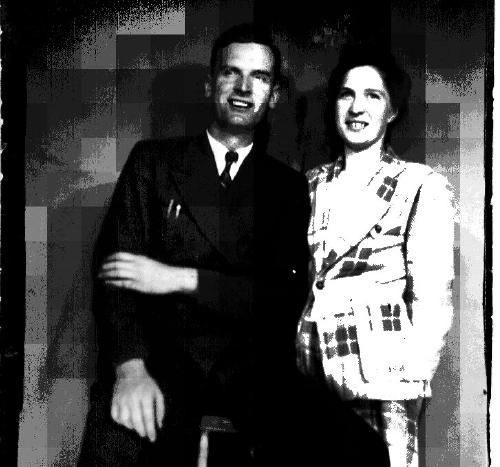 The Rev. Dayton Jones, pictured here with his wife Oda, lost his life in a farming accident in 1965. 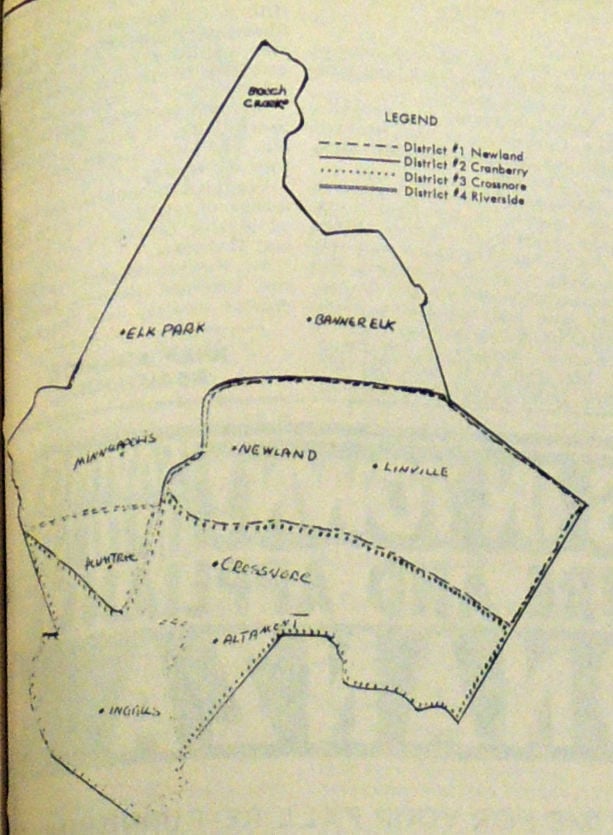 The map showing the school districts of Avery County when the system was desegregated in 1965. 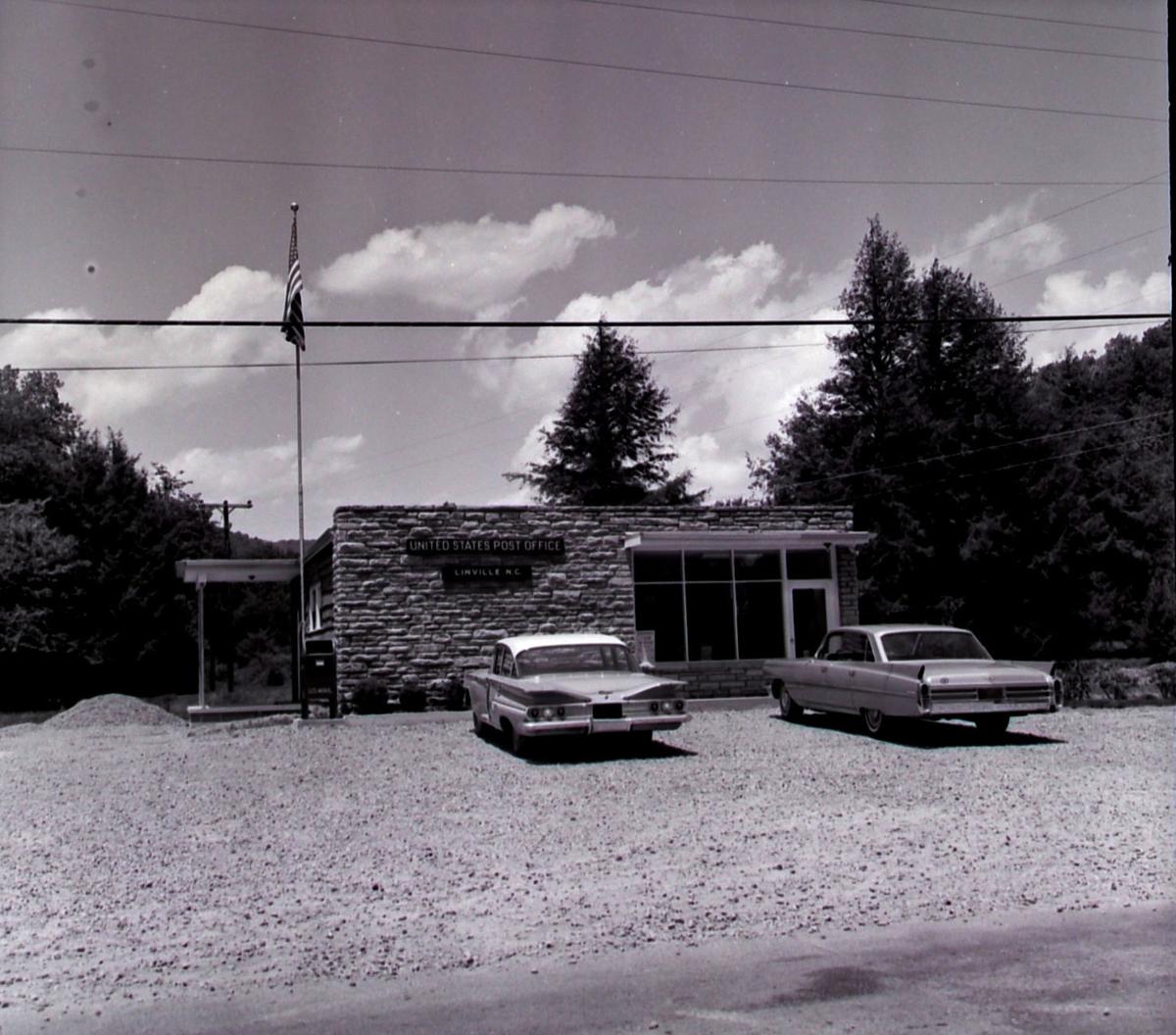 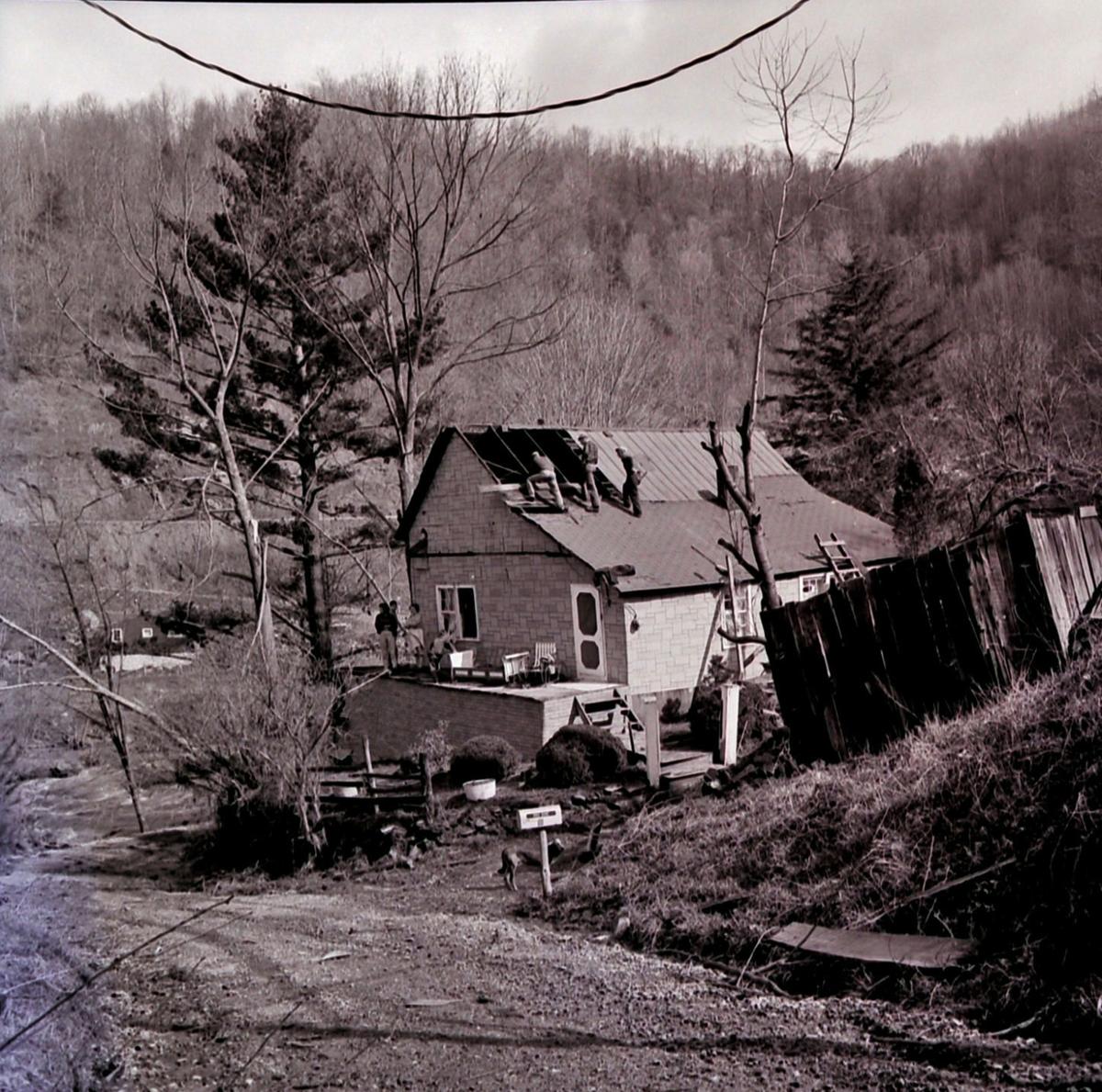 The Bare home was one of many damaged in the Heaton community when a tornado touched down there in April 1965.

The Rev. Dayton Jones, pictured here with his wife Oda, lost his life in a farming accident in 1965.

The map showing the school districts of Avery County when the system was desegregated in 1965.

The Bare home was one of many damaged in the Heaton community when a tornado touched down there in April 1965.

Avery County citizens woke up on the morning of January 1, New Year’s Day, 1965, to discover that a local man had shot five other residents the previous day between the Crossnore and Pineola communities. Dick Vance had wounded not only his father, Shelby Vance, but Sheriff Jack Vance, Deputy J.C. Isaacs and two others passing by in cars. He was soon captured and transported to Broughton Hospital in Morganton. All the victims recovered from their wounds.

The long battle between Hugh Morton and the National Park Service came to an end on January 6. Discussion had lasted for years regarding the last piece of the Blue Ridge Parkway, a 6.5-mile section that went across Grandfather Mountain. It would take another 20 years for the final section to be completed.

Work began in late January on the extension of Highway 194/Smoky Straight. The new three-lane highway connected Newland with Cranberry, replacing “four miles of crooked and dangerous road now being used,” according to The Avery Journal.

A snowstorm on February 1 stranded two busloads of children and parents in Linville Falls. The group were on their way back from the Shriners Children’s Hospital in Greenville, S.C., when they became stuck. Local road crews were finally able to get the buses to Newland, where smaller buses equipped for bad weather met the group and took them on to Elizabethton, Tenn.

In mid-February, it was announced that the county had purchased 34.5 acres of land not far from Newland for the new county high school. The Board of Education, back in October 1964, had determined that the physical plants of the three high schools in the county were “becoming obsolete,” and it would be cheaper to just build one new school and close the others. The idea of a consolidated high school passed a countywide vote on July 27. Work on grading the site was under way by September.

Banner Elk began working to establish a volunteer fire department in March. Ralph Gwaltney had been elected chief, and people were raising funds to purchase a fire truck.

Former member of the Board of Elections and Board of Education George D. Gouge passed away on March 28. The World War I veteran is buried in Belview Cemetery.

In early April, the North Carolina House Education Committee killed a bill introduced by Mack Isaacs, local representative, which would have increased the size of the Avery County Board of Education and allowed the members to be elected by popular majority. As the law then stood, the school board was appointed by the General Assembly.

The Heaton community suffered the rare strike of a tornado in the early morning hours of April 9. Several homes, including those belonging to Mina Bare, Frank Shoemaker, and Dolly Shell, were damaged. Phone and electrical lines were out, and many downed trees blocked the roads. The tornado was reported to be 300 yards wide, and on the ground for one-half mile.

In April, the Avery-Mitchell-Yancey County Library was declared one of 10 best small-town libraries in the United States by the Book of the Month Club.

On Memorial Day weekend, Mountain Glen Golf Course opened all 18 holes for the first time. That same month, the new Linville Post Office opened at the corner of US 221 and Hwy. 105.

In late July, Edward Eckert, mayor of the town of Dunedin, Fla., was presented a “key” to the town of Crossnore.

The Rev. Dayton Jones died of injuries sustained in a farming accident on August 14. Jones, born in 1911, had pastored many local churches over the years. Jones was also a World War II veteran. He is buried at Beech Mountain Baptist Church Cemetery.

Remodeling of the Church of Jesus Christ in Newland began in September. The block structure was plastered over and carpet installed.

A big debate that fall was the idea that the employees of Newland Knitting Mill might unionize. While The Avery Journal wrote that it was “neither for nor against Labor Unions,” it advised its readers that it was “well known that the great exodus of industry from the Northern States into the South is due in large measure to the flight of industrial employers from what they consider unreasonable interference with management by organized labor unions.” When the vote was held on November 5, local mill employees decided 213 against, and 92 for, unionization.

An announcement appeared in The Avery Journal on October 14 announcing that the Toe River School, which had served Avery County’s small African-American population, would be closing at the end of the school year. Those attending that school would be “assigned to schools within their districts...” or to a school of their choice. This plan was approved by Francis Keppel, U.S. Commissioner of Education, on September 10. A map was drawn up to help students and their parents with the new school assignment.

In national news, President Lyndon Johnson proclaimed his “Great Society” during his State of the Union address in January; Martin Luther King, Jr., led protesters across the bridge in Selma, Ala., in two different events in March; 25,000 protestors marched in Washington, D.C., in April protesting the Vietnam War; in June, astronaut Ed White made the first U.S. spacewalk; LBJ ordered the increase of U.S. troops in Vietnam from 75,000 to 125,000; that same month, LBJ signed the Social Security Act, establishing Medicare and Medicaid. In August, LBJ signed the Voting Rights Act into law, and Gemini 5, with astronauts Gordon Cooper and Pete Conrad, launched August 21. In November, Freedom Flights began in Cuba, while in December Gemini 6 and Gemini 7 performed the first controlled rendezvous in Earth orbit.

Those who died in 1965 include musician Nat King Cole, activist Malcolm X and former vice president Henry A. Wallace.