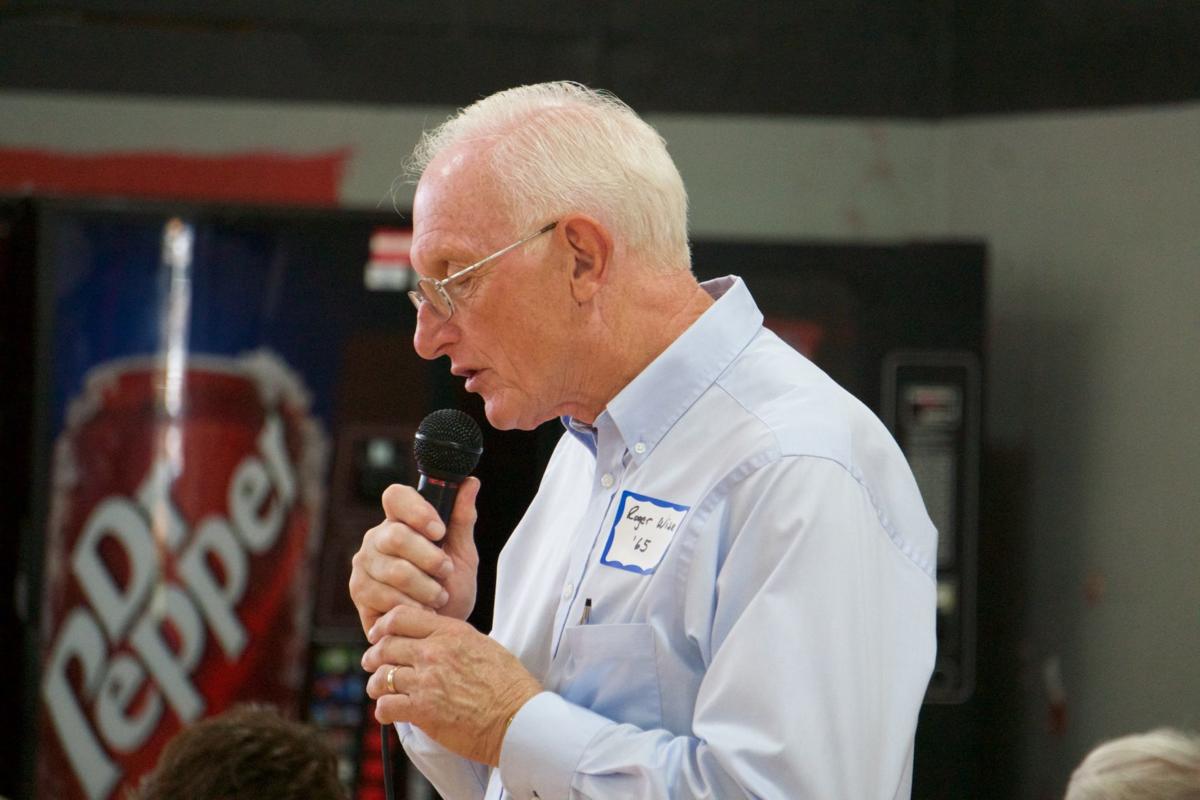 Roger Wise delivering an invocation at the beginning of the program. 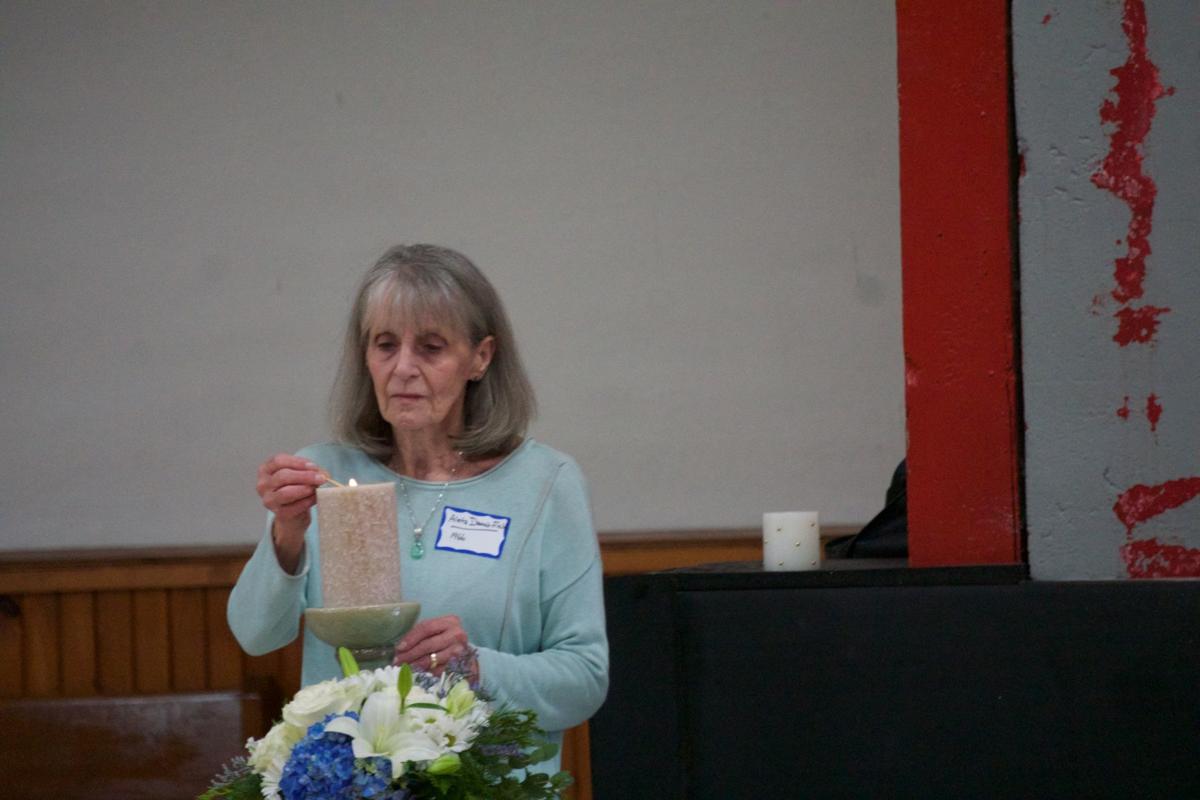 Aleta Daniels-Field lighting a candle in memoriam of classmates who have passed away. 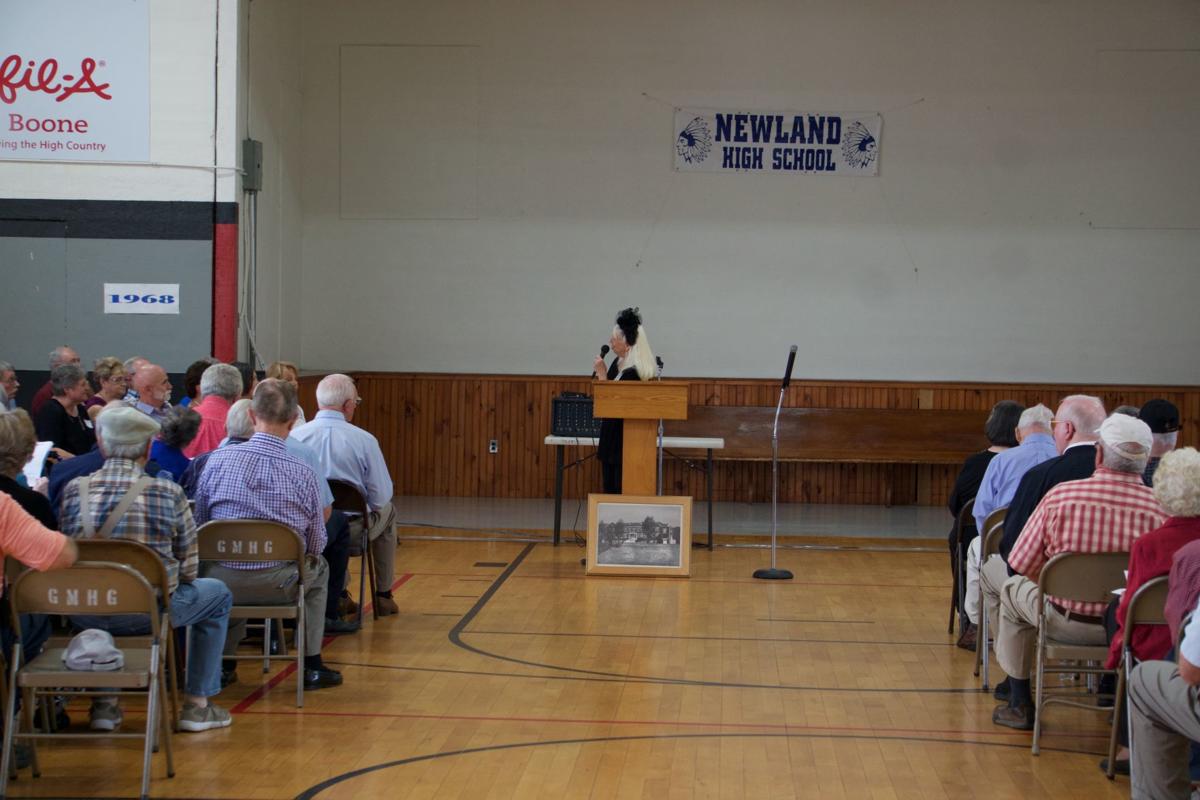 Nancy Stroupe Morrison delivered the welcome at the beginning of the program.

Roger Wise delivering an invocation at the beginning of the program.

Aleta Daniels-Field lighting a candle in memoriam of classmates who have passed away.

Nancy Stroupe Morrison delivered the welcome at the beginning of the program.

NEWLAND — Newland High School’s annual reunion for all classes returned to the Old Rock Gym after a year’s hiatus due to weather.

Last year, rain from the remnants of Hurricane Florence caused near flooding that resulted in advisories from county officials for residents to stay indoors. The Rock Gym, where the reunion is hosted, is also an emergency shelter.

The program on Sept. 21 was preceded by a social hour, and opened with a welcome from 1962 graduate Nancy Morrison and an invocation delivered by 1965 graduate Roger Wise.

Tim Berry, who is not a graduate, sang the national anthem after the pledge of allegiance and presentation of the colors by VFW Post 4286.

The venue then joined in for the school’s alma mater, led by 1954 graduate Jean Baird.

The class of 1968 was supposed to be recognized last year, but that recognition was moved up to this year due to the cancellation.

Alumni 90 years and older, of which there were several in attendance, teachers and individual classes by year were recognized.

Aleta Daniels-Field, from the Class of 1966, lit the memorial candle for classmates who had passed on, and read their names.

There were also door prizes, a 50/50 drawing and a live auction of a painting of Newland High School.

The program was followed by more social time and taking class pictures at the front of the gym.

The back wall of the facility was lined with poster boards outlining the history of the high school and the people who were there. There were several old editions of the school’s yearbook, “The Hillbilly,” as well.

Van Jones calls out the dehumanization of African American men