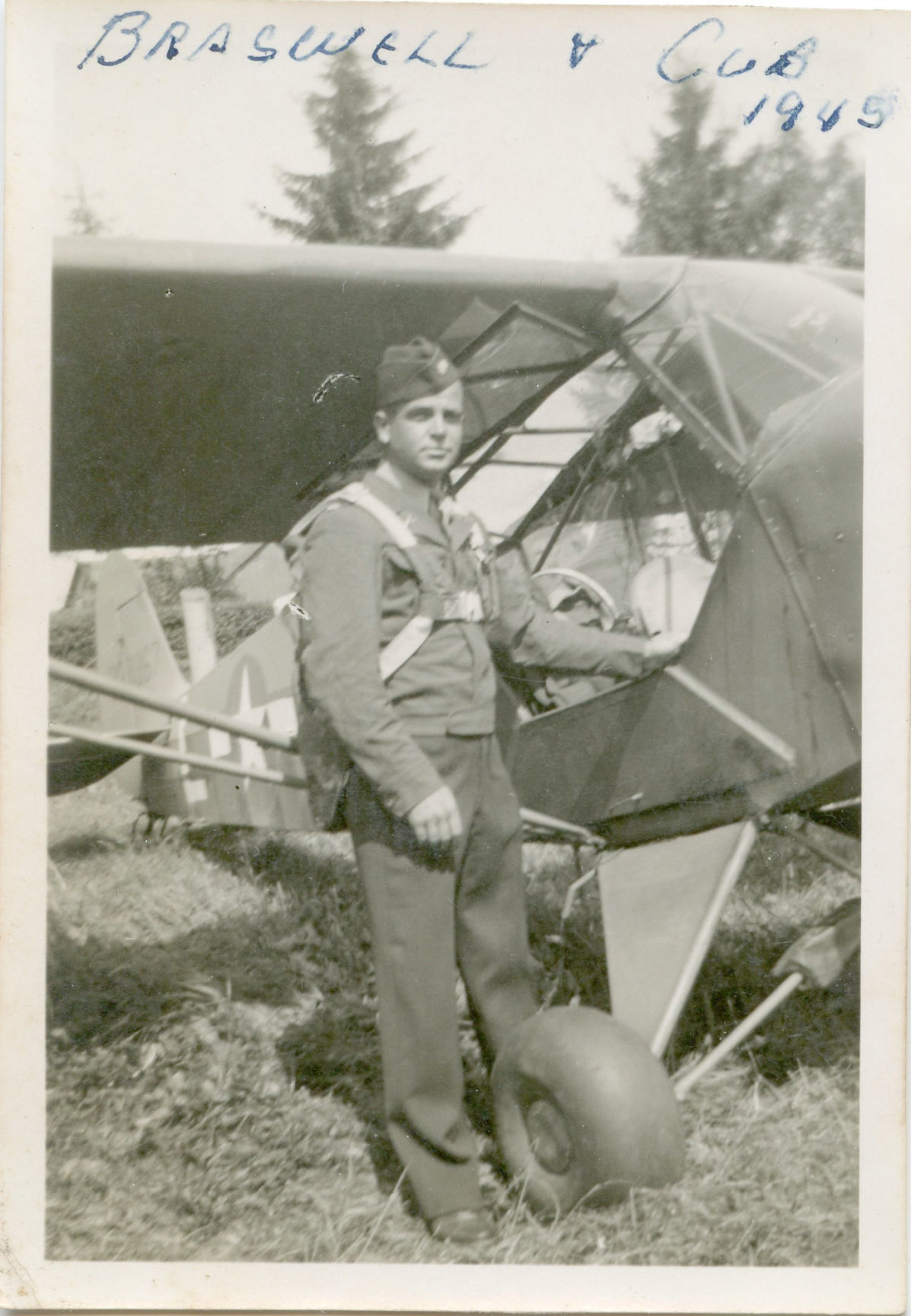 Judge Ray Braswell in his military uniform during his time in service during World War II. 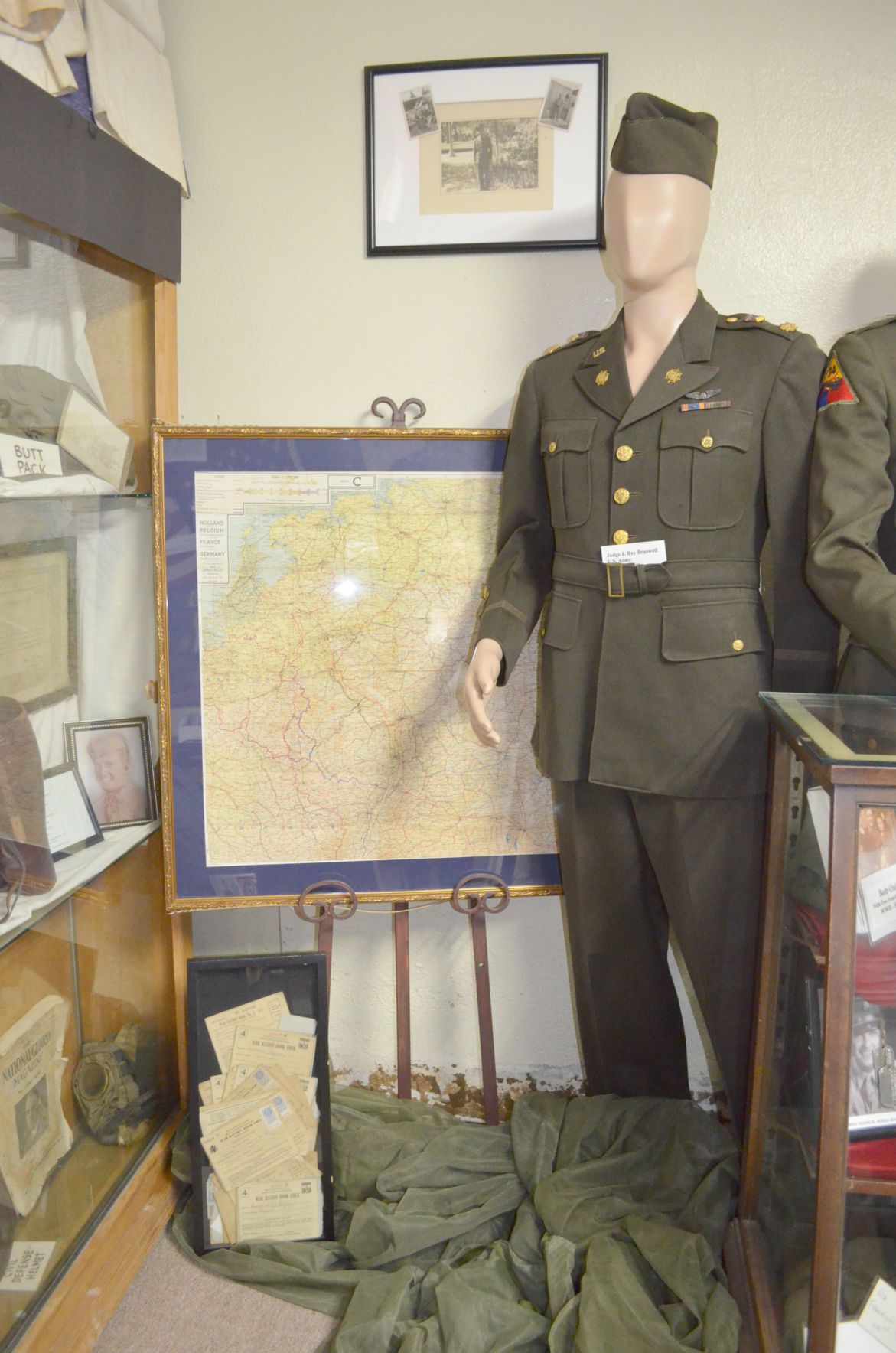 Braswell’s uniform, as well as a map he used during flights over Europe in World War II, is currently on display at the Avery Historical Museum in Newland.

Judge Ray Braswell in his military uniform during his time in service during World War II.

Braswell’s uniform, as well as a map he used during flights over Europe in World War II, is currently on display at the Avery Historical Museum in Newland.

When the Avery County Historical Society was first formed in 1976, one of its first projects was a book entitled “Avery County Heritage.” This was a book of collected biographies and genealogies written by the people whose ancestors were the subjects of the stories.

Meant to be a “one-time” publication, calls came from other folks who wanted to include their family stories. Over the years, volume after volume have been added to these Heritage books. The third volume published in 1981 had a preface which included the statement that the interest in the series “evidenced the nostalgia of Avery County people for the past and... is testimony of their pride of ancestry and of their hope for posterity.” This was certainly true of the descendants of the many founding families of our mountain area. In fact, this statement was written by Judge Ray Braswell, one of our most prominent citizens and a member of an early mountain family.

The history of this family actually goes back to William Barjonah Braswell, who did not live here but died and is buried here. Caught with a hunting party in a sudden snowstorm, he was left to be cared for by local settlers. He did not survive and was buried on the property. As he was an American Revolutionary War veteran, a marker was later placed on his grave now visible from the highway in Three Mile.

Barjonah’s grandson, James Thaddeus, was born in Caldwell County in 1838 and was the first Braswell to live in what is now Avery County. Married to Mary Jane Webb, he became the father to three sons, including Columbus, who was the father of one of Avery County’s most beloved citizens — Warsaw Braswell. Married to Beulah Benfield, Warsaw gave his entire adult life to public service as a teacher and a supervisor of the Public Welfare Department.

That brings us to J. Ray Braswell, whom we all remember as a lawyer and a judge in our county for years, as well as was involved in numerous civic activities in Newland. However, we are remembering Judge Braswell for a different kind of service — that as a veteran of World War II. Like many a mountain boy from Avery County, he answered the call to serve, but in a unique way. He flew a small plane and carried on his lap a two-sided silk map of Eastern Europe. On this map, Braswell would mark enemy sites of the Nazi Army for the Allies to bomb or attack. This same map was donated by his daughter Olivia to the Museum, and along with his uniform is on display in our military room. We hope you will visit to see this unique artifact of American history.

Our county history is full of stories of the important role our mountain ancestors have played in the military story of America. As a remembrance of your military ancestors, the Museum offers pavers inscribed with information and placed in a walkway on Museum grounds. These are also meaningful momentos for Mother’s Day or Father’s Day. Visit or call the Museum at (828) 733-7111 for details.