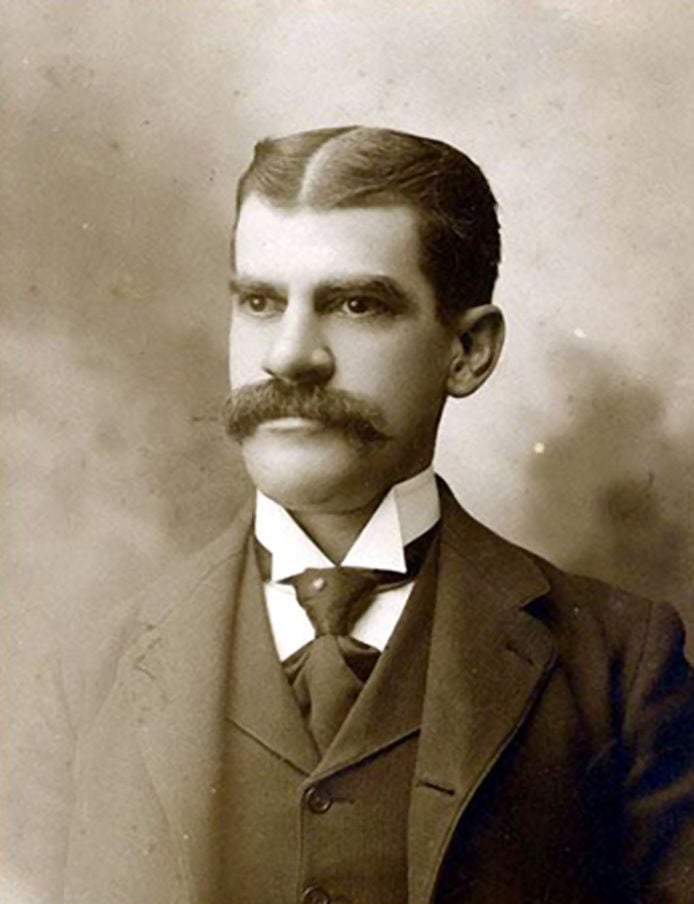 Fred Olds, who was a key player in the formation of the North Carolina Museum of History, visited Pineola, Linville Falls, and Linville Caverns in 1920. 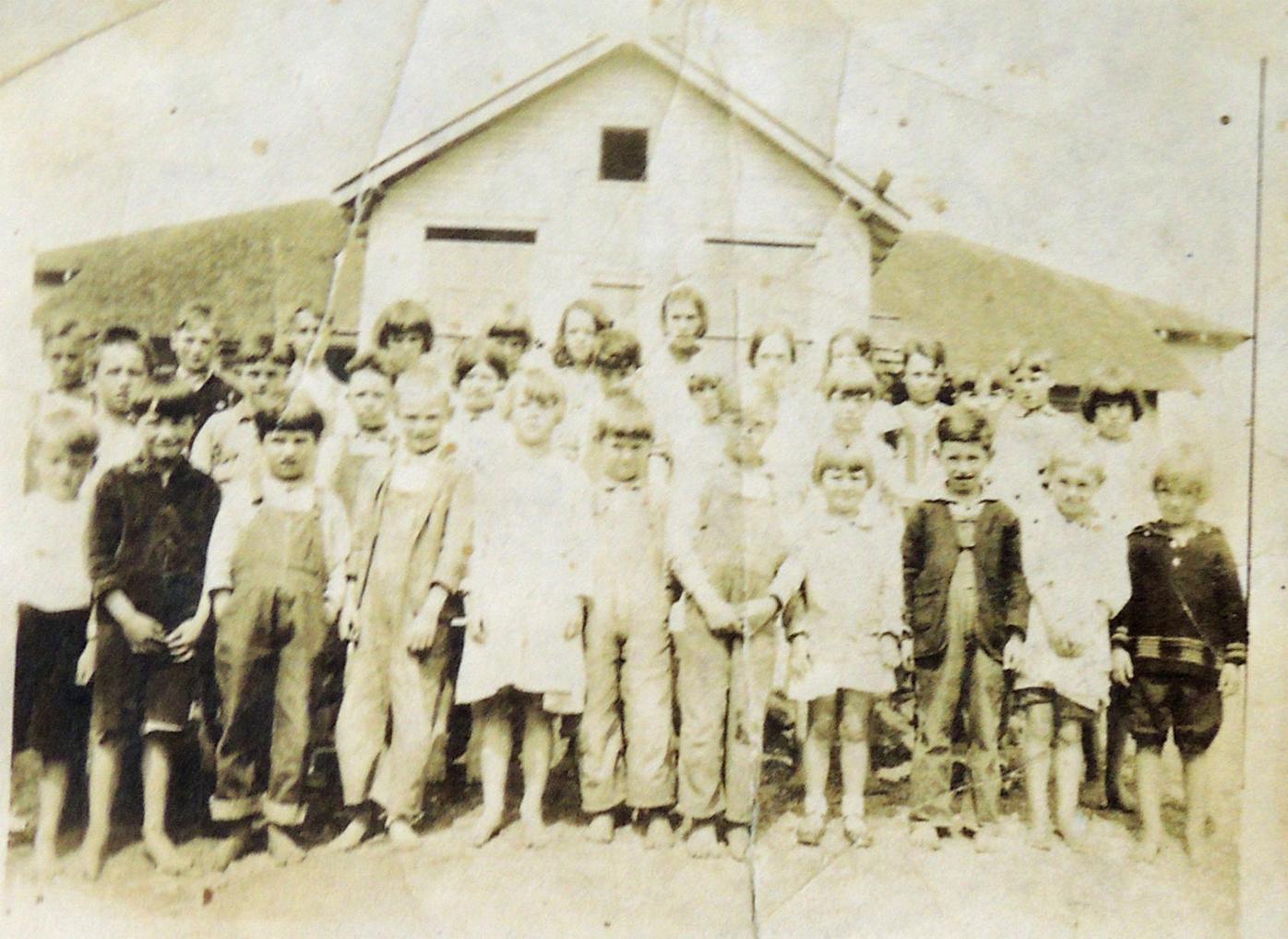 Students at the Dark Ridge School, constructed in 1920. 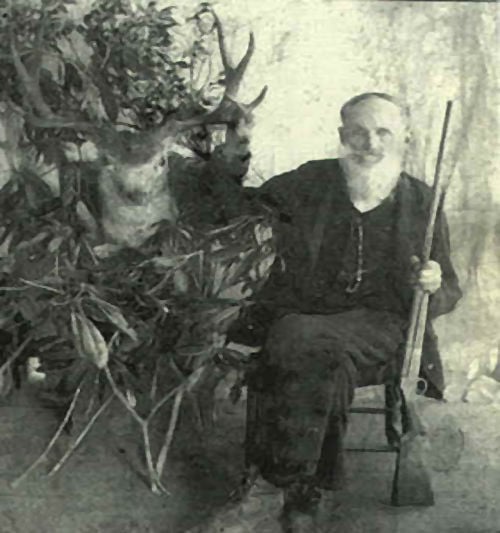 Uncle Jake Carpenter was a Confederate veteran and kept records of local deaths.

Fred Olds, who was a key player in the formation of the North Carolina Museum of History, visited Pineola, Linville Falls, and Linville Caverns in 1920.

Students at the Dark Ridge School, constructed in 1920.

Uncle Jake Carpenter was a Confederate veteran and kept records of local deaths.

Happy New Year! We pick up our look at Avery County through the decades in the year 1920. Avery County was just shy of being 10 years old. On the national scene, the United States finally gave women the right to vote on August 26, with the passage of the 19th Amendment. It was a topic that interested a number of local women. Sixty women had gathered almost two years earlier, on Oct. 19, 1918, and drafted a resolution asking Sen. Lee Overman to vote for suffrage. Despite Overman’s vote against the Constitutional Amendment, the Act was finally ratified in 1920. Had women been able to vote when elections were held in June 1920, would Overman have been able to hold onto his seat in the United State Senate?

When the census takers came through Avery County, they found 10,335 people living within the county’s borders.

One of the first news reports from the area came the second week of January. Prohibition agents swept through the area. Several stills were busted up, and it was estimated that “30 alleged moonshiners and bootleggers have departed the bounds of Avery county,” according to the report of the Asheville Citizen Times.

Also in January, it was reported that the U.S. government had begun foreclosure proceedings on land at the headwaters of Wilson Creek and on the Gragg Prong of Lost Cove Creek. This property was later incorporated into the Pisgah National Forest.

A month later, the Tar Heel Mica company of Plumtree was making headlines. Business was so good that the company had to build a new building, add on to its existing building, and purchase new machinery from New York. The newspaper was somewhat prophetic when it wrote: “this industry will eventually prove one of the leading enterprises in this section of the state.”

On March 10, Uncle Jake Carpenter died. Carpenter had served in the Confederate army during the Civil War. He is best known for his “Anthology of Death,” a list of local people who died during Carpenter’s lifetime. Carpenter kept his notes on various pieces of paper. He recorded the deaths of men like William Davis, who “ware old Solder in rev wre and got his thie brok im laste fite at kinge monte...” and Doth Clarkark, who “wars farmer and mak monshine.” The deaths of women in the community were also recorded. Paty Wise “spon & wov Cloh” and Alvie Pyatte “Wars fine ldy work hard all of her lif.”

There were some building projects and signs of growth in Avery County, besides the enlargement of the Tar Heel Mica Company. The Linville River Railway constructed a passenger shelter in Buchanan; the Linville Falls Methodist Church was incorporated; and a new school in Dark Ridge was constructed. This is the school where Bessie Willis came to teach, and the subject of her book, “Come When the Timber Turns.” It was also in 1920 that Nelson MacRae became president of the Linville Improvement Company.

Roads were always a topic of conversation. In June, the Asheville Citizen-Times reported one of the projects that would benefit Avery County. Project 100 promised to pave 21 miles in Avery County, from the Mitchell County line all the way to Cranberry. “This will be a 20 foot graded road with a waterbound macadam surface 16 feet wide,” the newspaper reported.

With more and more automobiles in the area, accidents became more frequent. Newspapers reported a crash with Dr. Sloop behind the wheel. He was not seriously injured, nor were two of his three passengers. More seriously hurt was his own father. In September came the report of a crash in Spear, where James Braswell was killed. His brother, Sheriff J.B. Braswell, survived.

An even more serious headline was the death of the first law enforcement officer since the formation of Avery County. Zebulon Winters was an Elk Park constable. The Lenoir Topic reported on Aug. 26, 1920, that Winters was assaulted and killed in the streets of Elk Park. While there were no eyewitnesses to the crime, Charley Oaks was arrested for the murder. Oaks was “in town that night, full of booze, and sent word to Winters that he ... wanted to see the police.” The judge moved the trial to Boone in October. The trial took place in April 1921, and the court returned the verdict of manslaughter.

Fred A. Olds, who was responsible for starting what is now the North Carolina Museum of History in Raleigh, was back in the area in late 1920. An earlier trip had occurred in 1910, visiting the Cranberry Mines. His 1920 trip found him moving through Steep Gap and into Pineola, then Linville Falls, where he fished for trout in the Linville River and stayed with Stokes Penland.

Olds lamented that the “Sawmills have played havoc with the once noble forests much of the way between” Pineola and Linville Falls. “[N]or is the destruction yet ended. Fire has followed the axe and where the trees used to be a glory they are now gone and wretched and blackened trunks stand here and there with an undergrowth of scrub... The mills have played the usual part of buzzard and left the usual grinning skeleton here and there.” Olds’s main objective was to visit Humpback Cave, which we now call Linville Caverns. No one “down east” had ever heard of the cave. Olds was amazed. He was leading the group when he “gave a cry as his flash-light showed the glories of a cathedral in miniature, with roof pure Gothic, the watery floor being along the nave and at the further end a magnificent altar and organpipes... joined together as if carved out of pale yellow onyx.”