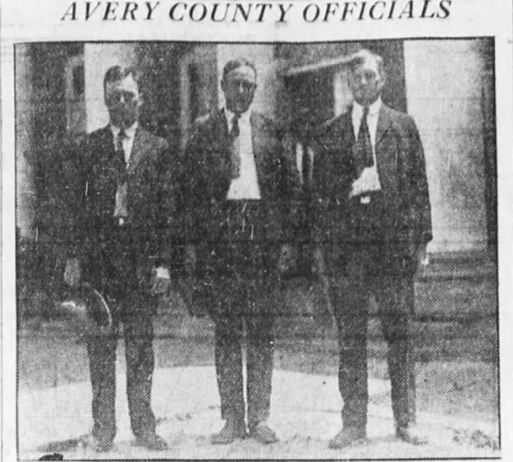 Avery County elected officials in 1925: Eugene Elier Clerk of Superior Court; P.A. Vance, Sheriff; and, R.A. Shoemaker, Register of Deeds, from the June 7, 1925, edition of the 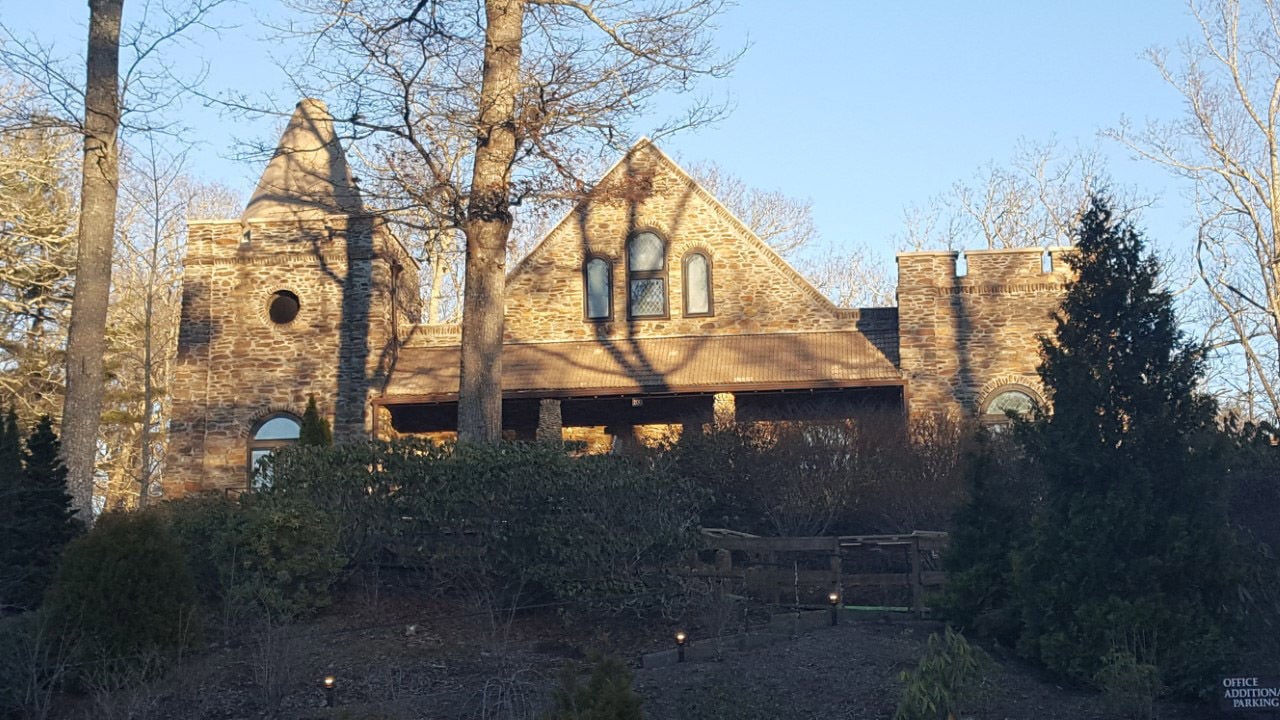 The congregation moved into the Crossnore Presbyterian Church in 1925. 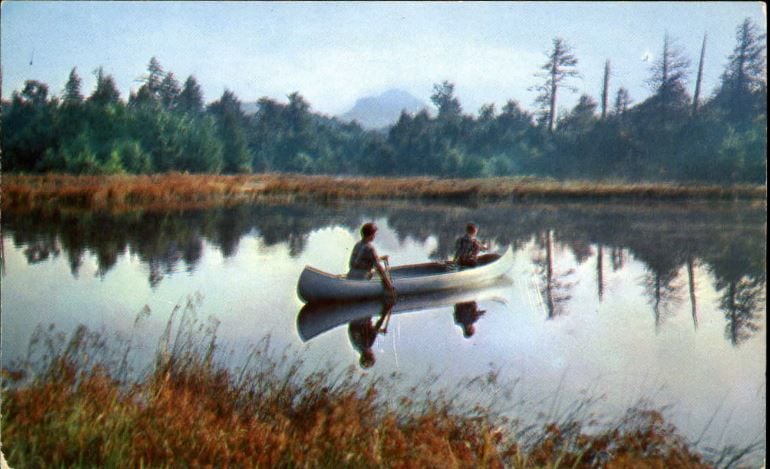 Avery County elected officials in 1925: Eugene Elier Clerk of Superior Court; P.A. Vance, Sheriff; and, R.A. Shoemaker, Register of Deeds, from the June 7, 1925, edition of the

The congregation moved into the Crossnore Presbyterian Church in 1925.

Last issue we looked at the years 1923 and 1924 in Avery County. As 1925 dawned, the United States was faced with changing attitudes regarding society itself. For example, in Wyoming, Nellie Tayloe Ross became the first female governor in the United States, followed less than two weeks later by Miriam A. Ferguson, who became governor of Texas. In neighboring Tennessee, Gov. Austin Peay signed the Butler Act that prohibited the teaching of the theory of evolution in the state’s public schools. John Scopes, who taught biology in Dayton, Tenn., was arrested on May 5, leading to the infamous “Scopes Monkey Trial.”

Although it was tucked up in the mountains, Avery County was not immune to these changes. And many people fought back. The Asheville Citizen Times printed extracts from a letter written by a local Avery County person and sent to North Carolina Revenue Commissioner Rufus A. Doughton. The local person wanted taxes on tobacco products raised, thought that only “married, sober and modest” men and women be allowed to serve as public school superintendents, and wanted regulations so that lady teachers could not have bobbed hair, nor wear trousers and leggings. Farmers needed help securing laborers. And young men under 18 years old, with “no income, should not [be] allowed to run an automobile for pleasure.”

There was also much discussion in January about a new National Park in North Carolina. Proposed were tracts of land that included the Blowing Rock and Linville Gorge areas; Grandfather Mountain, and the Great Smoky Mountains.

On March 15, the Tri-County Development Association was organized in Spruce Pine. One of its goals was to help tourists who visited the Toe River Valley during the summer months. They planned to establish free campgrounds in Plumtree, Spruce Pine, Bakersville, Burnsville and other places. Edgar Tufts, Jr., served on the nominating committee, T.D. Vance was first vice-president, and Mary M. Sloop and J.W. Holcombe served as directors. Avery County residents Plato Brinkley, S.K. Mortimer, and W.C. Franklin represented the area on the publicity committee. Mrs. Sloop also served on the finance committee.

In May, the Avery County school system was shaken up. School superintendent B.D. Franklin was removed from his office. His charge: “being too much influenced by persons holding no official appointment under the school system.” It seemed that the work of Mrs. Mary Sloop in Crossnore was irritating some in the county. D. P. Bridges, chair of the school board, stated that Mrs. Sloop “has no school at Crossnore,” but she did pay “part of the salary of some teachers in the Crossnore Public School.” The school was operated by the “County and the State,” and the “supervision of the County Board of Education and free tuition is afforded every child in the district.” Furthermore, the “Crossnore Community does not need cast off clothing to support it and the county is tired of being mis-represented.”

Chairman Bridges then stated that Avery County had five public schools, two of which had brand new buildings, and that school property was valued at $400,000. “Its school system is unexcelled in mountain counties of a great state.” Bridges welcomed the “cooperation and assistance of the citizenship in the conduct of the affairs of the county schools, but it is as equally anxious to curb efforts injurious to the reputation and thwarting efforts to advertise its progress.” Replacing Franklin was R. J. Teague, former principal of Bakersville High School in neighboring Mitchell County.

Advertisements began appearing in June for Camp Yonahnoka for boys in area newspapers. The Camp was located in Linville. “No young heart could desire a finer summer life than Linville’s 16,000 acres offer,” read one announcement. Boys could engage in “swimming, boating, trout fishing in Lake Kawana and along 16 miles of streams, hiking, ‘sleeping out’ on mountain tops, besides athletics and games...”

Good news filtered in as well. Avery County had fewer forest fires than the surrounding counties in early 1925, and had the second-lowest death rate in the state, with only 6.1 deaths per 1,000 people. The town of Crossnore was incorporated in 1925, with Milligan Shuford Wise, a World War I veteran, the first mayor. Also in Crossnore, the congregation of the Presbyterian church moved from a small chapel into its stone and chestnut-bark finished building.

The fire news would change in August, when a fire, said at the time to be the greatest fire in the history of the state, swept through the lower regions of Grandfather Mountain. The Nashville Graphic reported that the fire started from “a burning saw mill and spread to the eastern side of the mountain. Throughout the day and night flames ate into the woods with rapidity, due to the high winds and lack of rain over the area for many days.” An estimated $1 million in property was destroyed.

Students from Crossnore High School ventured to Asheville in August and participated in a “Mountain Opera,” organized by the Asheville Chamber of Commerce. Twenty-seven young people, along with the 10-piece “orchestra” from the school played “dances” that were “marked by the original ‘calls.’”

“The girls at Crossnore School taking great pride in the music and dances of their forefathers” reported the Asheville Citizen-Times, and “are presenting these at this one performance in an effort to stimulate interest in the Art and Crafts Exposition...” It was later reported that the event drew so many people, guests were turned away. The entire event was repeated a week later. All was under the direction of Mrs. Mary Sloop.

Word undoubtedly trickled through the area of the problems that Sloop was having with the school board. The Salisbury Post ran an intriguing article in October 1925, possibly in her defense. “One cannot read the interesting story of Crossnore without appreciating the wonderful achievement. Truly it is a romance, this development in a far off corner of the Appalachian mountains, and we cannot read the story without giving in whisper a prayer of thanksgiving that one beautiful spot in our beautiful mountain section has been so richly blessed by the coming of the consecrated physician, teacher and minister.”

In national news, F. Scott Fitzgerald published “The Great Gatsby” in April; the Chrysler Corporation was founded in June; and WSM in Nashville began broadcasting the Grand Old Opry at the end of November. Yogi Berra, Barbara Bush, B.B. King, Gore Vidal, Johnny Carson, and Robert F. Kennedy were all born that year, while William Jennings Bryan died that year. The most popular movie was “The Gold Rush,” directed by and starring Charlie Chaplin.