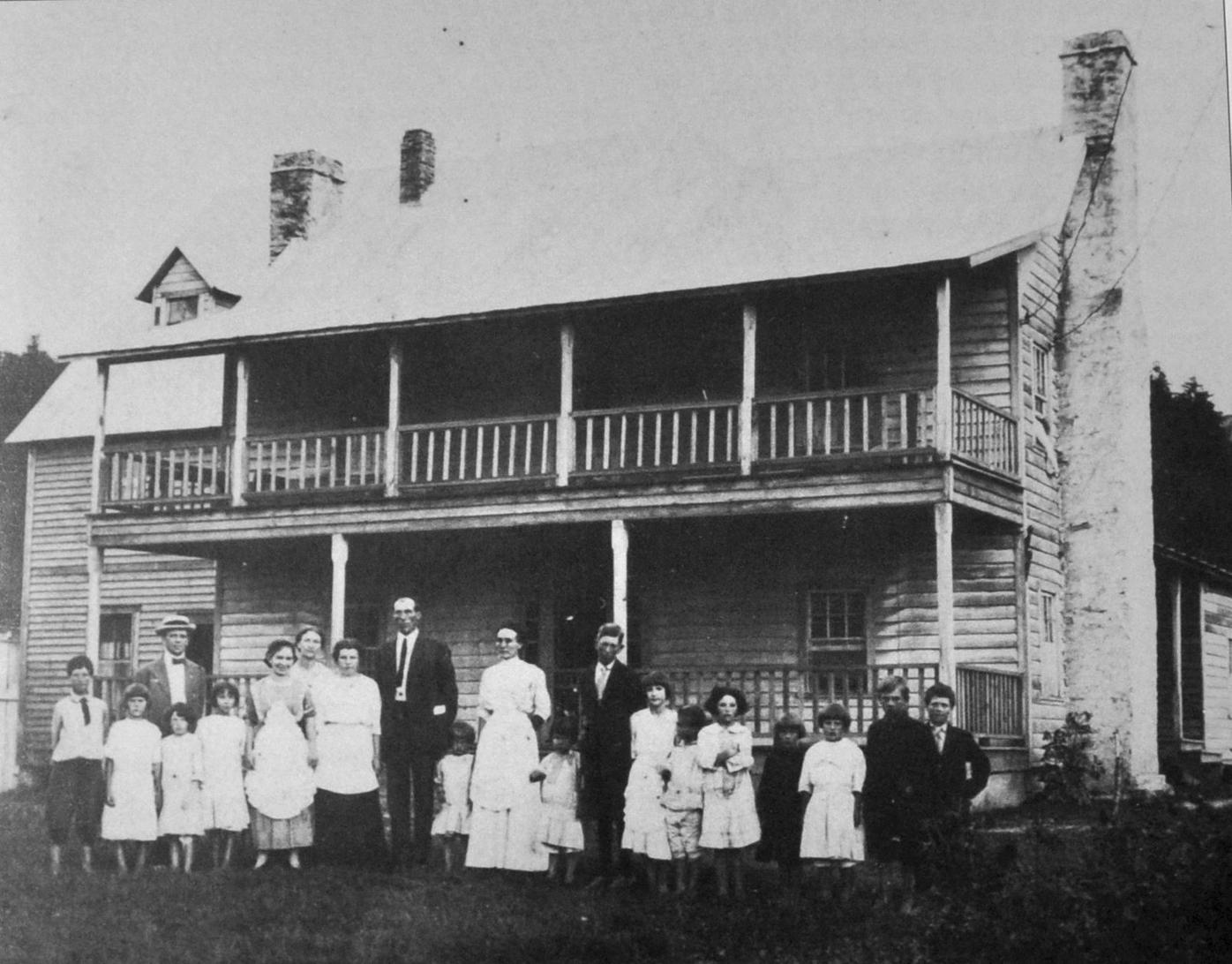 The Grandfather Home staff and children in 1915. 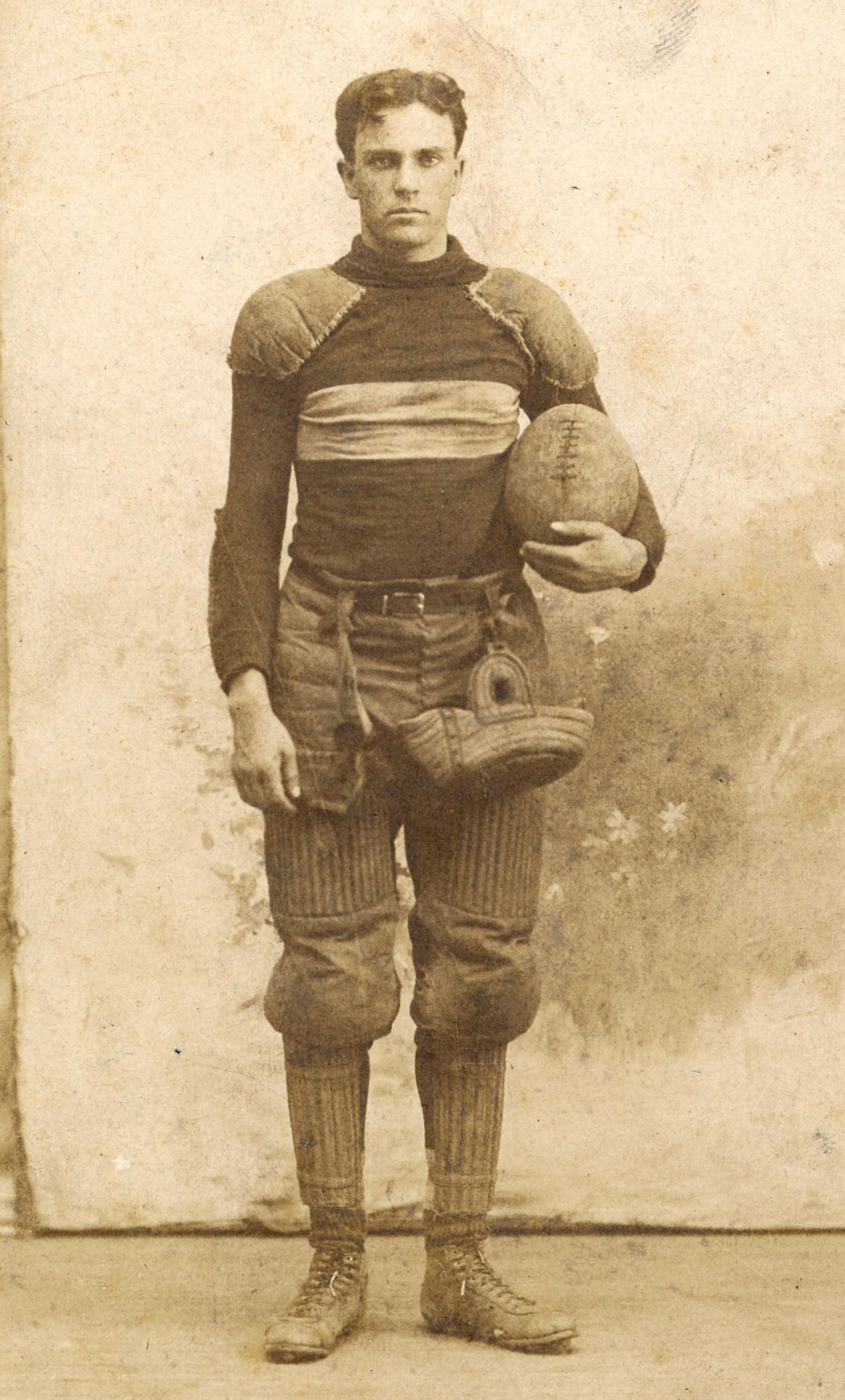 Robert Street was a local man who attended Berea College in the 1910s. 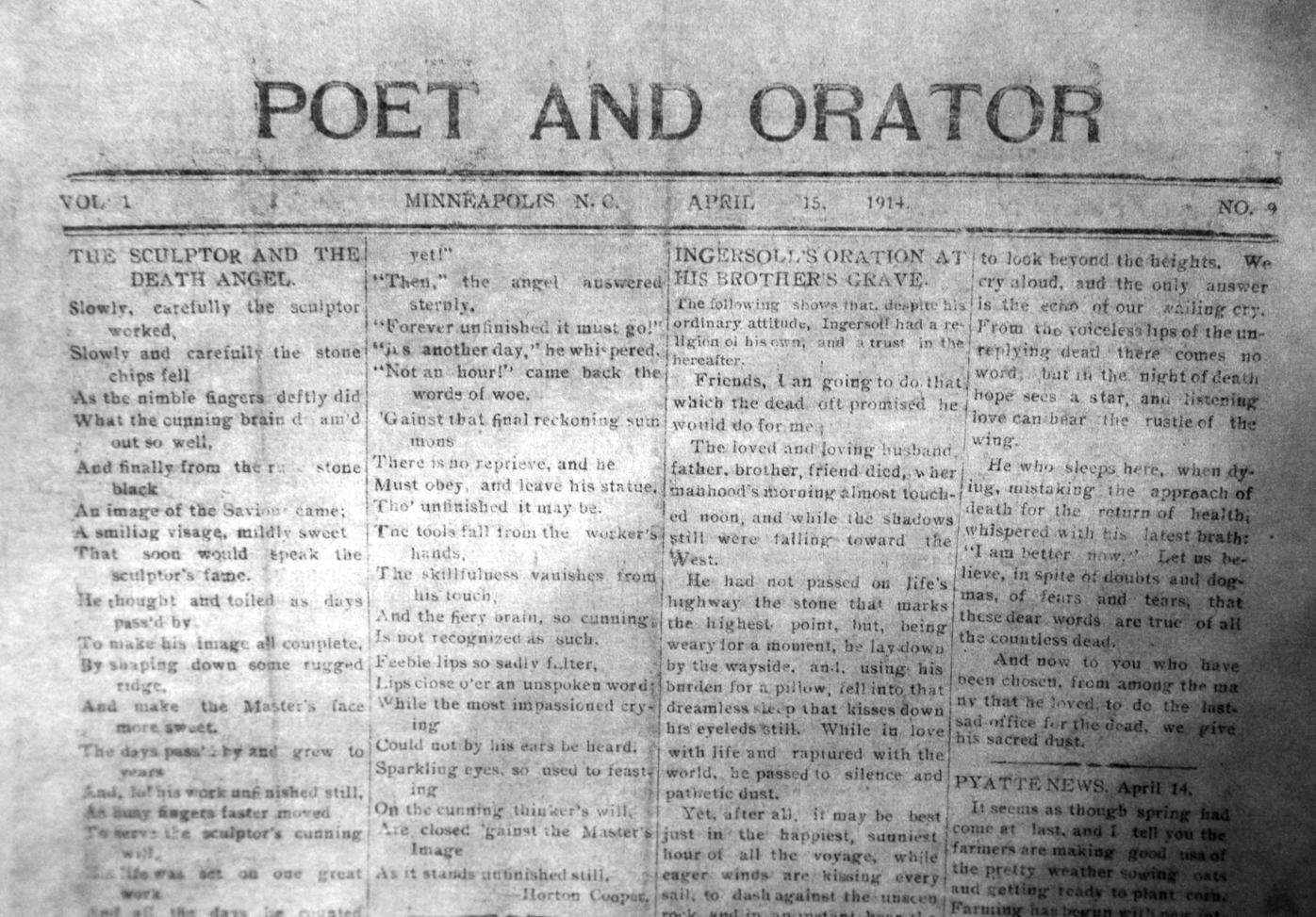 The masthead for Horton Cooper’s

The Grandfather Home staff and children in 1915.

Robert Street was a local man who attended Berea College in the 1910s.

The masthead for Horton Cooper’s

This week, we continue our timeline look at events in Avery County, concentrating on the years of 1914 and 1915.

A day after the 1914 Elk Park fire, the Newland Telephone Company was authorized with a capital stock of $5,000, with an initial investment of $500 by William VonCannon, Fred VonCannon, and E. C. Guy.

The weather was good enough on Feb. 17 for a mass meeting of citizens at the Avery County Courthouse to talk about the roads. Ralph Young was called upon to speak, and explained that the “object of the meeting was to devise ways and means of securing Government aid for the construction of a road from a point near Elizabethton, Tenn., up Doe River and Shell Creek into North Carolina via Elk Park, Newland and Linville...” Resolutions to that effect were adopted and sent to legislators in Congress.

Ten days later, the weather was not so great. The Raleigh News and Observer reported that the Cranberry area was “In Blizzard’s Clutches.” Two days of snow was accompanied by “a biting blast” rendering “all outdoor activities practically impossible.” The temperature was reported as low as five below zero.

In May, the Grandfather Home for Children in Banner Elk was officially opened. The ministry was started by Edgar Tufts, who had already created the Lees-McRae Institute and Grace Hospital. The Holcombs came from Yancey County to run the Home. At first, it was for girls only, until a building could be “fixed up” elsewhere on the old Maple Meadow Farm. The first two girls were Mary Stout and Lucille Painter.

Linville Falls was connected to the Linville Falls Station, in the Ashford community in McDowell County, with telephone service on Aug. 3. This station was a stop on the Clinchfield Railroad.

Horton Cooper started a newspaper in Minneapolis, called The Poet and Orator, in 1914. Later that same year, Avery Herald began publication. According to the Greensboro Daily News, the Avery Herald began in December 1914, with B. H. Lineback as publisher. The location of the newspaper was in Elk Park.

The Grandfather Hotel on Grandfather Mountain, near the current intersection of Hwy. 105 and 184, burned in 1914. That same year, the Methodist Church in Newland was organized. Rev. Lou Hayes was credited as the church’s founder.

Elk Park was again struck by a fire in February 1915. This time, the Avery Hotel was lost. “It seems that Elk Park is very unlucky,” Lenoir’s Weekly News reported.

There was much discussion regarding roads. It was reported that the General Assembly passed a $150,000 bond to improve local roads in February. Yet local people were against it. No one had bothered to ask them their opinion in the matter, and they filed suit against the bond issue.

Also a hot topic was railroads. There was a proposed line from Ivy Gap on the Yancey and Madison County line into Avery County. Another proposed line was from Lenoir, through Edgemont, and into Newland. The proposed line was called the Avery & Northwestern Railroad. When the $100,000 bond issue came up for a local vote on June 2, it was defeated by a large majority.

In late June, it was announced that the federal government had purchased 36,386 acres of land in Caldwell and Avery counties. “This tract will form the nucleus of a national forest known as the Boone National Forest,” the News Herald out of Morganton later reported. Later, the name was changed to the Pisgah National Forest.

That fall, eight Avery County students enrolled at Berea College in Kentucky. The Grandfather Home in Banner Elk reported 16 children under their care. Construction began on the Banner Elk Presbyterian Church. Construction began in October on the Linville River Railway line toward Shull’s Mill. Also in October it was announced that lumberman W. H. Whiting had organized a lumber company in Montezuma.

On Dec. 2, 1915, the Union Republican from Winston-Salem reported that, “The mines here are now running full time night and day and getting out plenty of good iron ore, and shipping on an average of 300 tons a day.”

In North Carolina, the State Highway commission was created in 1915, along with North Carolina’s first state park — Mt. Mitchell.

Nationally, the United States almost went to war with Mexico in the spring of 1914. While resolutions in support of military action were being passed in Congress, American Marines landed at Vera Cruz, an action that claimed 17 U.S. servicemen’s lives. Mediation soothed the tensions of both sides.

Tensions had been brewing in Europe for some time when, on June 28, 1914, Archduke Franz Ferdinand of Austria, the heir to the Austro-Hungarian throne, along with his wife, Duchess Sophie, was assassinated in Sarajevo. By the end of July, Austria-Hungary had declared war on Serbia, and Germany, allied with Austria-Hungary, declared war on Russia. By the end of the next month, France, Belgium, Great Britain, Montenegro, and Japan had also entered the fray. At first, the United States declared a policy of neutrality while, at the same time, supplying Great Britain and the other Allies with munitions of war. However, certain events, such as the sinking of the Lusitania in 1915, coupled with the attacks by German submarines on United States ships, raised American ire. In addition, outrage of suspected German sabotage at the explosions of both the ammunition depot on Black Tom Island in New York Harbor and at the Kingsland munitions factory in New Jersey, helped propel the United States into the war.