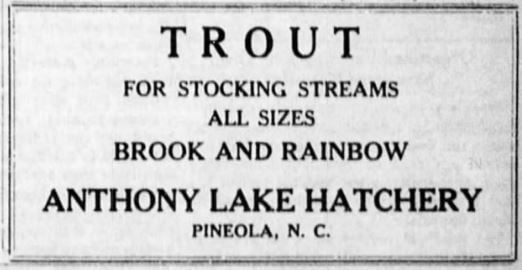 An advertisement from the

for the Anthony Lake Hatchery. 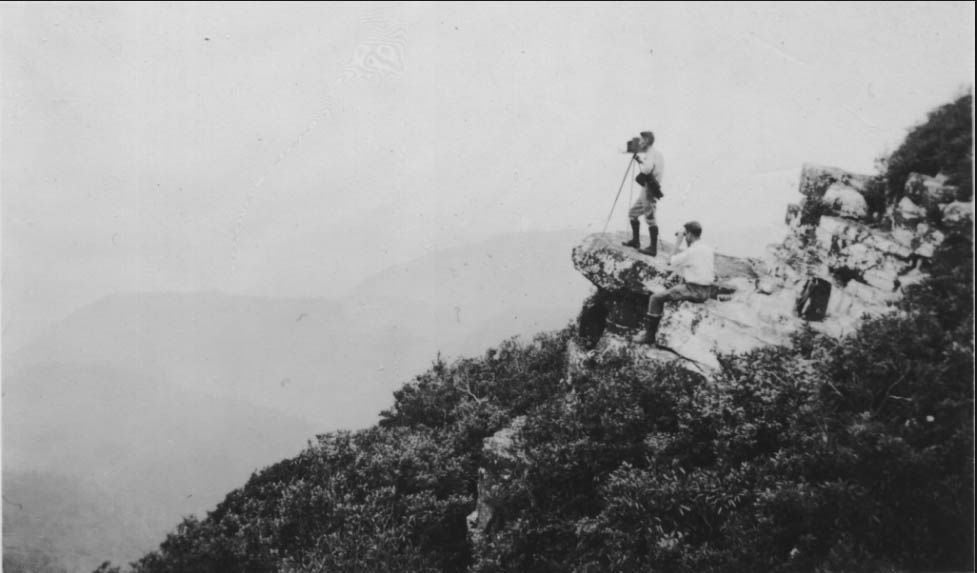 Famed photographer George Masa visited Grandfather and Roan Mountains in the spring of 1932. 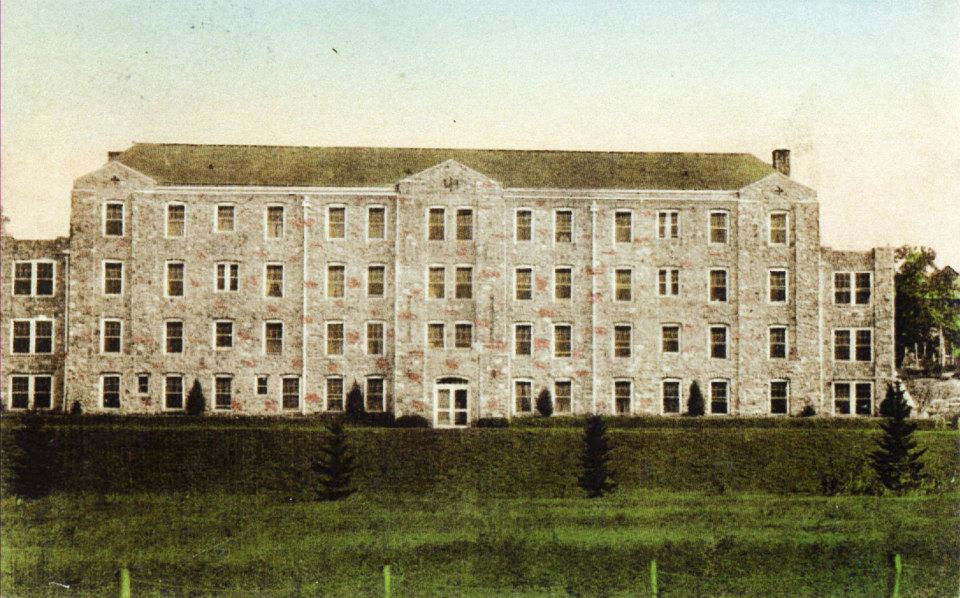 Grace Hospital, the third such structure in Banner Elk, opened in 1932. 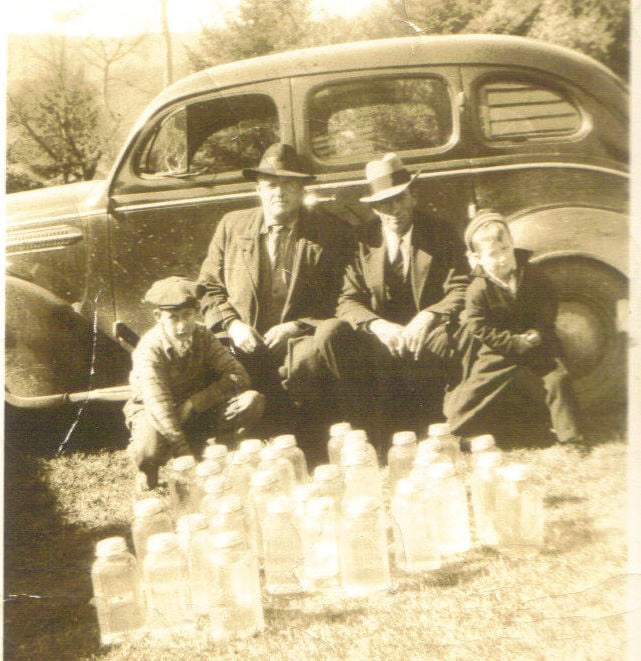 An advertisement from the

for the Anthony Lake Hatchery.

Famed photographer George Masa visited Grandfather and Roan Mountains in the spring of 1932.

Grace Hospital, the third such structure in Banner Elk, opened in 1932.

January 1932 started off with the Avery County Board of Education members D.W. Haga, J.M. Dearmin and Don Farthing being slapped with a restraining order. S.M. Freeman of Roaring Creek was opposed to the consolidation of the Roaring Creek and Minneapolis school and was seeking redress in the court system.

Moonlight schools in Avery County were reported as having great success. It was believed that there were 888 illiterate people in Avery at the time. The Moonlight schools closed in March. It was estimated that about 100 people were enrolled. “The schools were considered a success in that many persons learned to read and write,” a newspaper reported. Schools were reportedly held in Banner Elk, Heaton, Cranberry, Minneapolis, Newland, Henson’s Creek and Ingalls.

Of course, not all of the “moonlight” schools focused on literacy. One was held in Crossnore for local farmers for two weeks in February. Thirty farmers and their wives attended discussions on crops and animals, on budgeting and on grading potatoes.

The Asheville Citizen Times ran an article about the game farm on the campus of Lees McRae College in January 1932. It was reported that they were successfully raising grouse and were branching out to ring-necked pheasants, Bob White quail and Mallard ducks. At the same time, Howard Marmon was in talks regarding giving his Pineola fish hatchery to the state of North Carolina. Included in the deal were 60 acres of land, one mile of fish-rearing ponds, and 1.5 million hatchlings. “Avery County has many a surprise for the hunter or fisherman,” the Asheville newspaper concluded.

Some of the grouse eggs came from Grandfather Mountain. Fred Otts wrote he was given permission to look for grouse nests on the famous old mountain. He found two nests and took a number of eggs. Otts lamented that there were men “cutting and logging everywhere on the mountain. The entire mountainside is being slashed of its virgin stand of balsam and white pine to be shipped to paper mills. Thus a grouse haven is virtually being destroyed.”

One newspaper reported a close call for three local young people. In March, Miss Jo Edwards, Gushie Wilson and Sam Brown fell through the ice near the Linville power dam on the Linville River. All three were rescued by others nearby.

In May 1922, the third Grace Hospital in Banner Elk opened to much acclaim. “This hospital,” the Raleigh News and Observer reported, “is the largest medical hospital in America in a town of this size and refutes the generally accepted theory that a large hospital requires a large population for its support.” Within a 50-mile radius were 100,000 people in nine counties, in two states, that had access to quality medical care. “The new hospital is the crowning peak of the Banner Elk community with its orphanage, its school and its junior college,” reported the Greensboro Daily News.

The North Carolina Press Association met at the Esseola Inn in Linville in July. McCoy Franklin spoke, as did Prof. I.G. Greer from Appalachian State. A trip was planned to the Doe River Gorge for the attendees.

In September it was reported that Daniel Crump, who had escaped from the Avery County Jail, was arrested on Grandfather Mountain. He had been on the lam for five months and was reportedly operating a still.

In late October, Sheriff P.A. Vance, former county commissioner M.G. Keester, and H.W. Weaver, cashier of the closed Citizens bank in Elk Park, were indicted on the charge of “conspiring to defraud depositors of the bank of $16,000.” According to the Greensboro Daily News, the “indictment charges that Sheriff Vance is making a settlement of his obligations to the county tax collector, made on overdraft of $16,000 on the bank, with full knowledge of Weaver and Keester, and that they were co-conspirators in the transaction, it being alleged that the latter two had some knowledge that Vance’s funds on deposit were insufficient to cover the check but they allowed it to go through, resulting allegedly, in a lost to the depositors.”

On Dec. 3, it was announced that the schools in Banner Elk and Heaton were closed until Jan. 4 due to an “epidemic of influenza that is sweeping this section. “Over 100 cases of influenza and several cases of scarlet fever, measles, and mumps” were reported in the Banner Elk area.

Wilburn Hughes became sheriff after Vance. It was reported in late December 1932 that he and his deputies had captured a 40-gallon still one mile from the town of Newland. “A total of 120 gallons of beer was poured out, although no arrests were made.

National events for 1932 included the election of Mattie W. Caraway, the first woman to serve in the US Senate; the Winter Olympics opened in Lake Placid, N.Y.; in May, Amelia Earhart flew from the United States to Ireland; a week later, approximately 15,000 World War I veterans arrived in Washington, D.C., demanding the government pay their military bonus. Two months later, President Herbert Hoover ordered the US Army to forcibly evict the veterans. The Summer Olympics opened in Los Angeles on July 30. On Nov. 7, Franklin D. Roosevelt defeated President Herbert Hoover, while unemployment in the United States stood at 33 percent.