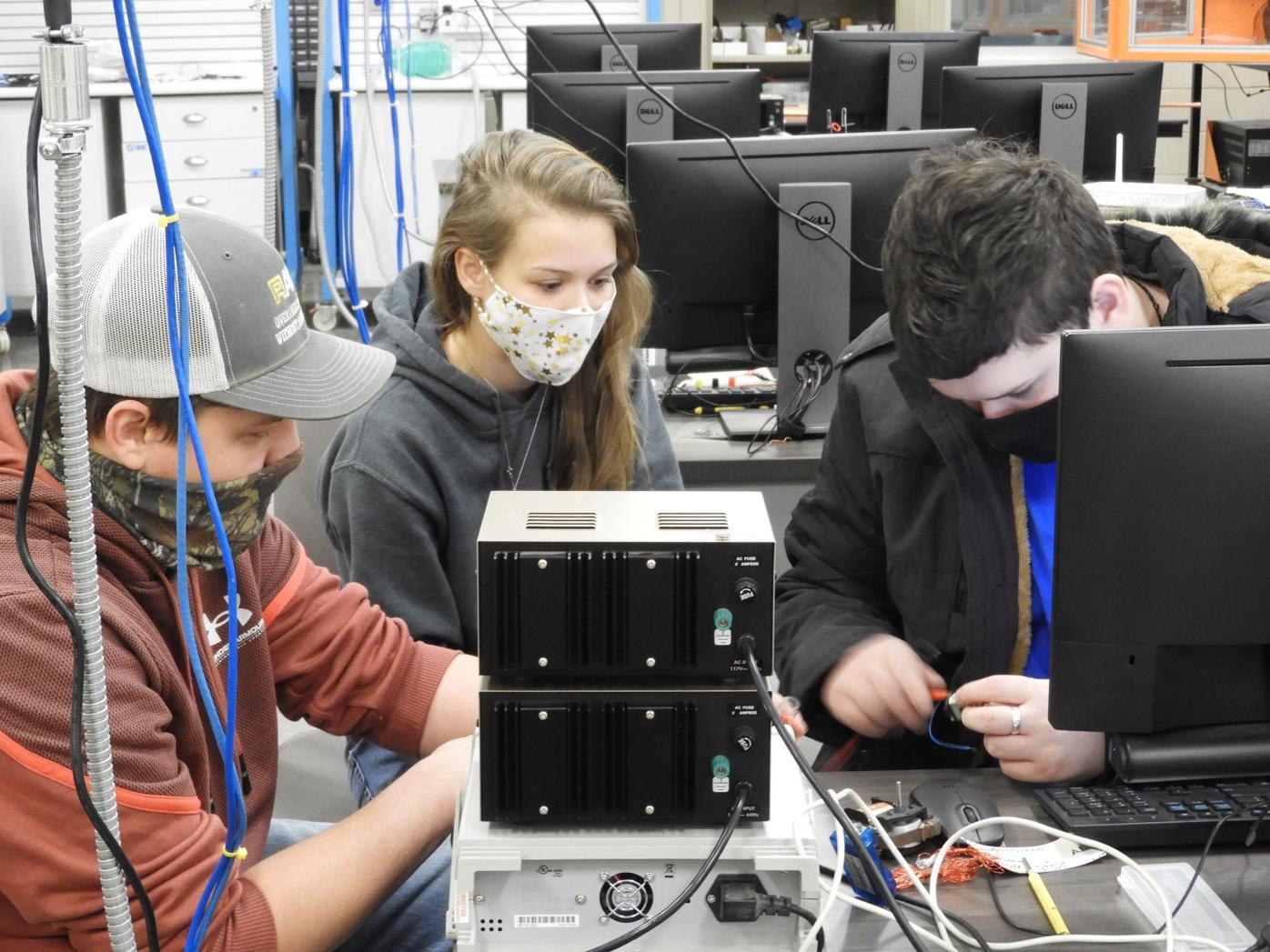 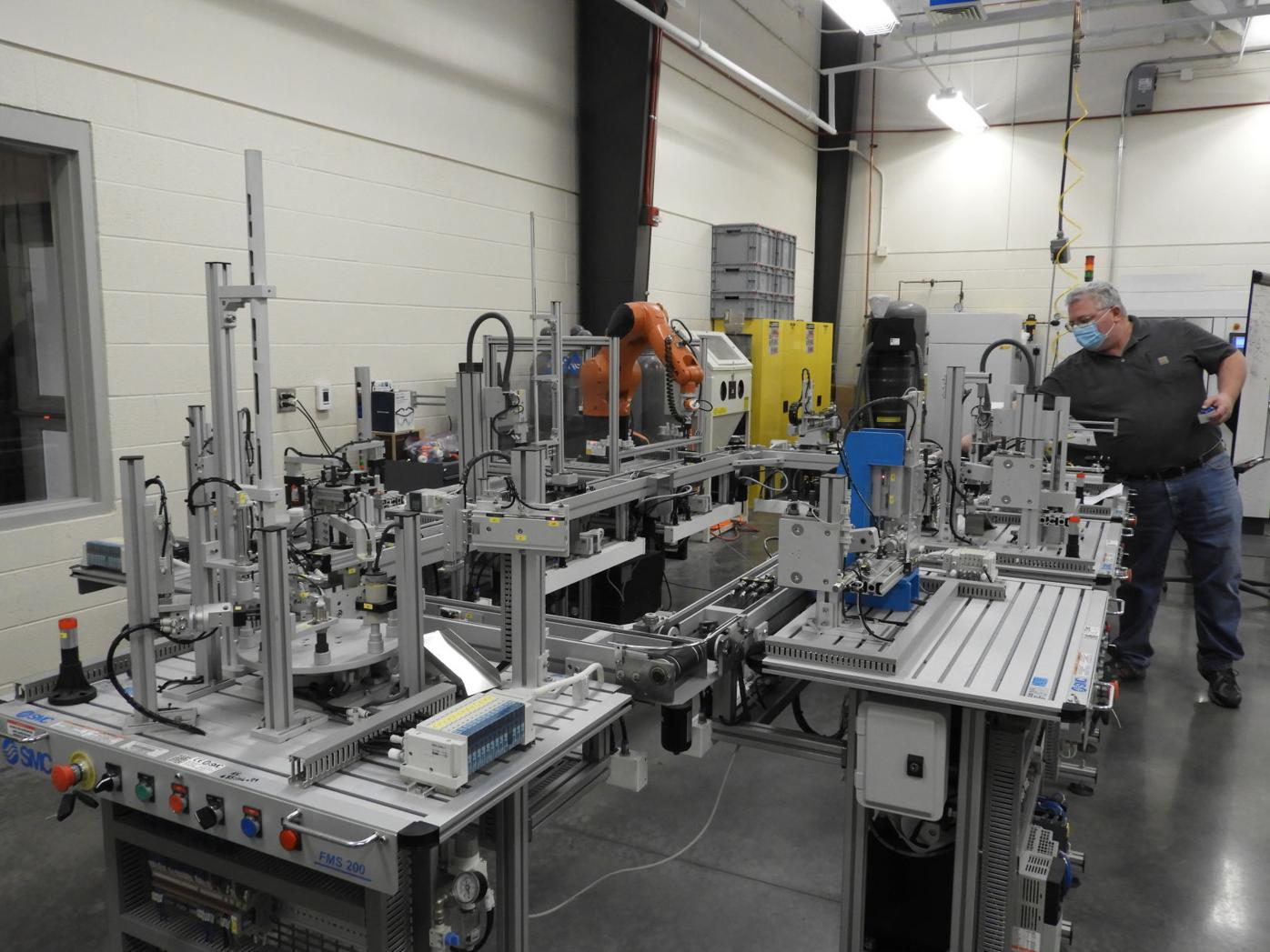 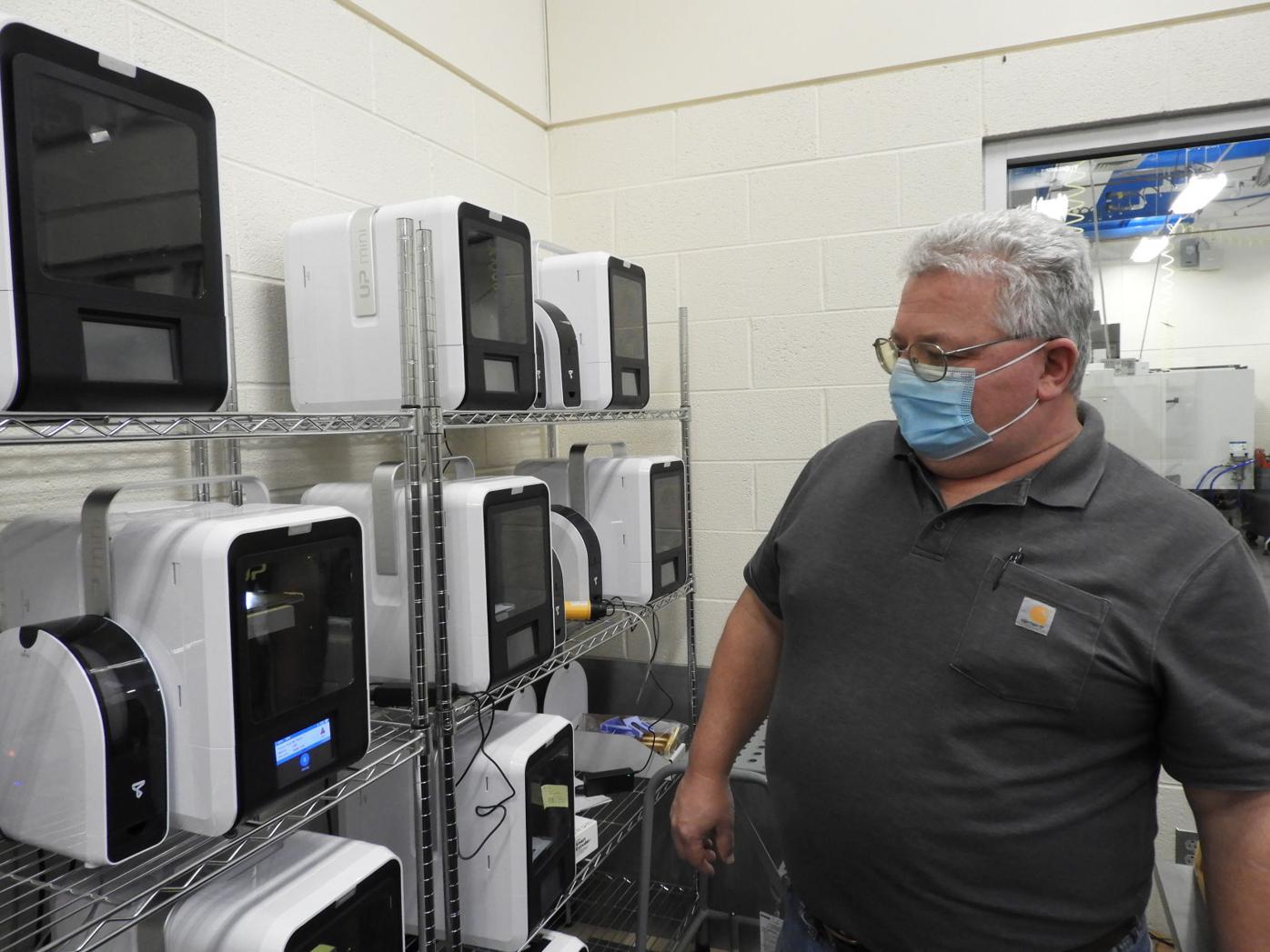 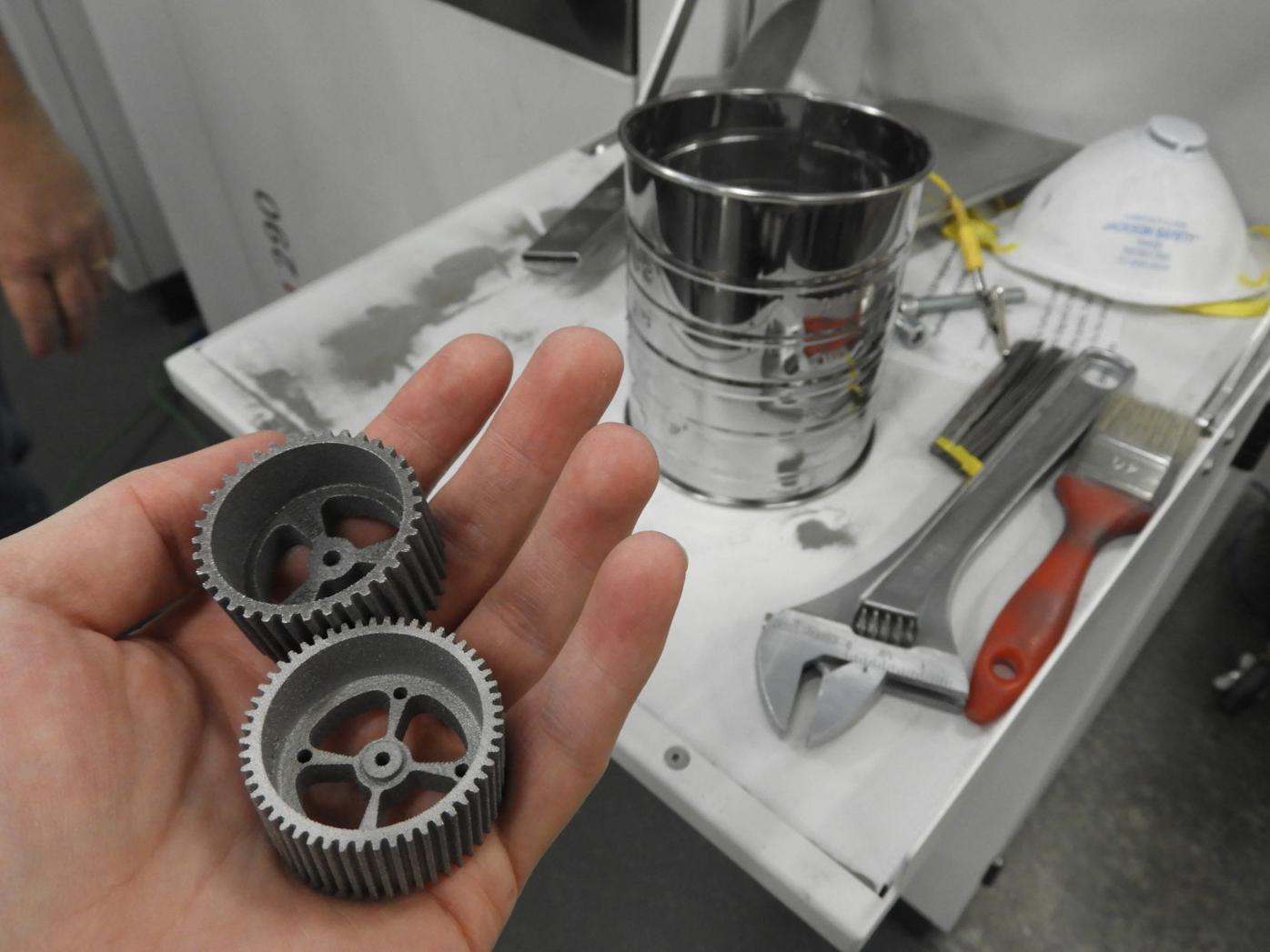 HIGH COUNTRY — The manufacturing industry in the High Country is alive and well. Structall Building Systems is set to join other manufacturing companies in the region, such as Altec Industries and BRP, once it opens its Newland plant later this year. Structall will be looking to hire workers from the local community who can gain the required expertise by attending the Anspach Advanced Manufacturing School at Mayland Community College’s Yancey Campus.

Structall specializes in the manufacturing of building materials, specifically its flagship product, which are energy-efficient Snap-and-Lock insulation panels that are designed for increased efficiency in the building process. Based in Oldsmar, Fla., the executives at Structall are hoping that once the new plant in Newland opens, they will be able to hire qualified individuals who are looking for a long-term career with the company.

“The labor market in Florida is very, very unique. We’ve always had turnover issues, and I think it’s mainly because there is a lot of manufacturing competition around here in general,” Victoria Bowman, Structall’s Director for Strategy and Culture, said. “So as we began to research that labor force, that’s really why we chose (Newland), because of all the terrific feedback about that area in general and how great the people are. The most important abilities are reliability and accountability. The rest of it can be taught.”

Among the skillsets being sought by the company are those of machinists and carpenters. Structall has the capability to eventually expand its door production to the Newland facility, but it will first concentrate on performing specialty cuts at the new plant. Panels will be produced in Florida and shipped up to Newland where they will be hand cut to fit desired home kits.

As for machinists, Structall will be looking for well-rounded professionals who would be able to weld and maintain production equipment. Bowman says that these sorts of tradesmen will be critical as the facility gets up and running.

“We have a full-time maintenance staff on site. It’s just night and day, because (repairs) are not just something you can beat down for a day while waiting for someone to come in and make a repair. So I think there would be opportunity in also having someone who is a little multifaceted like a machinist or a professional tradesman. That would definitely be something that we will need,” Bowman said.

The company will first focus on getting its production functions operating before moving on to hiring sales and retail staff who will eventually be working in the facility’s showroom, where the company’s products will be on display.

Recent progress at the facility includes the removal of the old IRC logo, as well as a renovated entrance. Over the past months, the site’s project manager has been busy running the renovation of the facility after the building set empty and dilapidated for more than a decade.

According to Bowman, the facility is expected to be up and running around summer or fall later this year, with about 30 personnel expected to be hired for a variety of positions, including the ones previously mentioned, when the facility is fully functional. During this intermittent period, Bowman is hoping the company will be able to work with local educational institutions such as Mayland Community College to establish a pipeline to help train students and prepare them for careers in manufacturing.

“I would love to, especially since we’re not built yet, to go ahead a lay that talent pipeline ahead of time or at least have those relationships set up. It would be a great path to success once we’re ready to actually advertise and hire,” Bowman said.

One resource that has been critical for the area’s manufacturing base has been the Anspach Advanced Manufacturing School at Mayland’s Yancey Campus. Students who graduate through the college’s manufacturing program often land jobs at places such as Altec Industries, Bombardier Recreational Products (BRP), Sibelco, Baxter International, Buck Stove and GE Aviation, among other industries.

According to Applied Engineering Program Coordinator and Instructor Lyndell Duvall, the program is aimed at training industrial technicians who are well versed in most of the basic concepts involved in advanced manufacturing. Students progress through the course by designing products using 3D design software and rapid prototyping. Students then take their concepts and produce actual products, whether that be items that go into buses, planes, truck bodies or other machinery. Electronic Engineering Technology and Computer Engineering Technology programs are also available on the main campus.

Moreover, the manufacturing school is aided by its 3D printers, which allow students to rapidly produce their concepts. Mayland is among only four colleges in the state with the capability to 3D print in titanium. With those institutions being Western Carolina University, North Carolina State University and Duke University, Mayland is certainly in good company.

In addition to rapid prototyping and 3D printing, students also have the opportunity to work with CNC machinery, or machinery that uses pre-programmed software that dictates the movement of factory tools. Robotics and automated manufacturing is also part of the programing, allowing students to become familiar with some of the most advanced manufacturing techniques in the industry. To top it off, students who go through the program have several options available to them in order to enter the industry.

“One of our primary goals is to put people into jobs right away,” Duvall said. “We focus a lot on something that is kind of a buzzword in education and that is stackable credentials. Basically what that means is for a student who might be unemployed or looking to get into the workforce, a couple of years is a long time to be looking. So the idea is to bring them in and get them a credential like a certificate that they can use to build toward an associate degree, or later on a bachelor’s degree. What that allows them to do is begin working as an entry level person in a technical field and then work their way through, a lot of times being sponsored by the employer.”

The program allows for three different pathways that students can take to either get their feet wet in the industry or to dive right in. Students can complete the degree program, which takes about two years to graduate from if the student attends full-time. The diploma program takes a year, while the certification programs can take between one to two semesters to complete.

The college’s administration is also working on creating a Certified Production Technician course that will be 16 weeks long and guarantees students an interview with Pratt & Whitney, an aerospace company that is opening a manufacturing facility in Asheville.

“They will eventually create about 800 manufacturing and engineering jobs in Asheville, and they will be primarily hiring in manufacturing. They are looking for all of their students to be trained in engineering, production tech or something technical. They are looking for at least a certificate program at a minimum. It will open up a lot of opportunities for engineering students. Initially, the plan is to hire 150 in the next year or so. Those will be higher paying, high-end jobs and will be a great opportunity for people in this region,” Monica Carpenter, Associate Vice President of Economic & Workforce Development, said.

Mayland’s manufacturing program is geared toward a diverse population of potential students, including those who may be looking to switch professions, as well as high school students entering the workforce for the first time. College staff work closely with juniors and seniors at Mountain Heritage High School in Burnsville, as well as Mitchell High School. A dual enrollment program is also in the works for students at Avery High School, according to Avery County School’s Director of Career Technical and Education Ellis Ayers.

The dual enrollment program allows students to gain college credits when they take an upper level engineering course at the high school. These classes are taught by Matthew Michel and give students a foundational knowledge that can be transferred once students are ready to tackle the college’s more advanced coursework. Ayers hopes that the classes can begin matriculating by the fall semester.

Once Strucall is ready to begin advertising its positions at its factory in Newland, the company will likely already have a vital community resource from which to draw talent.

Furthermore, as additional companies develop interests in the High Country’s manufacturing base, it will only further the area’s economic growth and provide solutions to some of the area’s ailments that are economic in nature.

“We’re going to keep on keeping on, and keep putting one foot in front of the other,” Bowman said. “Every milestone that we hit, it just gives us more and more momentum. So once we get this sewer (connection issue) worked out, I feel like that is going to be the catalyst for moving on with the rest of the project.”

COVID on Campus: Tracking and isolating students was hit-and-miss