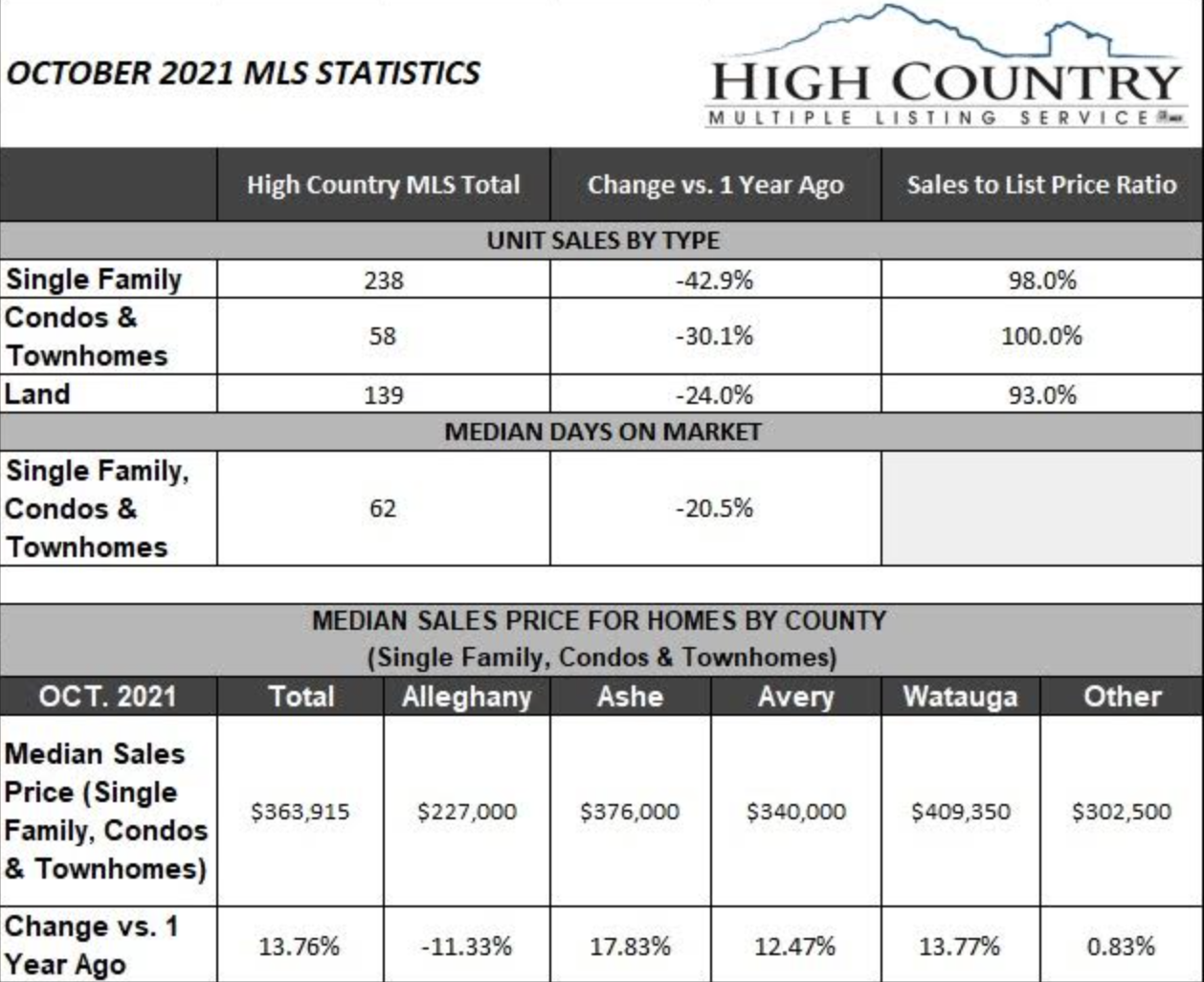 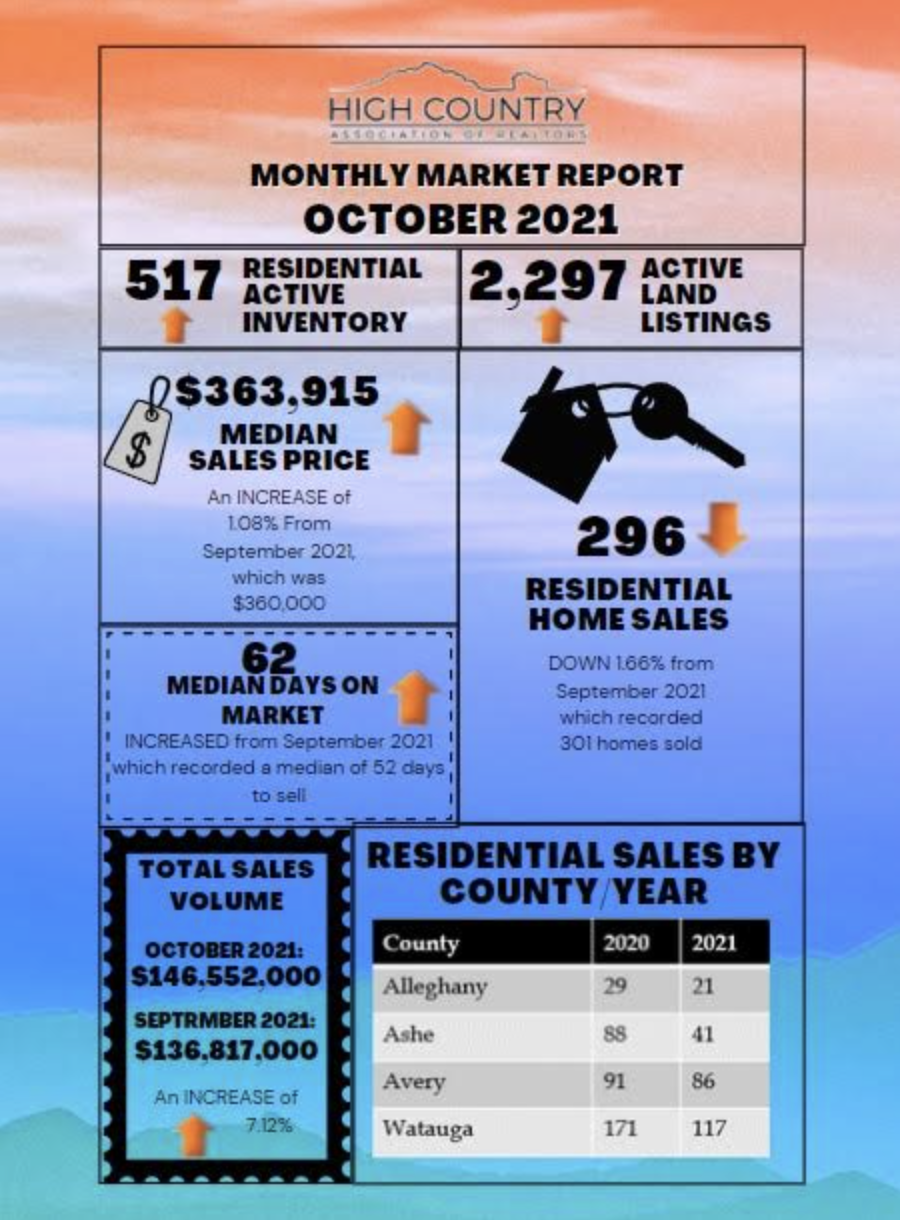 HIGH COUNTRY — Realtors® in the High Country continue to diligently work to find properties for their clients while seeing October as another month of declining inventory, according to the High Country Association of Realtors.

“Home sales have definitely slowed due to a lack of inventory. Land lots are the sale now, as are fixer uppers,” local Realtor® Billie Rogers stated in a press release. “But even with declining sales, the cost of our housing market continues to rise. To further emphasize buyer demand, High Country homes continue to sell for an average 99 percent of their original listing price.”

INVENTORY: The High Country MLS recorded 517 residential properties and 2,297 land listings active at the first of October. When compared to September which saw 504 active listings. October did have a slight uptick in active listings showing in the MLS the first of the month. However, current numbers show November listings dropping to 428 residential properties and 2,317 active land listings as of Nov. 5.

ASHE COUNTY: Ashe County Realtors® sold 41 residential properties totaling over $15.9 million. The median sold price was $376,000, which is an increase compared to the $320,500 median the previous month. Recorded homes sales declined compared to last month, which saw 58 homes sold. The total sold value, which was $18.6 million in September, also decreased for October.

WATAUGA COUNTY: Watauga County Realtors® recorded 117 residential properties selling for over $66.4 million. The median sold price was $409,350, a decrease from the median $429,500 recorded the previous month. September saw 116 homes sell for $63.6 million. There were 28 homes sold for over a million dollars during the month of October in Watauga County.

LAND: High Country Realtors® sold 139 land listings in October 2021, which totaled in value over $17.7 million, we saw the same value total the previous month. However, October saw an increase in sold listings from the 132 land listing sales recorded in September.

COMMERCIAL: For the first time since July 2020, High Country Realtors® sold only 1 commercial property for the month. The property, located on Main Street in Blowing Rock, totaled $970,000.

INTEREST RATES: Mortgage rates rose, topping out around 3.15 percent at the end of October. But after several weeks of increasing, we now see them drop slightly. Currently, 30-year fixed rate mortgages are back down to 3.09 percent as of Nov. 4. Freddie Mac still predicts mortgage rates to rise into the near future due to economic growth and the Federal Reserve rolling back pandemic era stimulus to fight inflation.