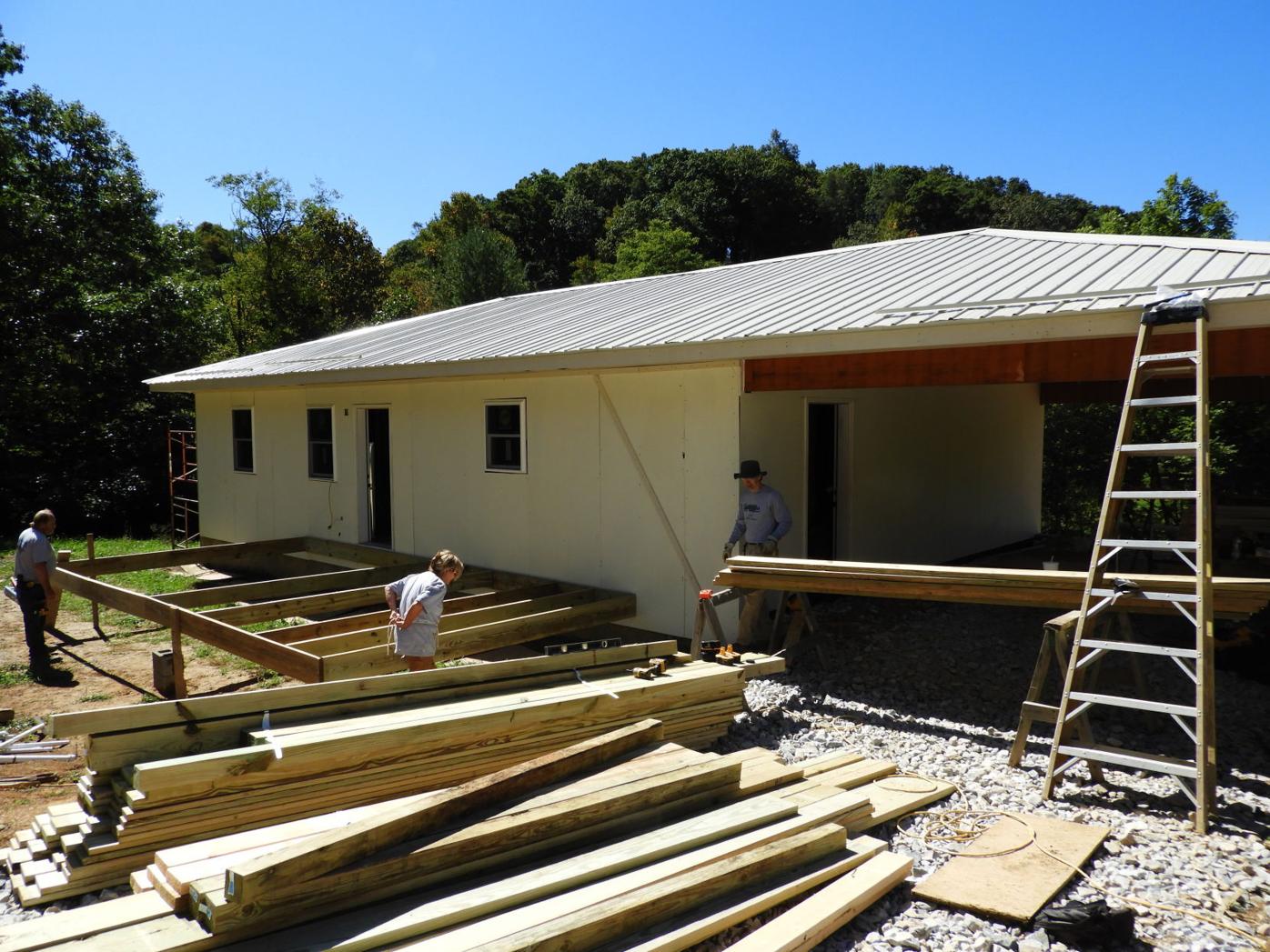 Without any housing developers that build homes at less than $300,000 other than Habitat for Humanity, Avery County officials have been pursuing grants and tax credits to attract potential workforce housing units to be built for working professionals. 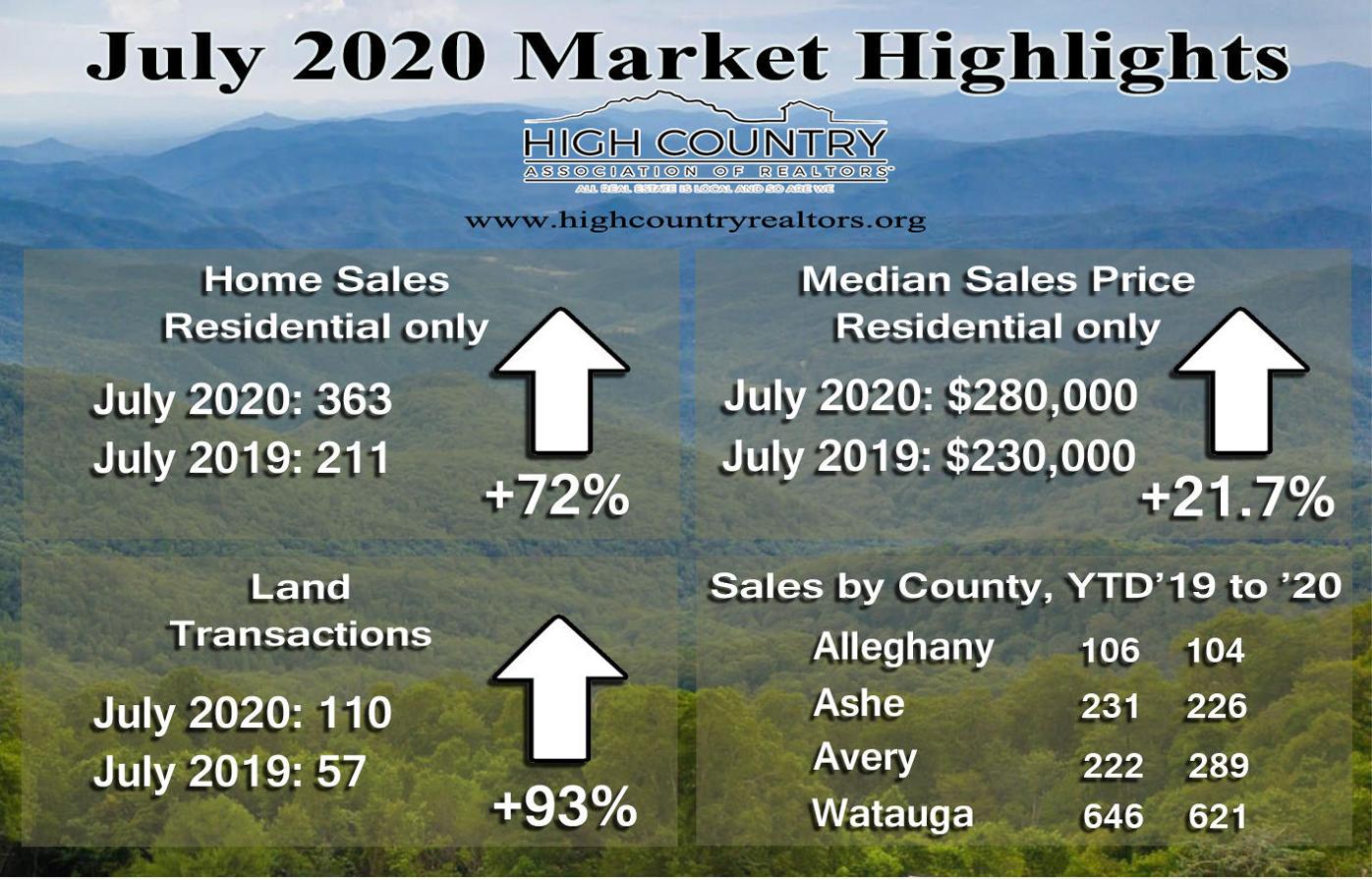 The real estate market in the High Country showed strength in the month of July.

Without any housing developers that build homes at less than $300,000 other than Habitat for Humanity, Avery County officials have been pursuing grants and tax credits to attract potential workforce housing units to be built for working professionals.

The real estate market in the High Country showed strength in the month of July.

Editor’s Note: The following is the third in a three-part series on the current state of the housing market in Avery County and the High Country.

NEWLAND — Despite the unprecedented housing buy-up the High Country has experienced over the summer, there still remains an unfulfilled need in the market: affordable housing.

Factors causing this record buy-up include the detrimental effects the COVID-19 pandemic has had on urban areas, as well as the uptick in crime some of these areas experienced during the summer. However, the main driving factor has been the realization by professionals that they can work from home while living away from the city.

These professionals, who are typically in the latter stages of their careers, have been able to purchase in the upper end of the housing market (homes $800,000 and above), while professionals who are starting families or caring for younger children have purchased homes in the middle rung of the housing market. This area of the market has typically included homes around $400,000, with families being fortunate if these properties stay on the market for more than 48 hours.

With demand for high-priced homes being so strong, developers have been unwilling to build homes within this market for less than $300,000. As a result, working families and early-stage professionals need to have connections within communities such as Avery County in order to access homes within this price range, which were typically built decades ago and passed down through the generations.

The county has been all too aware of this issue, as workers who are employed by local resorts and tourism destinations often have to travel from outside the county to their place of work. County and state employees often face the same circumstance, which prevents employees of the school system and law enforcement agencies from living in the same communities that they serve.

The living situation especially affects the school system, since working families are unable to move into the county due to its housing market, thus causing the school system’s student enrollment to decrease, leading to a decrease in government funding.

In order to remedy the situation, the county has attempted to attract developers to build affordable/workforce housing by offering tax incentives. However, the county only has so much control over access to these tax credits.

“The tax credits, or the federal tax grants, were turned down again for Avery County and this particular investor on the workforce housing apartment complex. It’s not dead in the water,” Avery County Manager Phillip Barrier said. “We’re trying to put together a relationship with A.M.Y. (Wellness Foundation), Dogwood Health Trust and the developers. When you look at our county income, the population and who needs housing, there’s got to be profitability.”

“We want that young married couple that’s just starting out, that school teacher that’s just starting out,” Barrier said. “We’ve got college kids at Banner Elk and we’ve got your subsidized housing. There’s not an apartment complex that rents to just working, starting out folks that can make between $35,000 and $55,000. We hate that the school system the teacher hires can’t find anything to rent.”

State Senator Warren Daniel (R-Burke) has been lobbying the state on the county’s behalf in order to facilitate the grant or tax credit approval process. The grant runs through the North Carolina Finance Agency and legislators cannot always ensure that their constituents are approved.

‘We corresponded with the agency just to tell them that we support the project, have approved it and they have their set criteria. They have a scoring system they use to score the projects and then make the awards,” Daniel said. “They have a limited amount of money, and one of the things that is relevant this year is that the governor vetoed the budget, which would have added an extra $20 million to the program. At least in theory, there would have been some projects that didn’t make the cut that would have otherwise.”

Daniel said that judging from the list of approved projects that the agency released, he could tell that an area’s population was a key factor in whether or not the grant was approved.

“What I gleaned from it was that Avery County is a small population county, and there are not many counties that are smaller than Avery, so it looks like the population must have been a factor because the grants that were awarded went to counties that weren’t small counties,” Daniel said.

According to Barrier, several developers have been interested in land around Newland for a possible development spot for 80 workforce housing units, with the site where an old textile mill once stood near the Fields of Toe apartments as a possible candidate.

Economic Development Committee Chairman Ken Walter notes that rental housing that is not income dependent would provide a huge economic boost for the county, giving entrepreneurs incentive to start or relocate businesses in the county, as well as opening opportunities for families and workers to move to Avery.

“Hopefully someday there will be a developer that sees there is a real opportunity, and I guess one of the things they have been led to believe is that many of the large tracts of land in Avery County are owned by families that have been here for generations. There is a reluctance to depart from that property that is passed from generation to generation,” Walter said. “From the standpoint of economic development, (the housing situation) is a detriment with what we’re trying to do because the migration from urban areas to places like the High Country is under way.”

According to Ned Fowler, Executive Director of the Northwestern Regional Housing Authority, income-dependent housing in the county includes units like the old Elk Park School complex, the Linville Cove Apartments, Fields of Toe Apartments and others.

The NRHA administers housing subsidies to about 2,000 households, or about 4,200 individuals, across a seven-county region, including Watauga, Avery, Mitchell, Yancey, Ashe, Alleghany and Wilkes counties. There are at least 70 such units in Avery County. Tenants in these units, which are typically owned by “mom and pop” landlords, must be earning 50 percent or less than the average median area income in order to qualify for housing choice vouchers or other subsides. Fowler said that the seven-county area is unique in that, due to high demand, there is regular turnover in subsidized units despite an overall national unit shortage.

The median annual income in Avery County is $55,000, and those who live in income-based housing within the county are usually older than 65 and supplement their rent through Social Security. The Department of Housing and Urban Development (HUD) and local housing authorities contract with private renting landlords to make their units available to some of the county’s less fortunate.

All in all, the lowest end and the highest end of the housing market in the High Country are covered, while the middle rung is experiencing a market failure.

Famous protests in US history and their impacts