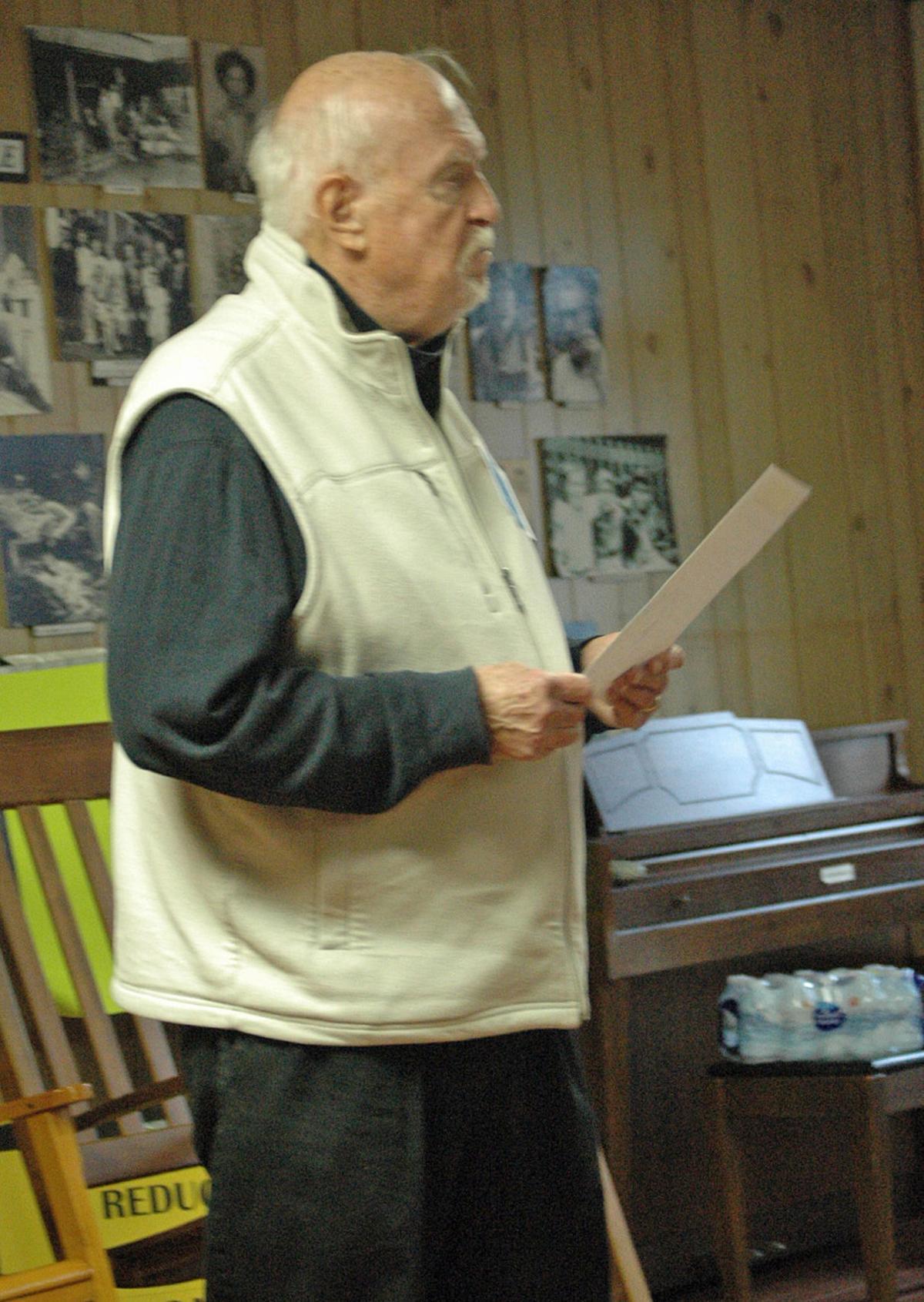 CROSSNORE — Seven candidates running for political office under the banner of the Democratic party appeared at the Tudor Vance Meeting House in Crossnore on a damp and cool Friday, Jan. 3, to share their views and introduce themselves to the local electorate.

Candidates were given a timed period of approximately three minutes to introduce themselves, elaborate on themselves and the planks of their campaign platforms and connect with those in attendance who sought to ask questions or receive additional information to assist in their selection process during the 2020 primary and general elections.

In attendance to make presentations on behalf of their state government campaigns were Michael Barrick, candidate for NC Senate, and Ted Remington, running as candidate for the NC House seat being vacated by current Republican representative Josh Dobson, who is vying for the office of NC Commissioner of Labor.

Barrick noted that he has been politically active for more than 30 years in Caldwell County, as well as his belief that North Carolina should be at the top of the nation in per-pupil funding in education, is committed to expanding Medicaid, as well as advocates natural resource protection.

Remington, who resides in Marion and was clad in traditional Scottish attire for the event, shared his commitment to his family and to the voters, as well as his desire to abolish the North Carolina Lottery, noting his belief that it drains tax money from education and its lack of sustainability.

The event also featured candidates seeking the vote to win election to office in the US House of Representatives’ NC-11 District. With the recent announcement by current Republican Rep. Mark Meadows of his retirement from the seat, a number of candidates have lined up from multiple parties to throw their hat into the political ring to earn election.

Five Democratic candidates were on hand in Crossnore to share about their personal and political views, including Michael O’Shea, Gina Collias, Steve Woodsmall, Phillip Price and Moe Davis.

O’Shea, who refers to himself as a progressive Democrat, shared foundations of his campaign that include a $15 living wage tied to inflation, federal expansion of funding for education, increased teacher pay and a return to “traditional Appalachian mountain values.”

Collias shared her experience as a community activist and involvement with civic organizations throughout her career, noting she was a former Republican who seeks to uphold Social Security, provide a “Medicare For All Who Want It” public option, and focus on infrastructure of roads and bridges, along with greater Internet connectivity.

Woodsmall expressed that the election comes down to who can win in November, noting his military background serving in the US Air Force and as a government contractor, adding that politicians work for the people. He has served on the Transylvania County Planning Board and encouraged voters to research his background, adding the Crossnore event was the 177th event he was part of since declaring for office.

Price highlighted four primary areas of his campaign, including investing in universal health care, investment in public education, investment in the environment and renewable/sustainable energy which included the hemp industry, and the building/rebuilding of infrastructure.

Davis, who served for 25 years in the U.S. Air Force, noted that he was chief prosecutor for the military commissions at Guantanamo Bay. Davis shared that his father served in the military and later himself joined the military out of honor to his service, and that he had worked for former NC Attorney General Rufus Edmisten. Among his campaign highlights were policies that lift the working class, investment in teacher pay, energy independence and honesty in government.

Moderating the event was Avery Democratic Party Chairman Dick Crews, who welcomed a near-capacity audience into the meeting room before requesting that a moment of silence be observed in memory of longtime party member, Avery County Board of Elections member and Minneapolis resident Johnny Canupp prior to the candidate speeches.

“I thought this was a great event. We have five candidates running for Congress and four of them will not win. In some offices we’ve struggled to find people to run,” Cruz said following the event. “I was delighted with the turnout. We joined the new district at the beginning of this year and early voting begins Feb. 13, so we felt it important to get out front and have these candidates visit our county early.”