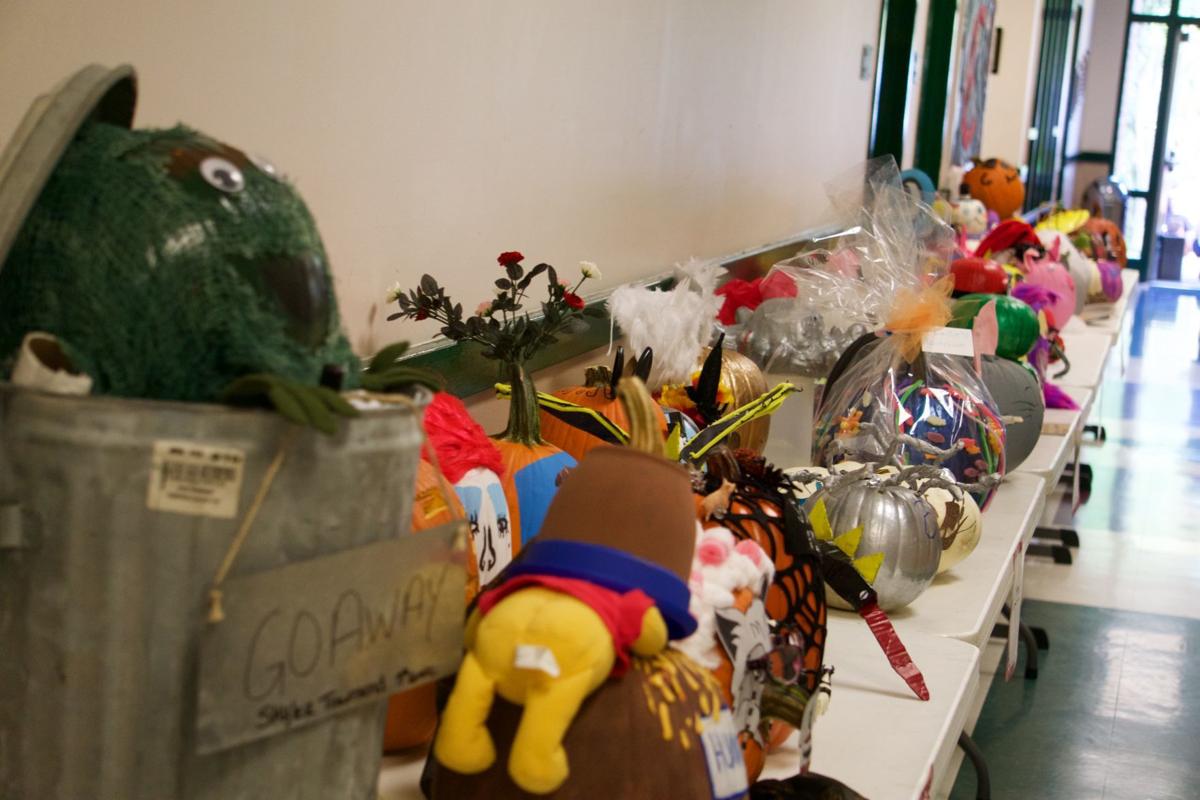 A look at all the pumpkin decorating contest entries. Students submitted gourds of all shapes, sizes and colors for the contest. 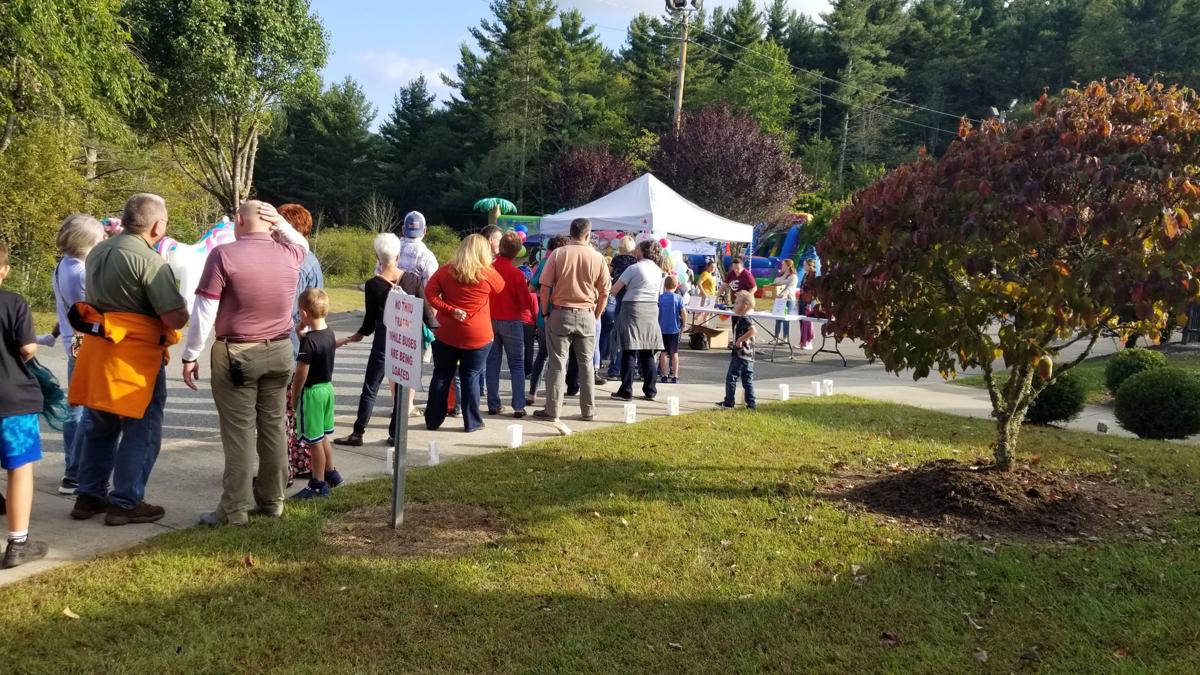 Families lining up at the entrance to the festival.

A look at all the pumpkin decorating contest entries. Students submitted gourds of all shapes, sizes and colors for the contest.

Families lining up at the entrance to the festival.

CROSSNORE — Crossnore Elementary School held its annual Fall Festival on the evening of Sept. 20 at the school.

The school was decorated to look like a storybook, with Chick-Fil-A on offer for dinner, games, inflatables and a pumpkin-decorating contest among other activities. All of the games were book themed as well.

Families packed the school’s parking lot before the festival even began, with cars parking along the road in front of the school stretching in both directions as a constantly expanding line formed at the entrance to all the inflatables set up in the school’s bus parking lot.

CES Principal Matthew Bentley said the event draws kids from other schools, and even pulls middle school students who graduated from CES and want to come back to interact with their old teachers.

The money raised at the event benefits the PTO, which purchases ink, paper and other consumables the school does not receive funding for. Parents donate much of the food, which keeps the overhead for the school and the prices low.

Bentley said the school keeps the prices low enough to allow all families to enjoy the festival, but still manages to raise between $2,000 and $4,000.

“We can’t do it without our parents,” Bentley said.

Bentley said the school spends the entire previous week working on setting up the festival.

The festival dates back more than 30 years to the old facility which is now part of Crossnore School and Children’s Home.

Crossnore High School reunions are still hosted in the facility that houses the gym on the campus of the children’s home.

The most recent addition to the festival is the inflatables, which were added about a decade ago, and now the activities are split between the games and the inflatables.

Are these social distancing methods safe?

Here's what you need to know about SpaceX's historic astronaut launch