A night before Steve Smith’s last meeting as a member of the BOE, he thanked the county for its cooperation with school system in building projects such as the high school tennis courts, football field, Banner Elk Elementary and the high school project. Steve began his service for school system in 1972. 'I can’t thank you all enough for everything you have done for the school system over the years,' Smith said. 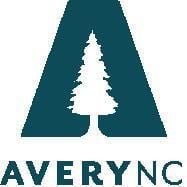 The Avery County Board of Commissioners held a joint meeting with the board of education on Tuesday, June 23.

A night before Steve Smith’s last meeting as a member of the BOE, he thanked the county for its cooperation with school system in building projects such as the high school tennis courts, football field, Banner Elk Elementary and the high school project. Steve began his service for school system in 1972. 'I can’t thank you all enough for everything you have done for the school system over the years,' Smith said.

The Avery County Board of Commissioners held a joint meeting with the board of education on Tuesday, June 23.

The first order of business was related to the roof at Crossnore Elementary. Earlier in the year, the BOE agreed that a metal roof would be best suited to adorn the top of the school.

“We’re ready to begin the project as soon as funding is allocated,” Jaynes said.

The school system received a total of four proposed bids for the project. The lowest bid came in at $1.4 million, with the highest coming in at $1.8 million. The actual contract for construction comes in at $1,162,800 plus the engineering fee, which is 7.5 percent of the total cost. To make it cheaper, project engineer Nelson Hall suggested reducing from a 30-year warranty to a 20-year warranty without changing any other stipulations to the deal. The county would save about $50,000 and be in charge of maintaining the roof.

“We went back and looked at the last 50 projects that were over about $400,000, and starting about 2016 to now, the prices have doubled. This is a pretty good price, taking all things into consideration, including labor, the coronavirus issue, [et cetera],” Hall said.

According to Jaynes, an initial report that the school system provided in 2016 detailed what caused the roof’s shingles to deteriorate and the roof to become leaky. The report did not mention rafters needing to be replaced due to water damage. Presently, there are three active leaks that the school has had to accommodate. Leaking areas include the front office, the media center and in front of the gymnasium along with other smaller areas in which water is able to enter the building.

“Every time it rains, there is water leaking into the building. The way it’s been lately, it’s been leaking a lot. They did identify where the water’s coming in. They’ll caulk it, but then what happens is the water goes past that and finds another area to get in,” Jaynes said.

In total, the project comes in at $1,602,510 with the 7.5-percent engineering fee, which includes the discount of $50,000 due to the warranty adjustment, as well as $80,000 for the groundwork. The county will need to approve a budget amendment of $915,760 at its next commissioners meeting in order to finalize the project.

BOE member Steve Smith reiterated to Hall that the same level of quality is expected even though the warranty period had been reduced.

“We want the same craftsmanship by the workers as if they were putting on a 30-year warranty roof. We don’t want any shortcuts in craftsmanship,” Smith said.

Hall said he could start by the end of July if the county were to give him a notice to proceed.

Barrier floated the question that if the county were to wait until next Spring when COVID-19 would presumably be over, if the county might be able to get a bid for a better price. Hall responded by saying that any time that a job is bid more than once, the price increases by 10 percent.

The board of commissioners will decide on the project during its next meeting on July 6.

Avery County Schools Superintendent Dr. Dan Brigman said that Avery Middle School has had “tremendous success” with its stand-alone air conditioning unit project. The maintenance team had installed a test unit, which is able to keep the room at a stable temperature between 68 and 70 degrees. The school system is looking at what it will to take to install throughout the entirety of the school. According to Jaynes, each unit will cost around $2,000 and 25 units will need to be purchased, totaling the project at approximately $50,000.

“In the process we’re trying to determine if we could have the same concept installed by a licensed professional and what the cost would be,” Jaynes said.

Jaynes reported to the commissioners that it took about a day for the maintenance team to install the unit, meaning that to install all 25, it would take nearly a month.

The maintenance team, therefore, would be devoted to that project during the summer and would not have time for its normal process, such as changing air filters, cranking up chillers as well as other preventative and unforeseen demands. Jaynes does not yet have an estimated price from the contractor.

At Cranberry Middle/Freedom Trail Elementary the new unit is on the dock. Jaynes said the school will begin installing the new unit within the week. Additionally, Jaynes mentioned that the boiler may not be installed before children return to the building on August 17, but it will be functioning before October.

The Avery High School renovation project is moving along steadily. Brigman said that the completion date continues to be a moving target, with the most recent date given being on April 2021. The school system is in the process of following up with the architect and general contractor to see if they can receive a recovery schedule to be “trimmed back up” to the original completion date.

In January, the board was told the project would be completed by Christmas time at the end of the year.

“It was quite a surprise to all of us that that’s where we are,” Brigman said.

The school system has received notice that piping is completed, a safety fence is being put up around the side of the school and that construction crews had hit some rock while digging out a trench. COVID-19 has impacted the labor force as electricians had to stand down for 10 days while quarantining.

According to Brigman, contractors cannot use COVID-19 as an excuse for an extension of their contract per prior contract agreements.

As the boards’ last matter of business, Barrier updated the board members on a previous meeting between himself, Dr. Brigman and W.A.M.Y. Community Action members in which WAMY committed to providing after-school services to the parents of Avery County.

Barrier said that the organization will be pursuing grants and is working with the Department of Social Services to become accredited. The organizational entities will also be looking at state funding in order finance the program.

Matchwell and Signature HealthCARE: A New Partnership to Revolutionize Access to Clinical Staff for Healthcare Communities