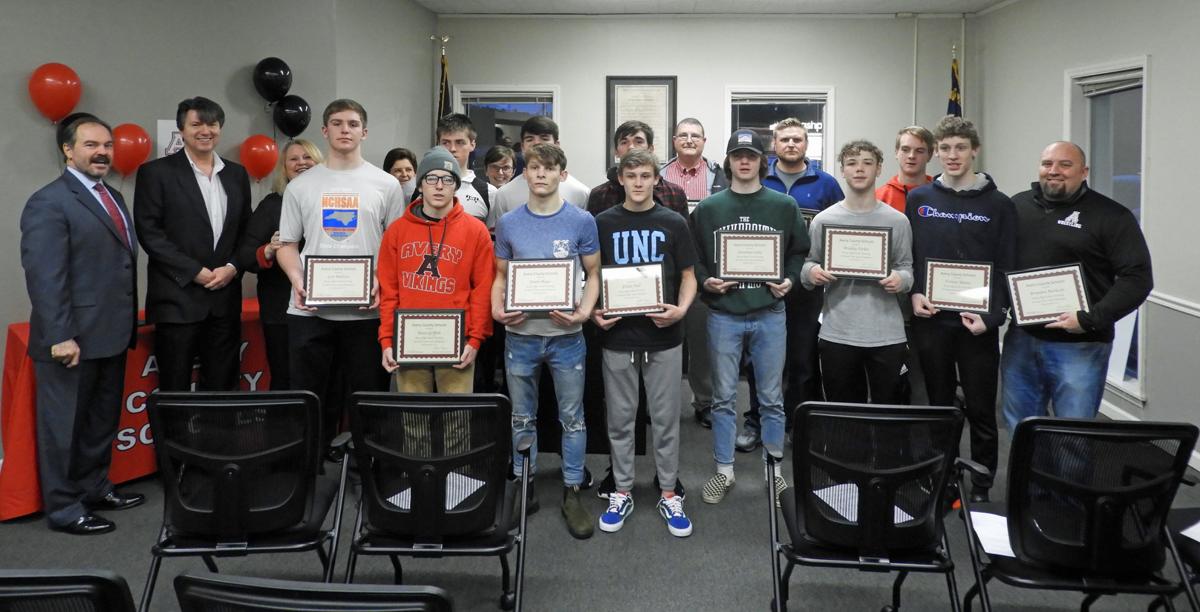 The Avery County High School wrestling team was recognized by the Avery Board of Education at its Feb. 11 meeting for winning the 2019-20 NCHSAA 1A Dual Team State Championship earlier in the month. 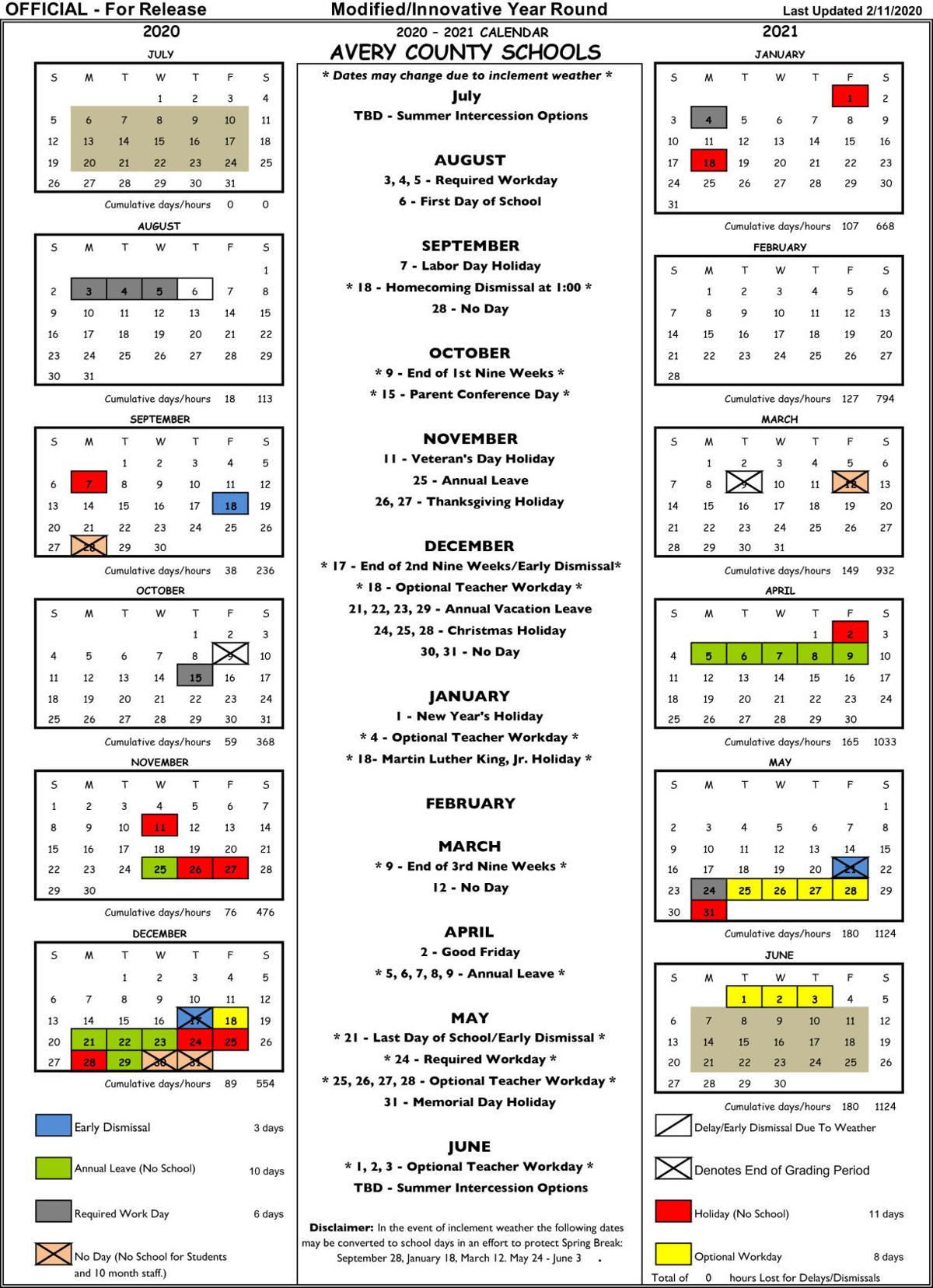 The 2020-21 school calendar was approved by the Avery County Board of Education at its Feb. 11 meeting.

The Avery County High School wrestling team was recognized by the Avery Board of Education at its Feb. 11 meeting for winning the 2019-20 NCHSAA 1A Dual Team State Championship earlier in the month.

The 2020-21 school calendar was approved by the Avery County Board of Education at its Feb. 11 meeting.

NEWLAND — The Avery County Board of Education approved the 2020-2021 year round school calendar at its monthly meeting on Tuesday, Feb. 11.

Similar to last year’s calendar, the semester starts two weeks earlier on Aug. 6 as opposed to Aug. 20, which would be customary of traditional school calendars. Changes from last year’s calendar include an early dismissal date on Friday, Sept. 18, winter break will begin a day earlier with an early-dismissal day on Thursday, Dec. 18, spring break will begin a week earlier on the first Friday of the month (April 2), and the last day of school will be Friday, May 21. The new calendar also gives administrators the flexibility to add an additional day in the case of needing to make up a day due to inclement weather.

The changes come after the school system made a survey available to parents and staff in which they received approximately 500 responses. The survey found that 75 percent of respondents were in favor of the early start to the school year, 83 percent agreed on having exams before Christmas break and 81 percent agreed on the high school testing times being in line with the community college and university system in time for enrollment.

Finance Director Jeff Jaynes explained to the board that all scheduling decisions are meant to ensure student success.

“The rule with testing is that it has to be within the last five days of the semester,” Jaynes said. “Scheduling that Friday [May 21] as an optional workday allows the high school to begin the test season a day early. Then, if we have to make the decision to make that optional workday a school day, then that gives them an extra day for makeup.”

According to Parlier, one snafu included the grading of the entrance of the bus lot, which was expected to be already completed. The delay is due in part to the trench around the lot needing to be dug eight feet deeper. Board members mulled over three different options to keep the project from being pushed back another two months before deciding on spending $96,000 on crushed rock to fill the gap. The decision was made in part to avoid any legal issues between the school system and the contractors and to keep the project moving forward. A potential delay payment could cost the school up to $100,000.

During the recognition portion of the meeting, the board recognized the Avery High School wrestling team for winning the NCHSAA 1A Dual-Team State Championship, the first team state title for any sport in school history.

Board members are preparing to renew their classroom technology lease as the current one is set to expire. Once a price is decided on for new equipment, the school system will refresh its fleet of Apple products and sell its current devices once it receives a price estimate for them.

Avery High School Principal, Phillip Little expressed interest in pursuing an insurance policy on the technology in order to keep families protected from exorbitant prices in the event that a student accidentally breaks a piece of equipment.

In addition, the board will move ahead with the decision to place a metal roof on Crossnore Elementary School in accordance with the engineer’s recommendation. The BOE also approved six field trips, including the JROTC trip to Ohio in February, the FFA trip to Greensboro, the Key Club trip to Durham, the AEOP/JSHS trip to Concord in March and the fifth-grade trip to Charleston in April.

The next regular monthly meeting of the Avery County Board of Education will take place Tuesday, March 10.